What Are Diane Arbus’s Most Unusual Photographs? 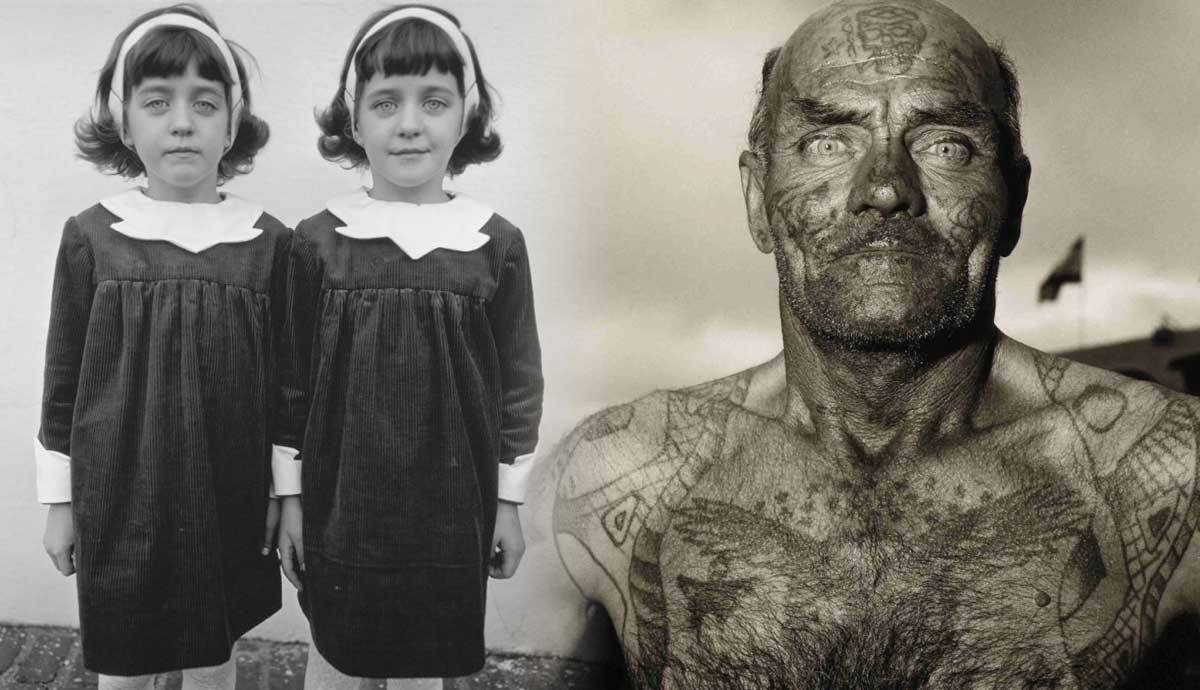 American photographer Diane Arbus is without a doubt one of the most influential voices of the entire 20th century. Her striking, visually arresting, and sometimes deeply controversial photographs from the 1960s to the early 1970s documented people from all walks of life, particularly those on the fringes of society. The sitters for her socio-documentary style photographs range from drag artists and circus performers to nudists and individuals with developmental disabilities. And who can forget her infamous Identical Twins, 1967, that went on to influence Stanley Kubrick’s terrifying scene in The Shining, 1980?

Diane Arbus deliberately sought out adversity, and her images present us with the gritty truth of life, rather than the picture-perfect idealism of mass media and advertising. It is the truth-seeking nature of her photographs that has captivated audiences around the world, and sometimes provoked controversy and criticism. Here are just a handful of her most compelling images.

Child With a Toy Grenade in Central Park, 1962

Diane Arbus took many of her most iconic photographs during her many walks through Central Park, where she encountered a diverse stratum of people. In this particular photograph, Arbus has photographed a young boy who plays with a toy hand grenade. His strangely tense body language gives the boy an eerie quality hovering somewhere between the innocence of childhood play, and an undercurrent of violence and aggression. The simmering tension Diane Arbus captured in this image has made it an emblem of the 1960s, at a time when various strands of socio-political turmoil were beginning to emerge.

Diane Arbus was fascinated by the complexities of gender and identity at a time when many queer individuals still lived on the fringes of society. She took numerous photographs of transvestites in intimate settings, often ‘backstage’ while getting ready. Here she has photographed a young man dressing up as a woman in his home, with long nails and curlers in his hair. Caught suspended in a moment of transformation, he becomes an ambiguous figure with both masculine and feminine traits.

Arbus’s Identical Twins, 1967 is one of the most famous and compelling images of all time. It documents two seven-year-old twins standing side by side in matching outfits at a Christmas party for twins and triplets. While the two girls at first appear remarkably alike, it is their differences that give the image an unsettling and uncanny edge, as if looking into a mirror and seeing a reflection that is ever-so-slightly off kilter. Diane Arbus asks us, in this image, to look for what she calls the “differences in identicalness,” a reminder that we are all individuals with our own human quirks, rather than identikit models.

A Jewish Giant at Home with His Parents in the Bronx, 1970

Another of Arbus’s most compelling photographs documents the famous circus entertainer and actor Eddie Carmel, known as the ‘Jewish Giant’, looking over his seemingly diminutive parents in their family home. Arbus’s photograph documents the gulf that has formed between Eddie and his parents as a result of their physical differences. She also highlights various points of conflict between the parents and their child; the parents wear formal clothing and stand stiff and upright, while Eddie wears a crumpled, untucked shirt and hunches over. Diane Arbus noted that Eddie had recently begun working at a carnival, a job his parents disapproved of, and this tension between parents and child is evident in the image, while also a universal theme that many can relate to.

Arbus visited a carnival in 1970 on a photography assignment and she was fascinated by the eccentric characters she encountered there. The ‘Tattooed Man’ seen here is, on the one hand, an archetype of a fearsome warrior, covered head to toe in tattoos, with tense muscles and body hair. Yet Arbus photographed him with a powerful flash in order to capture every fine detail. This bright light also caught the man’s piercing, soulful eyes, lending him a complex quality and asking us to question our preformed ideas about who people are underneath the surface.

The Counterculture Hippie Movement of the 1960s and 1970s