The 4 Bloodiest US Civil War Battles

General Grant’s campaign in Virginia included four Civil War battles, which he called, “no advantage gained to compensate for the heavy losses.”

No battle plan ever survives contact with the enemy. In his overland campaign, General U.S. Grant planned to destroy the Confederate army and capture Richmond. Grant’s opponent Robert E. Lee’s superior defensive skills delayed and disrupted the plan, and inflicted thousands of Union casualties. From the Union Army’s running the gauntlet in the Virginia Wilderness to the siege of Petersburg, about 55,000 Union soldiers died in frontal assaults on dug-in Confederates during a series of Civil War battles.

The worst of the carnage was at Spotsylvania and Cold Harbor. The most spectacular and madcap–and foolish–was at the Crater during the siege of Petersburg, where Union miners dug a tunnel and detonated 6,000 pounds of gunpowder beneath the Confederate position. In the end, the Confederates lost the numbers game. While the Union absorbed more casualties, the Confederates could not match the North’s resources in manpower, equipment, and supplies. This article chronicles those bloody Civil War battles with their gruesome “butcher’s bill” of heavy casualties on both sides.

Historians rate the outcome of this battle as inconclusive.

Result: Heavy casualties in impossible terrain, but unlike his predecessors, Grant did not withdraw. He kept moving south.

On May 5, 1864, General U.S. Grant began his “Overland Campaign” to take Richmond and end the Civil War. The opening battle took place in a wild, vine and scrub overgrown area in central Virginia known simply as “The Wilderness.” In Grant’s own words, “more desperate fighting has not been witnessed on this continent than on the 5th and 6th of May.”

The desperation arose from close quarters of the battle area. Grant’s army had the numbers; about 100,000 to the Confederates’ 60,000 plus. He also had better artillery. Those advantages were both trumped when Lee jumped the Yankees before they could get through. In the end, both armies had to disengage. In the words of Grant, “…the fact of having safely crossed (the Wilderness) was a victory.”

So, the Battle of the Wilderness was Grant’s “right of passage” in his first encounter with the legendary General Robert E. Lee and his seemingly invincible Army of Northern Virginia. Lee may have been a brilliant tactician and strategist, and Grant was, admittedly, no genius. But Grant realized and relentlessly adhered to what he recognized as the grim truth of the matter: The South would lose the war of attrition with the North.

Historians also rate the outcome of this battle as inconclusive

Result: Grant collected his dead and withdrew and continued his stubborn march south.

Just five days after the Battle of the Wilderness, instead of giving up and heading home, Grant decided to continue his Overland Campaign. His casualty rate (about 2,000 per day) was staggering, and Lee had dealt him somewhat of a defeat in the Wilderness, but Grant ordered his subordinate Meade to march the Union army southeast towards the little crossroads town of Spotsylvania Court House.

That Confederate stand was behind prepared “works” – piled trees, berms, trench works – which the Confederates quickly erected in a “mule-shoe” shaped line of defenses. Again, the Union had the advantage in numbers (about 100,000 to the Confederate 60,000).  Also, Grant chose a frontal assault against well-entrenched defenders, whose disadvantage in fewer numbers was overcome by their protection.

The fighting at Spotsylvania focused on what appeared to be a weak point in the Confederate lines. There was a place along the northern neck that formed a natural angle. On the first day’s fighting, this weakness nearly resulted in a Confederate defeat as the Union army overran and captured about 2,000 Confederate defenders, only to be routed and pushed back during the disorganized chaos of the aftermath.

Again, Grant knew, and Lee must have also realized, that as much as the Union army bled at Spotsylvania, the Confederate bleeding was far worse because southern manpower was just about bled dry. Lee must have also viewed the endless Yankee supply wagons proceeding south into Virginia as an even more portentous sign of Confederate hard times to come.

Historians rate the outcome of this battle as a Confederate victory.

Cold Harbor was a bleak crossroads in Virginia due east of Richmond. Desperate for a breakthrough and to end the war, General Ulysses S. Grant ordered a futile frontal assault on well-entrenched Confederate lines that proved impregnable. Said Grant years later:

“I have always regretted that the last assault at Cold Harbor was ever made…At Cold Harbor, no advantage whatever was gained to compensate for the heavy loss we sustained.”
From the Personal Memoirs of U.S. Grant.

The entrenched Confederate defenses at Cold Harbor required a frontal attack that would eventually result in what is known in battle jargon as “enfilading.” To enfilade is to fire on the attacking enemy from one side.

Eyewitnesses estimated over 7,000 Union casualties in the first 20 minutes of the battle. One Confederate reported that the open ground facing the rebel defenses was covered with Yankee dead two and three deep.

The tragedy of Cold Harbor was that the Union Generals should have known better. George Meade, Grant’s subordinate, was in charge of the attack. Meade’s experience as the defender at Gettysburg should have been a clue. At Gettysburg, Yankee fire mowed down thousands of Lee’s men as they walked into the meat grinder of Cemetery Ridge. That experience should have convinced Meade of the futility of attacking a well-entrenched, heavily armed enemy.

Historians rate the outcome of this battle as a Confederate victory.

Result: The Siege of Petersburg, VA began in earnest. War would continue until April 1865.

The Battle of the Crater is best summed up by the Union’s Commanding General, U. S. Grant, who said it was “the saddest affair I have ever witnessed in the war.” At the cost of over 5,000 casualties for both sides, at the end of the day, nothing had been gained by a bold Union plan to blow a hole in the Confederate lines at Petersburg.

In a stunning demonstration of “Yankee ingenuity,” Pennsylvania miners dug a ventilated, 500-foot mine with an end chamber 20 feet below the Confederate lines. They packed this end chamber with about 8,000 pounds of black powder.

The original plan was to have the assault led by a highly motivated division of Black soldiers after the blast, but Grant, fearing the outrage of abolitionists in the event of heavy casualties, substituted a division of white soldiers. That division, selected by drawing straws, was led by an incompetent alcoholic, Brig. Gen. James Ledlie.

The miners detonated the powder at 4:45 a.m. on the morning of July 30, 1864. The deafening explosion, smoke, and debris swept away an entire Confederate regiment and battery. Ledlie’s division did nothing for almost an hour, apparently awed by the spectacle and noise of the explosion. The detonation resulted in a chasm 170 feet long, 60 feet wide, and 30 feet deep—meanwhile, Brig. Gen. Ledlie cowered in his command shelter hundreds of yards away from the scene, getting drunk.

The debacle began as Ledlie’s men, untrained and poorly led, charged into, rather than around, the crater. Inside the crater, they were trapped in loose soil and unable to climb up and out in any direction.

The stunned Confederates rallied. They trained their artillery and sharpshooters and fired volley after volley into the milling and confused Union troops. General Burnside, Ledlie’s superior, then compounded the blunder by sending his entire 9th Corps, including the Black division, into the fray. The result was a compressed tangle of men with nowhere to go and exposed to deadly Confederate fire. The killing lasted for most of the day.

In the end, the Confederate lines held, and the Union called off the assault. Petersburg would hold for another eight months until the Confederates could no longer hold out against the expanding Union lines. Lee would attempt to break out and eventually be bottled up at Appomattox, where he would surrender. The Battle of the Crater, however, would remain as probably one of the worst ideas Grant ever bought into.

The Aftermath of the Wilderness Campaign

While Lee and Grant were slugging it out in the east, William T. Sherman began his march through Georgia to the sea. The news of the fall of Atlanta on July 22, 1864, was a much-needed boost to Union morale. The political price of the high casualty rates and the long struggle could have cost Lincoln a second term.

The siege of Petersburg lasted until Lee abandoned the city on March 25, 1865. He surrendered the Army of Northern Virginia to General Grant at Appomattox on April 9, 1865.

Lincoln’s Democrat opponent was former Union General George McClellan. McClellan won only 22 electoral votes. If McClellan had won the election, he would likely have made peace and allowed the Union to break up. The cultural divide between North and South would have continued. The victorious Civil War generals of the North saved the Union. 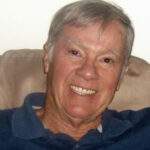 By Curt SmothersBA History & Social SciencesCurt holds a BA in Social Sciences and History from Chapman University in Orange, California. He is a retired Navy officer and college vocational education specialist. He has traveled the world, observing first-hand the culture and history of Asia, Europe, and Latin America. His college studies were US history from the colonial to the Civil War periods. Curt’s lives in Highlands Ranch, Colorado, with his wife of over 50 years.

6 Famous Generals of the Civil War: The Good & the Bad
By Curt Smothers, in Stories