HomeStories5 Jobs Taken Up by Women in World War I

5 Jobs Taken Up by Women in World War I

World War I saw women take up a range of jobs they had never completed before. This societal shift changed the world of work for good. 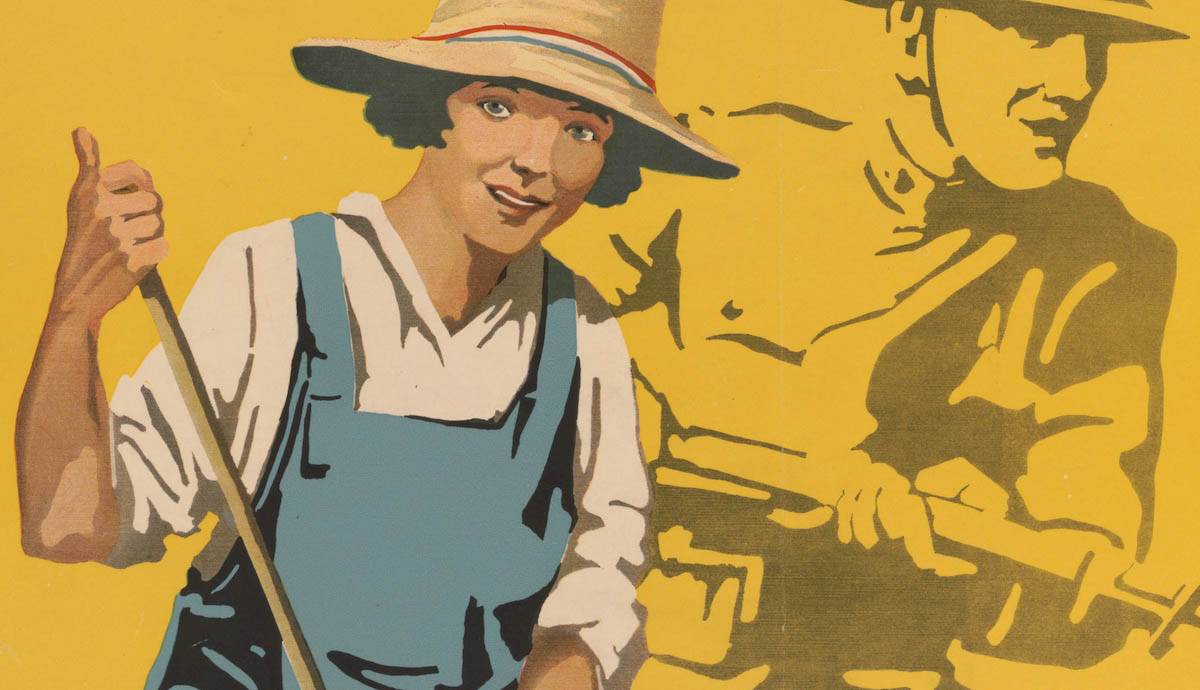 World War I was a period of extraordinary change – technological, medical, and social. For women, the war offered unprecedented opportunities. With men called up to serve with the armed forces, countries turned to women to take up the jobs they left behind. Many women were already employed. But for most women in World War I, war offered the chance to step away from life at home or in traditional female roles and try something new. Below are just five examples of the jobs taken by women in World War I.

Production was vital for all sides during World War I. The steady supply of everything from bullets and shells to gas masks was crucial for success on the Western Front and in the other theaters of the war. But with male populations increasingly depleted by the ever-greater demand for soldiers, it was up to women to fill in the gaps.

Most critical of all were the munitions factories. Following the “Shell Crisis” in Britain in 1915, the government appealed to women to volunteer to take up jobs in these factories to increase production. Around the same time, the number of German women working in munitions also rose. America too saw the same influx of women following its entry into the war in 1917.

Although all three countries employed large numbers of women in the manufacturing industry prior to 1914, for many, it was their first opportunity to move away from jobs in household service and other more traditional female roles.

These “Munitionettes,” as they were known in Britain, were relatively well paid, but their work could be dangerous. Working with machinery resulted in frequent accidents that could leave women missing fingers. The large amounts of explosives posed an ever-present threat. In 1917, an explosion at a factory in Silvertown, London killed 73 people. There were hidden dangers too. Women filled shells by hand with a mixture of trinitrotoluene (TNT) and cordite, despite the known hazard posed by these chemicals. The effect of direct contact turned the women’s skin and hair yellow, earning them the nickname “Canaries.”

In all cases, there was significant opposition to the employment of women in these roles. Women faced open hostility from their male counterparts and were paid as much as half their wage. Trade unions raised concerns about what would happen when the war ended in Britain, and men returned to find their posts filled. German industry remained heavily reliant on men in “reserved occupations,” and plans were drawn up to lay off the female workforce as soon as the war was over.

2. Women In World War I: Nurses Were Vital

The destructive power of the new weapons employed during World War I resulted in unprecedented casualties. Over 57,000 British soldiers were killed or wounded on the first day of the Battle of the Somme alone – an indication of the scale of human destruction inflicted by both sides.

In 1914, the British Army had strict rules on nursing staff and only accepted fully trained nurses serving with the Queen Alexandra’s Imperial Military Nursing Service. The massive casualties suffered in the offensives of 1915 changed this and the call went up for nursing volunteers. Across Britain, the Red Cross raised Voluntary Aid Detachments (VADs) made up of men and women with little or no medical training. Most VADs carried out less-skilled jobs such as cleaning, handing out meals, and changing beds. However, those who received additional training were dispatched to military hospitals to work alongside professional nurses as “Special Service” VADs.

With the entry of the US into the war in 1917, young women signed up in their thousands to join the American Red Cross as well as the Army and Navy Nurse Corps. Many nurses arrived in France before the American Expeditionary Force themselves.

Whether professional or a VAD, life as a nurse meant facing the cruel realities of 20th-century warfare. It also meant hard work. During major offensives, nurses worked long shifts with little time for rest or even food. Nurses weren’t necessarily safe from the dangers of war either, with some working close to the front lines.

Perhaps the most famous nurse of World War I was Edith Cavell, who worked in German-occupied Belgium. She helped smuggle hundreds of Allied soldiers out of German territory until her arrest in 1915. In October of that year, she was tried and sentenced to death by firing squad. Her execution prompted outrage in Britain and the US, with her image appearing on propaganda posters throughout the war.

As soon as the war began, women pressed for more opportunities to contribute to the war effort, including roles within the armed services. In Britain, the Women’s Army Auxiliary Corps was formed in 1917 and attracted over 50,000 volunteers by the end of the war. The roles fulfilled by the women of the Auxiliary Corps were limited to the likes of catering and administration – but that didn’t mean they stayed out of danger. More than 80 women in the WAAC were killed during the course of their service. The Women’s Royal Naval Service and the Women’s Royal Air Service were also established during the war. In total, over 100,000 women in World War I joined the British armed forces.

The women of the US were no less enthusiastic about enlisting. Thousands took advantage of the vague wording in the Naval Act of 1916 to enlist in the naval reserves. The Navy recognized the opportunity to free up more men from administrative duties and began actively recruiting women. They went on to take up roles as truck drivers and radio operators, as well as carrying out clerical duties.

In 1917, General John J. Pershing identified another opportunity for women to contribute. To tackle the issue of communication on the Western Front, the Signal Corps Female Telephone Operators Unit was established. Women who could speak both English and French were recruited into the new unit and became known as the “Hello Girls.”

The US and Britain both saw the opportunity to supplement their armed services with a female workforce. But neither permitted women to fight. That wasn’t the case elsewhere. In 1917, Russia began creating women’s battalions, including the 1st Russian Women’s Battalion of Death led by Maria Bochkareva.

Flora Sandes was the only British woman to officially serve as a soldier during World War I. She initially traveled to Serbia as a nurse. But when the Serbian Army was forced into retreat by an invasion by German, Austrian, and Hungarian forces, Flora joined up as a private and served on the front line. She rose to the rank of Sergeant Major and received the Serbian Order of the Kara-George in recognition of her bravery. She survived the war and died in 1956.

4. Thousands of Women Signed Up to Work On the Land

They say an army marches on its stomach. In that case, growing sufficient food to keep them marching is a critical aspect of winning a war.

Farming was another area that saw its workforce significantly reduced during the war. Once again, women stepped into the breach. Around 23,000 women in World War I were recruited into the Women’s Land Army in Britain, although this represents only a fraction of the hundreds of thousands of women who worked on the land during the war.

The Women’s Land Army was formed in 1917. Prospective recruits were selected based on their physical and mental fitness. They could choose to work in one of three sections: agriculture, timber cutting, or forage. Agricultural jobs included fieldwork and milking, as well as threshing and driving tractors and plows. Successful applicants received between four and six weeks’ training before taking up their jobs.

The Women’s Land Army of America was formed in 1917 and eventually operated across 33 states. About 20,000 women were recruited. Many of these women came from urban homes and had no experience working on a farm at all. They became known as the “farmerettes.” Though farmers were initially skeptical of the scheme, they soon came to acknowledge the effectiveness of the WLA in the absence of many male farmworkers.

5. Women In World War I: Working On the Railways

Supply was everything during World War I. On the homefront, it was crucial that the railways continued to operate at capacity. But how could they when so many men were being called up? The answer of course was to employ more women.

Before the outbreak of war, over 10,000 women were already working on Britain’s railways – mainly operating as cleaners. By the end of the war, the number was about 70,000. Their roles diversified too, with women working in practically every job apart from actually driving the trains.

Reflecting the hostility experienced by women taking up men’s jobs in other areas, the women on the railways in World War I also encountered opposition. Until 1915, they received a substantially lower wage than men. At the end of the war, most expected to be laid off, but, in fact, large numbers of women kept their jobs on the railways. These women blazed a trail for more women to take up work on the railway, although it wasn’t until the 1970s that women were accepted for driver training.

World War I brought the impact of conflict to the Home Front in an unprecedented way. Civilians were both targeted and mobilized. For women, the war presented opportunities that took them away from traditional roles and paved the way for greater freedoms to come. 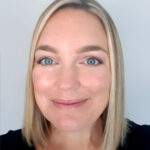 By Cassandra PopeBA War Studies w/ minor Film StudiesCassandra has a keen interest in 20th century military history with a particular focus on the early history of mechanised warfare. Away from her research, she can most often be found crocheting blankets or walking on the South Downs.

5 World War I Battles Where Tanks Were Used (& How They Performed)
By Cassandra Pope, in Stories