Here are 7 of the most fascinating myths and legends that are associated with the history of South African cultures. 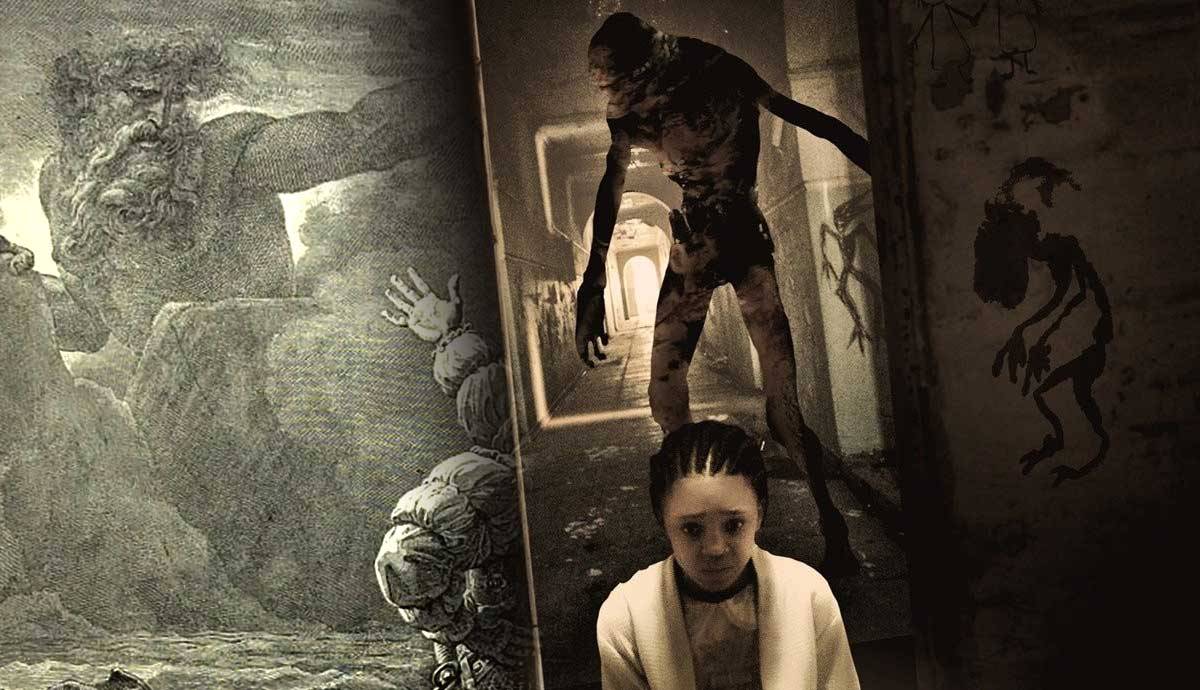 Every culture has its own stories that are told to explain the world around it. Many stories are simply the result of overactive imaginations, designed to elicit a sense of wonder from the audience. Sometimes these stories are dismissed as nothing more than entertainment, and sometimes these stories are cemented in the canon of believed lore. These truths are certainly evident in the case of South Africa, which is a large and multi-ethnic society with a rich and developed variety of cultural beliefs. Here are 7 South African myths and legends that have added to the country’s rich cultural history.

1. The South African Legend of the Evil Tokoloshe

Perhaps the most well-known creature in South African myth is the Tokoloshe – a malevolent, imp-like spirit from Xhosa and Zulu culture. According to belief, Tokoloshes are summoned by people wishing to do harm to others. The Tokoloshe is capable of causing illness and death to the victim.

According to popular legend, people raise their beds on bricks to avoid falling prey to the diminutive tokoloshe. However, this idea is problematic because it was possibly invented by Europeans to explain why Black South Africans put bricks under the legs of their beds. The real reason for the practice is nothing more than to make storage space in cramped quarters. There is scant evidence for where and how the Tokoloshe legend actually originated.

There are many types of tokoloshe, but they are all small, hairy, long-eared goblin-like creatures that feed off the energy of negative actions. They are also always connected to a witch who uses them to carry out nefarious deeds. According to legend, the final act of animating a tokoloshe is to drive a nail through its forehead.

Recent history has seen much media attention put on the tokoloshe, as it is used as a scapegoat to explain misdeeds or unfortunate accidents and situations that cannot be explained. An example of this is the case in the nineties when various children examined by pediatricians were found to have needles inserted into their bodies. The children’s mothers all claimed that the tokoloshe was to blame. However, the real culprits were malicious caregivers, but the mothers did not want to cause strife with their neighbors and other members of the community and also wanted medical attention for their children. Thus, the easiest way to avoid community conflict was to simply blame the tokoloshe.

At the south-western tip of South Africa lies the Cape of Good Hope, but before it was known by this name, it was known by another more ominous one: “The Cape of Storms.” It was a well-deserved name, as the promontory is often surrounded by heavy winds and stormy seas that have dashed many ships against the rocks.

A creation of the Portuguese poet Luís de Camões, “Adamastor” takes his name from the Greek “adamastos,” meaning “untameable.” Adamastor was created in the poem Os Lusíadas, which was first printed in 1572. The poem tells the story of Vasco da Gama’s travel through the treacherous waters of the Cape of Storms when he meets Adamastor.

He takes the form of a massive giant who appears out of the air to challenge Da Gama, who would attempt to pass through the Cape and enter Adamastor’s domain of the Indian Ocean. In the story, Adamastor is impressed by Da Gama’s courage in facing the storms sent to defeat him, and calms the seas to let him and his crew pass.

The myth of the flying Dutchman is likely to have originated in the 17th century as the Dutch VOC (Vereenigde Oostindische Compagnie / Dutch East India Company) was at the height of its power and traversing the waters of Southern Africa regularly. Cape Town was founded as a refreshment station in 1652.

The legend has been portrayed in literature by Thomas Moore and Sir Walter Scott, the latter of whom writes of a Captain Hendrick Van der Decken as the captain of the ghost ship; the idea for him being derived from the real-life captain Bernard Fokke, who was known for the speed at which he was able to make the trips between the Netherlands and Java (rounding the Cape of Good Hope). Because of his legendary swiftness, Fokke was thought to be in league with the devil.

Over the centuries, there have been various sightings of the Flying Dutchman, but the most likely candidate for these visions is a complex mirage called “Fata Morgana,” in which ships appear to be floating above the water on the horizon.

The Hole in the Wall, off the coast of the Eastern Cape, is a detached cliff with a large opening. The Xhosa people believe that it is a gateway for their ancestors and they call it iziKhaleni, or “place of thunder,” due to the loud clap that waves make as they pass through the hole.

The South African legend of the Hole in the Wall tells how it was once connected to the mainland, forming a lagoon fed by the Mpako River, and cut off from the ocean. The story is that there was a beautiful maiden who, unlike her people, loved the sea. She would sit at the edge of the water and watch the waves rolling in. One day, one of the sea people appeared out of the ocean. He had flipper-like hands and feet and flowing hair like the waves. The creature said that he had watched her for some time and admired her. He asked her to be his wife.

The maiden went home and told her father what had happened, but he was furious and said that his people would not trade their daughters with the sea people. He forbade her from going to the lagoon ever again.

That night, however, she slipped away to meet her lover. He met with her and told her that she must wait until high tide and he would prove his love for her before he retreated back into the sea. The girl waited, and a number of sea people appeared bearing a large fish which they used to batter a hole in the cliff face, thus connecting the lagoon to the sea. As the tide came in, a huge wave smacked against the hole, creating a massive fountain of spray. Riding the crest of the wave was her lover. She leapt into his arms and was whisked away.

The Grootslang (Afrikaans for “big snake”) is a legendary cryptid said to live in the Richtersveld in the far northwest of the country. The creature is a mix between an elephant and a python, with varying depictions as to what part of the animal resembles what. It is usually depicted with an elephant’s head and the body of a snake.

The legend states that when the gods were young, they created a creature that was too cunning and powerful, and, after making many of these creatures, they realized their mistake and split them each in two, thus creating snakes and elephants. However, one of these Grootslangs escaped and now lives in a cave or hole deep in the Richtersveld, where it lures elephants to their death.

The Grootslang is cruel and covets precious gems. It is said that people captured by the Grootslang can bargain for their life in exchange for gems. This South African legend also exists in other parts of Africa.

In San and Khoihkhoi folklore, there is a story of the heroic champion Heitsi-eibib who challenges a mighty monster called Ga-Gorib. This is a South African myth that can also be found among the San people of Namibia and Botswana.

Associated with Gaunab, the god of death and the underworld, Ga-Gorib is a monster that sits on the edge of a deep hole. He challenges passersby to throw rocks at his head to knock him down. Whoever takes up the challenge, however, faces certain doom, as the rocks bounce off Ga-Gorib and strike the person who threw it.

7. The South African Legend of Van Hunks & the Devil

The South African legend of Jan Van Hunks is one of an old, retired sea captain who would regularly hike up the slopes of the mountain we now call Devil’s Peak. There, he looked over the settlement of Cape Town, then just a small port constructed to refuel and replenish Dutch ships travelling to and from the East Indies. While sitting on the slopes, Van Hunks would smoke his pipe.

One day, while he was smoking, a stranger walked up to him and asked if he could join him in smoking. So Van Hunks and the stranger smoked together until the stranger challenged Van Hunks to a smoking duel. Van Hunks accepted and the two smoked so much that clouds of smoke formed over the mountains.

Eventually, the stranger could not keep up with old Van Hunks, and he stood up to leave. As he stumbled away, Van Hunks glimpsed a red tail trailing behind the stranger, and he realized that he had been smoking with none other than the devil himself.

Today, the regular occurrence of clouds over Devil’s Peak and Table Mountain are attributed to Van Hunks and the Devil smoking up a storm. This is a popular South African myth that has also found itself being incorporated into the framework of Cape Town’s cultural history.

South Africa has a rich cultural history among all its tribes and ethnic groups. From the Nguni tribes, to the Khoisan natives, the European settlers and others, all have their own unique stories that add to the melting pot that is South Africa. There are, of course, many other South African myths and legends that have helped to shape the cultures into which they were born.