HomeAncient HistoryThe Battle of Marathon: Why Did the Greeks Defeat the Superior Persians?

The Battle of Marathon: Why Did the Greeks Defeat the Superior Persians?

During the Battle of Marathon, 10,000 Greek citizens defeated the numerically superior Persian army. How did the Athenians win, and why were they involved in the Persian Wars? 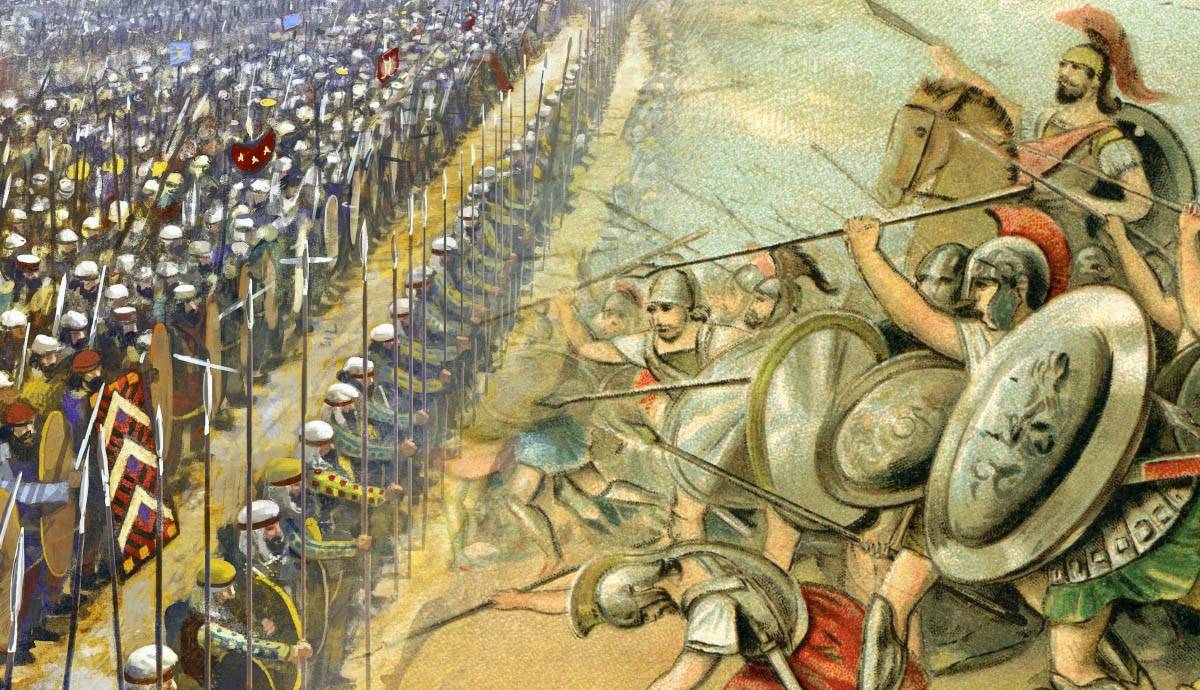 In 499 BCE, the Greek city-states of Ionia revolted against Darius I of the Achaemenid Empire. By 494 BCE, the Ionians had been defeated and their revolution was over. Darius, furious with Eretria and Athens who had assisted the Ionians, decided to invade Greece and punish the two cities. After occupying the island complex of the Cyclades in the Aegean, the Persian army sailed to Eretria and destroyed it. Right after that, the Persians moved to mainland Greece and camped in Marathon, ready to move against Athens. As the Athenians debated how to deal with the Persian threat, Miltiades, an Athenian politician, argued that instead of remaining in Athens, the army should surprise the Persians in their camp. Thus, an army of 10,000 men (1,000 from each Athenian tribe) advanced towards Marathon. Everything was set for the famous Battle of Marathon.

What Was the Condition of the Persian Army Before the Battle of Marathon?

There is little written information about the Persian military forces. What we know is that they were divided into land army and navy.

As far as the army is concerned, it was divided into a regular (standing) army and a reserve army. The former consisted of 10,000 cavalrymen and 10,000 Immortals who made up the infantry. The name “Immortals” originated from the fact that their strength remained constant at 10,000 men as, after each battle, their numbers were immediately replenished with new soldiers. There was also a special Immortal unit, which included 1,000 soldiers (called “Relatives”) and usually served as the king’s bodyguards (Kastanis 2008, 40).

The reservists were recruited only during great mobilizations, such as the wars against Greece. Every city of the vast Persian empire contributed to the army, mainly to the infantry, meaning that each division was organized in its traditional way, and fought using tactics they were already acquainted with. The heterogeneity of armaments, the fact that most soldiers were speaking different languages, the dissimilar way of warfare, and the lack of training, were just some of the weaknesses of the Persian forces. Commanding the army during a battle must have been a nightmare for the Persian generals, as the troops had no experience in advanced tactics and maneuvers, and their loyalty was questionable.

Herodotus offers no information regarding the manpower of the army that campaigned against Athens. However, the number of their ships indicates that the total strength of the Persian army was about 150,000 men. However, modern military analysts estimate that only 50,000 infantrymen took part in the battle of Marathon (Kastanis 2008, 42).

Darius I did not lead the army personally during the Greek campaign. Instead, it was his admiral Datis and his nephew Artaphernes who were charged with punishing Eretria and Athens for their involvement in the Ionian Revolt.

What Was the Condition of the Athenian Forces?

As soon as they learned of the Persian invasion, the Athenians asked for Sparta’s help. However, the Lacedaemonians invoked an ancient law that forbade them from campaigning during the second quarter of the moon and refused.

Nevertheless, a few days before the battle of Marathon, the Athenian army was reinforced with 1,000 soldiers from Plataea. The Plataeans wanted to get rid of the Thebans who dominated their region and expected Athenian protection in return for their help. Still, the Persian numerical superiority remained a major issue, causing three important problems to Miltiades, the Athenian who was selected to lead the Athenian forces:

(2) The number of Persian archers and their arrows.

(3) The fact that Athens couldn’t line up as many soldiers as Persia.

The first problem was solved by goddess Luck, as the Persians boarded the cavalry on their ships as they planned to sail to Faliro and destroy Athens.

Regarding the second problem, Miltiades decided to cross the last 200 meters (the Persian arrows’ range) by running, to limit casualties sustained by the arrows. It was the first time in Military History that a unit crossed the battlefield at such a fast pace.

The third problem probably bothered Miltiades the most. He needed to cover the same front with the Persian army and neutralize the enemy infantry’s numerical superiority. Traditionally, the Persians deployed their most elite units at the center of their formation, with the rest of the army at the flanks (Pritchett, 1960, 143). Thus, Miltiades chose to strengthen the Greek flanks and attempted to overflank the Persian center.

a. The right flank was 500 meters wide. There, Miltiades’ unit had a depth of eight ranks, resulting in a total of 4.000 soldiers.

c. The left flank was 625 meters wide, where 5.000 soldiers were placed in ranks of eight.

How Did the Battle of Marathon Unfold?

First phase: The battle started at dawn (around 05:30) with the Greeks receiving battle formations and marching against the enemy lines. The reason behind their early attack was the fact that they had just been informed about the Persians’ decision to board their cavalry on the ships. When the Greeks reached the Persian formation at 200 meters, they started running towards the enemy lines to avoid great losses from the Persian arrows. This tactic seems to have worked, as no injuries or deaths were reported during this phase.

The fact that the Greeks attacked so early in the morning, took the Persians by surprise. However, the rapid Athenian advance towards their lines absolutely horrified them. The conflict was fierce on the entire front. The superiority of the Athenian army in close-quarters combat led the Persian flanks to quickly dissolve and flee. However, the numerically weaker Athenian center had also begun to retreat. The Persian center pursued them, not knowing that their flanks were being destroyed at the same time.

Second Phase: With the two Persian flanks destroyed, the Athenian flanks formed a phalanx of 9,000 men, which turned around and attacked at the rear of the enemy center. The Persians found themselves surrounded from two sides. Disorder and confusion prevailed as the Persian troops scattered in terror. While attempting to escape, a large number of men fell into the multiple swamps of the battlefield, where they drowned or died at the hands of the Greeks.

Third Phase: The third phase entailed the pursuit of the Persians, who were retreating to their ships. The fact that the Athenians captured only six of the approximately 600 Persian ships, confirms the fact that the Persians had already boarded their cavalry.

The Battle of Marathon ended at approximately 08:30, after three hours of combat. The Greeks lost only 192 men and the Persians 6,400.

After the battle, the Persians began sailing towards Faliro to attack the unguarded city of Athens. The Greek army, however, had managed to already reach Faliro within 8 hours. When the Persians saw that Miltiades and the Athenian army were waiting for them, they were discouraged and decided to sail back to Asia. The campaign of Darius I had failed to capture Athens.

Innovations of the Battle of Marathon

The battle of Marathon is characterized by the unequal distribution of hoplites within the phalanx. Also for the first time in military history, the phalanx in its entirety does not have the same mission. There is also the division of the battle into successive efforts (phases), a real military innovation as far as tactical planning is concerned.

Each division of the phalanx executed different movements, something that could be considered as a precursor to tactical maneuvering. Until then, it was a standard tactic to move all forces vertically (at the axis of motion) towards the enemy formation.

Furthermore, Miltiades didn’t just apply different movements for each part of his formation but also changed their tactical heading for each phase of the battle. During the first phase, the Athenian center moved in the opposite direction, retreating, contrary to the flanks which moved forward. During the second phase, the two Athenian flanks moved towards the center, so that they would meet and form a new phalanx. That newly formed phalanx moved on the same (vertical) axis of motion, but in the opposite direction, attacking the rear of the enemy. Another important innovation was how quickly the Athenian forces attacked.

The first mistake of the Persians was that they did not use their cavalry, which had the potential to change the battle’s outcome. Their second mistake was that they were lured into close-quarters battle, while both their way of war and armament were unsuitable for this kind of battle. Their final mistake was that the bulk of their forces remained inactive on the ships. If they had sailed to Faliro, they could occupy the unguarded city of Athens with relative ease.

But history has no place for “ifs”. It is indisputable that Miltiades and the Athenian army outsmarted the numerically greater Persian forces, and ensured that the Athenian Democracy and the Greek civilization would live for another day. Of course, the Battle of Marathon was no final victory. The Achaemenid Empire would return again in 480 BCE, this time under Darius’ son, Xerxes I. 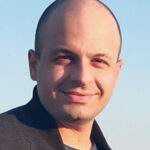 By George MantafounisBSc Military Science, MA Modern & Contemporary HistoryGeorge graduated from the Hellenic Army Academy and holds a BSc in Military Science. During his academic years, he specialized in Military history and a few years later he got a Master’s degree in Modern and Contemporary History. He is currently an Artillery Officer and serves as a Battery Commander. Meanwhile, he expresses his passion for history through researching and writing historical articles.

9 Greatest Cities Of The Persian Empire

Darius the Great: 9 Facts About The King Of Kings