HomeStoriesMiddle East: How Did British Involvement Shape the Region? 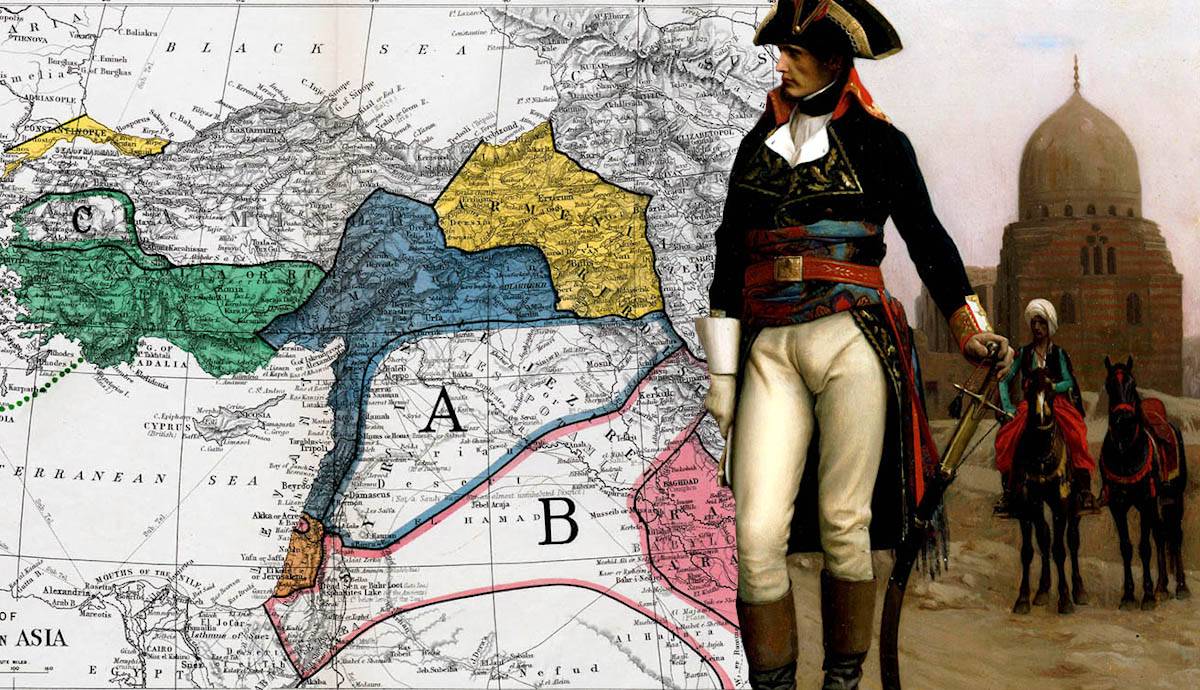 The Middle East has been important since the first humans left Africa to settle in the rest of Europe and Asia, becoming a region of first-rate geopolitical importance. Whoever controlled this connection between the three parts of the old world gained a unique dominance: they ruled the routes of goods, were able to move soldiers to further conquests in distant lands, and controlled the holy places of the three major monotheistic religions.

Known as a cradle of civilization, the Middle East, in addition to its geopolitical importance, had provided significant contributions to the world: the written script, one of the very first civilizations, and later even the idea of monotheism. In the ancient era, the Middle East was the center of religious wars; the Crusades to Jerusalem and the development of Islam created significant upheavals in the region.

Similar to the term “Near East,” the phrase “Middle East” is the outcome of external perception. It is a Euro-centric perspective that regards Europe as the center of the world. In this point of view, the Middle East is the region between the Far East and Europe. While the fact that Europeans use this term is not surprising, the fact that people of the Middle East themselves use this term elucidates their complex relationship with the outside world.

Historians consider 1798, the year Napoleon invaded Egypt, as the beginning of the modern era in the history of the Middle East. Although this invasion caused upheaval in the Middle East, it was primarily an attempt to conquer India, the central gem in Britain’s imperial crown. This situation is evidence that the people of the Middle East, throughout their history, were largely manipulated by moves originating from outside of the region.

The Far East caught the attention of would-be colonial nations from all over Europe. These countries preferred the sea route bypassing Africa over the Middle Eastern land route, which was under the control of the Ottoman Empire. Having established its status as the “ruler of the seas,” Great Britain effectively controlled the way to the east. It took another few years until a solution was implemented to shorten this trade route: the Suez Canal.

In 1882, Britain’s government realized that control of the Middle East and, in particular, the Suez Canal would make it possible to protect important trade with India. Thus, Britain began to strengthen its presence in the region. Initially, Britain took advantage of the dismal political-economic situation in Egypt by establishing French-British imperialist companies. Then it succeeded in extracting the Suez Canal from the hands of the Egyptians. Finally, in 1906, the Sinai Peninsula was annexed to Egypt. Although the new Suez Canal made the Sinai Peninsula a part of Asia by definition, Sinai was annexed to Egypt as a buffer between Egypt and the Ottoman Empire.

This was the first of many controversial borderlines defined as a result of British imperialist political interests. In addition, technological advances led the British navy to use oil instead of coal. Therefore, the discovery of oil in northern Iraq (Kurdistan) added to the region’s strategic value.

The Groundwork For British Imperialism & Domination

Taking advantage of the declining Ottoman Empire, European powers enlarged their footprint in the Middle East mostly to make their way to India. Germans began building a railway to Baghdad to create a direct overland connection to the European railway system, and Russians began to occupy certain parts of the Persian Empire.

As a part of the First World War efforts against the Ottomans, British officials conducted negotiations with various Middle Eastern people. Henry McMahon, the British High Commissioner to Egypt, exchanged 15 letters with Sheriff Hussein Ben Ali of the Hashemite family (the same dynasty that rules Jordan today). McMahon promised extensive parts of the territories of today’s Syria, Lebanon, Jordan, Iraq, and Israel to the control of the Hashemite Kingdom if it would take part in overthrowing Ottoman control in the region.

The Hashemites started a rebellion originating in the Hajez, a region in the Midwest of the Arabian Peninsula, but their initial independent attacks failed. Then British military consultants took control, and the port city of Aqaba was captured. This established an important supply line and was the first footing in Middle Eastern history of what became the Kingdom of Jordan.

Preparing for the Ottoman fall and the end of the war, British and French governments started to draw the first borders of the Middle East as we know them today. On May 16, 1916, the diplomats Mark Sykes and François Georges-Picot made those fateful decisions according to western paradigms and their interests. This was the first time that the “State” idea was introduced to the Middle East.

Throughout the Middle East’s history, the social behavioral customs were shaped by the harsh environmental desert conditions. A limited number of resources caused collections of people to unite into tribes, clans, and families, most of which lived in contention with one another. As European nations began carving up the Middle East, they encountered laws and customs that differed from their own societal norms. For example, traditional Islamic jurisprudence treats homicide as a civil dispute. Rather than requiring corrective punishment by the state, the victim’s family took the role of prosecutor, judge, and executioner. This was known as the Law of Retaliation, or an eye for an eye.

In a similar vein, when a family member perceives what they envision as an infringement on the dignity of their family, he may take corrective action to restore his family’s honor, known as “honor killings.”

Thus, the “state” idea changed the history of the Middle East forever. The minority population controlled a majority population in almost every state whose borders were determined in the Sykes-Picot Agreement: In Syria the Alawites, in Iraq the Sunnis, and in Jordan the Hashemites. The majority of the population was never fully recognized the presence of the state. The sentiments felt by Middle Eastern tribes regarding the division of territory can be considered, for example, an extreme version of the sentiments felt by Catalonians living under the Spanish flag.

Sharing the Spoils of War

Moreover, when promising the same territories to more than one party, the British proved themselves to be ambivalent when it came to making a specific division of the region. For instance, they promised Damascus both to the French and the Hashemites. The situation became even more complicated after Balfour’s Declaration, which acknowledged the Jewish right to Israel. Although the Sykes-Picot Agreement acknowledged the Arabs as a nation, they refused to recognize its legitimacy.

According to the agreement, France should acquire Lebanon and the Syrian region lying along the Mediterranean, Adana, Cilicia, and the hinterland adjacent to Russia’s share, including Aintab, Urfa, Mardin, Diyarbakır, and Mosulea. Great Britain should acquire southern Mesopotamia, including Baghdad, and also the Mediterranean ports of Haifa andʿAkko. Between the French and the British imperialist acquisitions, there should be a confederation of Arab states or a single independent Arab state, divided into French and British spheres of influence. Jerusalem, because of its holy places, should be an international city administered by an international body.

A New Dawn In the History of the Middle East: Decolonization

The end of the First World War had a significant impact on the history of the Middle East. The newly established League of Nations decided that more developed nations would rule countries that were not yet capable of self-government until they could gradually transfer power to the local population. This approach was expressed in the Treaty of the League of Nations, signed at the Paris Conference in 1919. Due to this, the majority of the Middle East would not achieve true independence.

However, World War II completely changed the global balance of power. Having experienced perhaps the most horrific war in human history, the European public realized that everyone ultimately loses in war. As a result, they no longer supported leaders and governments that promised widespread fame and conquests. In addition, having dwindled both financially and demographically, European powers could no longer bear the burden of their colonies. After decades of global dominance, the old European powers forcibly left the various colonies, and two new players entered the arena: the United States and the Soviet Union. Local populations regained control of a new Middle East, different from the historical Middle East they once knew.

The tangible results of British imperialism resonate even today; it is enough to look at the straight lines of maps of the Middle East and Africa to understand that someone has divided them in a way that makes no sense demographically nor geographically. Events in the modern era, such as the Arab Spring of 2011, demonstrate that the current situation remains unstable. So, do Middle Eastern countries have a chance to survive in the form we know today?

In some ways, there are similarities between Europe of three centuries ago and today’s Middle East. Sovereign nation-states are a relatively new idea in human history. It is customary to mark the beginning of the state system in continental Europe with the signing of the Treaty of Westphalia in 1648 following the Thirty Years’ War. For the first time, it was determined that the citizens of each nation were subject to the laws and procedures of the government of that country. Today it may sound trivial, but it is not; it was a victory for the idea of ​​a territorial state over the idea of ​​a supranational or religious empire.

The Peace of Westphalia created a new system of independent and sovereign states that are not subject to any authority. The new sovereign state establishes its identity on a national basis and not on a religious basis. In Europe, it took another 300 years and tens of millions killed in wars until the borders of the countries were more or less established, and governments could live in peace with each other. If it will take the same amount of time to establish peace and stability in the Middle East, it is important to note that only 100 years have passed since the institution of statehood. 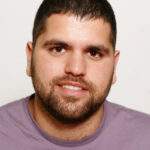 By Raz EshelFormer IDF Paratrooper, Military History, Middle EastRaz is a former IDF paratrooper company commander, he is passionate about military history and the Middle East. During his service, he accumulated a profound knowledge of the region and its history.