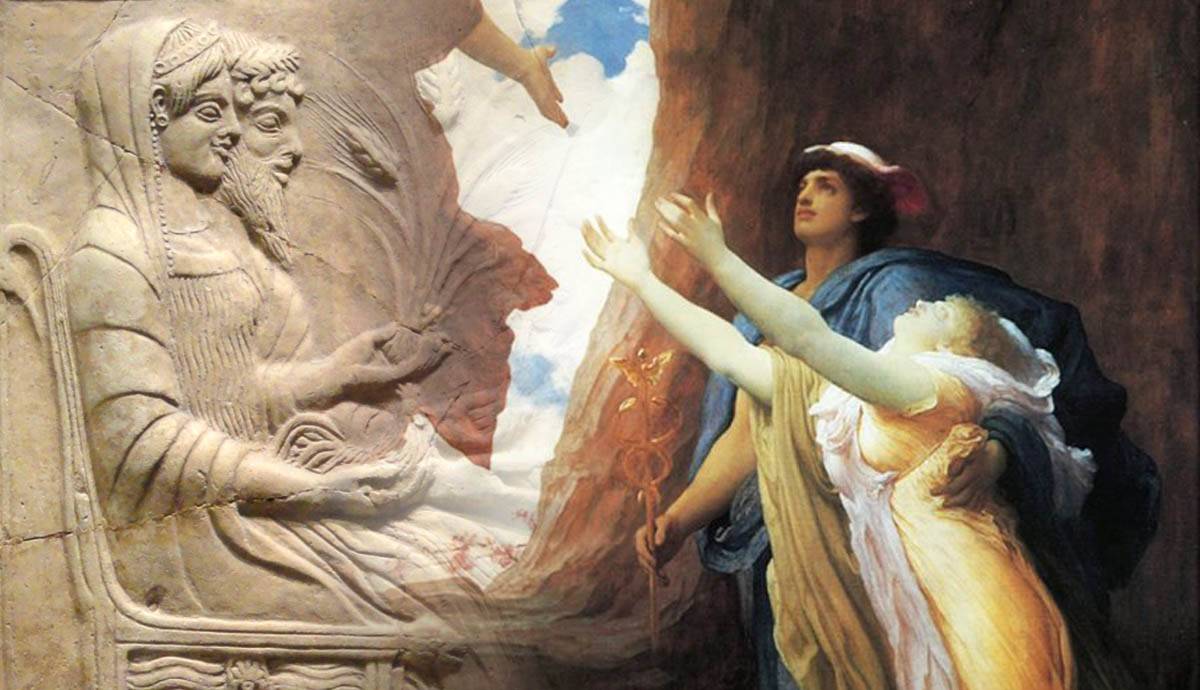 The story of Persephone and Hades is one of the most famous in Greek mythology: Persephone, Greek Goddess of spring and fertility, married Hades, King of the underworld. But did Persephone love Hades? Theirs is far from a traditional love story. Throughout the years, their relationship underwent various twists and turns, although in the story we are never told whether Persephone actually falls in love with Hades. Let’s take a closer look at the evidence and see if we can come up with some answers.

Persephone and Hades met under unlikely circumstances. Hades was deeply lonely in his vast underworld castle, and longed for a life partner to keep him company. While visiting the upper world Hades spotted the young and beautiful Persephone picking flowers in a meadow and was immediately entranced by her. Hades then snatched Persephone from the earth and dragged her into the underworld with him. In Ancient Greek and Roman texts it is clear that Hades kidnapped Persephone against her will, and forcibly made her his wife. We can therefore assume she did not love Hades at this stage, and probably even hated him for destroying her innocence and taking her away from her family.

Persephone’s mother, Demeter, goddess of agriculture and harvest, was devastated when she realised her daughter was missing. She searched day and night looking for her beloved daughter, neglecting the world’s plants and leaving them to wither and die. The God Hermes joined in the search and eventually found Persephone in the underworld with Hades, demanding she be set free. This strong reaction suggests that Persephone didn’t want to be there, and was not in love with her captor, although we don’t hear her account of the story.

Hades tried to trick Persephone into loving him

When faced with the wrath of the Gods, Hades tricked Persephone so she could never leave. He gifted her a pomegranate and she ate several of its seeds, not knowing that anyone who ate from the depths of hell would be forced to stay there forever. Perhaps Hades thought she would eventually grow to love him. Or perhaps Persephone knew what she was doing all along, and secretly did want to stay by his side (some stories suggest she is not as innocent as might first appear). Eventually a deal was agreed – Persephone would spend six months of the year on earth with Demeter, and the other six months in the underworld with Hades. Greeks believed this led to the birth of the warm and cold seasons – when Persephone was underground, the plants and seeds would wither up and die, making autumn and winter,  but when she returned, life would begin blooming again, leading to spring and summer.

As Queen of the Underworld alongside Hades, Persephone took her role seriously, carrying out her duties into old age. But did she grow to love Hades over the years? It seems hard to imagine she would fall in love with her kidnapper. But in many stories Hades treated Persephone like the queen she was, doting on her day and night and allowing her to flourish. In another version of events, Persephone fell in love with the handsome Greek hunter Adonis while still married to Hades, although Adonis did not love her back.

One version of Persephone’s story told by the Roman poet Ovid might suggest she had grown some feelings of affection for Hades in spite of everything. In Ovid’s famous text Metamorphosis, Hades has an affair with a young Nymph named Minthe. Persephone, now in her later years, was so incensed with jealousy that she turned Minthe into a mint plant. Ovid writes, “Persephone of old was given grace to change a woman’s [Minthe’s] form to fragrant mint.” Does this fit of jealousy suggest Persephone had developed feelings of affection for Hades? Or was Persephone simply jealous of Minthe’s youth and beauty? These are age-old questions to which we will never know the answers, but must draw our own conclusions.

Read This Guide Before You Travel to Ancient Greece