Artists often have favorite subjects to which they return time and again. Ivan Aivazovsky painted the sea, inspiring a whole generation of European Romantic artists.

Ivan Aivazovsky painted water as no one else did, his waves reflecting light and capturing the softest glimmers of stars with their foam-capped peaks. His uncanny ability to detect the smallest changes of seas earned him the title of Master of the Marine Art and created a plethora of legends that surround his name up to this day. One such legend suggests that he bought the oils from William Turner himself, which explains the luminescent nature of his colors. Aivazovsky and Turner were indeed friends, but neither used magical pigments in their works.

Ivan Aivazovsky: The Boy And The Sea

Ivan Aivazovsky’s life could inspire a movie. Armenian by descent, he was born in Feodosia, a town on the Crimean peninsula located in the Russian Empire. Exposed to diversity from his earliest childhood and born Ovanes Aivazyan, Aivazovsky would grow into a talented, multilingual artist and learned man whose paintings would be admired by many, including the Russian Tsar, the Ottoman Sultan, and the Pope. But his early life was far from easy.

As a child from a poor family of an Armenian merchant, Aivazovsky could never get enough paper or pencils. Unable to resist the urge to paint, he would draw the silhouettes of ships and sailors on whitewashed walls and fences. Once, while the future painter was vandalizing a recently painted façade, an unexpected stranger stopped to admire the sharp outlines of one of his soldiers, whose proportions were perfectly preserved despite the sloppiness of his technique. That man was Yakov Koch, a prominent local architect. Koch immediately noticed the boy’s talent and gave him his first album and paints.

More importantly, the architect introduced the young prodigy to the mayor of Feodosia, who agreed to allow the Armenian boy to attend the classes with his children. When the mayor became the head of the Taurida Region (guberniya), he brought the young painter along with him. It was there, in Simferopol, that Aivazovsky would paint first of his 6000 paintings.

Nowadays, everyone who has ever heard of Ivan Aivazovsky associates him with marine paintings. Little is known about his sketches and etchings, nor his landscapes and figures. However, Aivazovsky was as versatile as many other Romantic painters of the time. His interests revolved around historical plots, cityscapes, and people’s hidden emotions. The portrait of his second wife, for example, gives off the same vibes of mystery and profound beauty as his marine art. However, it was his love for water that accompanied him his entire life. After his acceptance to the Imperial Academy of Art in Saint Petersburg in 1833, Aivazovsky simply redirected that passion. After all, where else would one find such a combination of water and architecture as in the so-called Venice of the North?

Perhaps it was Aivazovsky’s homesickness that compelled him to return to the sea. Or perhaps it was the multitude of unforgettable colors he would see in a wave. Aivazovsky once said that it is impossible to paint all the greatness of the sea, to transmit all its beauty and all its menace when looking directly at it. This phrase recorded in his writings gave birth to an urban legend that remains prominent in popular Russian memory: Aivazovsky rarely ever saw the real sea. That, of course, is largely a myth. But like many myths, it does also contain a grain of truth.

At first, Aivazovsky painted his marine views mostly from memory. He could not spend all his time at the Baltic Sea in Saint Petersburg, nor could he always return home to Feodosia to see the Black sea. Instead, the artist relied on his stellar memory and imagination, which allowed him to replicate and recreate the tiniest of details of a landscape that he had only glimpsed at or heard about. In 1835, he even received a silver medal for his marine landscape, capturing the severe beauty of the damp and cold climate of the region. By that time, the artist had already become Ivan Aivazovsky, changing his name and falling under the spell of European Romanticism that was dominating the world art scene.

A Romantic Artist And His Marine Art

After receiving his first silver medal, Aivazovsky became one of the most promising young students at the Academy, crossing paths with the stars of Russian Romantic Art, such as the composer Glinka or the painter Brullov. An amateur musician himself, Aivazovsky played the violin for Glinka, who took a particular interest in the Tatar melodies that Aivazovsky had collected in his youth in Crimea. Allegedly, Glinka even borrowed some of the music for his internationally acclaimed opera Ruslan and Ludmila.

Although he enjoyed the rich cultural life of the imperial capital, the Master of Marine Art never intended to stay in Petersburg forever. He sought not only change but also new impressions, much like most Romantic artists of his time. Romantic art replaced the structured calmness of the previously popular Classicism movement with the turbulent beauty of motion and the volatile nature of humans and their world. Romantic art, like water, was never truly still. And what could be a more romantic topic than the unpredictable and mysterious sea?

Ivan Aivazovsky graduated two years early and was immediately sent on a mission unlike any other. All had to serve the Russian Empire in different ways, but rarely anyone received a commission like the one entrusted to Aivazovsky. His official task was to capture the landscapes of the East and represent the glory of the Russian Navy. As an official painter of the Navy, he painted the views of port cities, ships, and ship formations, befriending high-ranking officers and ordinary sailors alike. The whole fleet would start firing cannons just for Aivazovsky, so he could observe the smoke dissipating in the fog to paint his future works. Despite his military surroundings, war and imperial politics never interested the painter. The sea was the true and only hero of his paintings.

Like most Romantic artists, Aivazovsky depicted the fleeting movement and emotion of the ever-changing world rather than its structure and organization. Thus, Review of the Black Sea Fleet in 1849 does not focus on the tiny officers who are clustered in the corner of the sprawling masterpiece. Even the parading ships are secondary compared to the light and water that split into a myriad of colors, showing movement in an otherwise ordained scene.

In some ways, certain works of Ivan Aivazovsky’s marine art referenced Theodore Gericault’s The Raft of the Medusa created two decades earlier. The Ninth Wave (a favorite of the Russian Emperor Nicholas I) reflects Aivazovsky’s fascination with the human drama of a shipwreck and the desperation of its survivors. The mighty sea is but a callous witness. Ivan Aivazovsky experienced this cruel nature of the sea first-hand, surviving several storms. Aivazovsky’s sea rages in battle but also contemplates when people stop to ponder on its shore.

In his Galata Tower by Moonlight, painted in 1845, the sea is dark and mysterious, just like the small figures gathering to watch the rays of moonlight on the shimmering water. His depiction of the Battle of Cesme ten years later leaves the sea burning with the wrecked and thrashed ships in the center of the picture. On the other hand, his Bay of Naples is as serenely peaceful as the couple who watches the waters.

Like all Romanticism painters of his time, Ivan Aivazovsky yearned to see Italy. When he finally visited Rome, Aivazovsky was already a rising star in the European art world, attracting the attention of powerful rulers and making friends with great European artists such as J. M. W. Turner. The Bay of Naples on a Moonlit Night impressed Turner so much that he decided to dedicate a poem to Aivazovsky. The Roman Pope himself wanted to buy Chaos for his personal collection and went so far as to invite the painter to the Vatican. Ivan Aivazovsky, however, rejected the money and instead offered the painting as a gift. As he traveled the world, he participated in numerous solo and mixed exhibitions in Europe and the United States. He even showcased his pictures at the World Expo.

While Aivazovsky also addressed historical and religious topics such as the Baptism of the Armenian people, he preferred to see himself as the Master of Marine Art. Indeed, his paintings of water were what garnered the most attention. He was also the first-ever Russian painter to be exhibited in the Louvre. Additionally, his most expensive work was, in fact, one of his marine paintings. Long after his death, in 2012, Sotheby’s Auction sold his View of Constantinople for $5.2 million. Aivazovsky’s unique technique became his most renowned selling point: this secret technique best shone on the water.

During his lifetime, the famous Russian painter Ivan Kramskoy wrote to his benefactor Pavel Tretyakov (the founder of the world-famous Tretyakov Gallery in Moscow) that Aivazovsky must have invented some luminescent pigment which gave that unique brightness to his works. In reality, Ivan Aivazovsky used a glazing technique and took it to new heights, turning the method into his defining marker.

Glazing is the process of applying thin layers of colors one over another. A glaze subtly modifies the appearance of the underlining paint layer, imbuing it with the richness of hue and saturation. Since Aivazovsky mostly used oils to create his masterpieces, he took great care to make sure that the pigments never mixed. Often, he applied glazes immediately after preparing the canvas, unlike his predecessors, who relied on the nuanced power of glazes when adding finishing strokes to their paintings. Aivazovsky’s glazes revealed layers upon layers of thin paint that turns into sea foam, waves, and moonlit rays on the water. Because of Aivazovsky’s love of glazing, his paintings are also famously known for their slow degradation.

At the height of his fame, Ivan Aivazovsky decided to return to his hometown of Feodosia. It is said that Emperor Nicholas I was terribly upset by the painter’s decision but allowed him to leave. Upon returning to Feodosia, Aivazovsky established an art school, a library, a concert hall, and an art gallery. As he aged, Ivan Aivazovsky never lost the respect of the Russian Navy. On his 80th birthday, the best ships of the fleet docked in Feodosia to honor the painter.

Ironically, his studio’s windows did not overlook the sea but instead opened into a courtyard. However, Aivazovsky insisted on painting the evasive and beautiful powers of nature from memory. And he did just that: he painted the sea and breathed in its salty air coming in from the streets. One of his most famous and largest paintings (measuring 282x425cm), Waves, was created in that studio by 80-year-old Aivazovsky.

Aivazovsky died while working on a painting – his final view of the sea. Among the many things he left behind was his secret glazing technique that made his waves come to life, the fame of being one of the first Russian painters to be recognized in the West, a fascination with his Armenian heritage, and his academic legacy. And most importantly, of course, he left behind thousands of paintings, all of them a confession of eternal love to the sea. 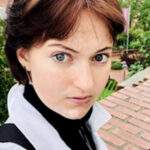