London’s Brutalist architecture isn’t universally liked. However, its bold use of concrete and strong angular forms are impossible to ignore. 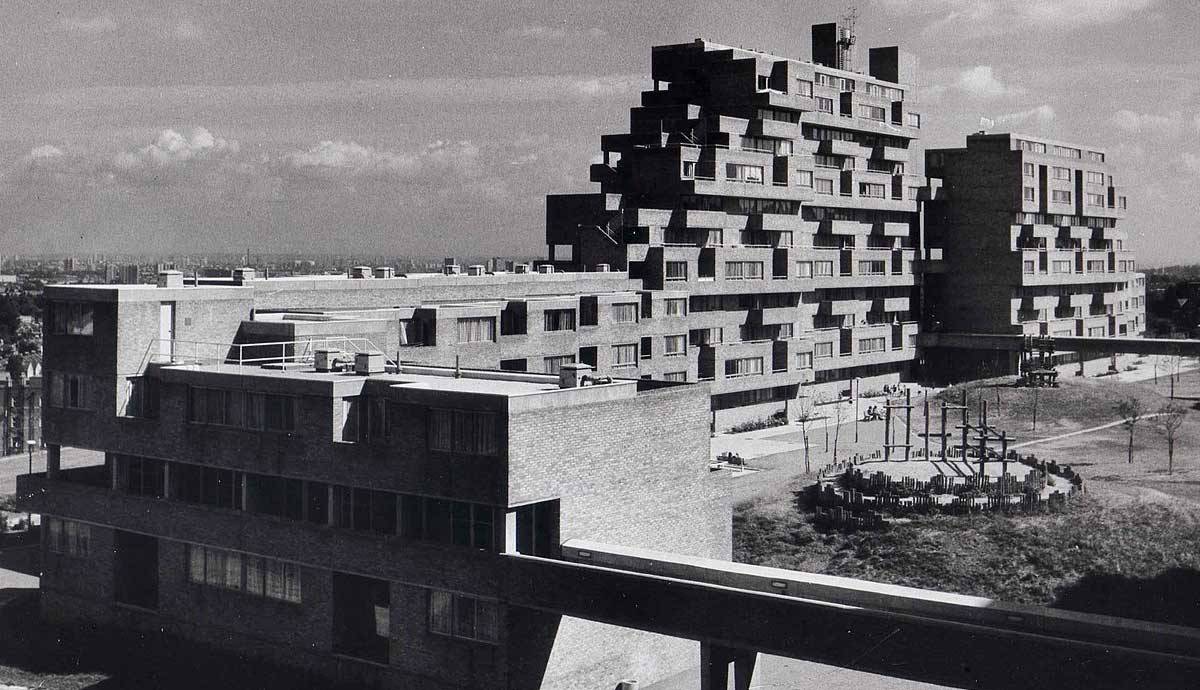 When people think of Brutalist architecture, they often think of the residential complexes common in many ex-soviet countries. Brutalism, however, emerged in Britain in the 1950s during the process of reconstruction after world-war II. It remained popular, especially for public buildings and social housing, until the 1970s, when it became increasingly associated with totalitarianism. In this article, we explore some of London’s most distinctive Brutalist masterpieces.

Before Diving into London’s Best Brutalist Architecture: What Is Brutalism?

What makes a building Brutalist? Architectural styles aren’t the kind of things one can define precisely. The notion of a style is more like a shared family resemblance between the examples of the style.

One feature that many Brutalist buildings share is their angularity. Brutalist buildings don’t ebb and flow, their edges aren’t softened. In his essay ‘The New Brutalism’, originally published in Architectural Review in 1955,  Reyner Banham identifies a second common characteristic: the use of large structural elements as design features. Instead of diverting attention away from the functional inner-bones of the building, they are made to stand out.

A third thing that is characteristic of Brutalist buildings is their use of materials. In a break from the earlier Bauhaus movement, materials aren’t hidden, they are showcased. This is best illustrated by the use of exposed, unpainted concrete; although other materials such as brick or steel are also common. Materials are shown for what they are, concrete is shown as concrete-y, steel is steely. In Reyner Banham’s words:

Balfron Tower in Poplar was completed in 1967. Erno Goldfinger, a Hungarian émigré, was commissioned by London County Council to build the tower as part of the government’s drive to increase housing supply. Goldfinger was a devout believer in the potential of high-rise living. In fact, he and his wife Ursula moved into the penthouse apartment at Balfron Tower upon its completion.

Balfron Tower is perhaps best known for its distinctive separate service tower, connected to the living block every third floor, which contains the lifts, launderette, and communal recreational rooms.

Trellick Tower, containing 217 flats and 5 maisonettes, was built 5 years after Balfron Tower. All of the apartments have their own balcony, giving residents expansive views over London. The use of one large tower, instead of a series of smaller blocks, provided ample space for children’s play areas at the bottom of the tower, which could be seen from the balconies.

Like Balfron Tower, it also bear’s Goldfinger’s distinctive trademark: a separate service tower containing the lifts and connected to the building every third floor. Unlike Balfron Tower, however, in the later development the service tower is crowned by a distinctive boiler house. Although it was called the ‘Tower of Terror’ by the press when it was built, the apartment block has become a much loved feature of the local area. In 2021, for instance, the local council had to abandon plans to redevelop the estate after resistance from residents to the loss of outdoor space and children’s play areas.

Brunel University commissioned Richard Sheppard, Robson and partners to design their Uxbridge Campus. At the time, Brunel University (named after famous nineteenth-century engineer Isambard Kingdom Brunel) was one of the largest engineering schools in Europe. The lecture theater building is a perfect example of Brutalist architecture. Its bold form and use of coarse concrete make the building tower over the surrounding plaza.

The building is perhaps most famous for being featured in Stanley Kubrick’s Clockwork Orange, where it houses the Ludovico Medical Facility where the main character, Alex DeLarge, undergoes aversion therapy. Alumni of Brunel University, however, will probably remember it differently, as the building is still in use today as a lecture theater and conference venue.

Completed in 1976 after a 13 year wait, the National Theatre occupies a prime spot on the south bank of the Thames. Its three horizontal terraces are constructed out of concrete, and jut out imposingly over the plaza below. Inside, however, these features are softened by the fact the concrete was set in raw timber, giving the building an organic element, and the use of thick deep purple carpets and dark wood benches.

The imposing architecture of the Theatre is not universally liked. It frequently appears in lists of both London’s most hated and most liked buildings. Most notoriously, in 1988 now King Charles the III described it as “a clever way of building a nuclear power station in the middle of London without anyone objecting.”

The theater is still in use, staging a variety of productions including both Shakespeare and new plays by contemporary play-writes. The foyers of the building are open and accessible to the public, and were once described as ‘the nation’s living room’. They currently host exhibitions, a café and bar, and bookshop. As well as theater-goers, the building also attracts skateboarders due to the covered areas outside the building and the proximity to the south bank skate-park.

The estate contains 520 apartments built from unpainted, board-cast, concrete; as well as a school, community center, youth club, and gardens. The blocks back on to the nearby train lines, shielding the interior of the estate from the noise of the trains. Each home has private outdoor space, and many of the apartments open onto pedestrianized walkways.

The estate has all of the central features of Brutalist architecture. The raw unpainted concrete puts the construction material center stage; and the bold angular forms of the apartment blocks set it apart from the Victorian housing that surrounds it. Unlike other brutalist architecture of the time like Trellick Tower, however, it doesn’t tower above the surrounding area. In this regard, it pays homage to the terraced houses that preceded it.

As with most Brutalist architecture, it is not universally liked. Some residents describe it as being like Alcatraz, whereas others relish the fact the estate was the first council built housing estate to be given Grade II listed status.

Dawson’s Heights, East Dulwich, is built on top of a hill, offering panoramic views of central London in the distance. Designed by Kate Macintosh, Dawson’s Heights was the young architect’s first commission. Dawson Heights was built at a time of massive council-backed building projects aimed at clearing slums and providing decent and comfortable homes for working-class people. Although originally council owned, many of the flats are now privately owned.

The development includes almost 300 flats, divided into two staggered blocks, both of which overlook a shared garden. The result has an Escher-like quality. Macintosh objected to the uniform, monotonous blocks that had started to be built across the UK, choosing instead to create a multidimensional building inspired by Edinburgh Castle. Each of the flats also has a private balcony, providing fresh air, privacy and fantastic views to the residents. Macintosh managed to justify the extra cost of providing balconies by making them serve a twin-function as fire-escapes. By removing a glass panel, residents can move across onto neighbor’s balconies to distance themselves from the fire.

Dawson’ heights doesn’t have the trademark Brutalist use of concrete, being made instead out of brown bricks. It does, however, have many of the other characteristics of brutalist architecture: remaining faithful to the material it is built from, and the use of bold angular forms. 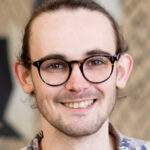 M.C. Escher: Master of the Impossible