The Odyssey’s Penelope: An Unsung Heroine?

The concept of heroism is explored in the Odyssey through the female protagonist, Penelope. 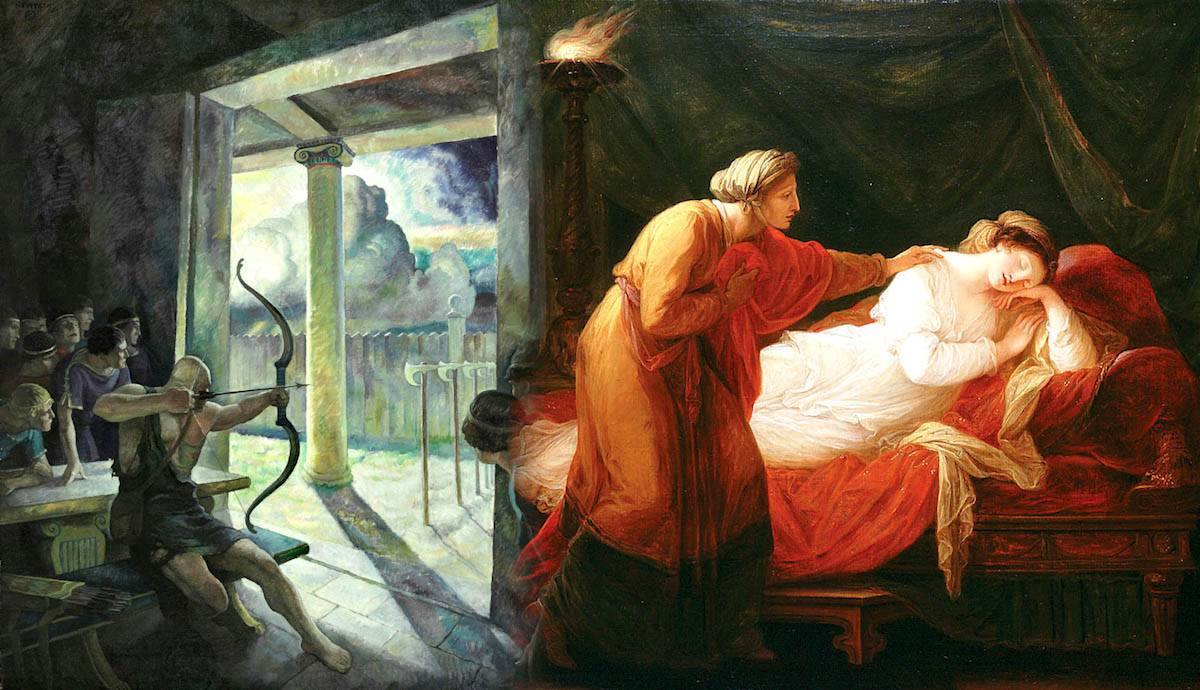 Penelope in Homer’s Odyssey may not be a historical figure, but she has gone down in the history books of classical literature for her heroic attributes. She displayed these character traits while overcoming the glaringly obvious obstacle of gender during her husband’s absence from Ithaca.

Who Was the Odyssey’s Penelope?

Penelope was the wife of Odysseus, King of Ithaca, with whom she had a son named Telemachus. Penelope raised Telemachus by herself while Odysseus was away with the Achaeans at war against Troy. She raised their son while looking after their household, which incorporated a variety of responsibilities.

While the Odyssey focuses on the adventures of Odysseus as he journeys back home, some scenes examine life back in Ithaca. These include Penelope’s attempts to ward off a horde of eager suitors. They actively seek to have her hand in marriage on the assumption that Odysseus has already died, as he has been missing for twenty whole years.

Penelope in the Odyssey

In book 2 of the Odyssey, Penelope’s clever deception of the suitors is revealed. She had been using the weaving of a great funeral shroud for her father-in-law, Laertes, as an excuse to avoid picking a new husband out of the suitors. However, as we learn, this was all a great ruse.

Penelope would weave by day to keep the pestering suitors at bay. By night, she would unravel the progress that she made during the day. Therefore, a project that should have taken a few months at most resulted in one that took three years. This way Penelope earned valuable time and did not marry one of the suitors before the return of her husband. This is a first hint that Penelope was acting as a heroine.

Throughout the Odyssey, we are repeatedly told that Odysseus is a clever and wily man. His most notable feat was the idea of the Trojan horse, which ultimately secured the victory over the Trojans. There are also multiple other examples as the tale of the Odyssey progresses, involving the blinding of Polyphemus and the theft of Helios’ cattle.

Through Odysseus, it is communicated that the Greeks valued brains as much as brawn in their heroes of old. Therefore, Penelope’s ability to trick numerous men through her simple weaving ruse attests to her sharp-mindedness and quick thinking.

The heroes of Homer were prone to boasting about their heroic acts as a way of letting others know that they should be celebrated. The Odyssey’s Penelope does this herself when she boasts to a disguised Odysseus recounting her deception of the suitors and how she carried it out in book 19:

“…and I have to think out tricks to fool them with. The first was a real inspiration. I set up a great web on my loom here and started weaving….”

Another example of Penelope’s cunning is related to Odysseus’s return to Ithaca. He returns disguised as a beggar to investigate what went on in his home the many years he was away. No human recognizes him in his disguise but Penelope. The heroine, deep down, knows that Odysseus has returned home.

However, she does not take her instinct at face value and decides to test the beggar by asking him things that only her true husband would know. Odysseus passes this test, just as Penelope hoped. Then, he kills the suitors, who have been taking advantage of his absence and scheming against his son.

Penelope’s testing of Odysseus clearly shows that the heroine was not ready to place all of her hopes on a mere hunch. Instead, she used her wit to come up with a way that could make her certain that the beggar in front of her was Odysseus beyond doubt.

Perseverance is another of the heroic attributes given to classical men, such as Odysseus and Achilles. However, it was also an attribute exhibited by the Odyssey’s Penelope and further evidence that she acted just as much of a hero.

As the purpose of a Greek hero was to fight battles and pursue quests, the attribute of perseverance is often thought of in purely physical terms. Still, in the character of Penelope, we can find a different kind of perseverance.

Penelope has persevered in her hope that Odysseus is still alive. She has persevered under the strain of the clamoring suitors, and she has persevered in raising her son Telemachus who eventually makes his father proud. Through these trials, she is presented as the ideal Greek wife, displaying the behavior that the Greeks would consider ideal for a woman.

Penelope went through the hardships life offered her: she lost a husband, raised a son as a single mother, and managed a household with endurance and loyalty to a husband she did not know was alive. In this way, she holds up the heroic standard of endurance through hardship.

In ancient Greece, it was traditionally the woman’s role to manage the household and ensure that everyone received a fair number of products and food. The Odyssey’s Penelope is more than capable in this feminine role. For once, she has made the most out of her suitors, who impatiently expect her to make a choice. The suitors have been offering valuable gifts to win Penelope’s favor, gifts that she uses in and around the house, increasing her family’s wealth.

Her bravery as she attempts to defend her household and make the most out of a difficult situation using her limited means and skills as a woman is noteworthy. Classicist Lillian Doherty comments on this: “Penelope shares Odysseus’ cunning, which she uses strategically, disguising her real purpose in weaving the shroud and eliciting gifts from the suitors.”

For this reason, Penelope was given as an example of a good Greek noblewoman, one that all other Greek women should strive to be. She was an overall example of a loyal and honorable wife.

The Odyssey’s Penelope is valued for more than her appearance, but beauty was an attribute that she did possess.

Homer even goes so far as to compare her with Artemis or even golden Aphrodite! The heroes of antiquity would often also be praised for their good looks, so even in the category of beauty, Penelope matches up to her male counterparts. According to Homer, it was exactly this beauty that made her attractive and desirable to so many men.

An interesting idea proposed by Steven Lowenstram, in his article ‘The shroud of Laertes and Penelope’s Guile’ is that the weaving of Laertes’s funeral shroud in the Odyssey represents Penelope’s battle with her suitors. The day that she finishes weaving the shroud is the day that marks the death and subsequent funeral of Penelope’s old life that she lived with Odysseus. She then must choose a new suitor to be her husband.

The decision to fight to protect her household while putting herself on the line is an act of self-sacrifice that is ultimately heroic. In a way, it echoes the decision that Achilles made to fight in Troy even if he knew that this could bring his end. For a classical hero, death in battle was a great honor. When Penelope decided to protect her household, she followed in the footsteps of other great heroes. Fortunately, her sacrifice is not required in the end, thanks to Odysseus’ well-timed return. Penelope’s heroic tale has a happy ending.

The Odyssey’s Penelope as Heroine

While the Odyssey focuses on the highs and lows of Odysseus’ journey back home, there is enough written about Penelope to make it clear that she could be considered a kind of hero, one that did not need to journey far away and fight a war to prove herself. Rather, she is a type of hero that could make a difference through everyday actions.

In the Odyssey, Penelope and Odysseus occupy a world where men and women have decisively different roles, due to the patriarchal structure of Greek society. Still, we cannot call Odysseus a hero without also calling Penelope a heroine in her own right. By looking closely at her story, we can recognize that she possessed the very same attributes of the Homeric men that became timeless and iconic heroes. 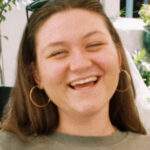 By Olivia MollerBA Languages & Culture, in progressOlivia is completing her BA in Languages and Culture. Reading, writing, embroidery, and film photography are just a few of her hobbies. She is passionate about ancient history and believes that it is valuable in understanding our current lives. There is nothing new under the sun, but she loves discovering more about what and who the sun used to shine on.

The Man Who Almost Saved Troy: Who Was Laocoon?