HomeStoriesDevil or Judge of Knights: Who is the Green Knight? 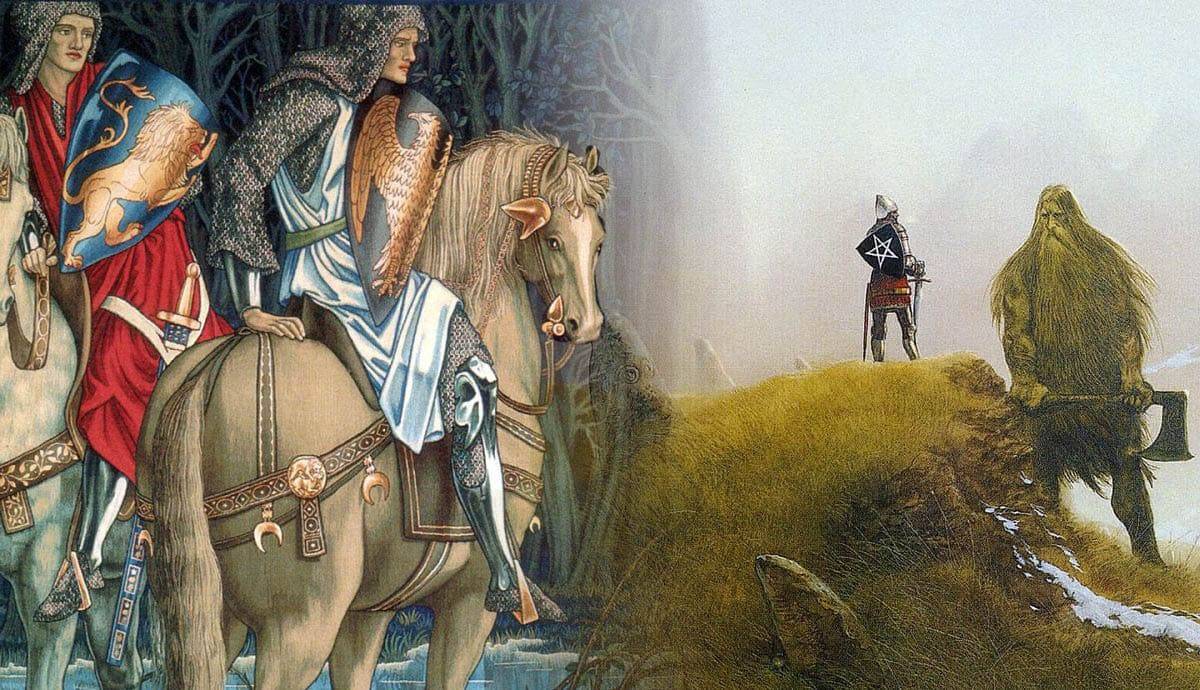 Out of all the medieval Arthurian legends, the Green Knight is, perhaps, the most enigmatic. He has appeared in three texts: the 14th-century Arthurian poem Sir Gawain and the Green Knight, the late medieval rhyming romance The Greene Knight, and in the English ballad King Arthur and King Cornwall. In these stories, he plays the role of a supernatural judge or tester of knights. This role, his nature, color, and motivations have baffled experts over the years and have led to multiple theories and interpretations which are fascinating to examine.

The Context of Sir Gawain and the Green Knight

The second poem, The Greene Knight, is a late medieval rhyming romance discovered in a folio compiled in 1650. Currently, it resides in the British Library. In 1995, the text was edited and published by Thomas Hahn.

The third text, King Arthur and King Cornwall is an Arthurian legend and ballad. The surviving version is contained in the 17th-century so-called Percy Folio manuscript, which resides in the British Library.

The Name and Image of the Green Knight

In Sir Gawain and the Green Knight, the latter has two names. Bredbeddle and Bertilak de Hautdesert. “Bertilak” is either of French or Celtic origin. “Bert-” comes from the word “bright” and “-lak” can mean either “lake” or “sport”. His name may have also been derived from the Celtic word bachlach (churl) or bresalak (contentious). “Hautdesert” might come from both French and Celtic words meaning “High Wasteland” or “High Hermitage”.

Another unique trait of the Green Knight is his image. He is an amalgam of nature and chivalry. The text emphasizes his size, describing him as the tallest man on the planet. However, he is not a brute. He wears the clothing of an aristocrat. His garments are rich with embroidery, gold ornaments, beading, and gemstones, fashioned with emerald silk.

What is the Role of the Green Knight Within Arthurian Legends?

In the Arthurian Legend found in Sir Gawain and the Green Knight, the knight has a double identity. He appears as the Green Knight during a Christmas feast at King Arthur’s court. Here, he proposes a challenge to the knights present at the celebrations. He will allow one man to strike him once with his axe, with the condition that he will return the blow the next year. While Arthur accepts the challenge, it is Gawain who takes his place and decapitates the Green Knight, who retrieves his head and tells Gawain to meet him at the Green Chapel.

Next, he appears as Bertilak de Hautedesert, lord of a large castle, and Gawain’s host before his arrival at the Green Chapel. He tests Gawain’s his loyalty and chastity by sending his wife to seduce Gawain. Furthermore the two men agree that each time Bertilak gains prey while out hunting, or Gawain gains any gift in the castle, each shall exchange his gain for the other’s. At the Green Chapel, it is revealed that he is a phantom created by Morgan le Fay to test Gawain and Arthur. His role is similar in the other two texts.

Origins of the Green Knight

One of the most significant moments in Sir Gawain and The Green Knight is the beheading “game”. This custom has its source in a similar scene in the French Arthurian romance, Le Livre de Caradoc. Other examples include the middle Irish text, Bicriu’s Feast, and the French romances La Mule Sans Frein and Hunbaut.

Predecessors of the Green Knight may be traced back even to antiquity. The first example is the giant Humbaba, guardian of the cedar forest of Lebanon in the ancient Mesopotamian Epic of Gilgamesh. Another predecessor could be the Muslim Green Man known as Kadr, whose lore was probably carried by crusaders back from the Holy Land.

The other face of the Green Knight, Bertilak, may represent a version of the Wild Huntsman of European folklore. This is a figure leads a hunting party through the sky, and he is usually condemned on account of some crime to hunt for all eternity.

Significance and Symbolism in Sir Gawain and the Green Knight

The Green Knight represents a unity of two concepts, nature, and chivalry. First, the connection with nature is clear from his clothes, armor, green skin, and horse. Second, going further, we can observe he represents the spirit of vegetation. On being decapitated, he picks up his head, which continues to speak in his hand, and he places it back on his body the following year. Finally, the Green Knight takes the role of a monster in Gawain’s journey. He waits for him at the Green Chapel and represents the last obstacle in the hero’s journey.

He has also been associated with the medieval Green Man of European folklore. This figure represents a symbol of rebirth, the cycle of new growth that occurs every spring. However, he is not simply an avatar of the leafy Green Man, the Green Knight distinguishes himself through his elegant garments and embellished axe. As Bertilak, he is both a medieval noble and a huntsman. The wild huntsman has been identified as several figures such as the Norse god Odin. Like King Arthur, he is also associated with Hearn the Hunter from Celtic mythology. As an aristocrat, Bertilak’s smaller-scale court at Hautdesert provides a foil for Arthur’s Camelot, which comes up short in the comparison. 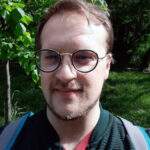