HomeArtistsSir Joshua Reynolds: 10 Things To Know About The English Artist

Sir Joshua Reynolds: 10 Things To Know About The English Artist

Discovering everything you need to know about Sir Joshua Reynolds, one of England’s most celebrated artists. Reynolds was the founder of the Royal Academy of Arts and portraitist of international renown. 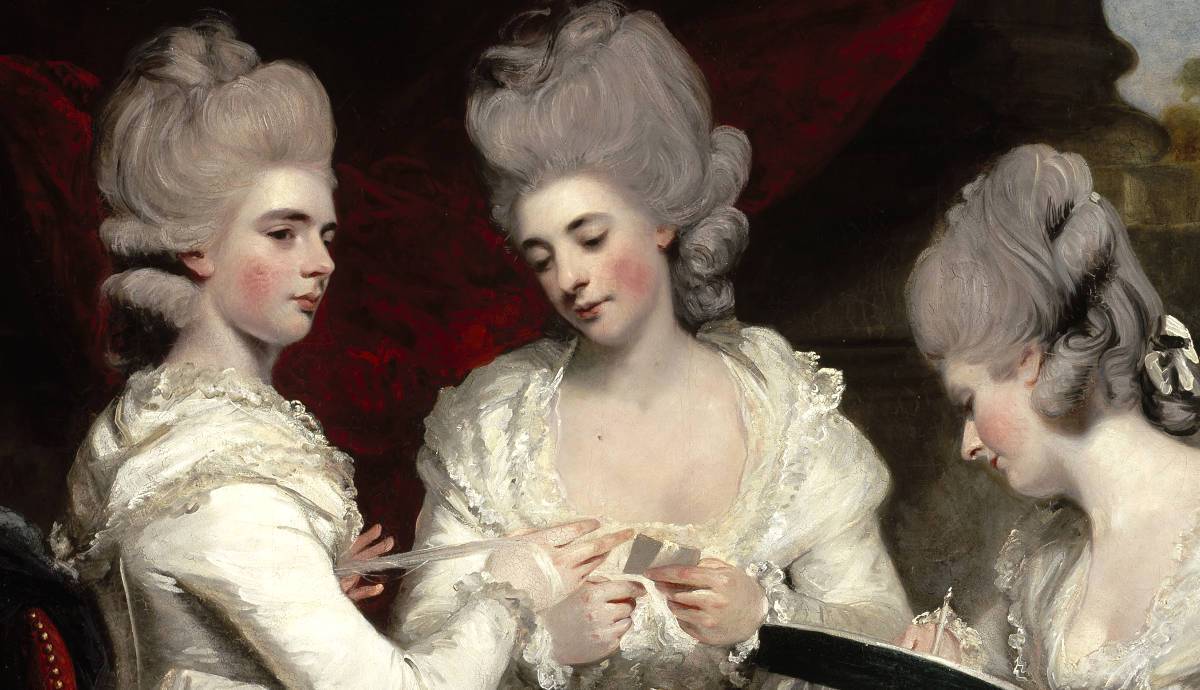 Sir Joshua Reynolds was the first president of London’s Royal Academy of Arts and one of the stand-out figures in the history of British art. Primarily known for his portraits, he preserved the identities of England’s most important figures, founded the Royal Academy of Arts, and influenced painters for years to come. The following ten facts tell you all you need to know about his biography, body of work, and legacy.

Born into an affluent family in Plymouth, England, Joshua Reynolds was brought up in a rich intellectual environment. The men on his father’s side had historically been educated at either Oxford or Cambridge University, before continuing with careers in the church or academia. It is even said that one of his ancestors, Dr John Reynolds, had suggested to King James I the need for a new translation of the Bible.

Of his siblings, his brother also went on to be a painter while two of his sisters became known for their writings. One of them, Mary Palmer, supported Joshua throughout his early career, providing the funds for him to receive his artistic education under the portraitist Thomas Hudson.

The young Joshua soon gained a reputation as an avid reader and a curious mind. During his youth he was particularly influenced by a master at his school, Zachariah Mudge, who introduced him to philosophy. Reynolds subsequently filled whole scrapbooks with extracts from the works of artists, poets, and thinkers from all eras of history. Even as a boy, he would inscribe his name in the front of his books as ‘J. Reynolds Pictor’.

Later in life, Reynolds himself would write several books on art theory, no doubt inspired by the works of Leonardo da Vinci that he had studied so earnestly. The most important of these was Discourses on Art, which was considered necessary reading for any art historian and helped to cement Reynolds’ status as a true polymath.

At the age of 26, Joshua Reynolds was invited by naval captain Augustus Keppel to join him on a voyage to the Mediterranean. Over the subsequent months, Reynolds had the opportunity to visit the centers of European culture. In Cadiz and Rome he could observe the relics of the ancient empires, while Florence, Venice, and Paris offered the chance to examine the continent’s finest artwork first-hand.

While abroad, Reynolds contracted a nasty virus that left him partially deaf for life. On the brighter side, however, he also made a lifelong friend. The painter and engraver Giuseppe Marchi, ten years Reynolds’ junior, accompanied him throughout his travels and went on to work as his assistant for the rest of his career.

Back in England after his grand tour, Reynolds established a home for him and his sister in London. His artistic talents immediately came to the attention of the capital’s elite, and a long succession of lords and ladies, dukes and duchesses, socialites, and statesmen sat for him to paint their portraits.

Despite the power and dignity he could create with his brush Reynolds was also able to capture the playful innocence of children. One of his best-known paintings is the Age of Innocence, which shows a young member of the prestigious Spencer family, whose other offspring included Sir Winston Churchill and Princess Diana. Age of Innocence was later used by Edith Wharton as the title for her 1920 novel; another of her books, The House of Mirth, also features a painting by Sir Joshua Reynolds as a key plot device, demonstrating just how wide-ranging his influence would be.

Reynolds was famed among his acquaintances for his tireless work ethic. Spending hour upon hour in front of his canvas, neglecting sleep and almost never taking a holiday, he produced a huge number of paintings. It is said that at the peak of his career, he would receive six people a day into his studio to sit for their portraits.

Reynolds was handsomely rewarded for his sleepless nights. During the 1760s, he charged between 80 to 100 guineas for a full-length painting, the equivalent of roughly $20,000 today! Nor did he face a shortage of requests: a portrait by Sir Joshua Reynolds became something of a status symbol among England’s elite. Wealthy women, in particular, competed to commission society’s most admired painting.

For Reynolds, the face was the essence of a portrait. His subjects with a wide range of expressions, portraying the entire spectrum of emotions and evoking the viewer’s curiosity, connection, and empathy. With his efforts focused on this aspect of the painting, Reynolds often improvised on the body. Clothing, too, was less of a priority and he would often leave it to his pupils or assistants to finish off a portrait once he had completed the face, head and hair.

Predictably, Reynolds faced criticism from his contemporaries for this cavalier attitude, especially after he was discovered to have copied poses from earlier works. Needless to say, however, his admirers far outnumbered his critics and Reynolds continued to receive countless commissions.

4. He Was a Member of London’s Most Elite Circles

Equipped with his artistic talents and sharp mind, Joshua Reynolds soon found himself a place in London’s elite circles. He came to count the likes of Samuel Johnson and Edmund Burke among his friends. His famous portrait embodies the character of Doctor Johnson entirely, with its scrutinizing and condescending stare.

Reynolds formalized his relationships with the city’s most wealthy, influential, and intelligent inhabitants by forming ‘The Club’. From 1764, he would invite a select crowd of men and women to meet in a pub every week. They would discuss all manner of subjects, from politics to philosophy, literature to fashion, and their sessions would inevitably end with the drunken group pouring out onto the street in the early hours of the morning.

3. He Helped Found the Royal Academy of Arts

Another more prestigious group that Reynolds helped to establish was the Royal Academy of Arts. He had already played a key role in setting up the Royal Society of Arts and the Society of Artists of Great Britain. Then, in 1768, he was made the first president of the Royal Academy, a position he held until his death. Many of the legendary lectures he gave during this time were later transformed into books, including his Discourses on Art.

The Royal Academy continues to this day as one of the world’s most prestigious schools of art.

As a further honor, Joshua Reynolds was knighted in 1769 by King George III. He was only the second artist in England’s history to be given the title Sir. But he was still hungry for more.

In 1784 the official role of Principal Painter to George III became available following the death of the former artist. Reynolds threatened to resign from the Academy if he was not appointed to the office, believing that his contributions to British art entitled him to such a position.

Reynolds received his wish, but it was not what he expected. Only a few weeks into his new job, Reynolds wrote to a friend complaining about his ‘miserable office’ and grumbling that the king paid a tiny fraction of the fee charged for private commissions!

1. Reynolds Was Remembered as a Good Man and Outstanding Artist

Sir Joshua Reynolds’ life began to decline as he gradually lost his eyesight, and at the age of 68 he died from what is suspected to have been alcohol-related liver damage. Despite this sad and early end, Reynolds received the honor of a burial at St Paul’s Cathedral in the heart of London.

He was remembered by his friends as not only an outstanding artist, but also as a good man. Anecdotes were passed around about Reynolds’ charm, about how he used to entertain the children he painted with tricks and stories to put them at ease. One of his companions wrote a poem in his memory, in which he vowed to emulate his character and career:

“Thy temper mild, thy genius fine I’ll copy till I make them mine”.

His legacy is also bolstered by the incredible value of his paintings today. In 2014, his Portrait of Lady Frances Marsham sold at Christie’s for £4,786,500, and in the same year a Portrait of Mrs Baldwin fetched £3,365,000 at Sotheby’s.

12 Famous Art Collectors Of Britain In The 16-19th Centuries