While men have historically dominated the world of philosophy, there are exceptional female philosophers who have contributed greatly to the discipline. 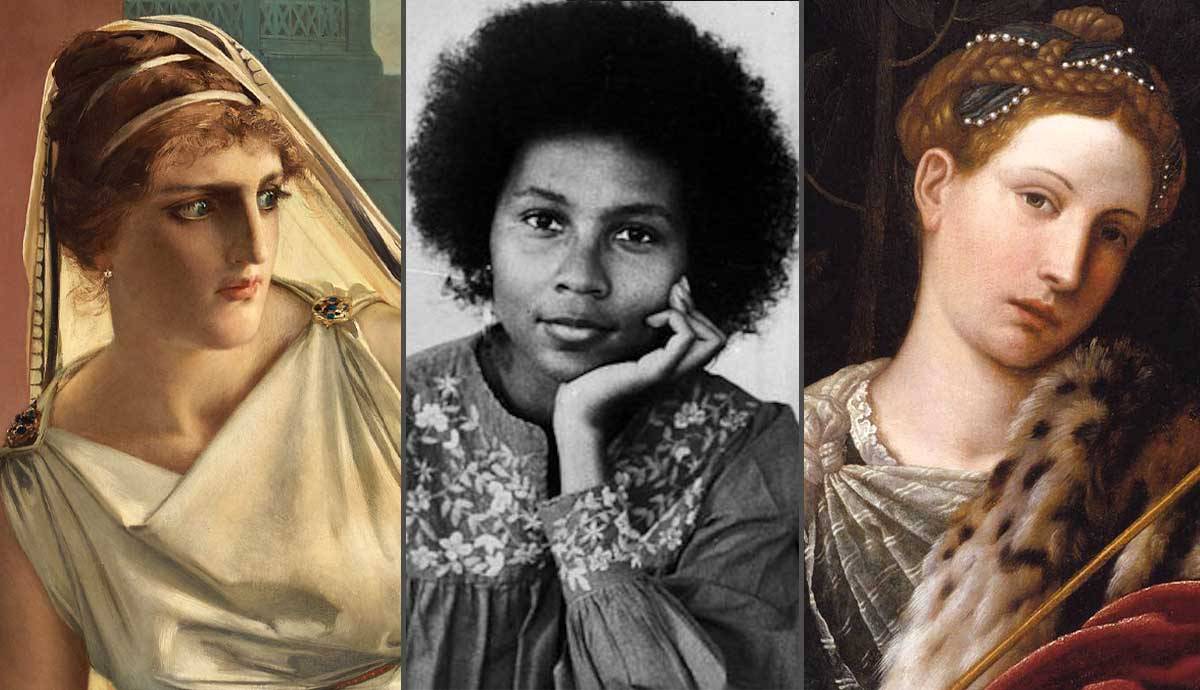 Why is it we only hear of famous men in philosophy? Plato, Aristotle, Descartes, Nietzsche– all the “greats” of philosophy are considered to be men. Women are rarely mentioned as philosophers. Women – naturally intuitive, emotional beings were apparently not regarded as intelligent or philosophical throughout history. Did they genuinely contribute to nothing of scholarly importance for years? In this article, we will take a look at three female philosophers who have made a significant contribution to philosophy.

1. Hypatia of Alexandria: The Martyr of Philosophy

Hypatia was estimated to be born sometime around 350 AD in Alexandria. Her father, Theon, was a widely famous philosopher and mathematician. Theon encouraged Hypatia to learn and study a wide array of subjects at an early age. Although it was rare for women to be publically considered highly intelligent at that time, the city loved Hypatia and held her in high regard.

She went on to become the head of the university in Alexandria–  teaching mathematics, astronomy, and more. Hypatia was considered a Neoplatonist and believed that mathematics had a very spiritual aspect to it. She saw numbers as being somewhat of a language the universe spoke in, and that to further understand our human nature, we must look at mathematics in a different light.

Hypatia also refined many scientific and mathematical tools, wrote mathematics textbooks, and was looked up to because of her general knowledge and writing style. She played musical instruments, spoke of the magic in science and the stars, and carried herself in a way that was “unnatural” for women at that time. She never married and she remained celibate, devoting her life to learning and teaching.

Heartbreakingly, this was doomed to not end well – all thanks to early Christianity and the beginning of religious divide. Once Christianity became the Empire’s main religion, the Archbishop gained political power and began spreading fear amongst the city. It was recorded that she “beguiled many people through her satanic wiles” and that Orestes (the governor of the city) stopped attending church due to being under the influence of Hypatia’s “magic”.

Ignorance prevailed even further, and Hypatia was killed by a violent Christian mob while returning home from the university. She was dragged into a church, stripped naked, and was asked to kiss the cross to repent her sins and beg for forgiveness. Her skin was then scrapped off to the bone by oyster shells and the Christian mob proceeded to dismember her body. What was left of Hypatia was thrown into the fire. The Archbishop then ordered the University to be burned down, which also started a mass exodus of the city’s local intellectuals.

Hypatia’s death signified the end of a classical intellectual era and the start of religious tyranny. Hypatia is considered to be the martyr of philosophy today, although a majority of her writing and discoveries were burned by the church. Regardless, as one of only a few female philosophers in her day, she remains an exemplary figure of feminism and free-thinking. Who knows what else she could have discovered if her life wasn’t ended by fear-based ignorance and cruelty.

Tullia d’Aragona was born in Rome, Italy sometime during the early 1500s. She spent the majority of her life traveling around Italy, devoting her time to experiencing life and love to the fullest degree. When she turned 18, she started her career as a courtesan – otherwise known as a prostitute who specifically has upper-class clients with a high rank in society. Tullia was known for her intellectual conversations and alluring aura that sent even the coldest of men into a spiral. She graced many men with her presence – including bankers, scions, and poets. It is even said that she was the illegitimate daughter of Cardinal Luigi of Aragon, born out of wedlock because her mother shared the same career as she.

It is possible that Tullia chose this lifestyle for herself because she was surrounded by it as a child, but nonetheless, she made the most out of her career. After studying and observing firsthand the inner workings of love, sex, and everything in between, she published two books in 1574, Rime and Dialogue on the Infinity of Love. Rime was a collection of poems and letters written by her or written to her by numerous different men. Dialogue on the Infinity of Love was her philosophical perspective on relationships. Within this book, Tullia offered a never-before-seen take on the women’s view of love. This was a rarity in that day and age, as women having an opinion about sex and relationships was considered taboo.

In Dialogue on the Infinity of Love, Tullia argues that a relationship between a man and a woman must spiritually and sensually satisfy both parties in order to be considered mutually beneficial. Social ranking and financial support were simply not enough for a man to offer. This was bold to say coming from a woman at this time because she was quite fortunate enough to be detached from any man both romantically and financially.

Often women were not as fortunate, as years of oppression led them to become idle in unhealthy relationships just to ensure financial comfort. Tullia was one of the first to break this silence and declare relationships to be one-sided. The only way the relationship was not “one-sided” was, again, if both the man and woman could satisfy each other’s “sensual and spiritual needs”.

As one of few female philosophers, Tullia was certainly a diamond in the rough for women’s rights in Italy at that time. She called out misogynistic views on love, relationships, and how women are “allowed” to express themselves sexually. She claimed that sexual desires are “fundamentally irrepressible and blameless” – therefore no one should be condemned because of how they chose to express themselves. Although her discoveries were timeless, brave, and remarkable – it is rare to hear about her in any philosophy texts, videos, or classes. What could be the reason for this?

bell hooks purposely kept her writer’s name undercase because she specifically stated that she wanted to draw attention away from herself, and more towards the messages she was determined to get across.

But before she was bell hooks, her name was Gloria Jean Watkins, and she was born in 1952 in Hopkinsville, Kentucky. Raised in the south during segregation, bell experienced firsthand what it was like to be painfully neglected by society for reasons that were out of her control. Being brought into an earthly environment where you rarely experience peace put her in a predicament to question the “why” of it all. She wondered what was the point of all this suffering and blame placed upon her as though her very existence is a burden to an entire society of people.

Rather than allowing this dread to consume her, she decided to educate herself and sought to understand the root of the problem. As she went deeper into her discoveries, she began writing. Her first book was a collection of poetry called “And There We Wept”, published in 1978. And then in 1981, her book “Ain’t I a Woman: Black Women and Feminism” was published, where she publically challenged the current climate of feminism and argued that the movement left out women of color. This stance on intersectionality also allowed bell hooks to become well-known for her intellectual views on society, what it means to be black, and the numerous problems at hand, making her one of the leading female philosophers of the 20th century.

bell wrote about love, race, patriarchy, and much more. She argued that patriarchy is one of the most dangerous threats to men – putting men in a situation that makes them feel as though they are not allowed to show emotion or vulnerability. Putting such weight on a man’s shoulders to be strong and constantly in control, stripped them of what makes us all human. She stated that dismantling patriarchal views would benefit both women and men, as men would be encouraged to not keep their emotions suppressed, thus greatly helping their mental state.

bell also went on to teach English, ethnic studies, African-American studies, and women’s studies at various universities across America. In 2004, she finally settled down as a professor at Berea College in Berea, Kentucky. This is also where The bell hooks Institute was founded in 2014. Her views on the world and life overall helped remind an entire population that they have a voice. Her contribution to race, love, and philosophy will never be forgotten. The impact she has made on the world is timeless.

The Underrated Impact of Female Philosophers

These three female philosophers have moved the world with their ideologies and refreshing perspectives regarding life, love, and existence as a whole. Perhaps for too long have we looked solely at the philosophies of men, who are strangely considered to be the only “greats” in this field.

We have Hypatia, a woman who bravely spoke out against extreme religious views as well as attempted to discover the relationship between mathematics and spirituality. Then Tullia D’Aragona, broke through societal pressures of what it meant to be a woman during her time – arguing against previously placed standards on how women should experience love and sex. And last but certainly not least, bell hooks – a force to be reckoned with, despite feeling as though the entire country was against her for reasons beyond her control. One of the most important female philosophers of all time, she was determined to make her voice heard all while changing the direction of social and racial perspectives entirely.

“For me, forgiveness and compassion are always linked: how do we hold people accountable for wrongdoing and yet at the same time remain in touch with their humanity enough to believe in their capacity to be transformed?”
bell hooks

Hypatia of Alexandria: The Life and Death of a Female Philosopher 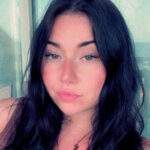 By Nicole BeckerBA Anthropology and Sociology Nicole is a writer and artist based out of the United States. She also specializes in holistic healing and metaphysics. Aside from philosophical research, she enjoys writing descriptive poetry and fantasy literature. In her free time, you can find Nicole reading, playing games, or meditating with her cat Miso.

Hypatia of Alexandria: The Life and Death of a Female Philosopher