What are Sumptuary Laws?

Sumptuary laws designed to limit the freedom of consumption (especially choice of clothing) have been prevalent throughout all of human history. Here are some compelling examples. 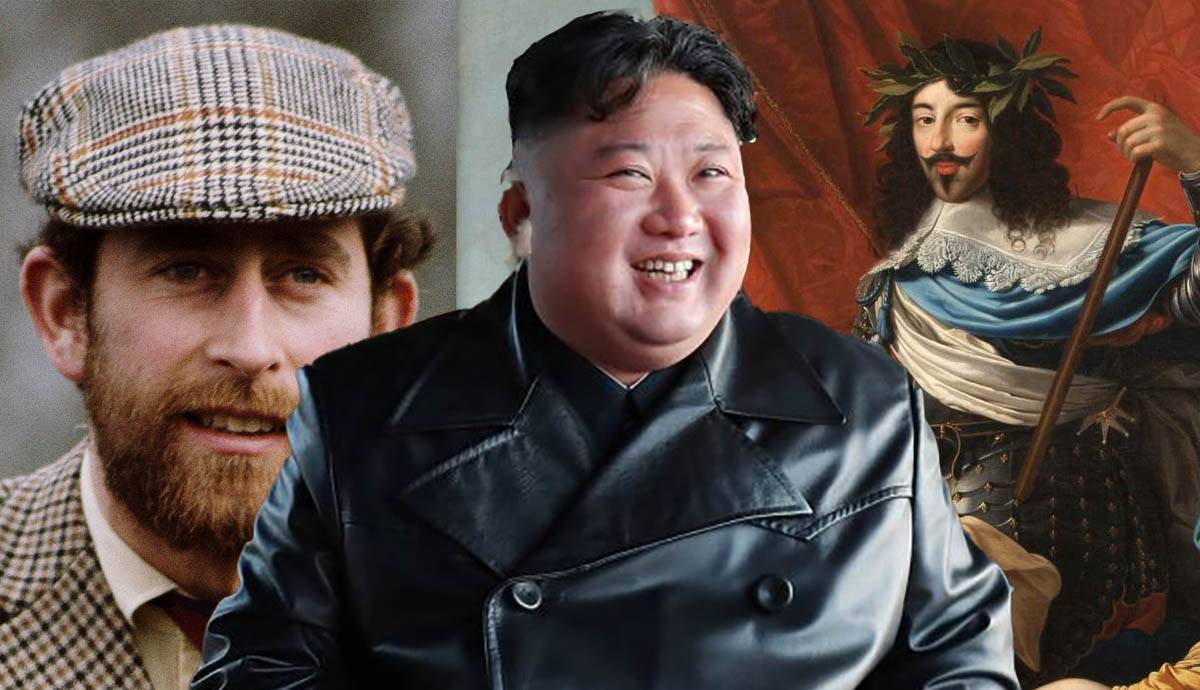 From before Sparta to the modern day and probably beyond, nobility, cultures, and people around the world have been subjected to sumptuary laws. These laws are regulations designed to limit or prohibit extravagances in fashion, food and drink, activities, and the things we want to own. Generally, these laws have roots in religious beliefs and moral codes and have sought to restrict the freedom of choice. As can be expected, many of these laws would be considered utterly ridiculous by today’s standards.

There were many instances of sumptuary laws being enacted in ancient Rome. While some were well-intended and even sensible, others were remarkably peculiar. An example of the former idea (although inarguably sexist) would be the Oppian Law of 215 BC addressing the financial crisis catalyzed by the Second Punic War against Carthage in which Rome was almost destroyed. The law restricted the clothing and jewelry that women were allowed to wear, thus freeing up wealth to be used in matters that took national priority.

This law, however, was followed by some unusually conservative edicts enacted by Cato the Censor, who crusaded (so to speak) against the dangers of luxury. In 182 BC, the Orchian Law limited the number of guests allowed at banquets. This provision was strengthened by the Fannian Law of 161 BC, which further sought to restrict the lavishness of banquets, and the Didian Law of 143 BC, which enacted the law across all of Italy. These laws, along with the Lex Voconia of 169 BC, which outlawed the naming of women as heirs among the upper classes, were the results of a ruling class seeking a return to more orthodox forms of Roman culture.

The Middle Ages: Peasants and Nobility

The Middle Ages were a time of great wealth polarization. While peasants lived simple lives and concentrated on meeting their basic needs, members of the nobility were able to live lavishly and extravagantly. Fashion and food were particular ways of expressing an opulent lifestyle designed to impress others with wealth.

Tailoring and dyeing were expensive processes at this time. Thus, getting expensive clothes made with high quality, bold colors, often dyed twice, was du jour for the upper classes who vied with other members of their societal stratum. The rich also held banquets with a peculiar habit of providing the most exotic foodstuffs available, even though the food was often barely edible, including the likes of fully-feathered, roasted swans with their beaks gilded.

Naturally, these extravagant showings of wealth concerned the more pious members of the clergy who saw this behavior as being dangerously contrary to the teachings of Christ. During his time, Jesus had an issue with opulence and championed the poverty-stricken working classes. Sumptuary laws were thus aimed at the nobility, but the year 1347 changed all of that.

The Black Death ravaged Europe, by some accounts killing between 40% and 60% of the population. The resulting lack of common labor meant that peasants could demand better wages and living conditions from their lords. As such, peasants could now afford some of the amenities that only the nobility could previously afford.

During the Medieval era, however, sumptuary laws were widespread and common for a massive host of reasons. Minorities were subject to dress codes for easy identification and for ease of discrimination. These laws governed the dress codes for religious groups, specifically Jews and Muslims, and those living with infectious diseases such as leprosy.

Although sumptuary laws were in effect across most of Europe, they were especially prevalent in England and were usually enacted for discerning social status or profession. Courtesans, for example, were required to wear striped hoods, while knights were forbidden to wear weasel fur. Esquires were forbidden to wear clothing costing more than five marks, and in parliament, there was a law detailing the requirements for the length of pike shoes. The pike shoe was a medieval phenomenon with noticeably long and pointy front pieces. The longer (and more irritating) the pike, the more esteemed the wearer was supposed to appear. For practical reasons, however, pike shoes were (perhaps ironically) utterly pointless.

Sumptuary Laws in the Tudor Era

Sumptuary laws were often put in place for practical economic reasons. In 1571 in England, a law was passed that required all males (except nobles) over the age of six to wear a woolen cap on Sundays and public holidays. This law was put in place to stimulate the local wool economy and is credited for being the reason for the popularity of the flatcap in English culture. The law was repealed in 1597.

Nevertheless, more laws were passed for the same reason. Vast lists of apparel detailing who could wear them and even where they must be produced were drawn up and passed as law in the English parliament. These laws were especially relevant during the Tudor era but were rarely enforced with any enthusiasm. It is noteworthy that the economist Adam Smith was against these laws, claiming that it was extremely “impertinent” that the upper classes try to control the spending of the lower classes, when they themselves are the biggest wastrels, and if any class were to ruin the economy, it would be them.

Similar criticism was made by the philosopher Lord Michel de Montaigne against 16th-century French sumptuary laws. In his essay on sumptuary laws, he states, “The way by which our laws attempt to regulate idle and vain expenses in meat and clothes, seems to be quite contrary to the end designed… For to enact that none but princes shall eat turbot, shall wear velvet or gold lace, and interdict these things to the people, what is it but to bring them into a greater esteem, and to set every one more agog to eat and wear them?”

It is quite telling that these same arguments and criticisms are made today regarding current austerity measures.

As the western world progressed past the Renaissance, various versions of sumptuary laws continued to be enacted in Europe and the United States; however, these were largely ignored or defied. Edicts passed in 1629 and 1633 by King Louis XIII in France sought to restrict “superfluity of dress.” These edicts banned commoners from wearing lace or metallic embroidery. Puffs, slashes, and ribbons were also heavily restricted to the nobility. The enforcement of these edicts was dispassionate at best.

In colonial America, a famous example of sumptuary laws comes from the Massachusetts Bay Colony, in which decorative items on clothing were forbidden to be worn unless the wearer had a personal fortune of 200 pounds or more. These decorative items included cutwork, lace embroidery, buttons, hatbands, ruffles, belts, and capes. Despite the conservative nature of the colony, many openly defied these regulations.

Perhaps one of the most well-known examples of a sumptuary law from this era came from the failed Jacobite Rebellion. In an attempt to dampen Scottish nationalism and bring Scottish clans under government control, the Dress Act of 1746 was enacted. This act prohibited the wearing of Highland Dress, which included the kilt, in all strata except for the military.

Sumptuary laws have existed in China in different forms since the Qin Dynasty in 221 BC. Many of these laws were results of and justified by the Confucian ideal of restraint which purveyed Chinese society throughout virtually all of the empire’s history. A notable example during this period were the laws regarding the size and style of tombs and gravestones, which depended on the station of the interred.

During the Ming Dynasty (1368 to 1644), enforcement of dress codes was enacted in order to eliminate the Mongol influence of the previous Yuan dynasty, which lasted for 89 years. Certain forms of Mongol clothing and other aesthetics were banned in an attempt to restore traditional Chinese values.

In Japan, sumptuary laws were immensely detailed and affected people from every social class. Feudal-era Japan stands as the most prominent example in history in this regard. These laws were enacted to visually define who belonged to which social stratum and how they should act. They even extended to detailing the size of houses and the materials which could be used to build them.

However, in the 18th and 19th centuries, the merchant class became increasingly more powerful as their wealth began to surpass those of the ruling Shoguns. As a result, the merchant class began to wield considerable power, which it used to leverage changes to the sumptuary laws that bound them. A powerful example of this was the concession made by the Shogunate, which allowed merchants to wear swords.

There are many examples of sumptuary laws from around the world that are in effect today, but most of them deal with the maintenance of public decency. There are, however, a few notable countries where sumptuary laws are enforced in draconian ways, proving that the modern era is no less absurd than in the past. Afghanistan stands as a major example in this context. These laws are all part of what is called the “Talibanization” of the country and include a long list of banned practices. Some of the most notorious include the prohibition of education for women, banning or enforcement of certain hairstyles, beards, and clothing, and the enforcement of wearing yellow badges for Hindu Afghans. There are even some truly bizarre laws such as the ban on clapping during sports events.

Recent reports state that in North Korea, Kim Jong Un has banned the wearing of leather coats in an attempt to stop North Korean citizens from imitating their leader after he was photographed wearing such clothing. Although the validity of the claim is suspect, it does stand as a modern example of a sumptuary law that hearkens back to the time when such laws were widespread and draconian in nature.