HomePhilosophyThe Mysterious Father of Stoicism: Who Is Zeno of Citium?

The Mysterious Father of Stoicism: Who Is Zeno of Citium?

Zeno of Citium is credited with founding one of the most profound schools of philosophy in the world. What do we know about this mysterious philosopher? 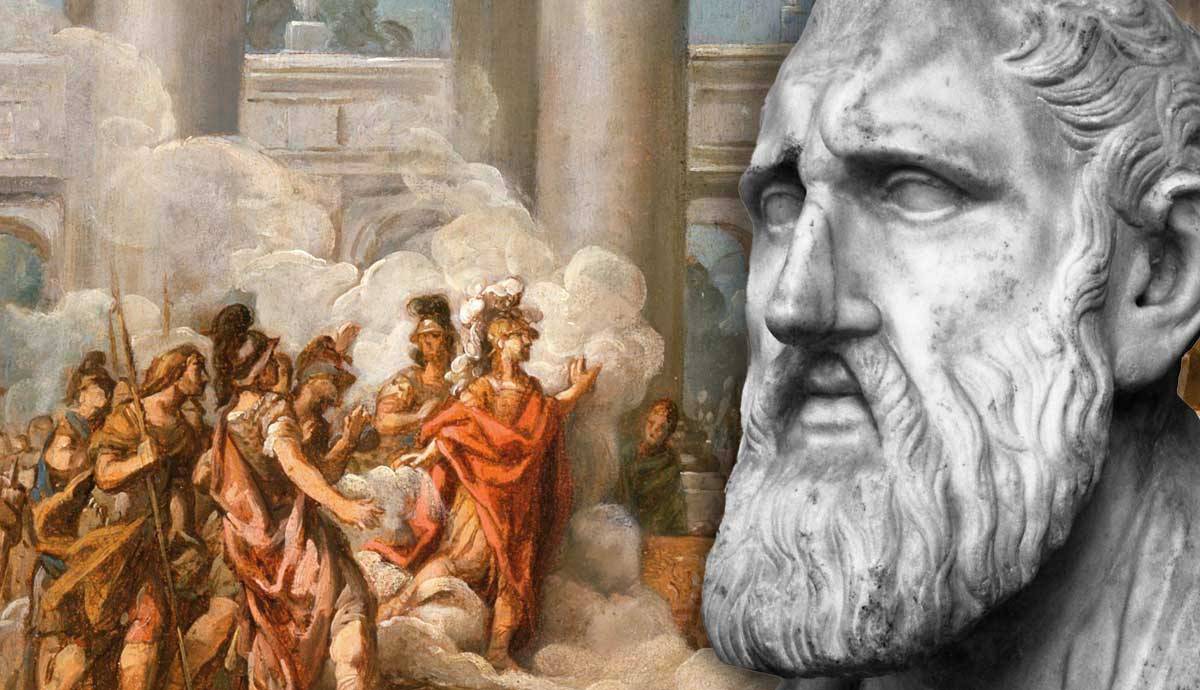 The philosophical school of stoicism has seen a resurgence in recent years thanks to authors such as Ryan Holiday. The readability of stoic philosophy as offered by Roman Emperor Marcus Aurelius via his work Meditations sustained due to its familiarity. The school of thought is digestible and admirable even to the common modern reader. To quote Marcus Aurelius, one must “never be offended by idiots” and, to paraphrase, always “get out of bed in the morning – we were created to get up and work; not huddle under the blankets and stay warm”. How is it the thoughts of a two-thousand-year-old man, known as Zeno of Citium, still hit so close to home?

What We Know About Zeno of Citium

As his name suggests, Zeno was born in Citium, Cyprus around 334 BCE. Not much is known of his background, and what we do know of him comes via the biographer of Greek philosophers Diogenes Laertius.

It is widely thought that Zeno was of Phoenician origins – a thalassocratic, sea-loving civilization related to the modern Lebanese. The Phoenicians spoke a Semitic language related to both Aramaic and modern-day Arabic. Zeno, like most others of his time, evidently also spoke Greek as it was the lingua franca in that era and region.

Like any other Mediterranean culture in this time, the Phoenicians would frequently venture out across the sea and establish colonies. The most well-known Phoenician colony is that of the powerful city of Carthage – lifelong nemesis to the Romans. Ironically, the most famous peddler of stoicism, a school of thought established by a Phoenician, would be a Roman: Emperor Marcus Aurelius.

Zeno is thought of to have come from a wealthy merchant background, though he maintained a quasi-ascetic and simple lifestyle despite his wealth. This outlook drew the attention of Cynic thinkers at the time, who educated Zeno, though he would prove too insecure to engage in the Cynic level of shamelessness.

Zeno began teaching as early as 301 BCE in the Athenian Agora. The location from which he would lecture, the Stoa Poikile (a roofed promenade or walkway with pillars on either side) became the namesake of the students. It was in the Stoa that these thinkers, originally referred to as “Zenoans”, came to be known as the first Stoics.

The Tenets of Stoicism

There have been an expansive number of Stoic philosophers over the years: Greek, Roman and even modern alike. For this reason, it is difficult to directly talk about Stoicism as if it came from the mouth of Zeno himself, though many of the central ideas remained congruent throughout all Stoics’ works.

One central tenet is to live in accordance with nature. Simplifying the school to its view on ethics (what the Stoics are really known for) the ideology takes a quasi-Aristotelian approach. To live well, one must live in harmony with Logos (λόγος) – universal reason, which was equated to nature. Virtue comes from remaining in tune with λόγος that is found in the natural flux of affairs.

While this may seem as if Stoicism prescribes gravitating towards a predisposition to be passive (almost submissive), this basic idea of life in accordance with nature has been moulded over the years, leading to taking mental clarity and calmness as the ultimate ideals. If, say, λόγος dictated that your humble city-state should be decimated by a marauding barbarian force, such was the way of life.

This passive nature should not be translated only into political life. In his work Meditations, Marcus Aurelius reminds himself to remain true to the λόγος when facing a myriad of problems: from dealing with “the ignorant” to facing death, remaining calm in the face of adversity is the true central pillar of Stoic philosophy.