HomeAnswersWho Was Psyche in Greek Mythology?

Who Was Psyche in Greek Mythology? 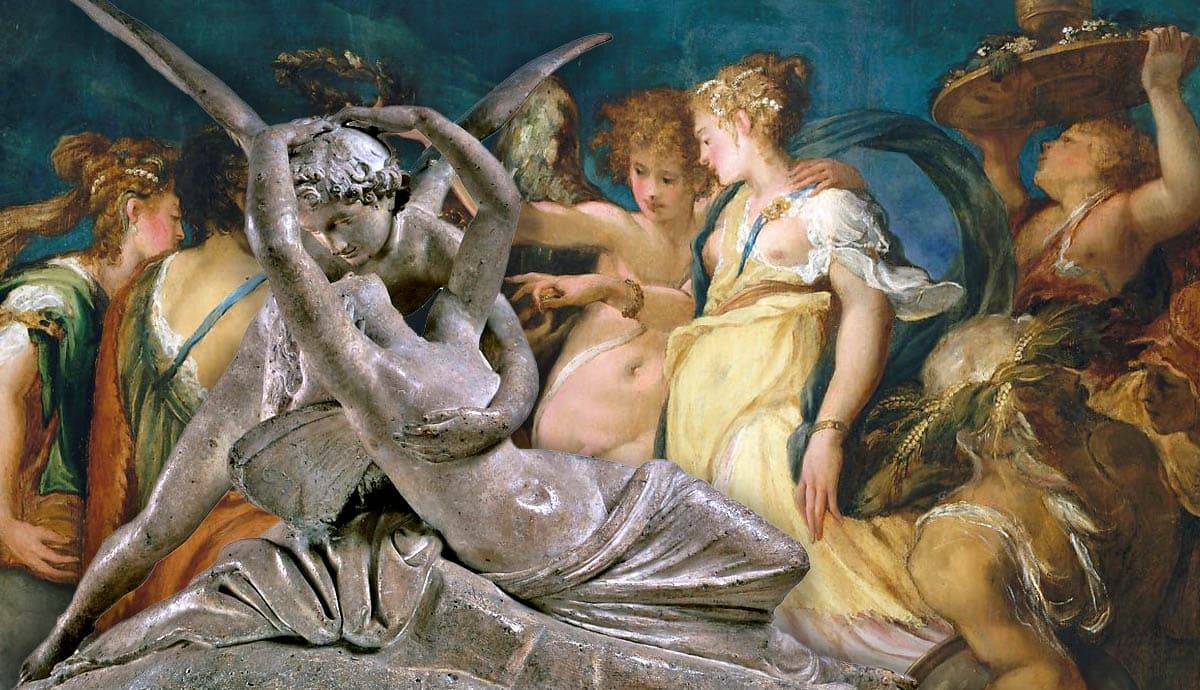 Psyche is one of the most celebrated characters in Greek mythology. Known as the goddess of the soul, her name meant “breath of life,” and she was linked closely to the inner human world. Her beauty rivalled that of Aphrodite, the goddess of love. Born mortal, she captured the affection of Aphrodite’s son Eros, the god of desire. She completed a series of impossible tasks for Aphrodite, and was later granted immortality and goddess status so she could marry Eros. Let’s take a closer look at her life story and how it unfolded.

Psyche was the youngest of three daughters to an unnamed king and queen. Her beauty was so extraordinary, it almost outshone that of Aphrodite, the goddess of love. Apuleius writes: “(she was) so perfect that human speech was too poor to describe or even praise it satisfactorily.” Her beauty became so famous as she grew older that visitors would flock from all over the neighboring countries showering her with gifts and admiration. Aphrodite was angered at being eclipsed by a mortal woman, so she hatched a plan.

Eros Fell in Love with Psyche

Aphrodite asked her son, Eros, the god of desire, to fire an arrow at Psyche, which would make her fall in love with a hideous creature. She commanded Eros: “Punish mercilessly that arrogant beauty… Let this girl be seized with a burning passion for the lowest of mankind… someone so degraded that in all the world he can find no wretchedness to equal his own.” Eros sneaked into Psyche’s bedroom, ready to fire an arrow, but he slipped and pierced himself with it instead. He then fell helplessly in love with Psyche.

Psyche Was Supposed to Marry a Monster

The years rolled by and yet Psyche could not find a husband. Instead, men simply worshipped her as if she were a goddess. Eventually Psyche’s parents visited the oracle of Apollo to ask what could be done. The oracle instructed them to dress their daughter in funerary clothing and stand on a mountaintop, where she would meet her future husband, a horrible serpent that was feared by everyone. Terrified, they carried out the task, leaving poor Psyche to her dreadful fate. While on the mountaintop, Psyche was carried by the breeze to a distant grove, where she fell asleep. On waking, she found herself near a palace made of gold, silver and jewels. An invisible male voice welcomed her in, and told her the palace was her home, and he was her new husband.

Instead She Found a Mystery Lover

Psyche’s new lover came to visit her only at night, under the cloak of invisibility, leaving before sunrise so she never saw his face. She came to love him, but he would not let her see him, telling her to “love me as an equal (rather) than adore me as a god.” Eventually Psyche could no longer resist the temptation to see her new lover, and as she shone a candle in his face, she saw it was Eros, the god of desire. Just as she recognized him, he flew away from her and she was left in a field near her old home. Eros, meanwhile, was left badly burned by drops of candle wax from Psyche’s light.

Aphrodite Set Her a Series of Impossible Tasks

Psyche wandered day and night looking for Eros. Eventually she came to Aphrodite, begging for her help. Aphrodite punished Psyche for falling in love with a god, setting her a series of seemingly impossible tasks, including separating different grains from one another, shearing shining gold fleeces from the backs of violent rams, and collecting the black water from the River Styx. With the help of various mythical creatures Psyche was able to complete them all, along with her final challenge, to obtain the beauty of Proserpine in a golden box.

Psyche Became the Goddess of the Soul

Eros was fully healed by now, and hearing of Psyche’s struggles he flew to her aid, begging Jupiter (Zeus in Roman mythology) to make her immortal so they could be together. Jupiter agreed, on the condition that Eros help him whenever he saw a beautiful young woman that he wished to be with. Jupiter held an assembly in which he instructed Aphrodite to do no more harm to Psyche, and he transformed Psyche into the goddess of the soul. Following her transformation, she and Eros were able to marry, and they had one daughter, named Voluptas, the goddess of pleasure and delight.