HomeStories19th Century Hawaiian History: The Birthplace of US Interventionism

19th Century Hawaiian History: The Birthplace of US Interventionism

Hawaiian history marks the year 1893 as the year Hawaiians lost independence, but it was merely the first chapter in the long history of American interventionism.

Jan 15, 2022 • By Stefan Pajovic, PhD in Literature and English Language

As the United States pulled out of Afghanistan in 2021 after a 20-year strong military presence, the world became increasingly interested in American interventionism. However, few people know that Hawaii was the first country invaded by the United States at the end of the 19th century. The confrontation between white colonists and the Kingdom of Hawaii brought forth the landing of US marines that helped overthrow the monarchy and install a republic. Eventually, Hawaii would become a federal state and, along with Alaska, become the only federal state outside of continental America. Nevertheless, Hawaiian history is a valuable source for studying the full history of American interventionism, as the country presently has active-duty personnel in more than 150 countries worldwide.

Situated some 3,200 kilometers off the US mainland, the Hawaiian archipelago was first settled as early as 400 AD. However, modern Hawaiian history started in 1778 when the first European explorers, including James Cook, arrived on the islands’ shores. In fact, Cook lost his life in Hawaii a year after discovering the isles when he got into an altercation with the locals and was stabbed with a knife.

Until they were discovered by the Europeans, some 300,000 islanders were divided into tribes. These peoples were soon united by Kamehameha the Great to establish the Kingdom of Hawaii in 1795. This was done in an effort to ward off the European presence and maintain a degree of autonomy. Since white colonists grew sugarcane on the islands, they imported labor from places like China, Japan, and the Philippines. As the 19th century drew to a close, Hawaii was a multiethnic country with many Christians and an economy based on sugarcane production and export. It is precisely due to these socio-economic factors that Hawaiian history was about to take a sudden turn.

The United States In the Latter-Half of the 19th Century

Moving onto the other side of the Pacific Ocean, the United States of America was a young nation that had asserted its independence from Britain after the War of 1812. Afterward, America truly became the “land of the free and the home of the brave,” as the federal government expanded US borders. By 1819, the country had already spanned from the Atlantic to the Pacific. However, near the middle of the century, the young nation was fraught with corruption and in threat of becoming like the dysfunctional countries of the Old World. For example, Fernando Wood became the mayor of New York in 1854, with one of the wards casting 4,000 votes more than they had voters.

Luckily for Americans, the constant influx of immigrants (mostly from Europe at that time) and free press helped salvage American ideals. In 1890 alone, more than 9 million people immigrated to the United States legally. These folks infused their aspirations and ideals into the American dream, consolidating the power of the country. The United States was on the path of becoming a world power and having a strong military was an essential part of asserting dominance in the region at first and later, the world.

Internal Deployments of the US Army

Although more than a century had passed since the Revolutionary War, the United States Army still wasn’t deployed outside the borders of the United States. However, this doesn’t mean that the country had an inexperienced army. From the local militias and their elite forces, the minutemen, across the Continental army, all the way to the aforementioned War of 1812 against the British, America had a professional army, albeit small in peacetime. Right after the Revolutionary War, the Continental Army was disbanded, as there was distrust for standing armies among American leadership.

However, after skirmishes with Native Americans and their neighbors (France, Britain, and Mexico), a 10,000-men strong army was formed. Unfortunately for the young nation, the biggest war of the 19th century was the Civil War. By the time the conflict was over, 620,000 men had lost their lives, making it one of the bloodiest wars in US history. Although there are no real winners in a civil war, for the first time, millions of Americans were drafted to fight either on the side of the Union or the Confederacy. Bloody as it was, the American Civil War prompted the creation of a large, professional military force. As a result, the United States emerged victorious from the Spanish–American War in 1898, but the history of US interventionism started half a decade earlier.

Back in Hawaii, the US Navy took control of Pearl Harbor in 1887. A rebellion broke out the same year, organized by non-native, predominantly white settlers. The Hawaiian Patriotic League, as they called themselves, ultimately forced the ruling monarch David Kalākaua to sign a new constitution. The document severely limited his power, and two-thirds of poor Hawaiians lost the right to vote. Because the Constitution was passed under duress, the document was nicknamed the “Bayonet Constitution.” The following year, a native Hawaiian officer, Robert William Wilcox, plotted to overthrow the king of Hawaii and replace him with his sister Lili’uokalani. However, the conspirators were discovered 48 hours before the rebellion was scheduled to commence, and Wilcox was exiled as a result.

In 1891 in San Francisco, King David Kalākaua passed away and was succeeded by his sister, now Queen Lili’uokalani, the first female monarch in Hawaiian history. She wanted to abrogate the infamous “Bayonet Constitution” in favor of the people but contrary to the business interests of powerful American and European businessmen and landowners. However, the United States was ardent to protect the economic interests of its citizens, so much that it would aid the upcoming insurrection with a detachment of Marines.

The Overthrow of the Hawaiian Kingdom: A Watershed Moment in Hawaiian History

The overthrow of the Kingdom of Hawaii began on January 17th, 1893. Some 500 non-natives descended upon the official royal residence and proclaimed the monarchy abolished, establishing a provisional government. This insurrection was different from previous ones because 162 US sailors and marines from the USS Boston had landed on Oahu the previous day. It should be noted that the marines never got near the royal palace, which was the main stage of the coup, as they secured other buildings, such as the US consulate.

On the other side, the sheer presence of American forces made the Queen realize that fighting would be futile and cause the loss of many of her countrymen, so she decided to abdicate. During the following year, the provisional government proclaimed the Republic of Hawaii in an effort to campaign for the country’s annexation by the United States. The then-president Grover Cleveland was reluctant to do so, but his successor William McKinley wasn’t. The Hawaiian Islands became the Territory of Hawaii in 1898, i.e., an organized unincorporated territory, much like Alaska, which received the same status in 1912.

At the time of the invasion and the subsequent annexation of Hawaii, few natives were in favor of such events. Even when Hawaii, together with Alaska, became a federal state in 1959, their patriotic settlement did not dwindle. However, Hawaii has been incorporated into the United States of America for more than 120 years, which means that Hawaiian history has become inseparable from American history.

For Americans, the Japanese attack on Pearl Harbor in 1941 is a milestone historic event that drew the country into World War II. Moreover, one of the pretexts for the invasion and annexation of Hawaii by the United States is that they didn’t want the islands to become part of imperial Japan. On the Hawaiian side, the signing of the Apology Resolution in 1993, exactly one century after the American intervention, changed the course of Hawaiian history. President Bill Clinton signed the United States Public Law 103-150, which acknowledged that Hawaiians never directly relinquished their sovereignty to the United States and that American citizens had a direct role in overthrowing the Hawaiian monarchy.

The Long History of American Interventionism

In 2007, Noam Chomsky (1928) published Interventions, a book on American interventionism to date. Chomsky chose to deal only with recent military interventions in the wake of 9/11, but other scholars have compiled exhaustive lists of the long history of US interventionism. For instance, before Hawaiian history was altered for good, US forces were deployed to a minor extent in Chile, Argentina, and Haiti. However, their role in the coup d’état in 1893 was decisive and served as the catalyst for the latter annexation of Hawaii.

A pattern was established that involved using the US army to enforce American foreign policies, whatever they may be. The aftermath of the Spanish–American War saw the deployment of US forces in places like Puerto Rico, the Philippines, and Guam. After World War I, the United States became a global player, and in the aftermath of World War II, they became a superpower, competing for global dominance against the USSR. The most notable foreign intervention of the period is the Vietnam War, although the Korean War was just as bloody. After the Cold War, the United States invaded Kuwait, Iraq, Somalia, and Yugoslavia. As part of the War on Terror, US forces have spent 20 years in Afghanistan, making it the longest US intervention to date.

The very first country or territory that the United States marched their troops into was present-day Canada. However, toying with Hawaiian history in 1893 was the first time the United States used its military overseas to depose a foreign government. After this initial excursion, American interventionism bloomed in the decades to come, as the United States shipped or flew out its troops hundreds of times. Some of these interventions were minor, such as fighting Islamic insurgents in Niger in 2017, while others were global, such as World War II, which was fought in several theaters of war. The inception of the Pax Americana that we live in today is rooted in Hawaiian history. The events that perspired in Oahu in 1893 have set the course of world history for centuries to come. 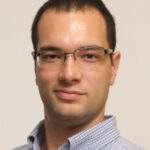 The Treaty of Paris: How Was the Superpower Born?