4 Female Video Artists You Should Know 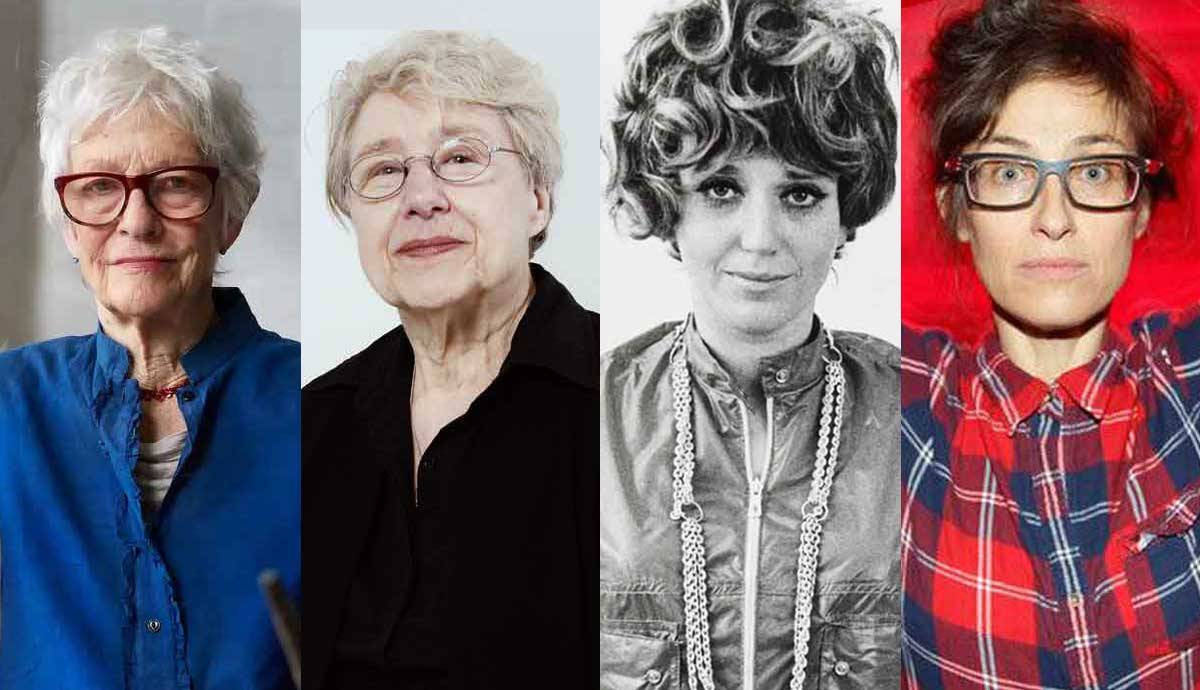 Video art has been a popular way of expression in the art world for a while now. Artists coming from different backgrounds, ages, and genders use the medium to explore its technological possibilities and limitations, draw attention to political issues, and discuss the effect the media has on our lives. Video artists like Joan Jonas, Martha Rosler, VALIE EXPORT, and Pipilotti Rist became important female creators. Here is a short introduction to video art in general and to the video pieces made by these remarkable female artists.

The Characteristics and History of Video Artists

With the rise of TV sets and affordable videotape recorders, many artists turned to video as a medium in the 1960s and 1970s. Video art pieces usually consisted of short films without any narration. The medium was versatile and could convey a wide range of concepts and ideas. Creators from different backgrounds were drawn to it. Despite the fact that the specific pieces of video art can vary greatly in style, approach to the medium, and their intended message, they usually renounce the traditional characteristics of movies. The emergence of video art is not necessarily linked to an interest in the technological aspect of a new medium, but to the critical exploration of the pervasive effects of television and film.

In addition to entertainment, television became a commercial and political tool used to advertise consumer goods and broadcast certain values. An example of this is, as British artist and curator Catherine Elwes writes in her book Video Art: A Guided Tour, the portrayal of women in a domestic and therefore natural setting. Some video artists tried to challenge these concepts.

The beginning of video art is often traced back to the invention and distribution of the Sony Portapak, a battery-powered portable camera. The Portapak was sold in the mid-1960s and was famously used by Nam June Paik who is often called the father of video art. He was one of the first artists who bought a Portapak. With his new camera, the video artist recorded everything he saw from the inside of a taxi while Pope Paul VI was visiting New York. Later that day, he showed the video at the Café a Go Go in Greenwich Village on a monitor alongside the television broadcast of Pope Paul VI’s visit. Other creators who are also well-known for their video art are Vito Acconci, Bruce Nauman, Andy Warhol, and of course the four female artists Joan Jonas, Martha Rosler, VALIE EXPORT, and Pipilotti Rist.

The American artist Joan Jonas was born in 1936 in New York. Her groundbreaking video art challenged the idea of traditional art and deconstructed common concepts of femininity. According to Jonas, she got into video art because she thought it was not a male-dominated medium. She did not only contribute to the development of video art but performance art too. Jonas studied art history, sculpture, and drawing. She became a part of the art scene in New York during the 1960s while she was studying sculpture at Columbia University.

In 1970, she bought a Sony Portapak in Japan and her career as a video artist began. Her work was influenced by her training as a sculptor, many French and German silent movies, and rituals and performances from other cultures such as Hopi dances, Chinese opera, Japanese theater, and Celtic and Mexican folklore. Her works often include the use of mirrors, masks, and costumes, which can be partly attributed to her love of the circus and her stepfather’s career as an amateur magician.

Her work Vertical Roll is considered one of the most important examples of video art. The piece is called Vertical Roll because it shows a vertical bar rolling down the screen. Jonas said that the bar was central to the piece because she structured her actions in the video in response to its disrupting effects. Jonas used this disruption to deconstruct the objectification of the female body. The black-and-white video itself shows the artist through her alter ego called Organic Honey.

2. Martha Rosler and Semiotics of the Kitchen

Martha Rosler was born in Brooklyn, New York in 1943. She finished her studies at Brooklyn College of the City University of New York in 1965. Rosler was part of the avant-garde poetry scene in New York and took part in civil rights movements and anti-war protests. Her interest in politics and social issues is present in her art. Rosler uses video, photography, text, and installation in her works.

Rosler moved to California in 1968. During that time the women’s rights movement was highly influential and that affected her work as an artist. Many of her videos criticize the negative and dishonest aspects of the media regarding politics and the private realm.

Rosler’s work Semiotics of the Kitchen is an essential example of feminist art and conceptual art. In the video, Rosler introduces and names various kitchen utensils. For every letter of the alphabet, she introduces one object. While presenting the items, Rosler often interacts with them aggressively, therefore displaying frustration with the oppression of women in domestic spheres. Since language and signs are important themes of this work, Rosler wanted the woman herself to turn into a sign as well.

VALIE EXPORT was born in Linz, Austria in 1940 and was originally named Waltraud Höllinger. Since the artist did not want to be named after her father or her former husband, she changed her name to VALIE EXPORT written in uppercase letters when she was twenty-eight years old. VALIE had been her nickname and EXPORT represented the export of her thoughts. Export was also the name of a cigarette brand. VALIE EXPORT saw her work as a form of Feminist Actionism, which turns women into independent actors and creators instead of passive objects.

VALIE EXPORT began her work as a video artist in 1968, which is also the year when she made her work Tapp and Tastkino. The piece consists of a video documenting a performance during which she walked around in public with a box in front of her upper body. Through this box, people were allowed to touch her breast, but they were not able to see them. The box was equipped with a curtain referencing a small cinema. In this case, though, people were only able to touch a female body part and not look at it voyeuristically while sitting in a dark movie theater. The act of touching was out in the open and even recorded on video.

Her work Facing a Family critically engages with the relationship between viewers and television. When people living in Austria turned on the TV on February 28 in 1971, they saw a family looking back at them as if they were watching TV themselves. The work was commissioned by the Austrian Broadcasting Corporation. Some viewers actually thought that there was a malfunction in the broadcast when they saw the piece on their tv screens.

The Swiss video artist Pipilotti Rist is best known for incorporating video art into her mesmerizing installations. Her work often exhibits colorful visual qualities influenced by MTV, pop culture, and technology. She was born in 1962 and was originally called Charlotte Rist. Her chosen name Pipilotti is a reference to Pippi Longstocking, a character from the children’s book written by Astrid Lindgren. The second part of the name comes from her nickname Lotti.

The artist studied at the Institute of Applied Arts in Vienna and the School of Design in Basel. At that time, she made animated cartoons and stage sets for pop music concerts. Rist made her first video work titled I’m Not The Girl Who Misses Much while she was still a student. The piece was inspired by a Beatles song. During the video, Rist dances energetically and repeatedly sings the words I’m not the girl who misses much in a high-pitched, edited voice.

Pipilotti Rist’s work Ever Is Over All is one of her first large-scale video installations. The piece consists of two different videos. One video shows a woman in a blue dress walking down the street with what seems to be a flower in her hand. The other video references the flower by depicting similarly shaped plants. The woman in the first video uses her flower to smash the window of a car. When a female police officer walks by she just smiles and nods at her. These types of interactions give a surreal touch to Rist’s piece.

Nam June Paik: Here’s What To Know About the Multimedia Artist