HomeStoriesAnimals in War: 7 Examples of Animals Fighting in Human Conflict

Animals in War: 7 Examples of Animals Fighting in Human Conflict

For as long as human beings have waged war, animals have done so alongside them. Here are 7 examples.

May 17, 2022 • By Greg Beyer, BA History and Linguistics, Diploma in Journalism 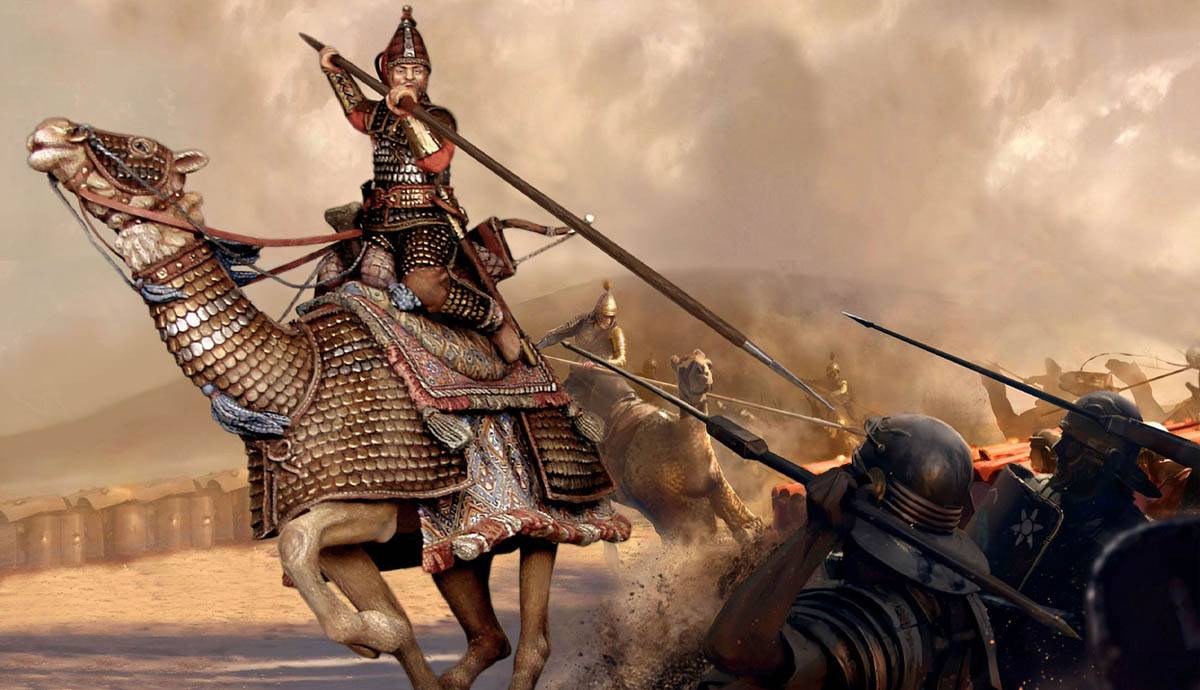 From the dawn of time, animals have been linked to the human species in forming civilization. Dogs have guarded our homes, donkeys and camels have carried our wares, cats have protected our grain stores from pests, horses have transported us everywhere, and birds have delivered our messages. But where civilization has progressed, it has also experienced the destructive cycle of war. Naturally, animals have accompanied us there as war animals, performing sad and heroic deeds. While the history books focus on the human cost, the stories of our animal companions and their loyalty often goes overlooked. Here are some examples of war animals going above and beyond what nature intended for them.

1. The Most Notable War Animal: Horses

Although horses have disappeared from modern warfare, their history as war animals dates back to Eurasia at least 5,000 years ago. For thousands of years, armies were dependent on horses as fighting mounts as well as draft animals. In some cultures, they formed the foundation of the entire military doctrine. While infantry was able to hold positions, cavalry was fast and mobile, giving the army an extremely effective offensive power. For hundreds of years, nothing was more awe-inspiring and as potent as a cavalry charge.

Training horses as war mounts was by no means an easy task. Horses are naturally skittish animals, and training them was expensive, as was their maintenance. During the middle ages in Europe it was only the wealthy elites who were able to afford the luxury of being able to fight on horseback.

As guns became more efficient, the effectiveness of cavalry faded, and horses were relegated to being draft animals, mostly hauling artillery pieces around until mechanization eventually made their presence completely obsolete. Nevertheless, the role of horses in warfare will live on in the memory of mankind as one of the longest and most enduring relationships that man has had with animals.

During the First World War, homing pigeons were used extensively, with thousands being employed to deliver vital messages to and from the front. Some pigeons were even awarded medals for their services. One such pigeon, Cher Ami, was awarded the Croix de Guerre for delivering 12 messages during the Battle of Verdun in 1918. She delivered her final message despite suffering from a bullet wound. This message saved the lives of 194 US servicemen.

In World War II, the numbers of pigeons being used was even bigger. The UK alone used over 250,000 pigeons. Thirty-two pigeons were awarded the Dickin Medal, the highest honor of gallantry from the UK that can be given to animals for their services.

Arguably the most spectacular war animal to be pressed into military service is the elephant. They have achieved legendary status in the stories told by the Romans of how they were used in North Africa. While their glory is consigned to the ancient era in the West, on the Asian subcontinent, elephants were used in battle until well into the 19th century.

Perhaps the most famous story of war elephants is attributed to the events of the Second Punic War. Despite the popular stories of Hannibal’s elephants crossing the Alps, the truth is that only one elephant survived the crossing. After Rome’s success in kicking Hannibal out of Italy and the subsequent pursuit to Carthage, Hannibal made his final stand on the plains of Zama to the west of Carthage.

The Carthaginians deployed 80 elephants against the Romans, but the Roman general Scipio Africanus had spent much of his career planning for this exact moment. He ordered his legions into columns and had them shout and bang on their mess pots. The loud sounds spooked these war animals so much that their riders lost control. Some of the elephants were channeled into the gaps between the Roman columns and easily dispatched, while many other elephants turned 180 degrees and ran away, trampling Carthaginian soldiers in their wake.

Roman legions also used elephants in their own campaigns, most notably in Greece and Hispania. It is even claimed that elephants were used during the first invasion of Britain.

In the Asian subcontinent, elephants were used in warfare over a thousand years before these events, and they were used long after the fall of Rome and the end of Classical history in Europe. In the 16th century, Babur, who ruled over the Mughal Empire, had 112,000 elephants in captivity with 12,000 in active military service.

As gunpowder and the subsequent inventions became more widespread, the use of elephants as war animals began to decline drastically. Although they could withstand a volley of musket fire, cannons were a completely different story, and elephants were giant, tempting targets. As such, elephant duties were eventually confined to transport.

Of all the animals, dogs have been by the side of humans for the longest. They have protected us from predators, helped us hunt, protected our cattle, and served as loyal companions for many thousands of years. It is no surprise then that they have also been employed as servants in our darkest and most violent endeavors.

As fighting animals, the first evidence comes from 600 BCE when the Lydians used them to break the lines of the Cimmerians. The Romans employed large mastiffs to tear at their enemies. These dogs wore large spiked collars and were sometimes even given mail armor to wear. In medieval England, dogs were a popular method of disrupting cavalry, as horses are naturally spooked by dogs. The Spanish Conquistadors also used them against the native population of the Americas.

According to legend, Alexander the Great had a dog named Peritas who saved Alexander’s life by attacking an elephant during the Battle of Gaugamela.

Of course, dogs weren’t just used as fighting animals. There were many other roles that dogs have played throughout history as war animals. In the modern era, they have been used as scouts, sentries, and “detection dogs” to sniff out mines. Their use as “mercy dogs” in the medical corps has helped save countless lives.

Perhaps the most modern development for dogs is the role of therapy. The effects of war last long after the physical activity is over, and dogs have provided invaluable services in comforting those who continue to live with the trauma of war.

Alongside their equine counterparts, camels have been used as war animals in the Middle East for millennia. The first mention of camels being used in war is that of the Battle of Qarqar in 853 BCE when, according to sources, a thousand camels were used by the Neo-Assyrian forces. In 547 BCE, at the Battle of Thymbra, Cyrus the Great of Persia used camels against the Lydians. The Greek historian Herodotus noted that the smell of the camels disoriented the Lydian horses. In the 5th century BCE, Xerxes also used camel cavalry during the Persian invasion of Greece, and the Romans employed camel riders along its eastern borders.

Using camels as war mounts throughout the medieval era remained extremely widespread, from pre-Islamic times throughout the Muslim conquests and into the modern era. From 1798 to 1801, Napoleon employed a camel corps during the French campaigns in Egypt and Syria. Later on, through the colonial era, colonial powers such as Britain, Italy, Germany, France, and Spain all employed camel riders to patrol their deserts and provide policing in those areas.

Although bees are impossible to train, they have nevertheless found themselves being used in war for their offensive capabilities. They were known to have been used by the Greeks and the Romans, especially during sieges. In 72 BCE, the Greek defenders of Themiscyra thwarted their Roman besiegers by sending bees down into the tunnels the Romans had dug beneath the town walls. In 69 BCE, the Romans again found themselves on the receiving end of bee business when the Heptakometes defending Trebizond in modern-day Turkey placed hives filled with poisoned honey along the Roman march route. Although not deadly, the sickened Romans succumbed to bouts of nausea and were easily defeated.

During the First World War, both Germans and British troops in Tanga, German East Africa, fell victim to swarms of angry bees. British propaganda declared that the bee attacks were the work of Germans setting up trip-wires near beehives. Although the truth may never be ascertained, the possibility is plausible, especially when one considers the Vietcong also used bees against US forces. They would lie in wait for a US patrol and then set off fireworks near a hive to agitate the bees who would attack the nearest target, being an American soldier.

The Cold War saw the introduction of dolphins into the armed forces of both the United States and the Soviet Union. Although beluga whales, seals, sea lions, and other marine animals were (and still are) used, the main focus of the naval programs has been bottlenose dolphins.

Dolphins have proved their worth in mine detection and disposal, as well as playing an important role in protecting ships. With an attached sonar, they patrol areas around ships and tag enemy swimmers, attempting acts of sabotage. Although it’s unlikely (and merciful) that dolphins will see actual combat, their use as war animals is undisputed, and their contribution to the armed forces is highly valued by navies in which they are employed.

The Future of War Animals

Apart from the aforementioned, a multitude of critters have been employed as mascots for military units. Some of them even achieved ranks in their respective militaries. Bears, penguins, cats, monkeys, and a host of other animals have all been involved with militaries around the world.

Human warfare has evolved over the millennia, and as it has done so, the methods by which it is waged have changed. The unique qualities and skillsets of our animal brethren have always been in demand and will continue to be in demand. As long as humans fight wars, war animals will be doing so alongside them.

Throw Them to the Lions! Animals in Ancient Rome

Throw Them to the Lions! Animals in Ancient Rome