HomeStories4 Forgotten Islamic Prophets That Are Also in the Hebrew Bible

Muslims recognize only four Arab prophets in Islam, who spread monotheism; three of whom lived thousands of years before Christianity and even predate the Israelite exodus from Egypt. 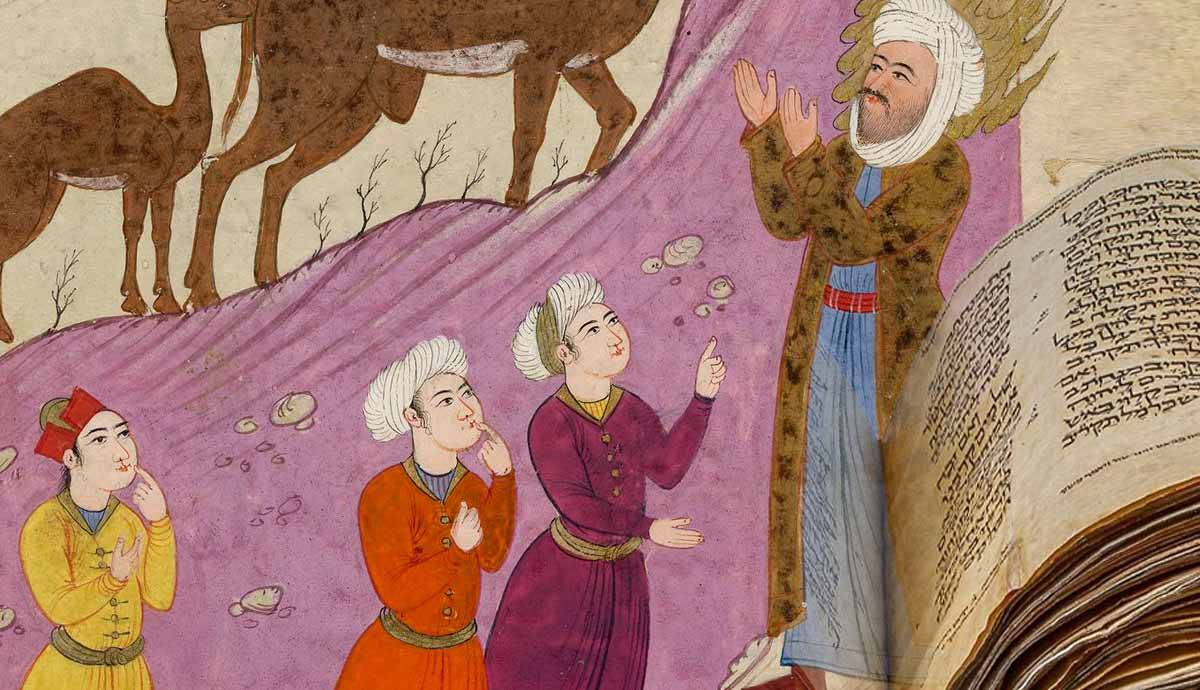 References to Arab prophets in the Hebrew Bible can be difficult to recognize. Reading seemingly never-ending lists of obscure names can be daunting at best, and boring at worst. But by skipping over them, readers miss out on discovering incredible connections between the Abrahamic religions. This article explores the enigma of four Arab prophets in Islam, who have connections to the Hebrew Bible.

1. Prophets in Islam: The Arab Prophet Hud in the Bible

The prophet Hud’s genealogy and connections to the Hebrew Bible are mysterious and controversial. Islamic scholars have historically recognized Hud as the first Arab prophet. Ibn Kathir, a famous 14th-century historian, identified Hud as the son of Shaleh, who is sometimes interpreted as Eber, Shaleh’s only son named in the Torah. This would suggest that Hud was actually the ancestor of the Prophet Abraham.

Bedouin caretakers of Hud’s tomb reportedly affirm this claim, and this tradition is generally accepted by Muslims. Yet Ibn Kathir also references a different lineage, suggesting that Hud was instead descended from Shaleh’s cousin Uz, the son of Aram. This lineage could reasonably imply that Hud was actually an Aramean and not an Arab!

Genealogical differences aside, the Qur’an’s story of Hud is similar to those of other prophets. Sent to the people of Ad to combat their idolatry, he was ignored for not producing “evidence” to back his claims. Extra-Qur’anic stories recount that in return for their ignorance, G-d withheld rain throughout the land.

The people of Ad ignored Hud’s message until the burning sun was obstructed by a cloud. Mistaking this for a coming rain storm, they celebrated only to be met with a cold wind that slashed their tents and cut their skin. Only those who followed Hud’s call to prayer (from atop a rock located in modern-day Yemen) escaped. The rest were killed by the freezing storm wind that swept across the desert.

2. Saleh and the Slaughtered She-Camel

In Islam, Saleh is identified as the descendant of Sam, the prophet Noah’s son. To those unfamiliar with Arabic or Hebrew, it would be easy to mistake Saleh with the Shelah named in the Bible. By coincidence, Shelah was also a son of Shem and a grandson of Noah. However, the prophet Saleh, like the prophet Hud who came before him, was descended from Uz, the son of Aram. According to the Qur’an, Saleh was sent to the surviving descendants of Ad, who had since created a great civilization known as Thamud.

As a consequence, their civilization was wiped out as lightning rained from the heavens. With a piercing scream, an earthquake is said to have entombed the people of Thamud within their own homes. A hadith narrates that the Prophet Muhammad wouldn’t even let his soldiers drink from the civilization’s abandoned wells. The ghost city of al-Hijr, where Saleh was sent, is still considered cursed until today.

The fall of Thamud marked the end of al-Ba’ida, the most ancient, now extinct Arab civilization. This created a space for the rise of the al-Ariba, the pure Arab tribes, and al-Musta’riba, the Levantine peoples who became Arabized over time.

Yaqtan, known as Qahtan in Arabic, was the son of Eber (Hud) and is an undisputed ancestor of al-Ariba, the “pure Arabs” who founded South-Arabian civilizations. The famed kingdom of Sheba was one such civilization. According to both the Tenakh and Qur’an, the Queen of Sheba enjoyed an alliance with the famously rich King Solomon who ruled Israel. Another tribe of Qahtan’s descendants, the Banu Jurhum, were also the adoptive family of Ishmael.

This happened when Abraham’s slave Hajar fled into the desert with her son Ishmael. Dehydrated to the brink of death, legend holds that the angel Jibril (Gabriel) created a spring named Zamzam to quench their thirst. Settling in Mecca, Ishmael was eventually adopted by the Banu Jurhum and married the Chief’s daughter Rala.

According to tradition, Ishmael mastered Arabic as a second language and even invented Fusha, a standardized form understood across the diverse spectrum of Arabic dialects. Despite this, he isn’t considered an Arab prophet by Muslims, though his descendants including the Prophet Muhammad came to be considered Arabized Arabs, or Musta’riba.

In Islam, the Prophet Abraham was eventually reunited in Mecca with Hajar and their son Ishmael. Interestingly, this is alluded to in the Jewish Talmud. Jewish oral tradition holds that Hajar remained faithful despite fleeing from Sarah, Abraham’s first wife, and making a home among the Arabs. Following Sarah’s death, Rabbis in the Talmud explain that Abraham formally married Hajar, under the new name Keturah.

Abraham and Keturah would go on to have six more sons. Given the connection between both Islamic and Jewish narratives, it’s possible that these sons were raised among the Banu Jurhum of Mecca. This would certainly explain how their fourth son, Midian, became the patriarch of a prominent Musta’riba confederation of tribes in the north-west Arabian Peninsula.

After several generations of assimilation, an especially interesting figure emerged from the descendants of Midian. This first Musta’riba prophet is known as Shua’ib in Islam, and Yitro (Jethro) in Judaism. Shua’ib was such a transformative figure that the Druze religion considers him their central prophet.

In the Islamic narrative, Shua’ib preached to his own community. Known as ashabu al-Ayka, or “the companions of the wood”, because the Midianites worshiped a tree. They were also accustomed to robbing travelers on the road and using false weights in their business transactions.

Refusing to change their ways, the people of Midian chased Shua’ib, his family, and his followers from the town. This could explain why the Bible mentions that Midianite shepherds prevented the daughters of Jethro from watering their livestock.

Yet, the Qur’an doesn’t mention Shua’ib’s relationship with Moses. However, it does mention that after fleeing Egypt, Moses lived as a refugee among the Midianites. There, the Qur’an explains, he married the daughter of a righteous man.

It’s generally believed that because there were so few righteous men of Midian, this old man was none other than the prophet Shua’ib. This belief was likely reinforced by the Biblical narrative, in which Moses married the daughter of Jethro who was a righteous priest of Midian. After forty years of working for Jethro, Moses returned to Egypt to free the Israelites.

Following the exodus from Egypt, Jethro and Moses were reunited in the Sinai peninsula. There, the writers of the Talmud explain that Jethro circumcised himself, possibly becoming an Israelite. Later, Jethro saw that Moses was overwhelmed with the administrative responsibilities of guiding the Israelites. He advised Moses to establish a hierarchy of courts to resolve the community’s interpersonal disputes. In a way, Jethro can almost be credited as catalyzing the institutionalization of the Jewish Rabbinical Courts!

Before the Israelites crossed the Jordan River into the promised land, they came into conflict with various Musta’riba tribes in the desert. When these tribes could not overcome the Israelites, they sent a mysterious prophet to curse the people of Moses. The Talmud considers Balaam one of only seven such gentile prophets.

He was a Musta’riba Moabite descended from Abraham’s nephew Lot. Despite being born circumcised, and possessing inherent prophetic abilities, Islam and Judaism perceive Balaam as especially evil. Muslim historians interpret Balaam as being identical to an unnamed man in the Qur’an who rejected signs from G-d. The Qur’an narrates that while this man could have been elevated, he instead chose to pursue his own lust.

This almost perfectly parallels the Talmudic understanding of Balaam which characterized him as prone to temptation. Balaam was endowed with incredible abilities, but he only used them for his own material gain. He was promised anything he could want by the enemies of Moses as long as he could defeat the Israelites. However every time he opened his mouth to curse the Israelites with G-d’s wrath, he could only bless them!

When every curse failed, Balaam deduced that the best way to defeat the Israelites was to corrupt them. The kings of Moab sent Midianite women to seduce the Israelites. This culminated in the Israelites killing those who fell into temptation and massacring the Midianites who enticed them into immorality.

Because Balaam is remembered in infamy, Islam has a nuanced relationship with his prophethood. Unlike Judaism or Christianity which recognize the flaws of various biblical figures, Islam generally characterizes prophets as infallible. If Balaam had truly been a prophet he wouldn’t have submitted to his own desires. To reconcile this, Islamic historians understood Balaam as a magician who may have had the ability to become a prophet but instead chose not to.

Prophets in Islam: Muhammad, Last of the Arab Prophets

While Jewish Rabbis cite the story of Balaam as a possible reason prophethood disappeared among the gentiles, Muslims recognize a later Arab prophet. Over two thousand years after Balaam, a Musta’riba descendant of Ishamel named Muhamad gained notoriety. The Prophet Muhammad is recognized as the recipient of the Qur’an and the founder of Islam as a world religion. Considered the seal of the prophets by Muslims, Muhammad’s death signified the end of all prophecy.

Today, his story can only be understood through a culturally sensitive, historically informed lens. After all, the Prophet Muhammad was shaped by the complex intersection of Judaism, Christianity, and Arabian polytheism. By learning the stories of the Arab prophets identified as Muhammad’s spiritual predecessors, we’ve laid the foundation for building a better understanding of Islam. 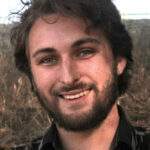 By Emeth PittleBA African & Middle Eastern Studies w/ Islamic concentrationEmeth is a citizen diplomat with experience consulting as a researcher for religious academics and interfaith non-profits in the Middle East. While his primary interest is investigating the intersections of Judeo-Islamic religious narratives, he also has a passion for art and cultures, and worked for several years in the Fowler Museum while earning his degree from UCLA. In his free time he can be found wandering the hills outside his city or reading in the shade of local olive trees.