HomeArtThe Art and Artists of the Protestant Reformation

In Northwestern Europe, the 16th century was marked by the Protestant Reformation. While iconoclasts were destroying religious artworks, how could artists overcome this crisis? 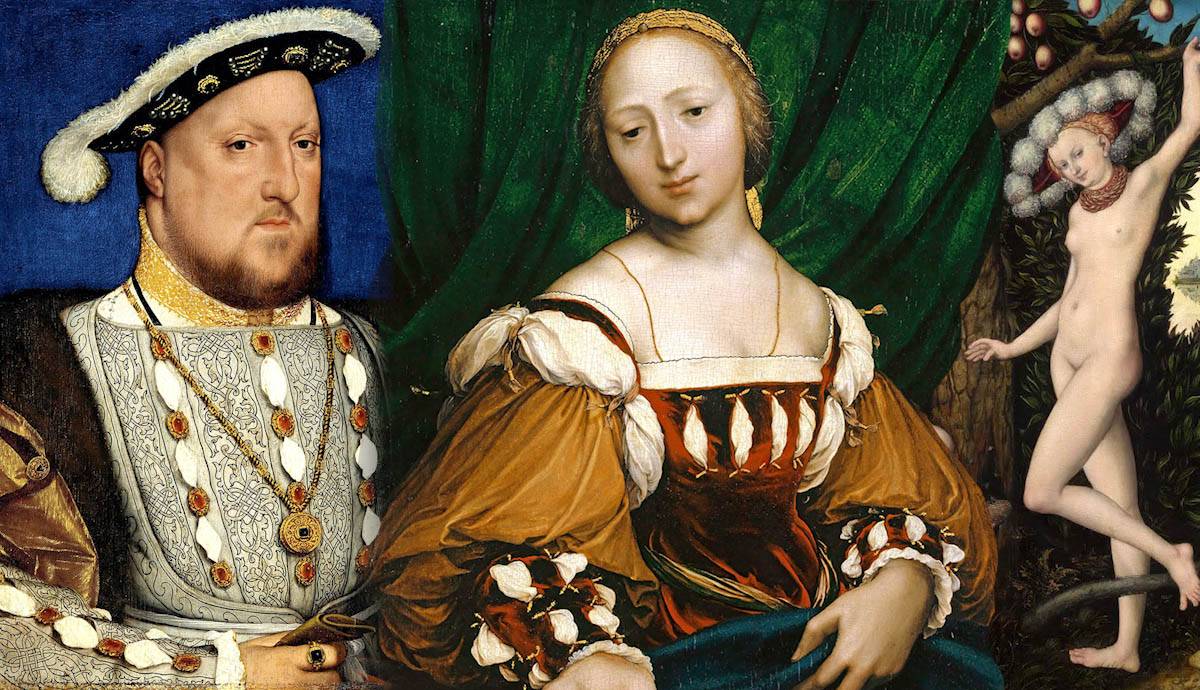 Emerging during the 16th century in Northwestern Europe, the Protestant Reformation came about from a desire to return to the roots of Christianity. At the time, the Catholic Church’s “Sale of Indulgences” prospered; sinful men and women could obtain redemption while still on Earth by paying the Church. A tradition existing since the 3rd century, indulgences were given in exchange for an act of piety such as prayer, pilgrimages, or donations.

Over the centuries, the tradition boomed and it became a highly lucrative business. In a pious society, people lived in fear of death and eternal damnation. Everyone wished to repent for their sinful lives to access salvation in the afterlife. With money came a growing number of excesses. Mercenaries that slaughtered helpless people often bought indulgences to redeem their souls and to avoid a long passage through purgatory. Men could commit crimes knowing they had the option to buy their repentance.

Several personalities criticized the sale of redemption. One of them, Martin Luther, a German Augustinian monk, openly denounced indulgences in his 95 Theses (1517). Others, such as Huldrych Zwingli and John Calvin, joined him, and several reform groups emerged.

With the development of the printing press, ideas about the new reformed faith promptly circulated throughout the Holy Roman Empire, a vast nation that spread from the North of Europe, to present-day Germany, to the Mediterranean Sea in the north of Italy. Luther himself translated the Bible into German, a book traditionally written in Latin and only understood by educated people. In doing so, he opened the way for many other translations into other vernacular languages. A large part of Northwestern Europe adopted the reformed faith, and these profound disagreements led to a split between the Roman Catholic Church and Protestantism.

The Reformation’s Influence on the Arts

Besides the profound changes the Protestant Reformation brought about in religion and society, it also greatly influenced the arts in Northwestern Europe. While Southern artists were looking for new ways to reinvent art after the styles of Leonardo Da Vinci, Raphael, or Michelangelo, Northern artists faced a more urgent question: how could art still exist and adapt to the Reformation?

At the time, artists mostly depicted religious subjects, however, many Protestants refused to allow the presence of paintings or sculptures in churches. They wanted to prevent religious depictions from turning into objects of idolatry. Following the undeniable excesses of the uncontrolled development of the cult of images and relics, Protestants went back to the ten commandments which stated: “Thou shalt not make unto thee any graven image.”

The Catholic Church used to be most artists’ best client, as they ordered altarpieces and other artworks to decorate churches and sacred places, but that all stopped with the Reformation. This led to a great crisis for artists in Northwestern European countries as artists had only a few ways left to make money: painting portraits and illustrating books.

Some of the most devout Protestants rejected the use of art for any kind of decor in private houses, which was a demonstration of luxury in their eyes. Several Reformation leaders, including Huldrych Zwingli in Zurich, and John Calvin in Geneva, encouraged the destruction of religious illustrations such as crucifixes, icons, relics, and altarpieces. They saw the veneration of such illustrations as idolatry, that is to say, the heritage of a pagan tradition. Still, not all Reformers promoted iconoclasm. Martin Luther, for instance, was against the destruction of every religious image, unless they were being worshiped in the hope of a reward. These first iconoclast acts were only the beginning of a vast movement of general violence in Europe.

Besides Zurich and Geneva, other cities like Augsburg and Copenhagen experience waves of iconoclasm. The kingdom of France was not spared. Countless artworks were destroyed during the French Wars of Religion (second half of the 16th century), in which opposing Catholics and Protestants (Huguenots) fought each other. During the “First War” of 1562, Huguenots systematically sacked religious buildings, and even demolished entire churches.

Four years later, in 1566, the Beeldenstorm, or “Iconoclastic Fury,” struck the Lower Countries. Starting in the south, in Steenvoorde, and rapidly spreading up to Groningen in the north, people maimed or destroyed church sculptures and bas-reliefs. In Ghent, Calvinists threw the entire book collection of the Dominican monastery Het Pand in the adjacent river Leie. During the Iconoclastic Fury, dozens of monasteries, cathedrals, churches, and hospitals were ruined.

Fortunately, even though a large number of great artworks were disfigured or simply destroyed, some escaped the Protestant iconoclasm. Jan Van Eyck’s masterpiece, the Ghent Altarpiece, also known as the Adoration of the Mystic Lamb, was dismantled and hidden in the city’s Saint Bavo Cathedral tower. When the iconoclasts stormed the cathedral, they destroyed everything else, but Van Eyck’s painting was not found and remained untouched.

Artists of the Reformation: Hans Holbein the Younger

While crowds were destroying religious images in the name of their faith, not even sparing artworks that were already considered masterpieces, how could artists overcome this crisis? Was it simply the end of art?

The Reformation irremediably changed the life of one of the greatest German artists of this generation: Hans Holbein the Younger. Hans Holbein was born in Augsburg around 1497, a city that was part of the Holy Roman Empire. Hans Holbein the Younger came from a family of artists. His father, Hans Holbein the Elder, was a well-established painter of the International Gothic School. Along with his older brother Ambrosius, Hans learned both Northern and Italian Renaissance painting techniques, quickly making him a master painter and leader in the German art world.

In 1515, along with his brother, young Hans moved to Basel, a city that later became one of the hubs of the Reformation in Switzerland. While in Basel, where the printmaking industry was flourishing, Hans Holbein the Younger learned to design woodcut models for printing. He also painted religious subjects and portraits, including the famous Portrait of Erasmus of Rotterdam, a depiction of the illustrious Dutch scholar of the northern Renaissance, nicknamed the “Prince of the Humanists”.

It was actually Erasmus who gave Holbein his free pass to relocate to England once Basel fell into the hands of the protestants. At the time, Holbein worked for catholic and reformist clients without distinction. The tumultuous times of the Reformation meant that work for artists became scarce.

In a letter to his friend, the English humanist and opponent of the Reformation, Sir Thomas More, Erasmus wrote: “Here (in Basel) the arts are freezing.” In his letter, Erasmus asked More to help Holbein settle in England. More did so and gave Holbein his first work upon his arrival in 1526. The painter stayed for a couple of years in England before returning to Basel for four years, perhaps in order not to lose his citizenship. During his absence, the Swiss city had become a troubled place, and Holbein no longer found the freedom he had had while in England.

Coming back to England in 1533, he became a renowned portrait artist. In 1536, Holbein started working as a court painter to the king of England, Henry VIII, and he made numerous portraits of the king’s entourage. However, Protestant ideas had reached England too. Henry VIII broke ties with Rome and proclaimed himself Supreme Head of the Church of England.

With his realist style, Holbein depicted the true likenesses of many influential personalities of his time, including both Catholics and Protestants alike, from Martin Luther, to Erasmus, to Thomas More. Holbein even designed the title page for Martin Luther’s translated Bible in German. We know almost nothing of Holbein’s personal beliefs. Even though some of his former religious work was destroyed by iconoclasts, he also worked for a Reformist council.

Lucas Cranach the Elder is undoubtedly the artist most strongly associated with the Protestant Reformation and he was a major artist of the German Renaissance. Unlike many others, he thrived during these troubled times. Born Lucas Maler around 1472, he took his name from his hometown, Kronach, in Bavaria, Germany. Cranach worked for most of his career as a court painter to the Electorate of Saxony, part of the Holy Roman Empire. He portrayed the ruling princes and other eminent personalities such as Emperors Maximilian and Charles V. Lucas Cranach the Elder is also famous for his female nudes painted for mythological scenes.

The Reformation’s Contribution to Art

The Protestant Reformation was obviously a hard time for arts in Northwestern Europe. With the ban on images in churches, work became scarce for artists, who had to find other ways to survive. Artists reinvented their work, and a particular genre of painting thrived during the Reformation: the portrait.

Both Hans Holbein the Younger and Lucas Cranach the Elder prospered as portrait painters. They depicted the influential personalities of their time, especially the Reformers, who they depicted as they would have done kings or popes. New painters’ workshops enabled the large-scale diffusion of the reformers’ portraits while Reformation ideas circulated.

The Reformation also promoted the development of printing. Once again, both Holbein and Cranach designed illustrated pages for manuscripts. Besides Bible translations, Protestants used other printed documents, such as pamphlets, to spread their ideas. Printed images were cheap, and everybody could understand their meaning, so they were an essential element for educating the mainly illiterate population. Unlike painting, this kind of art could easily reach a more significant part of the population.

Finally, up until the Reformation, artists almost exclusively depicted religious subjects. As they were forced to change, artists focused on non-religious themes such as still life, landscape, portraiture, and genre painting. Reformers had no objection to art in public spaces or historical art. Artists even reinvented the depiction of religious subjects, choosing other themes to represent the doctrine of the reformed faith.