The photographs of Cindy Sherman often capture iconic representations of women while offering a critical approach. They can be interpreted as questioning gender norms through the lens of feminist art. 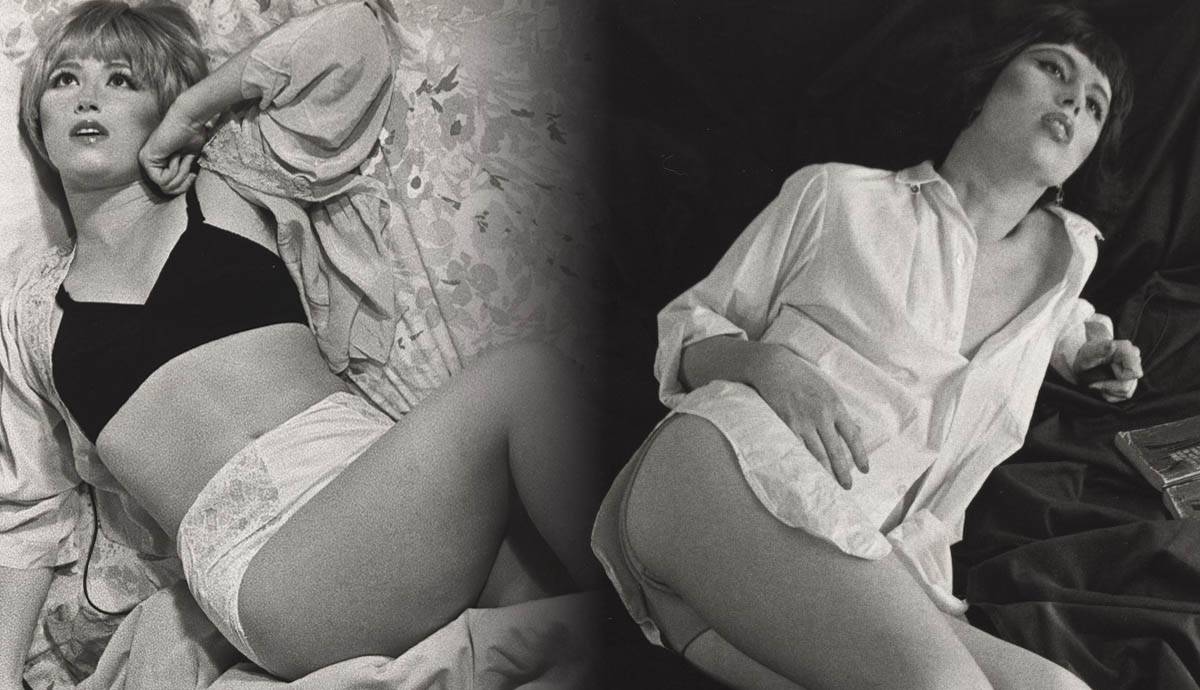 The American artist Cindy Sherman was born in 1954. Her work usually features photographs that depict herself dressed and made up as different female characters. Sherman’s photos are often interpreted as feminist art since her works raise questions regarding the objectification of women by the male gaze and the construction of the female gender. To better understand how Cindy Sherman’s photographs challenge the representation of women, it is important to know about the thoughts of feminist theorists such as Laura Mulvey and Judith Butler.

The feminist film theorist Laura Mulvey writes in her famous essay “Visual Pleasure and Narrative Cinema” about the subconscious way we see women and how they are depicted in Hollywood movies from the 1930s to the 1950s. She argues that the depiction of women in those movies is determined by a certain perspective that objectifies the female body. According to Mulvey, the movies made during that era are part of a patriarchal structure and they reinforce the portrayal of women as things to be looked at for the pleasure of men. The only purpose of women is to represent an object of male desire and to support the male lead in a movie but they carry no real meaning or have any importance on their own.

Mulvey describes women in this context “as a bearer of meaning, not maker of meaning.” This perspective in which women are used as passive objects that are fetishized and shown in a voyeuristic manner to please the male viewer is known as the male gaze. The black-and-white photographs of Cindy Sherman’s series Untitled Film Stills are reminiscent of movies from the 1930s to the 1950s and depict Sherman as she portrays women in different roles with the help of costumes, make-up, and wigs. They can be interpreted as challenging the male gaze mentioned by Mulvey and therefore as feminist art.

Many pictures of Cindy Sherman’s Untitled Film Stills show situations that come across as uncomfortable, creepy, or even terrifying since we see the depicted woman in a vulnerable position. The viewer becomes an inappropriate spectator. We find ourselves in the role of a voyeur who preys on vulnerable women. We become confronted with the negative implications of the way the media – especially movies – depicts women. The male gaze is often present in Cindy Sherman’s artworks but she subtly changes the perspectives, expressions, and circumstances. Those changes expose this gaze that wants to stay hidden during the act of observing and objectifying the female body.

In Untitled Film Still #48 we can see a woman waiting alone on the roadside with her luggage next to her. The picture shows her back and indicates that she is not aware of being watched. The ominous scenery is enhanced by the cloudy sky and emphasis on the seemingly endless road. The picture makes the audience part of a threatening situation they do not necessarily want to be a part of. It even indicates that the viewer who is only able to see the woman’s back is the one who poses a threat.

The Untitled Film Still #82 also depicts a seemingly dangerous situation that is captured by a voyeuristic gaze. The woman in the picture sits isolated in a room while wearing nothing but her nightgown. She seems to be either deep in thought and not aware that she is being watched or frightened because of her observer. Both scenarios put the viewer in an uncomfortable situation.

Even though the work Untitled #92 is not part of Cindy Sherman’s Untitled Film Stills, it still exemplifies the questioning of the male gaze by using its methods while making the viewer feel threatening and uncomfortable. The woman in the picture seems to be in a vulnerable situation. Her hair is wet, she sits on the floor and she appears to be anxiously looking at someone above her.

In the works Untitled Film Still #81 and Untitled Film Still #2, this uncomfortable perspective is visible as well. Both pictures show a woman in either their underwear or only covered with a towel while they look at themselves in a mirror. They seem to be so concerned with their reflection that they notice nothing else around them. Both artworks reveal the problem of constantly representing women in a vulnerable and sexualized light for pleasure by making the viewer feel like a predatory voyeur.

The male gaze is also criticized through the image that the women themselves try to imitate in the mirror. They recreate seductive poses and expressions from movies to make their faces and bodies look like the idealized and fetishized versions of women that are represented in popular media. Sherman’s feminist art can be viewed as critical of this kind of depiction of women.

Cindy Sherman’s Active Role in the Making of “Passive Pictures”

The photograph Untitled Film Still #6 shows a woman in her underwear posing erotically in her bed. Her face, though, seems to parody the whole situation. The woman’s expression looks overly dreamy and even a little silly. It seems as if Sherman is making fun of the passive and typically feminine representations of women since she did not only pose for the picture but is also the artist that orchestrated the photo.

Some other artworks of Sherman also show women in a passive lying position, often seductively presenting their bodies or dressed in costumes that are considered feminine. The fact that these pictures are shown in an art context and not in a cinema as well as Cindy Sherman’s very active role in producing them indicates that the photos are critical of the male gaze. The woman, therefore, is no longer restricted to her role in front of the camera. By also being an artist, Sherman takes the active role of the creator. Her feminist art, therefore, criticizes the production of pictures by men for men by imitating stereotypical female representations from popular movies. They are a parody of an objectifying depiction of women in media and pop culture, made by an actual woman.

Gender as a Performative Act in Cindy Sherman’s Artworks

Judith Butler writes in her text “Performative Acts and Gender Constitution: An Essay in Phenomenology and Feminist Theory” that gender is not something natural or something that constitutes a person by birth. Gender rather changes historically and is performed according to cultural standards. This makes the idea of gender different from the term sex, which describes biological characteristics. This gender is fixed through the act of repeating certain cultural behaviors that are believed to make a person male or female.

Cindy Sherman’s artworks seem to demonstrate this performance of gender by depicting stereotypical images of women that can also be seen in movies. The pictures illustrate the performative act of “being female” through Sherman’s changing use of wigs, make-up, and clothing. Even though every artwork of Sherman shows the same person, the artist’s masquerade makes it possible to portray various types of women that are all subject to the male gaze.

By performing the different ways of how women are supposed to look to be considered typically female, Sherman’s feminist art exposes the artificially and culturally constructed idea of gender. The altering costumes, hair, and poses produce a multitude of individuals even though Sherman is the only person who is visible in her works. The hair color, attire, make-up, environment, expression, and posing changes in every picture to match a particular stereotype of womanhood.

The characters in Sherman’s photos are often an exaggeration of widely represented female identities. Since this exaggeration and masquerade is visible through heavy make-up or distinctive clothing, the works appear to reveal the artificial construction of what is supposed to make a person female, such as wearing clothes typical for a housewife or the extensive use of eyeliner.

In Untitled #216, Cindy Sherman even uses a prosthesis for the breast of the Virgin Mary. The depiction of Mary holding Jesus as a child exemplifies many values that are congruent with an artificially constructed and idealized image of femininity that stands for virginity, motherhood, and calm, subordinate behavior. The artificial construction of how women must look and behave to be considered female is emphasized by the artificial body part.

The prosthetic breast challenges the dominant representation of women that is so often controlled by the male gaze. Like Sherman’s other artworks, it questions the idea that women must look and act a certain way only to fit in with a culturally determined description of the female gender. This challenging of a prevailing representation of women is why Cindy Sherman’s works can be considered feminist art.