HomeStoriesGemini & Apollo: The Cold War and the Moon Landing

Gemini & Apollo: The Cold War and the Moon Landing

Although the Apollo and Gemini programs were created to get us to the moon, America’s great lunar adventure was really about the Cold War against the Soviet Union. 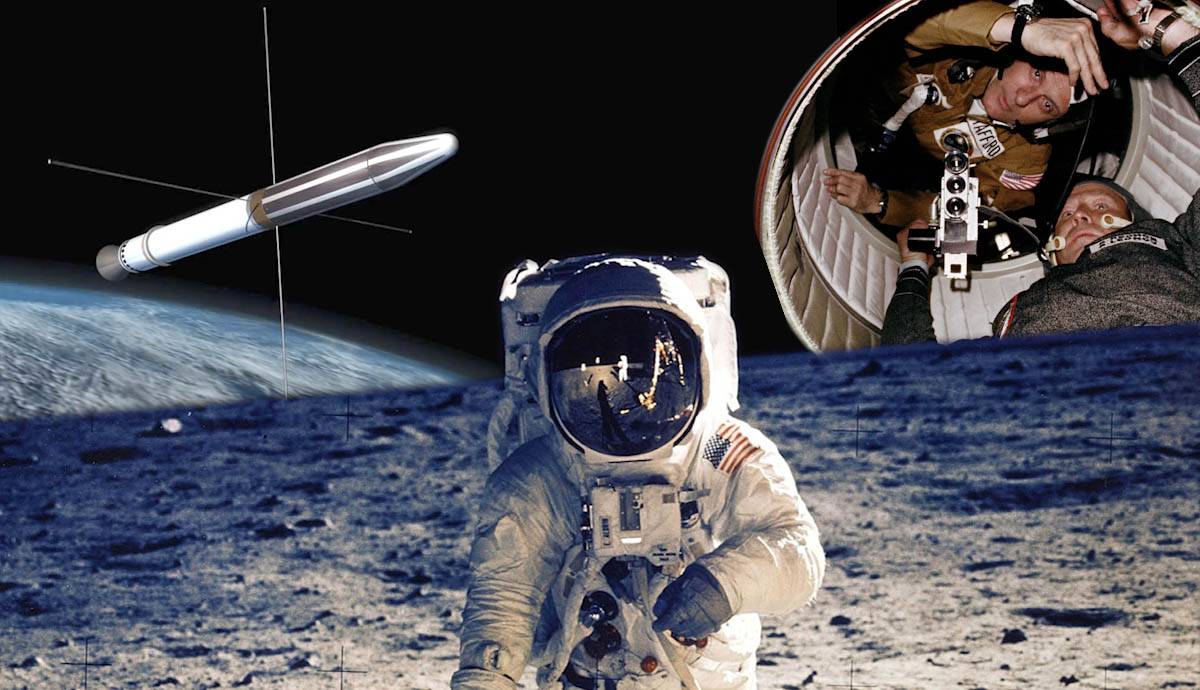 Just about as quickly as WWII ended, the Cold War began. Stalin had lost 11 million troops during the war, and he sought to mitigate any encroachment by the United States on Soviet territory. Thus, Stalin set out to create a sort of buffer zone between the Soviet Union and the West by installing Communist governments in Eastern European countries.

The Iron Curtain was lifted and the Berlin Wall fell. What ensued was a mad Cold War dash by both countries to bring established German-based rocket scientists to their respective sides. Both wanted the scientists’ expertise to create rocket weapons systems that could be utilized against the other side in the event of a war. In this mad dash, the US retained Werner Von Braun while the Soviets laid claim to Ukrainian-born rocket scientist Sergei Korolev. The race to build rocket systems then quickly morphed into a “space race,” and it was the Soviets who launched the opening salvo.

On October 4, 1957, the Soviet Union launched the first artificial satellite into space, completely catching the Americans off guard and surprising the whole world. Sputnik was essentially a 23 in diameter polished sphere equipped with four radios and antennas stretching backward from the sphere.

Essentially, the only function of the satellite was to send radio pulses back to earth that any human being could listen to, provided they knew the correct radio frequency (audible radio pulses were also broadcast on the news). Sputnik maintained an elliptical low earth orbit for three weeks before the batteries eventually died, and the audible pulses went silent.

It continued in silent orbit for another two months before crashing back to earth on January 4, 1958. The launch of Sputnik was not expected, and many historians regard it as a major Cold War victory and the beginning of what would become known as the “space race.”

The Americans quickly scrambled to launch their own satellite but not before the Soviets conducted a second satellite launch on November 3, 1957, called Sputnik 2. Sputnik 2 was more of a spacecraft, though the Soviets loaded it with a space dog named Laika. She made it to space but sadly died at the fourth orbit due to an air conditioner malfunction.

The Role of Explorer I in the Cold War

Following the launches of both Sputnik 1 and Sputnik 2, the Americans hurried to play catch-up and get their own satellite launched into space. This was very emblematic of the early stages of the Space Race and the Cold War; The Soviets would start first, and then the Americans would respond several weeks later.

Thus, on February 1, 1958, the Americans launched Explorer I, the first American satellite in space. Instead of just a radio transmitter, it was equipped with scientific instruments. Its batteries lasted four months, but it remained in orbit for 12 years before returning to earth in 1970.

Gemini Program and the First Man In Space

It was, of course, the Soviet Union that launched the first man into space aboard Vostok 1 on April 12, 1961. This was the second time the USSR had beat out the Americans in the next big milestones of both the Cold War and space exploration. Gagarin made it safely back to earth, where he was hailed as an international celebrity and won many medals and awards, including “Hero of the Soviet Union.”

The Mercury program ran from 1958 to 1963. It was ostensibly designed to put the first Astronaut into space, but alas, in typical fashion, the Soviets beat them to it by launching Gagarin into space. Right after the USSR flew Vostok 1, the Americans responded in kind by launching Alan Sheppard into space on May 5, 1961. It was only a sub-orbital flight, however, unlike the flight of Gagarin. This only served to further embarrass the United States, who had now come second in two key Space Race milestones of the Cold War.

Bay of Pigs & “We Choose To Go To The Moon” Speech

While all this was happening, the Cuban revolution was taking place. In 1958, the revolution was complete, and Fidel Castro became Cuba’s official leader. He swiftly consolidated power and nationalized large industries in Cuba, including sugar, banks, oil refineries, and coffee plantations, pushing out the Americans and pushing away Cuba’s traditional ally, the US, in favor of closer ties with the Soviet Union.

The Americans were none too pleased and responded swiftly. Eisenhower quickly allocated 13.1 million dollars to create the CIA, which acted quickly to organize an invasion of Cuba and bring it back under American guardianship.

The Bay of Pigs invasion followed on April 17, 1961, a dismal Cold War failure. It should be noted that the invasion occurred only five days after Yuri Gagarin was successfully launched into space. Following the failed invasion and the failed launch of the first man in space, John F. Kennedy was thoroughly humiliated.

Thus, on September 12, 1962, John F. Kennedy stood at Rice Stadium in Texas in front of a crowd of 40,000 people and boldly proclaimed the words “We Choose to go to the Moon” in his now infamous speech. At that time, the follow-up to the original Mercury program, Gemini, had been underway since 1961. If you take that speech by itself, you might be tempted to conclude that Kennedy wanted to beat the Soviet Union to the moon. However, in other speeches, most notably in the January 1961 speech, Kennedy indicated that he wanted to potentially see the US and USSR walk together on the moon despite there being a Cold War between the two countries. Some academics have suggested that if Kennedy had lived, we might have seen that cooperation become a reality. However, others have suggested that the failed “Bay of Pigs” invasion in Cuba destroyed any chances of the US and the Russians cooperating.

The program had many different objectives, starting with endurance. The Gemini Program wanted to prove that human beings could survive comfortably in space for up to 10-14 days, which exceeded the 8-day requirement for a round trip to the moon.

Among its other objectives was to perform Extra-Vehicular Activities outside of the space capsule and perform rendezvous and docking operations with another spacecraft. The docking technique would be necessary to perfect prior to the launch of the Apollo missions, which would require the command modules and lunar modules to dock in space before heading to the moon for an eventual lunar landing.

Although the Americans were well on their way to being the first country to put a man on the moon and do so during the height of the Cold War, the Soviet Union wasn’t quite done with its share of “firsts” in space. Shortly before Ed White was scheduled to complete the first spacewalk, the Soviet Union beat the Americans to the punch by sending out cosmonaut Alexei Leonov for a short spacewalk outside of the Soviet-built Voskhod 2 spacecraft on March 18, 1965, a full two months before the Americans.

Leonov’s spacewalk only lasted 10 minutes as his space suit ballooned with air making it extremely difficult to move and initially impossible for him to re-enter his spacecraft. It wasn’t until he let some air out of the suit before he was able to move back inside. Thus, the Americans were once again hot on their heels playing catch up to the Soviets, and they sent Ed White outside his Gemini spacecraft for a 23-minute spacewalk on June 3, 1965.

The Apollo program was officially established in 1961 and overlapped with the Gemini program. Given the complexities of launching a lunar mission and the sheer size of the Saturn V rocket, time was needed to prepare all technological and construction aspects of future launch and transportation vehicles before a crewed mission could be carried out.

The original Apollo 1 mission was struck by tragedy on January 27, 1967, when a fire broke out in the command module during a routine “plugs out” test prior to launch. All three astronauts, Ed White, Gus Griholm, and Roger Chaffee perished during the fire as they could not open the spacecraft hatch from the inside in time to escape the blazing inferno.

It wasn’t until October 11, 1968, that the first crewed Apollo mission was officially launched into space. During the 11-day mission, the crew orbited the earth, tested out the command module and a brand new camera system for future broadcasts.

Apollo missions 8 through 10 were meant as full-scale tests of the lunar and command modules’ docking capabilities and the lunar voyage and lunar orbit. All systems in both the command module and lunar modules were fully tested, and then finally, on July 16, 1969, Apollo 11 blasted into space.

Apollo 11 successfully made the 384,400 km journey from earth to lunar orbit. Upon entering an orbit around the moon, Neil Armstrong and Buzz Aldrin made their way down into the lunar module before undocking from the command module piloted by Michael Collins and making its way to the lunar surface in the Sea of Tranquility.

After almost running out of fuel and crashing, Neil Armstrong and Buzz Aldrin landed on the moon’s surface, and on July 20, 1969, Neil Armstrong proclaimed the now infamous words, “it’s one small step for man, one giant leap for mankind.” And finally, the Americans had beat the Soviet Union in a major space milestone by putting a man on the moon.

The Apollo program continued after 1969 all the way up until 1972, and by this time, the US and the Soviet Union began a late Cold War period of “detente.” Thus, the Americans eventually decided it was no longer necessary to try and compete with the Russians for any more “firsts in space.” The Russians, for their part, turned their attention to designing space stations, but there were many setbacks over many years. However, six years after the moon landing, the Apollo and Soyuz spacecrafts ran docking tests together: the American and Russian crews opened the hatches, shook hands, and held press conferences. The space race was from then on over, and a long period of American and Russian cooperation began in space, which persists to this day. 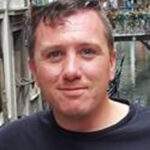 By Nathaniel SmithBA Political Science /Int’l Relations Concentration, former NASA CommanderNathaniel is an Aviation and Space enthusiast who served in a volunteer capacity assisting young children in camp learn about space (Edmonton Space & Science Center 1996-2000). Private pilot’s license holder and holder of a B.A. with a major in Political Science specializing in International Relations. Obtained a tuition scholarship to NASA’S Space Camp where he served as Commander of a simulated space shuttle mission (1999).

The 9 Most Iconic Documentary Photographs of All Time