The Divine Comedian: The Life of Dante Alighieri

Dante Alighieri was an Italian poet, thinker, and philosopher. His most famous work, The Divine Comedy or Comedía, shaped the religiopolitical landscape and the Italian language as we know it. 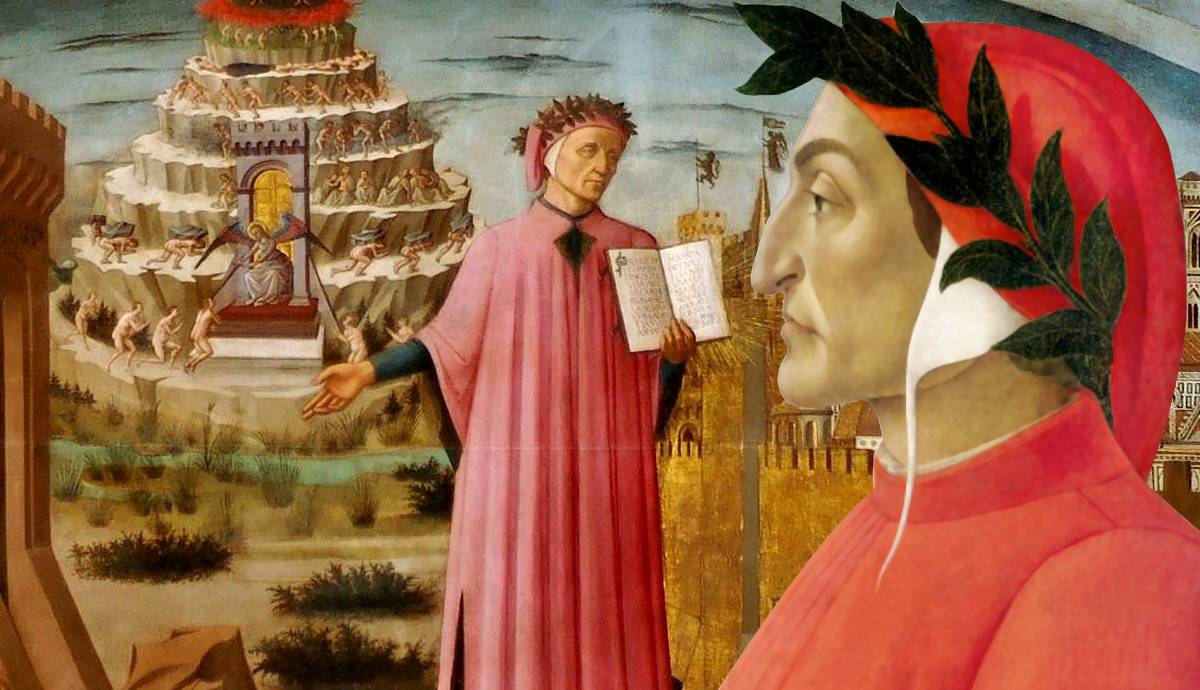 Articulated in beautiful poetic prose, the largest work of Dante Alighieri was also a political, philosophical, and linguistic masterpiece. The impact made by his Comedía affected every level of Italian society at the time. On the ground, commoners admired its prose, language, and poetry. Academics admired the deeper philosophical and theological arguments made by Dante. The Vatican celebrates the religious allegories found in this work to this day, celebrating both the birth and death days of the great Italian thinker seven hundred years after his passing.

The Early Life of Dante Alighieri

Dante Alighieri was born in the Republic of Florence during a time when Italy was not politically unified. The exact birth year of the great thinker is unknown, although scholars have estimated that he was likely born around 1265. This theory was formed by an investigation of the actual text of the brilliantly composed Comedía, which is riddled with allusions, metaphors, references, allegories, and deeper meanings.

As the work takes place in the year 1300 — likely a philosophical metaphor in itself — the very first sentence offers a clue as to the age of its author. The work opens, “Midway upon the journey of our life…”. The collective term our life implies a communal lifeline; at the time the average lifespan — and the biblical lifespan to boot — was 70 years. Midway would make the writer around 35 years old. Interestingly, this places Dante around the same age as Jesus Christ, who scholars speculate was crucified by the Romans aged 33.

Not much is known of the early life of Dante. He held a deep infatuation with a woman named Beatrice, who died young and is featured as an angel in his work. He served as a soldier, physician, and politician in Florence. In 1302 he was exiled from Florence by a rival political faction and his assets were seized.

Arguably the most pivotal event for Dante was his participation in the Guelph-Ghibelline Conflict. The war was fought between the Pope and the Holy Roman Emperor — although the emperor’s crown was ironically created by the Papacy a few centuries prior, the conflict between them now ravaged Italy.

On June 11, 1289, a twenty-four-year-old Dante Alighieri fought in the Battle of Campaldino for his Patria, Florence, which supported the Guelphs. Italy was repeatedly decimated throughout the Middle Ages due to this rivalry.

Since 800 CE with the coronation of the first Holy Roman Emperor Charlemagne, the political landscape of Europe was characterized by the integration of secular and ecclesiastical authority. People looked to both institutions — be it within the borders of the German-speaking Holy Roman Empire or otherwise — for spiritual, philosophical, and political guidance.

Brought to a head by conflict over geographical borders, the Guelph-Ghibelline conflict massively impacted Dante’s philosophy. The poet was a participant in the final battle which shattered the Guelph faction. The Black Guelphs were staunch supporters of the Pope, but the White Guelphs, with whom Dante was involved, sought to weaken Florentine ties to Rome. In 1302 Dante was exiled from Florence and told he would be sentenced to death should he return.

Dante Alighieri traveled around the region of Tuscany while in exile. It was in this period that he composed most of his works, the most famous of which is the Comedía. A native of Tuscany, the vernacular in which Dante composed his works impacted the formulation of the Italian language as it is now known.

In Dante’s time, the tight social grip held by the Catholic Church was seeping into academia. The Catholic social structure dictated that academic (usually philosophical and scientific) works had to be composed in Latin. Mass was conducted in Latin only. The (often illiterate) masses, unversed in Latin, were kept from reading enlightened academic works, the content of which sometimes challenged the authority of the Church.

It was unheard of to conduct politics or compose academic works in the common tongue. The dialect of power was reserved for the educated and elite; the masses were kept oblivious to the very word of their God. Symbolically rebellious in their very composition, Dante’s works were composed in the Tuscan vernacular. The work single-handedly established the literary language of Italian, descended from Dante’s poetic Tuscan, which was, in turn, descended from Vulgar Latin as was spoken on the streets of the Roman Empire.

The Comedía describes Dante’s journey through Hell (Inferno), Purgatory (Purgatorio), and Paradise (Paradiso). In hell, Dante is guided by the Roman poet Virgil; through heaven, he is guided by his beloved Beatrice.

Dante Alighieri would participate in attempts launched by his former party to retake Florence, but none prevailed. Eventually growing tired of the intricacies and treachery of politics, Dante roamed Italy in exile, staying with friends all over the countryside.

Without the daily distraction of political machinations, Dante refined his understanding of philosophy, poetry, prose, and linguistics in his newfound free time. It was in exile that Dante composed the lengthiest of his works including De Monarchia and the Comedía. The former offered an inquiry into the proposition of a universal government under Henry VII, the German king of the time.

Dante’s faith was endemic to the era in which he wrote. Politics, especially in Italy, was dominated by the Catholic Church. Dante, however, effectively weaponized Christian ideology into arguments that can be considered revolutionary and quasi-atheistic. Considering the historical figures he placed in the very center of his vision of hell, the whole work can be interpreted as a secular argument as well as a religious one.

Dante died in Ravenna, Italy, at the age of 56 in 1318. The mysterious poet left behind only three children. In 2008, the city of Florence officially absolved Dante Alighieri of his banishment. His remains are still in Ravenna, yet to be returned to the city he once called home.