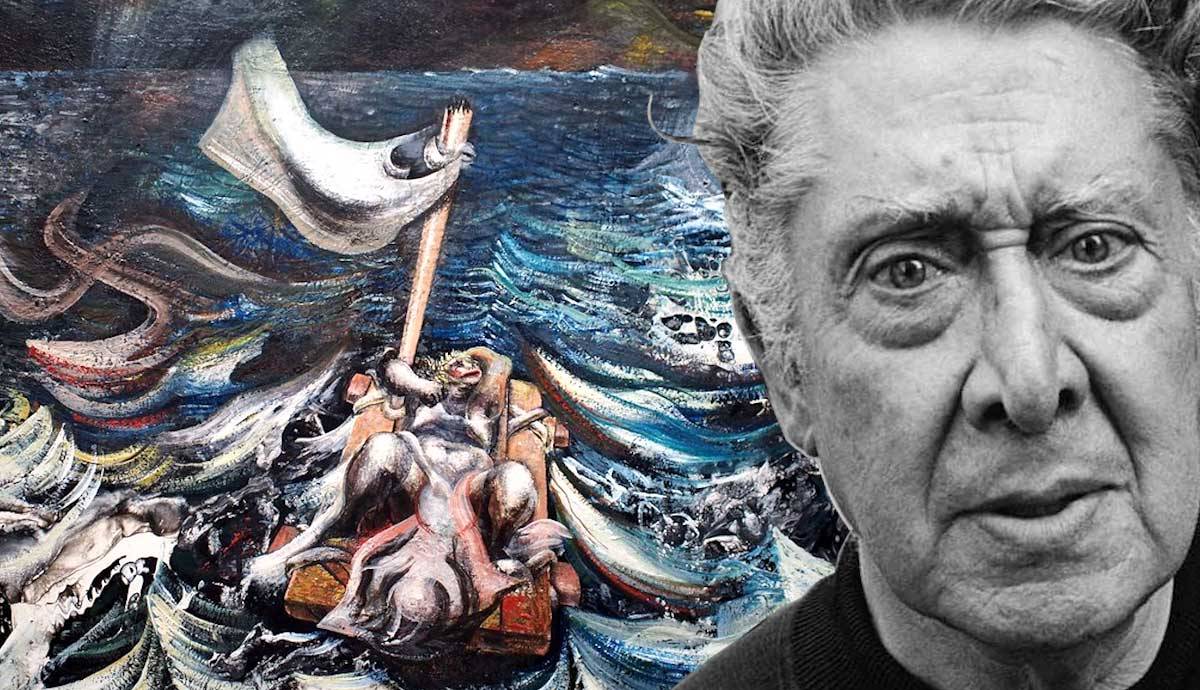 Mexican Muralism is one of the most important art movements of modern Mexico. What makes the muralist David Alfaro Siqueiros stand out is his intent on exploring revolutionary techniques along with revolutionary content. He, like other Mexican muralists, also believed in the social power of art and was largely inspired by Marxist Ideology. Exposed to his work in New York, Jackson Pollock’s Abstract Expressionist style could not have evolved without Siqueiros’ Experimental Workshop.

Most of us are well aware of artists like Frida Kahlo or Diego Rivera who gained popularity around the globe because of their Mexican style and their communist viewpoints. While Kahlo was primarily an easel painter who produced intimate images, especially of herself, Rivera, along with Jose Clemente Orozco, and David Alfaro Siqueiros, was among the most important Mexican Muralists. There has been a long tradition of mural projects in Mexico. The walls of pre-conquest Mexico were covered with murals. But the long and arduous Mexican revolution against the dictatorship of Porfirio Diaz brought a new consciousness to the country. As the poet Octavio Paz wrote: The revolution revealed Mexico to us.

The roots and the new government’s patronage of Mexican Muralism lay in providing the logos for the new Mexican Art. Leading the movement to inhabit a very powerful sense of the social value of art. Artists often created politically active murals bringing to light Mexico’s pre-colonial history and culture inducing mexicanidad, a new enthusiasm for and pride in Mexico’s indigenous history and culture. They depicted peasants, workers, and people of mixed Indian-European heritage as the heroes of Mexico. The muralists demanded the eradication of bourgeois art (easel painting) and sought the native Indian tradition as their model for the socialist ideal of open, public art.

In Portrait of the Bourgeoisie (1939), Siqueiros presents a commentary on the dangers of the intersections between government, capitalism, and industry. The movement began in the early 1920s and extended well into the early 1950s. David Alfaro Siqueiros (1896-74) was among the first artists to be commissioned and he left a strong mark on the movement.

The sentiment of Mexicanidad is also visible in Siquiros’ Portrait of Mexico Today which features two indigenous women and a child in the pre-conquest period. On the other side is a Mexican revolutionary soldier with bags of money implying corruption to the face of former President of Mexico Plutarco Elias Calles. On the wall opposite Calles is a portrait of financier J.P Morgan, a symbol of US economic power.

The Political Is Personal

Siqueiros turned out to be the most radical of the Los tres grandes (the three greats) of Mexican Muralism, not only in his technique but also in his political ideology.  Murals such as Workers’ Meeting (1932) and America Tropical (1932) were even whitewashed for what was perceived as radical, anti-capitalist subject matter.

In America Tropical, Siqueiros firmly critiqued American Imperialism. In the center of the work lies a crucified American Indian. An eagle, a symbol of the US, is perched at the cross. In the background, there is a Mayan temple being engulfed by tropical plants. The mural largely gained significance only 30 years later. It was during the Civil Rights movement and the Vietnam War protests that it became regarded as an important outdoor mural.

Unlike Rivera and Orozco, Siqueiros had fought in the civil war for five years and brought his personal perspective to his artwork. He truly believed that there was no separation between art and politics. He was heavily involved in the Mexican Communist Party, and a lot of his work reflected pro-Marxist ideas and values. Due to his lifelong actions as a union organizer, he was frequently arrested, imprisoned, and even forced to leave Mexico many times.

His first mural Burial of a Worker (1923) features a group of pre-conquest style workers in a funeral procession. They are carrying a giant coffin, decorated with a hammer and sickle. Living in post-cubist Paris he wrote the Manifesto of the Union of Mexican Workers, Technicians, Painters and Sculptors in 1921.  In the succeeding years of 1923-24, he presented the case of artists as unionized workers, defined by their group status. He viewed and asserted muralism as a collective art in harmony with Marxist Communist ideology.

David was not satisfied with being merely a revolutionary in thought. He was also intent on exploring his revolutionary stance on new media and technical procedures.  Even in 1911 as a student at the prestigious San Carlos Academy in Mexico City, at the age of fifteen, he participated in various student strikes. They largely demanded that the focus of the school move away from outdated academic models of art to more modern styles and techniques.

In 1932, during his first exile, Siqueiros left for Argentina and was commissioned to paint in the house of the newspaper publisher Natalio Botana. He called this mural Plastic Exercises. The semi-cylindrical room allowed him to experiment. He called the finished mural a dynamic fresco. The materials used to paint the mural include spray guns, drills, cement applicators, and electrical currents. The artist used nitrocellulose pigments to create an effect that he described as electrical ceramics. He also made use of silicate for retouching.

Unlike a traditional mural or fresco, Siqueiros did not only paint the walls and the ceiling but the floor as well. He also made use of a motion picture camera to discover what he called the filmic matrix. The mural was made by a five-person team advocating for muralism to become community art. The mural is completely devoid of any social or political commentary. Rather it reflects Siqueiros’s experiment as a modern artist questioning the course of the art of his time. Siqueiros called this a fundamentally optical experiment, in his quest to combine not just revolutionary content, but also revolutionary visual forms.

Siqueiros’s Experimental Workshop in New York represented a continuation of Siqueiros’s technical investigations of the 1930s. Following his expulsion from Argentina in late 1933 because of his leftist political activity, he moved to New York City. In 1934, Siqueiros published a counter-ideology to that of Diego Rivera called Rivera’s Counter-Revolutionary Road. Here, he advocated for the rejection of Rivera’s archaeological viewpoint of using indigenous materials and techniques. He called upon his followers to adopt the tools of modern industries as suitable technical bases for the social functions of contemporary muralism.

The New York workshop had two main aims. First, to become a lab meant for experimentation with modern art techniques, and second, to create art for the people. It is in this workshop that the 24-year-old Jackson Pollock would become a student of Siqueiros. Siqueiros saw the importance of the workshop as initiating a second period of 20th-century muralism. Using the experiments of the workshop he soon created a system of controlled accidents. He used these in a series of small panel paintings such as Cosmos and Disaster (1936).

For Siqueiros, Birth of Fascism (1936), illustrated Lenin’s metaphor: The Soviet Union as an immovable rock that resists all tempests. The painting is a depiction of the bankruptcy of the capitalist system and its creation, fascism. The central image of the painting is a raft on which is taking place the birth of a monster with the heads of Hitler, Hearst, and Mussolini. At the upper right on an immense rock, is a symbol of the Soviet Union as the true salvation from the capitalist shipwreck. Siqueiros called this work dialectical realism, which is the superimposition of poured pigments and lacquers as the means to create the dynamic painterly effects of the catastrophic sea of capitalism.

Collective Suicide (1936) is the most complete visual summary of the painterly experimentation of the New York Workshop. The painting, in marked contrast to Birth of Fascism, does not have a contemporary political theme. Rather it depicts the self-destruction of various Inca groups, who hurled themselves into the sea rather than surrender to the 16th-century Spanish invaders.

While painting it, a white primer coat was first applied to the wooden panel to hold the paint, followed by a reddish-brown ground coat. Next, both paint and lacquer were poured directly from the can onto the panel which was placed directly on the floor. What Siqueiros called controlled accident and dynamism later influenced Jackson Pollock’s drip paintings and his artistic techniques.

In Pollock’s early work called Bird (1938-41), we can clearly see Siqueiros’ influence. Inspired by America Tropical, Pollock recreated the eye of the eagle at the top center which appears in Siqeiros’ mural. Pollock also included the bird’s wings and abstract concentric forms inspired by the realist forms of pre-Columbian sculpture which Siqueiros painted.

Even the monumental size of Pollock’s work reflects the influence of the Muralist tradition. In his application for the Guggenheim grant, Pollock wrote that he believed that the easel painting was a dying art form and that the tendency of modern feeling was directed toward the wall picture or murals. A decade after Siqueiros’s experiments Pollock made his famous dripping and pouring technique. He splattered industrial paint and other kinds of objects over surfaces placed on the floor. These explorations originated at the New York Workshop, with their dynamism, automatism, and controlled accidents. 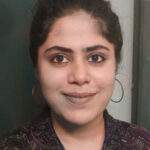