Was Edward II truly one of England’s worst kings, or was he just a scapegoat for the mess left behind by his father?

Whenever Edward II, son of Edward I, is mentioned, it is usually because someone is talking about England’s worst or most incompetent leaders. But is this strictly true? Should Edward II be classed as a weak monarch and a pushover king? A multitude of factors will be considered to ultimately decide whether Edward II was a terrible leader or just a scapegoat king.

Edward II (r. 1307-27) was the fourteenth child of sixteen, and the youngest son of King Edward I (r. 1272-1307), and his wife, Eleanor of Castile. This is one of the primary standout factors of Edward II’s reign: he was not brought up to be a king. He had three older brothers (John, Henry, and Alphonso), who all died before they were aged 12, and crucially, before Edward I died.

Edward II was born on 25th April 1284 in Caernarfon Castle in Wales, two years after Edward I subdued the Welsh rebellion. Interestingly, Edward II was the first Prince to hold the title “Prince of Wales”. Aged six, Edward was betrothed to Margaret, the Maid of Norway (granddaughter of King Alexander III of Scotland) to help generate an Anglo-Scottish alliance following the First Scottish Wars of Independence, fought by his father, Edward I. However, Margaret (who was only a year older than Prince Edward) died just months later, before the two had even met.

In a turn of events meant to create an Anglo-French alliance, Edward I later betrothed Prince Edward to King Philip IV of France’s daughter, Isabella in 1299, but they were not married until after Edward II took the throne in 1307. However, it is not the marriages that tarnished Edward II’s reputation; rather it was his alleged love affair with one of his favorite courtiers: Piers Gaveston.

Even before Edward II had come to the throne, he had struck up a very close friendship with a royal courtier, Piers Gaveston. Gaveston and Edward were roughly the same age, and rumors had spread that the two were in a homosexual relationship. When Prince Edward asked his father to bestow some lands upon Gaveston, the fiery-tempered Edward I replied, “You want to give lands away? You, who never won any?” and followed up by throwing his son out of the room and exiling Gaveston from England for six months.

The alleged homosexual relationship with Gaveston is one of the main factors that contributed to Edward II being seen as a weak king. Centuries of demeaning historiography, because Edward II may or may not have been homosexual, have tarnished his reputation as a king. For instance, the historian May McKisack once described Edward II as “weak, homosexual and ineffective” in comparison to his predecessors (McKisack, 1959).

The Battle of Bannockburn, 1314

But Edward II’s rumored homosexuality is not the only reason that he has been seen as a poor king. Perhaps the most infamous incident of Edward II’s reign was the disaster that was the Battle of Bannockburn. The Battle of Bannockburn was a major battle during the Scottish Wars of Independence and took place from 23-24 June 1314. An English army of 20,000 men succumbed to defeat at the hands of Robert the Bruce’s army of no more than 6,000 men. Militarily, this was a disaster, and it quite simply stained Edward II’s reputation even further.

At first glance, seeing a king of England lose a battle (and as a result, territory) to the Scots — their age-old enemies — seems fair grounds for assuming that Edward II was a weak king. But if we delve deeper into the matter, we can see that this was simply a major loss of territory, it does not necessarily prove he was a terrible king. Have other kings never lost territory before?

On the contrary, Edward II’s loss to Scotland is portrayed as a major loss because, since the rise of the Plantagenets, starting with Henry II’s accession to the throne in 1154, Scotland had been a thorn in the side of the Plantagenet dynasty. Upon Henry II’s marriage to the formidable Eleanor of Aquitaine, the Plantagenet kingdom stretched from Scotland to the south of France. Since Henry II’s reign, Scotland had been a highly contested kingdom, and naturally, any losses were certainly felt at full force, and the repercussions against Edward II were vehemently aggressive. But this raises questions of kingship — what did it take to be seen as a good king in the Middle Ages?

How to Be the Perfect King in the Middle Ages

Let’s take Edward I as an example: the “Hammer of the Scots”. His epithet says it all, before we even know a thing about his reign! He was undoubtedly successful in his battles against the Scots, and particularly against William Wallace, as depicted in the Hollywood blockbuster Braveheart.

But, when glorifying Edward I as a great military leader, historians have tended to view the rest of his reign with rose-tinted glasses. For example, ignoring the fact that he expelled the Jews from England in 1290 after taxing the population heavily in order to fund his wars in Scotland. They were not to return until over 300 years later, under Oliver Cromwell.

But, conveniently for Edward I, who, unlike Edward II is often found on lists of the greatest English monarchs, this act of complete anti-Semitism is often overlooked in favor of his military victories. All this suggests that in order to be seen as a successful English monarch, one has to have been successful militarily.

However, that the image of a warrior king was equated with being a successful king was not necessarily true of other European nations during the Middle Ages. For example, King Louis IX of France, (r. 1214-70) known as Louis the Saint, or St Louis, and was actually canonized after his death. He was not a warrior king like his English contemporaries; instead, he was regarded as a pious king, and he is still one of France’s most well-remembered monarchs. This then suggests that to be seen as a good European monarch, one does not need to be a warrior king — but to be seen as a good English monarch, one does. Edward II was in the wrong place at the wrong time, sandwiched between two warrior kings.

Edward III was Edward II’s eldest son and successor, and he reigned from 1327-77. During his fifty-year reign, Edward III is most remembered for some notable victories at the beginning of the Hundred Years’ War with France, including at Sluys (1340), Crécy (1346), and Poitiers (1356). As well as being famous victories for England, they were also famous victories for Edward III, as he was present in all of them, and gained a reputation as a chivalrous king.

Yet again, like his grandfather Edward I, Edward III has also escaped the critics’ rhetoric when it comes to being regarded as a good king. Edward III failed to deal with the Black Death in time, leading to thousands of deaths in England because he did not close the borders early enough for fear of losing trade. He also introduced the Statute of Labourers in 1351, which aimed to bring wage levels back to pre-Black Death rates after peasants had complained and demanded a wage increase during the pandemic. Edward also used up a huge amount of the Crown’s resources in order to fund the Hundred Years’ War in France, which, when it came to its conclusion in 1453 during the reign of King Henry VI of England, was a huge loss for England.

Stuck Between a Rock and a Hard Place?

When it comes to assessing Edward II’s reign, it is fair to say that he was stuck between a rock and a hard place. In other words, his “unfortunate” reign was stuck between two kings who are often regarded as two of the greatest English kings of all time: Edward I and Edward III. This has simply served to emphasize Edward II’s insecurities and his military losses.

Edward II was certainly not the perfect king, but neither was Edward I or Edward III. Edward II should be judged for what he achieved in his reign given the circumstances — including the Crown’s debt, created by his father, and a major famine.

It is unfair to see Edward II as a weak and ineffectual king, and to call him England’s scapegoat king is not far from the truth. Only recently has his homosexuality been looked upon more favorably, as up until the twenty-first century, historians saw it as a valid reason to criticize and chastise him. Hopefully, more research in this area will only lead to a more favorable view of a king, who, had he not been judged so harshly by the standards of time, might have a better reputation today. 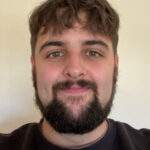