Evelyn de Morgan was an intellectual and artist, part of the latter half of the Pre-Raphaelite movement. Her artwork was greatly influenced by Greek mythology and womankind. 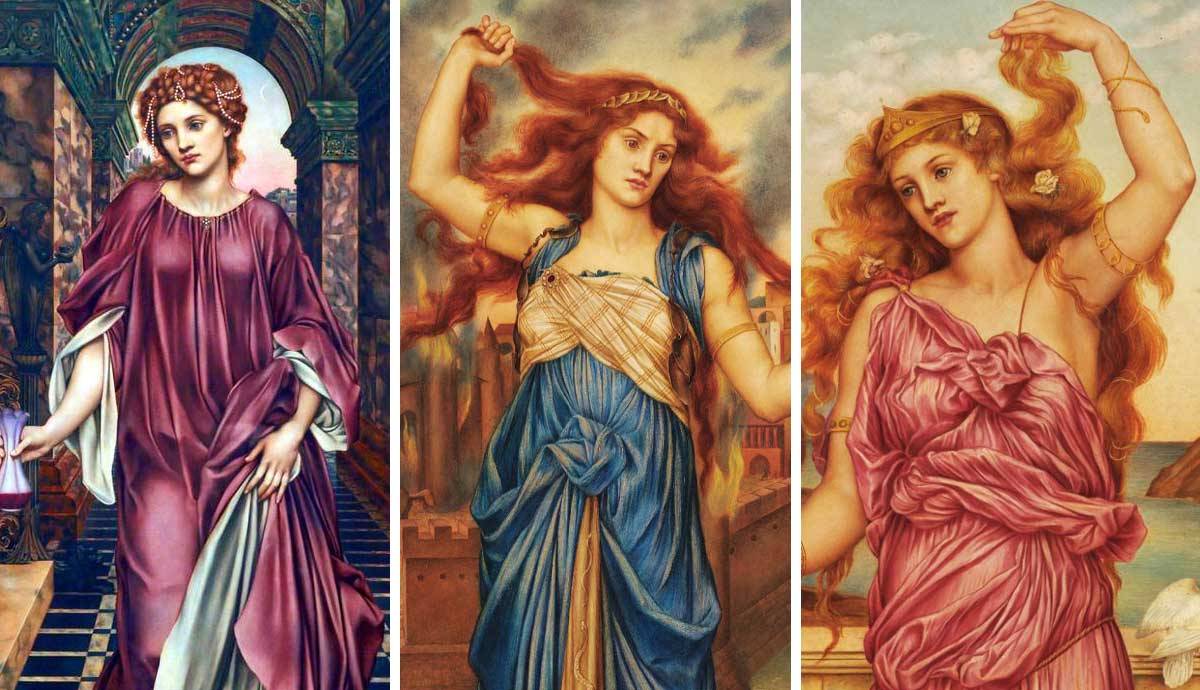 The Artwork of the Pre-Raphaelite movement was heavily dominated by men, which can perhaps be attributed to the limitations placed on women’s freedoms during that time. Evelyn de Morgan defied the restrictions of her gender and her artwork was so successful she managed to provide a livable income for herself. This was unusual and almost unheard of at this time.

Evelyn de Morgan’s artworks subverted cultural ideals and contributed to the depiction of women in art by other women, from the late 1800s to the early 1900s. Morgan was influenced by the allure of Greek and Roman mythology, which many artists found fascinating, especially Pre-Raphaelite artists. Through her artwork, she managed to critique society, convey feminist ideals, and express herself.

The Pre-Raphaelite movement was a cultural interest in and return to an appreciation of the Renaissance period and the art created during that time. Artists attempted to revive the style of these Renaissance artists. This meant that they returned to realistic portrayals of humans, focusing on the beauty of life, nature, and humankind.

Evelyn de Morgan was born in 1855 during the height of the influence of the Pre-Raphaelites. Her education took place at home, and through her education, she came to know about the Classics and mythology. Despite the disapproval of her mother, Evelyn was supported by her father to pursue her dreams of being an artist. He funded her travels to learn about art, and so she was very lucky in this way.

She studied at the Slade School of Art, as one of the first female students. Evelyn showcased her independence and ambition in many cases. Historians have a few events to share: Evelyn refused help, as was expected of her gender, in carrying all her canvases and paints to class every day. She determinedly walked to and from class carrying these items herself. Another way Evelyn conveyed her ambition was by evading prejudice: she stopped using her first name “Mary” and instead used “Evelyn,” her middle name because “Evelyn” was recognized as a name used for both boys and girls. In this way, she avoided her work being unfairly judged based on gender expectations after submission.

Evelyn’s skills continued to grow and flourish, such that she became one of very few women who could support themselves financially. Here are some of her most celebrated artworks.

The Dryad by Evelyn de Morgan

This is a painting of a dryad, a female tree spirit in Greek mythology. Dryads — also known as tree nymphs — are usually bound to their life source, in this case the woman is bound to a tree. As you can see in the painting, her foot is immersed in the bark. Sometimes dryads could detach themselves from their natural source, but they could not wander too far. In other cases, dryads could not detach themselves from their source at all.

“Drys” means “oak” in ancient Greek, which is where the term “dryad” comes from. Evelyn highlights her knowledge of the classical world with this painting of an oak. At her feet is an iris, which refers to the Goddess Iris of the rainbow, whose light and rain brought nourishment to the tree.

Dryads were often characterized as young women, with gleeful souls and a deep love for their natural surroundings. Their lives were seen as sacred, and the gods of the Greek pantheon protected them fiercely. To destroy a dryad’s tree would be immediately punishable.

There was a lot of romanticism associated with dryads or nymphs in Greek mythology. They were often the love interests and dance partners of gods, namely Apollo, Dionysius, and Pan. Greek mythology is full of allusions to the playful spirits of satyrs (half-man, half-goat beings) chasing or dancing with these nature spirits.

“Dionysos, who delightest to mingle with the dear choruses of the Nymphs, and who repeatest, while dancing with them, the sacred hymn, Euios, Euios, Euoi! […] resound beneath the dark vaults of the thick foliage and in the midst of the rocks of the forest; the ivy enlaces thy brow with its tendrils charged with flowers.”
(Aristophanes, Thesmophoriazusae 990)

For the subject of this painting, Evelyn chose the controversial myth of Ariadne and Theseus. In this myth, the Greek hero Theseus was aided by the Princess of Crete, Ariadne, to escape the Minoan Labyrinth, which was the home of a bloodthirsty Minotaur. Theseus promised to marry Ariadne, and the two ran away together. Ariadne abandoned her home for Theseus, but he eventually showed his true colors…

While resting on the island of Naxos on the way home to Athens, Theseus abandoned Ariadne. He sailed away in the dark of the night, and when Ariadne awoke she was heartbroken by his betrayal.

Evelyn depicts Ariadne in her melancholy and dejected state. The red symbolizes both her royalty and her passion for Theseus. The desolate and empty land enhances the depiction of Ariadne’s emotion. Some interpret the shells on the shoreline as symbols of female sexuality and love. Discarded, they show Ariadne’s heartbreak and lonesomeness.

The painting is an excellent showcase of Evelyn’s growing skill as an artist, as this painting was from the beginning of her career as a professional. She cleverly depicts the way women were treated as disposable in ancient society, while still remaining relevant to her time.

In 1898, Evelyn chose to paint two important women from Greek myth: Helen and Cassandra. Their pictures side by side present a juxtaposition of peace and war. Helen’s frame is peaceful, with the symbolic white doves showcasing both peace and love, symbols of the Goddess of Love, Aphrodite. Helen’s background is bright and wonderful, and the bright pink dress, golden locks, and flowers add to the overall image of harmony. She gazes into a mirror featuring Aphrodite’s form, which can be interpreted as a serene scene, or perhaps has the darker connotation of vanity, which later drove Helen to elope with a young Prince of Troy…

In Cassandra’s painting, the fallout of Helen’s desire for Paris is depicted: war and destruction. As they say, all is fair in love and war, but for Cassandra, this meant the destruction of her hometown and people. When Helen fled to Troy, the home and city of Paris, the entirety of the Greek nation came to battle the Trojans for many years.

Cassandra was a priestess of Apollo, but the god desired her and she did not return his affection. In anger at Cassandra’s rejection, the god Apollo cursed Cassandra to be able to see the future, but she would never be believed. Therefore, when Cassandra predicted the fall of Troy, she was spurned by her own family and people as insane. Alas, her predictions, as always, came true. Evelyn paints the striking scene of Troy burning, with Cassandra’s flaming red hair continuing the fiery imagery. Cassandra pulls out her hair, a sign of mourning and anguish. Blood red flowers lay at her feet, as a reminder of the blood split by the war, and the woes that came from not heeding Cassandra’s voice.

“When night’s black Mantle could most darkness prove,

And sleep did my senses hire

From Knowledge of my self, then thoughts did move

Swifter then those, most swiftness need require.

In sleep, a Chariot drawn by winged Desire, I saw; where sat bright Venus Queen of Love

And at her feet her Son, still adding Fire

To burning hearts, which she did hold above,

But one heart flaming more then all the rest,

The Goddess held, and put it to my breast, ‘Dear Son now shoot,’ said she: ‘thus must we win.’

He her obeyed, and martyred my poor heart.

I waking, hoped as dreams it would depart,

This poem by Lady Mary Wroth matches well with Evelyn de Morgan’s painting. Both feature the subjects of Venus, the goddess of Love, and her playful and mischievous son, Cupid. What’s more, Wroth and Morgan were both women who defied the expectations of their gender during their historic periods, by pursuing the creative arts for public acknowledgement.

Evelyn de Morgan’s painting draws from Roman mythology, and shows Venus confiscating Cupid’s bow and arrows. Clearly, Cupid has been up to no good, not unusual in Roman myth, and hence his mother has decided to punish him. In the painting, Cupid appears to be playfully entreating his mother to give him back his bow and arrows — name them toys or weapons, it’s your choice. Venus and Cupid were also known as Aphrodite and Eros in Greek myth.

In this painting, Medea is a captivating figure. She holds a potion of questionable contents. Medea was a skilled witch, and her abilities did not go unnoticed… Three goddesses plotted to have Cupid, the god of passion, bewitch Medea to fall in love with Jason. Jason was in dire need of assistance if he was to complete his quest to retrieve the golden fleece, guarded by a fire-breathing dragon.

However, the spell got out of hand. Medea used her skills and magic to help Jason defeat the dragon, but the love spell eventually turned her insane. Medea became increasingly violent, all in the pursuit of love. She murdered her brother to ease her besotted flight with Jason, then she poisoned another love interest of Jason when his attentions began to wander. And finally, she murdered her own two sons by Jason, in a fit of rage, when Jason rejected her.

Evelyn de Morgan contributed an array of wonderful paintings that presented women in a sympathetic light, and that showed Greek women as heroines, rather than sidelined characters. Her works were full of life and rich in color and presentation. Adventure, romance, power, nature, and so on, all her themes were deep, with great potential for interpretation.

Her 50-year career of professional art was a gift and unique influence on the Pre-Raphaelite movement, and without her art, we would be sorely missing out on some wonderful pieces. Evelyn de Morgan is often overlooked as a contributor to the Pre-Raphaelite movement, since her art collection was privately owned for many years by her sister, after Evelyn’s death. This meant that Evelyn’s work was not exhibited in public collections as much as her artistic peers. However, in modern times many people reflect on Evelyn and her art as sources of inspiration and beauty. 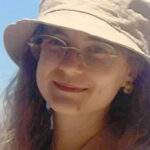 Rewriting Ariadne: What Is Her Myth?