With an internationally celebrated career spanning over sixty years, Faith Ringgold is one of the world's best-known and most versatile female African-American artists. 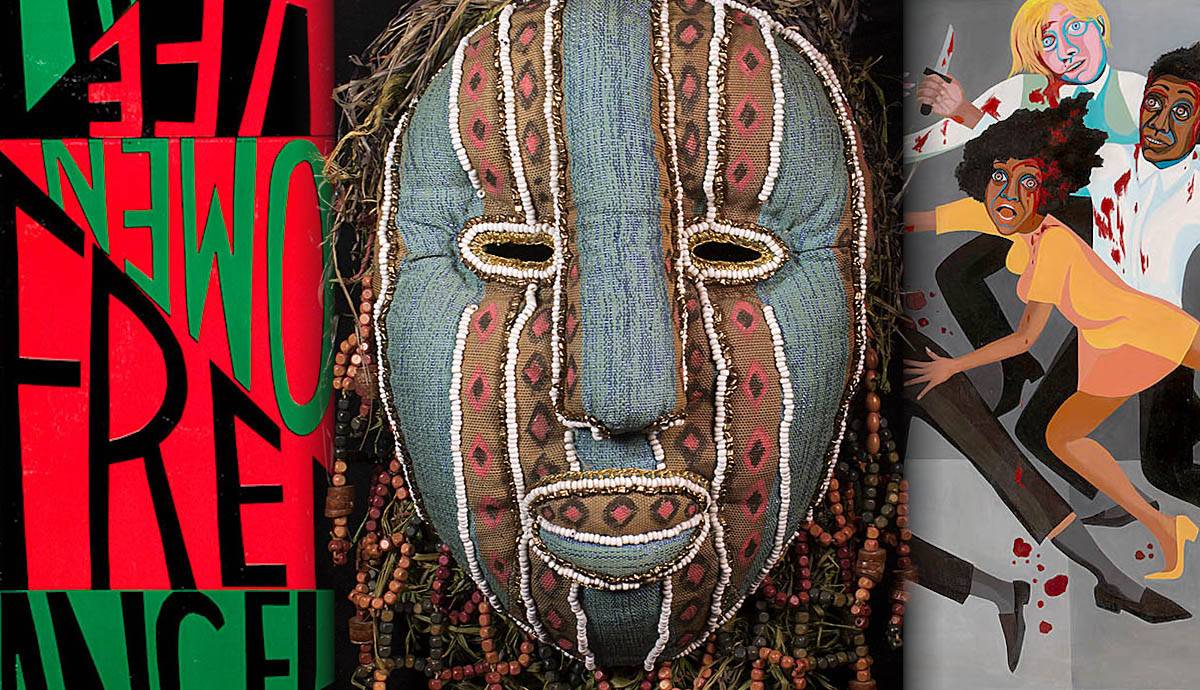 Born in Harlem in 1930, Faith Ringgold had always wanted to study art, but could only apply to study at the City College of New York’s School of Education as an art major at the time because the School of Liberal Arts didn’t take female students. She would continue to earn a master’s degree and become a New York public schools teacher until the 1970s, much to her mother’s relief. As an extremely versatile and prolific artist, she wanted to tell the story of being a black woman in America, and her art is the way of telling her story.

Faith Ringgold is not only active as an artist but also as an activist to advocate racial and gender equality as well as artistic liberty. For example,  she protested at least twice against the Whitney Museum of American Art, once for a sculpture exhibition that failed to include any African American artist, and again against the Whitney biennial which excluded women artists. She also founded, with one of her daughters, the Women Students and Artists for Black Art Liberation group.

Painting is a medium Ringgold had worked with from the earliest phases of her career, starting in the 1950s. After traveling to Europe, she would start creating paintings with more pronounced political significance. In 1967, she started working on her monumental American People Series, to exhibit as the only black artist at Spectrum, a co-op gallery close to MoMA, for her first solo show. The Summer of 1967 was rife with racial confrontations in the United States, and the Black Power and civil rights movements were in full sway. Ringgold’s 1967 series consisted of large-scale works influenced by Picasso’s Guernica, representing the chaos of interracial disorder in the United States, some purposefully ambiguous, with meticulously planned compositions and execution.

They are powerful documentation of the time. Some are perhaps foreshadowing the future, such as American People Series #20: Die, with a pair of fearful children, one white and one black, clinging to each other at the center. Faith Ringgold considers American People as the beginning of her mature oeuvre.

Another work of this series, US Postage Stamps, is a racially diverse stamp of the American society depicted by the artist, each pair of eyes piercing. Already, we see the use of text in her work. “Black Power” is incorporated in black letters diagonally across the artwork. Ringgold’s paintings are always connected with her own feelings and experiences. She would also paint large works inspired by feminist issues or problems of incarceration.

Another important motif in Faith Ringgold’s work is the American flag with its stars and stripes. This potent political symbol had been a part of the artist’s creation since the 1960 and 1970s with The Flag is Bleeding (part of the American People Series) and “People’s Flag Show” that Ringgold helped organize. She was subsequently arrested for desecration of the flag. She would come back to this topic in the 1980s in her quilts. For Faith Ringgold, the American flag is a charged field upon which all Americans should be able to reflect and voice their sentiments. It is exactly what she did, with images and words. The Die Nigger painting had seen its purchase refused when the Chase Bank employees understood what it was about.

In the late 1970s, Faith Ringgold made masks and soft sculptures. She first worked on a series of soft portrait sculptures called the Harlem series, which were quite large. Her soft sculptures are life-sized, representing real people from society, unknown or famous. She made these using foam. The sculptures are stand-alone pieces and often include a lot of details, each with a rich background story transpiring through the work.

The artist would continue to create the Witch Mask series and other works of mixed media that are not merely decorative but can also be worn. Her masks are influenced by the African mask tradition. Faith Ringgold traveled to West Africa, Ghana, and Nigeria in the 1970s, and what the rich and diverse tradition of mask making she observed there would continue to be a great influence in her own practice. Ringgold would also often work with her mother on these pieces that combine arts and crafts techniques, including her own family heritage in the making process.

Ringgold is well-known for the narrative quilts that she started making in the 1980s. It is influenced by her 1970s experimentation making Tibetan thangkas inspired works based on textile. She first saw thangkas on a visit to the Rijksmuseum in Amsterdam. Her great-great-great-grandmother had made quilts as a slave for her masters. Fabric is a medium with significance to the artist and she would explore different formats and styles to adapt it to her art. The story quilts are extremely popular and are sold-out items since she began making them. However, Ringgold’s quilts are often considered less serious artworks and less collected and exhibited in museums than her other works.

Faith Ringgold used her quilts as another kind of canvas for creating narratives, to tell stories covering different historical periods and types of characters. Faith Ringgold made her first quilt with her mother Willi Posey Jones, who worked as a fashion designer. Mother-daughter relationships are very strong in her family. Faith Ringgold is also close with her two daughters. One of them is Michelle Wallace, a cultural critic. Her first story quilt, including text, was Who’s Afraid of Aunt Jemima?. Ringgold’s topics vary, ranging from her own experience of weight loss to Michael Jackson’s hit Bad.

Politically active, Faith Ringgold made posters in support of groups such as the Black Panthers and other activists. For instance, she made posters calling for the liberation of African-American activist Angela Davis. Her posters are often simple but graphically powerful. Including few shapes and strong colors, they demonstrate well-delineated compositions and clear textual messages. Text is an important element in Faith Ringgold’s art and she would use text on many of her art formats.

Faith Ringgold is a prolific children’s books writer and illustrator. She would go on to publish seventeen of them. Her first book Tar Beach was published in 1991 and won many prizes. It is based on a story quilt of the same name she made, which is now housed in the collection of the Solomon R. Guggenheim Museum in New York City. Tar Beach is the story of a little Black girl living in New York City who dreams of flying. Many of her subsequent illustrated children’s books are based on her quilts or important African-American figures and stories. Faith Ringgold also published her memoir in 1995, titled We Flew Over the Bridge.

She experimented with performance in the 1970s, with works such as 1976 The Wake and Resurrection of the Bicentennial Negro. It shows a pair of children being mourned by their family members, wearing costumes designed by the artist. Instead of celebrating America’s bicentennial, African Americans are in mourning.

She would also use masks she made in her performances. Faith Ringgold’s performances merge diverse influences from African tradition such as dance, music, masks, costumes and storytelling, as well as her other works such as masks or quilts. Many of her other performances are also inspired by her own experience, such as Being My Own Woman: An Autobiographical Masked Performance Piece or Change: Faith Ringgold’s Over 100 Pound Weight Loss Performance Story Quilt, the Harlem Renaissance environment in which she grew up. She would also invite viewers to participate.

The University of Maryland has a dedicated Faith Ringgold Study Room at its David C Driskell Center where archives and materials documenting the artist’s career are held at. Faith Ringgold’s works are collected in major museums internationally and included in important art exhibitions such as Tate’s 2017 Soul of a Nation: Art in the Age of Black Power. She has held retrospectives at the Serpentine Galleries in London and is a recipient of more than twenty honorary degrees. Her achievements as an emblematic African-American artist and activist are recognized and celebrated globally.

Now in her 90s, the artist remains active. Her works are exhibited around the world and she is always willing to engage with the public. All throughout her career, Faith Ringgold has spoken up through her works. The world heard her message and she led the way for many younger women artists of color to come. If you’ve come to like Faith Ringgold’s work while reading this article, you can also experience her art via your phone with her Quiltuduko game, designed by Ringgold herself who is a big fan of the Japanese numerical puzzle game of sudoku.