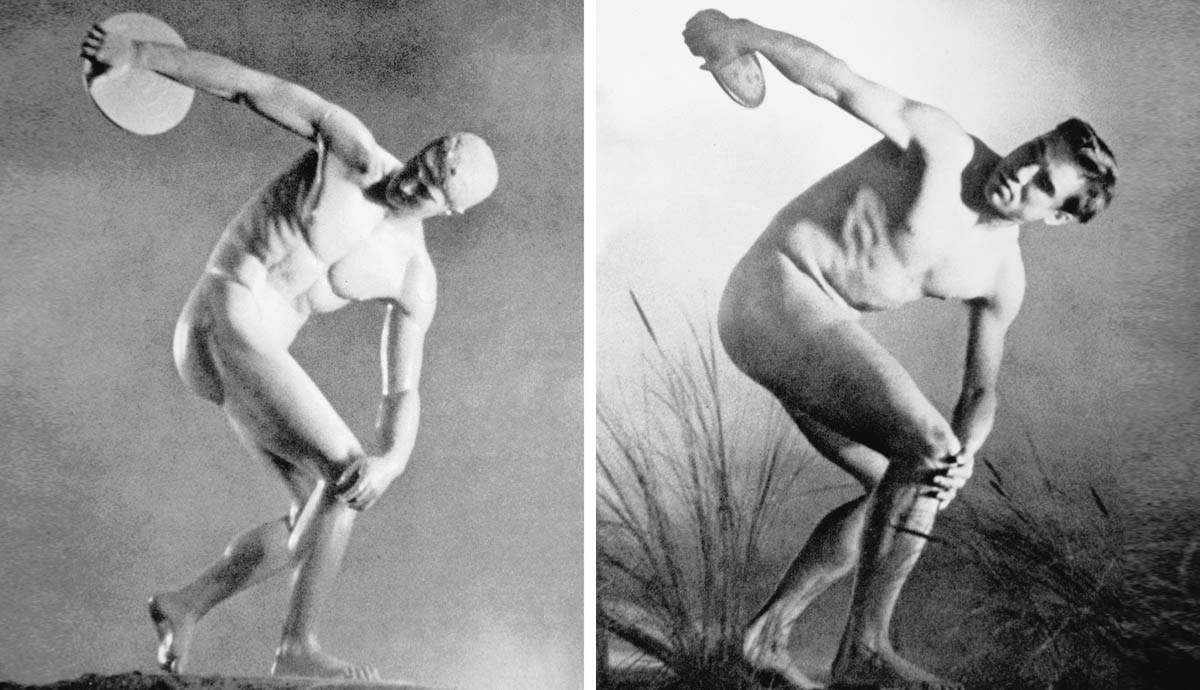 Modern Fascism and Nazism performed something akin to an 18th Century “grand tour,” updated for the 20th Century. Rather than remaining reserved for the elite, months-long luggage-laden jaunts to inspect the wonders of Classical Art, fascist movements reconstructed and reanimated the Greco-Roman past and brought it to the modern masses. This wholesale cultural appropriation of the classical visual world amounts to no less than a neo-neo-classicism, or an updated Palladianism (in this case encompassing much more than just the world of architecture), in which fascism masked itself with the very fundamentals of European civilization.

It is certainly the case that major players in fascism had been involved in, influenced by, or were even supported by progenitors of modernism. Italian Futurists, those first techno-utopians, like Marinetti, even cheered on Italian invasions of North Africa. The “alpine film” genre of modernist Weimar cinema, which pioneered Marvel-like action stunt sequences amidst death-defying natural backdrops, started the career of infamously Nazi-aligned director Leni Riefenstahl. The common denominator between both was the extolling of brute force, whether mechanical or natural.

Yet when fascists pulled off the still bewildering feat of capturing power and had the opportunity to self-immortalize their chosen aesthetic, they turned consistently to the classical.

The iconic “square colosseum,” or the “palace of Italian civilization” of Espozizione Universale di Roma (EUR) compresses classical arches into an almost Bauhaus-like square form. Conceived in the mid-1930s, the claim on the classical is not merely gestural but also thematic, as the inscriptions and the marble statues subsume the antique genius of the Roman Empire into modern Fascist Italy.

The Colosseum has proved an ineluctable form for monumentality fascistic and liberal, and so also did that relic of Ancient Rome similarly inspire the Nazis. Their Kongresshalle in Nuremberg, designed the same year as that of EUR, 1935, proved more of an obsequious imitation than that at EUR, albeit on an elephantine scale. With tightly layered colonnades and archways, designed to hold 50,000 for the sole purpose of a political parade ground, like so much of Nazism, the megalomania proved delusional, and it remained only half-built.

A project with a visual and thematic program similar to EUR, though distinctly less innovative, was the Foro Mussolini of the late 20s/early 1930s. A sports complex, similarly bedecked with statues and Hellenic stadiums, the marble Obelisk astride the entranceway was forged from the largest block of marble ever extracted from the Apuan Alps. Designed in preparation for the 1940 Olympics in Rome, these facilities would never hold the world’s attention as Fascist Italy joined Hitler’s war that year (Mussolini waited until after the fall of France to join fascism’s war).

The modern Olympics have always provided cultural low-hanging fruit for appropriation of the classical past. So, the infamous Berlin Olympics of 1936 worked hand-in-glove with Olympic imagery and themes. So much of what one today regards as Olympic tradition actually stems from Nazi-engineered propaganda, especially the Olympic flame relay torch procession. Sponsored by the Zeiss company, it was originally the idea of the Jewish archeologist Alfred Schiff, who died alone in Berlin in 1939 after his wife and daughters successfully escaped to England. The torchbearer was also adopted as a symbol of the Nazi party itself; the sculptor Arno Breker composed just such a sculpture for the Reich Chancellery named The Party.

Leni Riefenstahl seized upon the torch procession as the centerpiece of her bewitching opening sequence to her film of the 1936 games, Olympia. She provides an ultimate filmic representation of the streams of the ancient past funneling into their supposed modern successor, the fascist state. Riefenstahl’s documentary film is notorious for its innovations in sports photography, employing montage, slow-motion, bottom-up camera angles, and using cam caddie elevators.

What Riefenstahl exemplifies most vividly in the fascist seizure of Classical Art is the elevation and idealization of the nude male body as the measure of all things, but especially the fusion of beauty and virtue. The Greek notion of Kalokagathia expresses this notion of beauty indissolubly linked to the ethically virtuous. This homoerotic beauty ideal had long been a part of modern art theory in the German lands and was well developed by Winckelmann in the 18th Century. Tellingly, Winckelmann’s most famous work was entitled “Thoughts on the Imitation of Greek Works in Sculpture and Painting.”

Surrounding notions of a mystical union of men have been part of German nationalist organizations and imagery throughout the 19th century, from the Turnverein of Jahn to the operas of Richard Wagner. The cultural idée fixe for all things Greece amounted to a political ideology. Even legitimate historians of the ancient past, such as Theodor Mommsen, declared the German Empire as a reborn Rome. The fetishizing of the ancient past in the Nazi period was such that even a famous perfume maker branded their sun cream as “Sparta.”

Such romantic nationalists were fixated with the ancient idea that the nude male body could provide a measuring stick for beauty and indeed all reality. The crucial distinction between the classical heritage and its appropriation in fascism is that the measuring-stick notion was intended in a literal, empirical sense and was adamantly not embedded in a value-laden, pseudo-scientific system of hierarchical classification that separated and demonized peoples based on their resemblance to said ideal.

By the time of the Nazis in the 1930s, one to two generations after the advent of modern racial pseudo-science, ancient Greek ideals had been well-fused with the “Aryan myth,” a kind of bastardized Hegelian narrative wherein the ancient Greeks were said to have been Nordic peoples. Evidence of such bizarre claims can be found in the parade celebrating the opening of the neo-neo-classical “House of German Art” in Munich, where supposed “ancient Germans” were dressed as Ancient Greeks.

Olympia was filmed in 1936 by direct decree of the Führer, the same year that pornography was banned and that the Nazi state established a central office to combat homosexuality. Riefenstahl begins her film with a nude statue coming magically to life. It dissolves into a living athlete among the ruins of the Acropolis, centering around the famous Greek sculpture of the Myron Discobolus. Framing the idealized male nude as a spring of energy, this hard armored body (played by a famous German athlete of the time) self-anoints modern Germans as aristocrats of humankind (Hitler was personally obsessed with this statue and pursued the purchase of a Roman copy from Mussolini for years).

The aesthetic reality of the Myron Discoboulus is that it was initially designed as an idealized portrait and executes a human shape that no human could possibly pull off. Its elevation by fascism and Nazism unwittingly reveals a deeper truth about the ghastly experiments of that whole period, the wrenching of the human out of order, twisted into cruel and ultimately malignant shape.

The most famous sculptor of the Nazi era, Arno Breker, cared little for the mimesis or classical reproductions of Riefenstahl’s Olympia. His notorious sculptural behemoths were farcically out of human proportion.

Flanking the entrance of Albert Speer’s neo-classically authoritarian Reich Chancellery were two of Breker’s bronzes, one representing “The Party” and the other the “Wehrmacht.” Breker, who spent a fellowship in Rome studying Italian fascist art, collapses any distinction between art and propaganda. The exaggerated virility of the statues with muscles covering every possible surface area cannot entirely disguise a certain contempt for both the human form and classical art.

Speer’s plan for the rebuilding of Berlin, to be named Germania, was akin to a Breker sculpture on the canvas of urban planning. With reference to every conceivable classical architectural form, consistent throughout was full-on maniacal monumentality to fully dwarf the human scale wherever possible. During the war, concentration camps and slave laborers throughout Europe quarried stone for a city that was never to be built.

While fascism and Nazism laid claim to classical art in an attempt to appear familiar, universal, and functional, as the wave of the future (recent reports attest that this interest even spread to the widespread looting of antiquities), such wild ambition constantly fumbled, and at times they thwarted even their own agenda. When Fascist Italy finally invaded Modern Greece, it proved a disastrous debacle, with Greek forces repelling Mussolini and even invading Albania. (Even today, Italians ironically use Mussolini’s boastful claim about Italian prospects for the war: Spezzeremo le reni alla Grecia – We will break Greece’s loins/backs [literally, “kidneys”]). Fatally delaying the invasion of the Soviet Union along with Yugoslav partisan allies, the Greeks hold the distinction for being engaged in combat with German forces for the single longest number of days during World War II.

If Greco-Roman art bequeathed humanity ideals of harmony and beauty and a flourishing of philosophy, their 20th-century imitators glorified domination, egomania, and to borrow from Susan Sontag’s “Fascinating Fascism,” the exaltation of mindlessness. 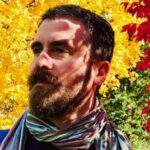 By Adam J. SacksMA & PhD History, MS (High Honors), Phi Beta KappaAdam J Sacks holds an MA, PhD from Brown University Department of History, an MS in Education from the City College of the City of New York, High Honors, and a College Scholar Bachelor of Arts from Cornell University, Summa Cum Laude, Phi Beta Kappa. Adam is a cultural historian of Modern Europe with a passion for the politics of aesthetics, secularization and religious energies, cultural differences, and cultural crisis. A classical guitarist, part-time classical music reviewer and avid language learner (on his fifth), Adam publishes widely in a variety of platforms largely on matters pertaining to the politics of memory, public history, and cultural interpretation and criticism.

10 Roman Coliseums Outside of Italy To Visit