HomeAncient HistoryFetal and Infant Burial in Classical Antiquity (An Overview)

Greco-Roman burial rites varied widely between neonatal infants and other citizens. Read on for an overview of fetal and infant burial in classical antiquity.

Before 1900 AD, roughly 50% of children died before they turned ten years old. Until about 25 years ago, infant burial rites were underrepresented in archaeological studies of ancient Greece and Rome. A sudden bloom of research interest in the late ‘80s led to a discovery of fetal and newborn graves outside of traditional communal funerary contexts.

Greco-Roman societies in classical antiquity required human remains to be buried outside of the city in large cemeteries called necropolises. The rules were more relaxed for neonates, babies, and children under 3 years old. From Gallo-Roman burials within home floors to a field of over 3400 pot burials in Greece, infant burials shed light on ancient children’s experiences.

Since the late 1990s, over 3,400 human neonatal remains have been discovered on the Greek Island of Astylapaia, in the town of Hora. Now named the Kylindra Cemetery, this find is home to the world’s largest assemblage of ancient children’s remains. Bioarchaeologists have yet to discover why Astypalaia became such a large collection of buried neonatal remains, but the ongoing excavation efforts may yield new information about infant burial rites.

The remains at the Kylindra site were buried in amphorae – clay jugs used as containers for many different contents, but primarily wine. This was a common method of infant inhumation in classical antiquity and in this context was referred to as enchytrismoi. Archaeologists think these burial vessels may have been symbolic of the womb. Another common argument suggests amphorae were simply abundant and well-suited to burial-recycling.

To place the body inside, a round or square hole was cut into the side of each amphora. Afterward, the door was replaced and the jug laid on its side in the ground. The subsequent burial process caved in the door and the soil that filled the jug hardened into a concreted ball.

Similarly, the remains are excavated in the reverse order of the internment. The concreted soil ball containing the remains is removed from the amphorae, the latter of which is passed to another archaeological group focusing on clay pots. Next, the ball is placed with the skeletal remains facing up and is excavated with a scalpel until the bones can be removed, cleaned, identified, and added to the database.

Antimicrobial properties in groundwater that leaked into the pots over the years helped preserve the skeletons – many to the point that allowed scientists to observe the cause of death. Approximately 77% of the infants had died shortly around birth, while 9% were fetal and 14% were infants, twins, and children up to the age of 3 years.

Archaeologists also dated the amphorae containing remains. By comparing the vessels’ forms to those of different periods, they estimated a wide range of 750 BCE to 100 AD, although most were between 600 and 400 BCE. Such extensive use of the necropolis throughout time means burials span the Late Geometric, Hellenistic, and Roman contexts, in addition to that of classical antiquity.

Burials of adults and older children often had small monuments erected. These stelae were generally made of limestone due to the mineral’s abundance in the Mediterranean and were either carved or painted with depictions of the departed. This cemetery also sticks out in classical antiquity for its lack of grave goods or markers of any kind, but that doesn’t mean the excavation is all for naught.

The value of this find is largely in the neonatal remains, and the bioarchaeology field school led by Dr. Simon Hillson plans to develop a neonatal skeletal database. While we may never know why the remains were buried there, the database could be a boon for biological anthropology, medicine, and forensics advancements alike.

When compared to the contemporary burials of adults and older children, infant burial rites in ancient Rome seem less complex. That is largely attributed to the Roman social structure prescribing nuanced rules for the treatment of children under the age of seven in life and death.

One study examined disinterred graves of children under one year old in Italy from 1 BCE to 300 AD, including a substantial chunk of classical antiquity. Unlike the isolated Greek neonate burials, they found infant inhumations in Rome were largely interspersed with those of the adults and older children.

Pliny the Elder notes in his Natural History that it wasn’t customary to cremate children who hadn’t cut their first teeth – a milestone event associated with a specific age range in infancy.

‘Children cut their first teeth when 6 months old; it is the universal custom of mankind to not cremate a person who dies before cutting his teeth.’ (The Elder Pliny, NH 7.68 and 7.72)

This does not seem to be a hard and fast rule, though, as several sites in Italy and Gaul include cremated newborns on funeral pyres instead of within burials.

Roman infants were typically buried in sarcophagi painted with depictions of infant milestones. The most common were the child’s first bath, breastfeeding, play, and learning from a teacher.

Premature deaths were often depicted on sarcophagi as a dead child surrounded by the family. This was only true for older children, though, and newborn deaths generally lacked any depiction at all, unless they died with the mother during birth. There are a few relief carvings and paintings of infants on sarcophagi and funerary statues, however, these are much more commonly seen for older children.

Neonate burials in Roman Italy during the classical antiquity period also differed from those in the Kylindra Cemetery in that they contained grave goods. These varied from iron nails interpreted as leftovers from small wooden sarcophagi that had decomposed, as well as bone, jewelry, and other ritual items perhaps intended to ward off evil. Archaeologists have also interpreted some of these objects as being pins that held closed long-disintegrated swaddling materials.

Newborns and infants interred in Roman Gaul were sometimes concentrated in separate sections of necropolises. However, researchers have yet to find a Roman infant cemetery approaching the sweeping degree of the Kylindra necropolis in classical antiquity or any other era.

Infant burials have also been excavated in both cemeteries and around settlement structures in Roman Gaul. Many were even buried along walls or beneath the floors within homes. These children ranged from fetal to one year old, and researchers still debate the reason for their presence within societal living spaces.

In 2020, researchers with the National Institute for Preventive Archaeological Research (INRAP) excavated the tomb of a child estimated to be one year old. In addition to the infant skeletal remains housed in a wooden coffin, archaeologists also found animal bones, toys, and miniature vases.

Roman literature in classical antiquity typically urged families to exercise restraint in mourning infant deaths because they had yet to become involved in earthly activities (Cicero, Tusculan Disputations 1.39.93; Plutarch, Numa 12.3). Some historians argue this perspective aligns with the sense of privacy burying a child near the house might bring (Dasen, 2010).

Others interpret the emphasis placed on milestones – like Pliny’s weaning and cremation comments – as indicating children lacked the participation in social space to warrant a public funeral in the necropolis. In not being full-fledged members of society, they seemingly existed somewhere in the boundaries between human and inhuman. This liminal societal existence likely imparted their ability to be interred within the city walls, correspondingly straddling the otherwise strict line between life and death as well.

Like their Italian counterparts, burial rites in Roman Gaul featured grave goods. Bells and antlers were typical Gallo-Roman for both male and female children. Roman children of weaning age were often buried with glass bottles, and sometimes talismans to protect them from evil.

Variation Between Sites And Funeral Rites In Classical Antiquity

Differences between infant burials versus those of older children and adults include location, interment methods, and the presence of grave goods.

In some cases, like Roman Gaul, they were buried within the walls of the city. In others, like the infant and fetal graves of Astypalaia, the youngest of the dead shared a separate area of the necropolis with only each other.

Historians of classical antiquity texts often interpret references to children as reflecting a reluctance to connect emotionally until they were several years old – and more likely to survive. Philosophers including Pliny, Thucydides, and Aristotle likened young children to wild animals. This was typical of most infant descriptions by the stoics and may illuminate reasons behind differences in funeral rites. In Greek mythology, this view is also reflected in Artemis’ role in protecting young children alongside wild creatures.

While adults were often cremated before interment, children were more likely to be buried. Neonates tended to be placed directly in the soil with a tile on top or inside clay pots. This age group was the least likely to have grave goods as part of their observable burial rites, and the goods found with older children were linked to their developmental age. For example, although archaeologists originally thought of dolls as toys, in recent years dolls accompanying child remains have become associated with female infants maturing past the weaning age – about 2-3 years old.

As technology continues to progress, so will archaeological interpretations of historical evidence. New burial rites findings stand to teach us a lot about our history as humans, and correspondingly inform the future of medical and forensic science. By sifting through graves from classical antiquity and documenting infant skeletal development as in these Greco-Roman contexts, archaeologists may give us invaluable tools for global scientific advancement. 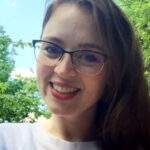 Amunet: The Fascinating Goddess ‘Mother Who Is Father’
By Alexandria Frye, in Ancient History

Understanding Funerary Art in Ancient Greece and Rome in 6 Objects