Who Were the Flavian Emperors? (8 Facts)

The Flavian Emperors ruled Rome for only 27 years, but the impact of their brief dynasty stretched far beyond their reign.

The Flavian Emperors left their mark on Roman history. Their reforms led to stability and their massive building campaigns are still visited by millions of people to this day. They fought in some of Rome’s largest campaigns and used their military victories to establish their authority. Keep reading below to learn more about the three emperors who shaped the legacy of the Roman Empire.

The Flavian Emperors: The Second Dynasty Of Imperial Rome

If the Flavian Emperors were the second dynasty of Imperial Rome, who were the first?

That would be the Julio-Claudian dynasty. This dynasty began with Augustus in 27 BC and ended with the death of Nero in 68 AD. There were five emperors in the Julio-Claudian dynasty: Augustus, Tiberius, Caligula, Claudius, and Nero. Their legacy is a mix of triumph and terror. Upon the death of Emperor Nero, civil war broke out over who would be the next emperor. The following year is known as the year of the Four Emperors.

Galba, Otho, and Vitellius each ruled in succession, none able to make their hold on power permanent. Vespasian was the final man to declare himself emperor. He succeeded where the other three failed because he had the loyalty of the Roman legions in the East and the support of the Roman Governor of Syria. Vespasian established the Flavian dynasty and ruled Rome for ten years before his death in 79 AD.

One Of The Shortest Dynasties Of The Roman Empire

The combined rule of the Flavian Emperors was only 27 years, but the Flavian Emperors had a lasting impact on the new Imperial Rome. The Flavian Emperors established many of the characteristics of Roman governance that lasted well into the next century. A few of these characteristics included reforming the Roman Senate. Emperor Vespasian brought in equestrian officers who contributed vast amounts of personal wealth. He also brought in Italian provincial members who contributed local knowledge of the Roman provinces to the government administration in Rome.

Vespasian reorganized the army to ensure greater loyalty and professionalism (probably a reaction to the events of the Civil War that preceded his rule). He also increased and systematized Roman taxation. By the time Vespasian came to power, the government coffers were dangerously low mostly because of policies during the reign of Nero. Vespasian turned this around through taxes and abolishing some of Nero’s policies.

These reforms lasted well beyond the reign of the Flavian Emperors. Their policies as well as their extensive building projects left a strong legacy.

Vespasian Got His Start In The Invasion Of Britain

Vespasian is unique for being the first Roman Emperor with no aristocratic ancestry or ties to the previous Julio-Claudian dynasty. He was born in 9 AD and served as a legionary commander in the invasion of Britain in 43-44 AD. Britain was first invaded by Julius Caesar, but the conquest of Britain was achieved by Emperor Claudius in 44 AD.

Claudius’s invasion of Britain was an invasion of prestige. The invasion wasn’t necessary to increase the wealth of the Roman Empire, it wasn’t necessary to protect the Empire’s borders, and it wasn’t in response to anything done by the inhabitants of Britain. Emperor Claudius was not a well-known member of the imperial family when he came to power. He needed a way to establish himself and secure his rule as emperor.

Romans valued military achievement above all else. Great Roman leaders were expected to prove themselves first as army commanders, which is why Claudius invaded Britain.

Vespasian got his start in this invasion and continued to prove his military prowess throughout his career. He served as consul and governor of Africa and led Roman forces to put down the Jewish Revolt in the East in 66 AD.

Their Dynasty Was Built On Military Success

Vespasian built his claims as emperor on his reputation as a triumphant Roman general in putting down the rebellion in Judea. The revolt began in 66 AD. Emperor Nero sent Vespasian to Judea to put down the revolt and secure the easternmost border of the empire. Vespasian brought his son Titus with him and the two reclaimed most of Judea by 68 AD. All that was left was the capital city of Jerusalem and a few rebel strongholds, including Masada.

It was at this point that Nero committed suicide and civil war broke out in Rome. By 69 AD, the eastern legions under Vespasian’s command declared him emperor and Vespasian returned to Rome. Titus was left in Judea to finish the conquest of Jerusalem.

Titus: Destruction Of Jerusalem And The Jewish Temple

Titus became emperor upon the death of his father Vespasian in 79 AD. His reign was brief, he died suddenly in 81 AD, but he was remembered as a popular and well-liked emperor. Titus is primarily remembered for the destruction of Jerusalem and the Jewish Temple.

In 66 AD, the Jewish people revolted against the Roman Empire. They were fed up with poor Roman governance and wanted to be able to practice their traditions without Roman interference. Vespasian quickly put down most of the revolt and left it to Titus to finish the job by taking Jerusalem.

The Eruption Of Vesuvius Occurred During The Reign Of Titus

The eruption of Vesuvius in 79 AD is arguably the most famous volcanic eruption in history. It buried the cities of Pompeii and Herculaneum in tons of ash that perfectly preserved the cities to be rediscovered 1,500 years later.

Pompeii and Herculaneum were both located five miles from the volcano. It is estimated that more than 16,000 people were killed in the eruption. Titus visited the site of the disaster and personally donated large amounts of money to the survivors. The eruption came as a huge shock to the inhabitants of Rome.

While tragic, the eruption of Vesuvius preserved the city of Pompeii for future archaeologists to uncover. The city gives an unparalleled look into what daily life was like in ancient Rome. Much of the artwork and shrines were preserved, which gives insight into Roman religious practices and beliefs. The buildings and objects found as they were left when the volcano erupted, providing an understanding of Roman social, cultural, economic, and political life. To this day, about three-quarters of the city has been uncovered, leaving still more to be rediscovered.

Today, when tourists visit the ancient Forum at the heart of the city of Rome, two major monuments stand out-the Colosseum and the Arch of Titus. The Colosseum sees over 6 million visitors a year. During Roman times, the Colosseum was simply known as the Amphitheater.

Domitian constructed the Arch of Titus in 82 AD to immortalize the military accomplishments of his family. The arch commemorates the capture of Jerusalem and spoils taken from the Jewish Temple, including a prominently featured menorah. This remains the only depiction of the contents of the Jewish Temple to this day.

The Flavian Emperors And Pax Romana

Domitian was the last of the three Flavian Emperors. He ruled from 81-96 AD. He continued the policies of his father, Vespasian, and his brother, Titus. He signed a peace treaty with the Dacian king, Decebalus in 89 AD and continued to elevate equestrian officers to positions in the Roman government previously only held by members of the Senate. Unfortunately, he grew increasingly paranoid towards the end of his reign and carried out a series of executions. These led to his own assassination in 96 AD.

The Flavian Emperors took control of a Roman Empire on the brink of disaster. Through administrative reforms, vast building projects, and military action, the Flavian Emperors were able to restore a sense of stability that lasted into the 3rd century AD. The following period is known as the era of the Five Good Emperors and is a testament to the efforts of Vespasian, Titus, and Domitian. 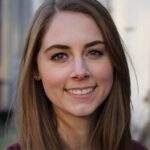 By Susan MastenMA Anthropology, BA Biblical ArchaeologySusan is a contributing author who specializes in the archaeology of the Mediterranean and the ancient Near East. She holds a M.A. in Anthropology from George Washington University and a B.A. in Biblical Archaeology from Wheaton College. She has worked with museum collections from around the world including the Smithsonian, the Israel Antiquities Authority, Hebrew University, and the Field Museum. Her main fields of interest include Greco-Roman history and archaeology, the archaeology of Israel, and museum anthropology. In her spare time, she enjoys rock climbing, watching cultural documentaries, and walking her dog, Apollo.

10 Most Important Ancient Coins Ever Minted
By Susan Masten, in Ancient History

Year of the Four Emperors: A Complete Overview