HomeAnswersHow Did Achilles Die? Let’s Look Closer at His Story 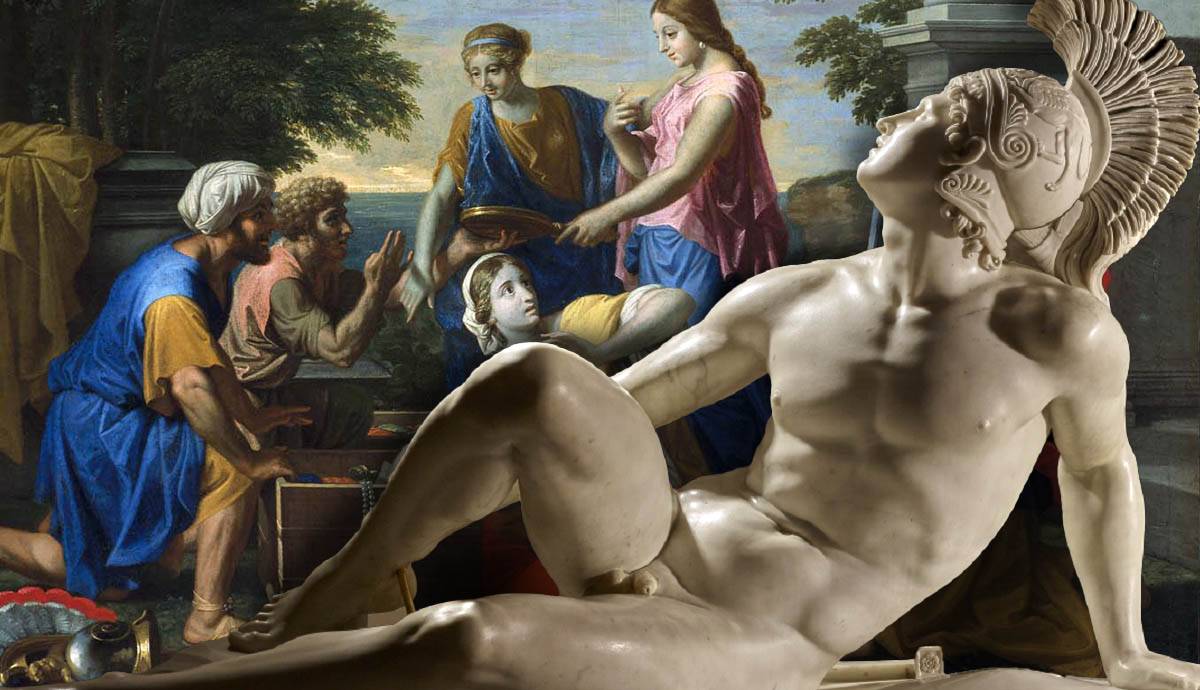 Achilles was one of the greatest warriors of Greek Mythology, and his tragic death played a vital role in his story. Almost immortal, his one weak spot was on his ankle, or ‘Achilles’ tendon, and it was this that would lead to his eventual downfall during the Trojan War. His story became a fable reminding us most people have a chink in their armour, however invincible they might seem. But what are the exact circumstances of his death, and how did he actually die? Let’s delve into the stories behind this great fictional warrior to find out more.

Achilles Died After Being Shot In the Heel

In all Greek Myths, Achilles died a horrible death. Many myths tell us he died by being shot in the back of the heel with a poisoned arrow. Ouch. It was Paris, the young prince of Troy who delivered the fatal blow. But why did Paris target the back of the ankle? In order to understand, we need to look closer at Achilles’ backstory. He was the son of Peleus, a mortal Greek king, and Thetis, an immortal sea nymph/goddess. Unfortunately he was born mortal, unlike his immortal mother, and she couldn’t bear the idea that she would eventually outlive her own son. Thetis took matters into her own hands, dipping Achilles in the magical River Styx, knowing this would give him immortality and invulnerability. So far so good, right? There was one small catch; Thesis didn’t realise the tiny part of the heel she was holding didn’t get touched by the water, so it became her son’s only weak spot, or ‘Achilles heel,’ ultimately causing his death.

Achilles Died During the Trojan War

Stories tell us that Achilles died while fighting in the Trojan War, but again, some history helps us see the bigger picture. As a boy, Achilles was fed and educated by a centaur named Chiron. This is important, because Chiron raised his young protégé to be a true warrior. Chiron fed him lion innards, she-wolf marrow and wild pig, a hearty hero’s diet that would make him big and strong. Chiron also taught him to hunt. All this meant, when the time was right, Achilles would be ready to fight. Although both Chiron and Achilles knew about his tiny weak spot, neither believed it would stop him from becoming a war hero.

His Parents Tried to Save Him

The battle of Troy was a great opportunity for Achilles to prove his might. But, being typical parents, his mum and dad wouldn’t let him go. They had been forewarned that their son would die at Troy, so they tried to stop him from ever taking part. Instead, they disguised him as a girl, hiding him on the Greek island of Skyros in amongst the daughters of King Lycomedes. How embarrassing! But the Greek kings Odysseus and Diomedes had seen another prophecy; that Achilles would help them win the Trojan war. After searching high and low, they found him in amongst the ladies, and they tricked him into revealing himself. They laid a pile of jewellery and weapons on the floor, and Achilles, being a natural warrior, immediately reached for the swords. Now he was ready to win a war.

He Died While Avenging Patroclus’ Death In the Trojan War

Achilles amassed a huge army of Myrmidions, arriving at Troy with 50 ships. The battle was long and arduous, lasting an astonishing 9 years before anything really happened. It wasn’t until the 10th year that things got ugly. First, Achilles had a falling out with the Greek King Agamemnon, and refused to fight in his army. Instead, Achilles sent his best friend Patroclus out to fight in his place, wearing his armour. Tragically, Trojan Prince Hector killed Patroclus, mistaking him for Achilles. Devastated, Achilles hunted down and killed Hector in an act of revenge. In the climax of the story, Hector’s brother Paris fired a poisoned arrow straight to Achilles’ weak spot, (finding it with the help of the god Apollo), thus forever ending the life of this once almighty hero.