Modern art was greatly influenced by the works from Africa, Asia, South America, and Oceania that were showcased in 1900s Paris. 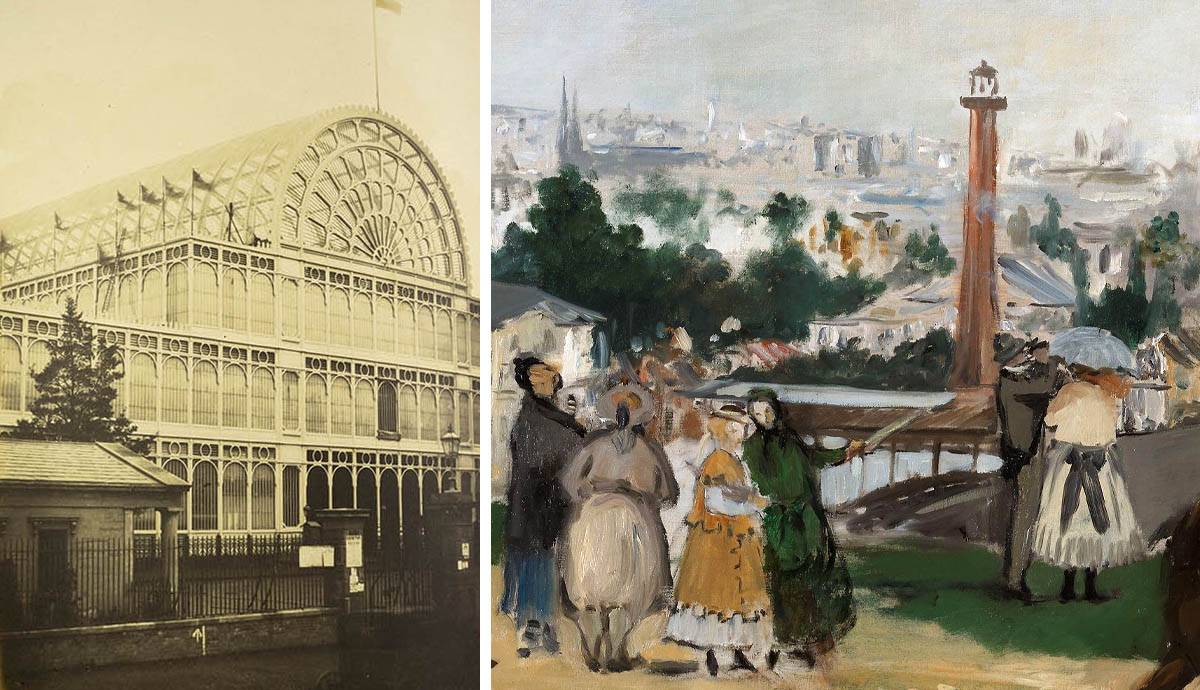 The transition from realism and traditional modes of expression to what we now know as Modern art started in the 19th century with the works of the Impressionists, a group of French painters in Paris who started breaking some of the long-standing rules of art. The multitude of dynamic movements that followed owe a lot to those initial rulebreakers, but perhaps even more to the first appearances of non-Western art in Paris at the turn of the 20th century. Movements like Cubism, Dadaism, Surrealism, and later developments in Modern and contemporary art would have looked very different if it hadn’t been for the great world expos in Paris which featured artifacts and artworks from Asia, Africa, South America, and Oceania.

First Encounters with ‘the Other’ in Modern Art

The mid-nineteenth century was marked by a growing disillusionment with the effects of the Industrial revolution. Artists and intellectuals in Europe were increasingly opting for a return to nature, both in terms of aesthetics and a desire for a simpler way of life. Orientalism, as described by Edward Said in his ground-breaking book, appeared as a tendency in art to romanticize the cultures of the East. The works of French artists like Eugene Delacroix feature idealized and often unrealistic depictions of the Orient as part of this growing interest in non-Western perspectives.

At the same time, the Western world had its first real encounter with the culture of the Far East, as Japan opened its borders to trading for the first time after two centuries of isolation. Japanese ukiyo-e prints had a profound effect on many artists, like Claude Monet, Van Gogh, Mary Kassat, and Henri de Toulouse-Lautrec. The term Japonism was coined to describe this infatuation with Japanese art, especially how the style of ukiyo-e woodcuts brought about flat surfaces and dark outlines in European painting.

Post-impressionist painters, notably Henri Matisse and Paul Gaugin, took a step further in (re)discovering what the rest of the world had to offer. While Matisse traveled to North Africa in 1912, Gaugin famously spent a number of years in Tahiti where he created some of his most famous works. Along with the general 19th-century attitude towards the overly industrialized European society and a desire to explore the primitive world, one of the key factors in Gaugin’s decision to leave France was his experience at the colonial pavilions of the 1889 Paris Exposition Universelle. The world expo format, established in the 19th century with all its colonial and often unethical underlying qualities,  would continue to shape the world of Modern art well into the 20th century.

What Are the World Expos?

The world expos were ambitious, expensive national projects which started developing in the second half of the 19th century. The Western world was celebrating the success of its industrial and technological breakthroughs, and the extent of its colonial expansion and grandiose fairs were recognized as a tool for expressing this celebration of the civilized world’s successes. One of the first instances was the Great International Exhibition in London in 1851, held in Hyde Park and organized by Prince Albert himself.

The exhibition was attended by famous intellectuals from the United Kingdom and abroad, such as Charles Darwin, Karl Marx, the writers Charles Dickens, Lewis Caroll, Charlotte Bronte, and many others. It featured some of the world’s greatest achievements in science and technology like daguerreotypes, the barometer, the Koh-i-Noor diamond, or a prototype of the fax machine. While there were some similar events in France before the Great Exhibition in London, this monumental project kick-started a whole series of similar events that became well-known all over Europe and the United States. Versions of these big events still happen today, although with slightly different undertones.

The Parisian Exposition of 1867 shifted the focus from technological advancements towards exhibiting archeological and ethnographic artifacts brought back from the colonies. Many countries followed in the next two decades, and scouts were sent to remote areas to bring back both objects and actual indigenous peoples for display in the fairs. By 1889, the Paris Exposition Universelle featured “ethnographical villages”, meaning entire communities on display for the viewers’ pleasure and anthropological curiosity. Expos in Hamburg and Dresden famously displayed exotic dancers, freaks and savages in the cities’ zoos. People were represented as commodities brought from the colonies, and the trend was justified as an educational tool and a way to teach citizens of the West about how advanced they were compared to primitive ways of life.

While anthropologists and curators of the world expos saw the primitive as an earlier, uncivilized stage of development, many artists had a more romanticized perception. Primitivism, as a tendency in Modern art, is a set of ideas rooted in the colonial way of thinking, which made an impact on many 20th century artists and modern art movements. As explained before, late 19th and early 20th-century artists were looking for ways to overcome the overly-industrialized European way of life, go back to nature, and unlearn the institutionalized and canonized principles in painting and sculpture.

The “primitive” was seen as a return to original, more fundamentally human ways of seeing the natural world. The artistic expressions of faraway cultures (namely Sub-Saharan Africa, Asia, Oceania, and the Americas) showcased an aesthetic entirely different from classicism and realism, one based on emotion, geometry, and powerful expression. In one of his essays, the German artist Paul Klee wrote about primitivism as a way of reducing the practical side of art-making to a few basic steps, a form of economy in the choice of color palettes, lines, and shapes.

Stylistic Primitivism and the African Colonial Expo of 1906

By 1906, when the African colonial exposition was held in Paris, West African artifacts were becoming an essential part of collections and modern art studios. Yoruba tribal masks and Dogon sculptures profoundly influenced the multitude of modern art movements of the time and shaped the voices of many well-known painters and sculptors, such as Pablo Picasso, Amedeo Modigliani, Constantin Brancusi, the Blue Rider (Der Blaue Reiter) group, and so on. The famous 1926 photograph of Man Ray called Black and White, features the Parisian model Kiki de Montparnasse holding one such tribal mask, illustrating just how popular these sculptures were in modern art circles at the time.

The influences of primitivism can be traced throughout 20th-century European art. Distinct features of African sculpture are visible in the artworks of Constantin Brancusi and Amedeo Modigliani, who are known to have been friends. Both artists were exposed to examples of Baule sculpture from today’s Ghana and Côte d’Ivoire sometime between 1910 and 1920. Modigliani’s female portraits with elongated necks and reduced facial features are stylized in a similar way to the African artifacts, but the resemblances are most visible in his lesser-known sculptures.

The simplicity and elegance of Brancusi’s most famous works, such as Sleeping Muse (1910) also attest to the artist’s reverence for African art. Sophie Tauber-Arp’s Dada Head (1920), although more loosely based on the original African masks and sculptures, can also be argued as an example of stylistic primitivism.

The artifacts’ effects can most clearly be seen in the development of Cubism. Pablo Picasso’s African period, as well as his masterpiece Les Demoiselles d’Avignon (1907), didn’t in fact appear until after the 1906 African expo. Picasso himself owned various objects from Sub-saharan Africa, such as the Grebo tribal mask, which can be linked to the artist’s solution of the Cubist relief Guitar (1914).

Modern Art and the Interest in Non-Western art

While the influences of African art in the works of Parisian artists are the easiest to trace, a non-selective interest in foreign cultures and artifacts was growing all around Europe in the first two decades of the 20th century. Paris hosted exhibitions of Islamic art (1904), Japanese art (1905), and ancient Iberian art (1906), but prominent museums and collectors throughout the European continent were in possession of many examples of non-Western art. The British sculptor Henry Moore was enthralled by the stone sculptures of ancient America he saw in London in 1921, which influenced his explorations of space and form in figurative works. German expressionist painters from the modern art groups the Blue Rider (Der Blaue Riter) and the Bridge (die Brücke) like Ernst Ludwig Kirchner and Franz Marc gleaned a lot from ancient Asian and Iberian art.

Hagenbeck-type colonial expos which were prominent in Germany often involved “human zoos” and exhibitions of living indigenous communities put on display for visitors to observe. As mentioned before, these were intended as educational tools, but by and large, they were unethical displays of communities that were to be considered curious, shockingly primitive, uncivilized, and even freakish. These examples of harsh “othering” influenced another form of primitivism that was important for Modern art, the primitivism within. The idea of the primitive was extended from foreign cultures to the examples of “the other” and lesser within European culture: children, women, and especially the disabled and mentally ill. The modern art movement Expressionism in particular drew heavily from the drawings of children and the ideas of altered mental states.

An entire century after the first world expos, the world is still recovering from the colonial past of the West, and all of its unethical and hegemonic practices. While it is important to understand the full socio-economic impact of the industrial and colonial expansion of Europe, an outlook on the history of world expos also helps us to better understand the dynamic artistic developments of the 20th century that led us to the world of art as we know it today. 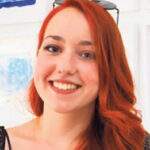 By Dunja KaranovicBA & MA Fine ArtsVisual artist and freelance journalist based between Belgrade, Serbia and Hangzhou, China. She is an MFA candidate at the China Academy of Arts, and an MA student at the Belgrade University of Arts UNESCO Chair in Cultural Policy and Management. She finished her BA at the Belgrade Faculty of Fine Arts Painting Department in 2019 in the class of professor Dobrica Bisenić. Her works have been exhibited in two solo shows and many national and international exhibitions in China and the Balkans. Her work is focused on social issues, women’s art, non-Western and community-based art practices.

Textile Art: Top 6 Artists You Should Know
By Dunja Karanovic, in Art