Paul Gauguin (1848-1903) started with Impressionism but ventured into Primitivism, Symbolism, and led the way for Fauvism. His various styles, eccentric lifestyle, and noteworthy body of work makes Gauguin a memorable character in art history. 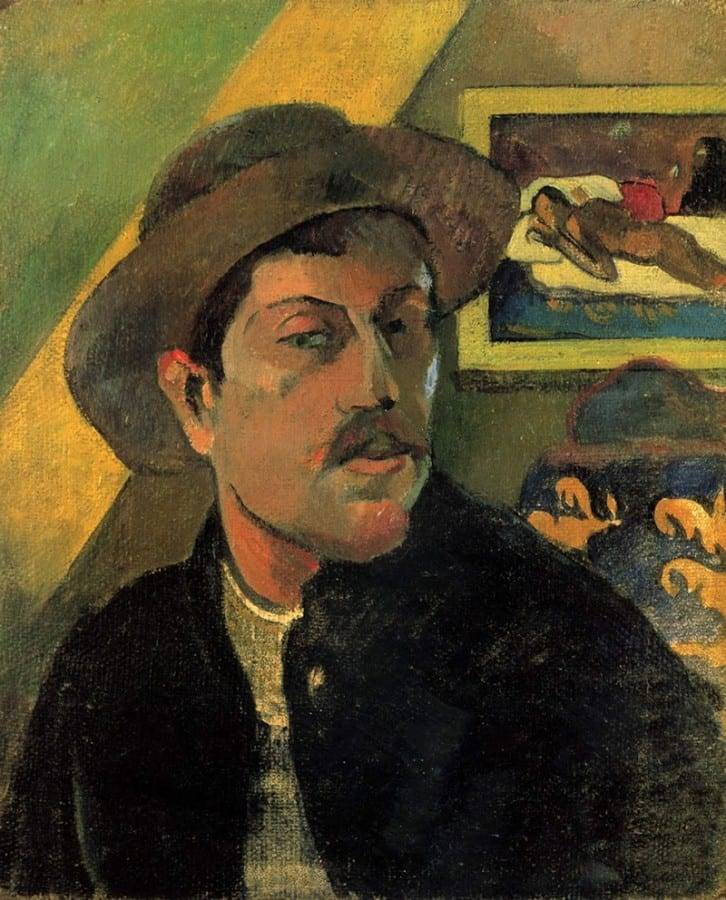 Paul Gauguin (1848-1903) started with Impressionism but ventured into Primitivism, Symbolism, and led the way for Fauvism. His various styles, eccentric lifestyle, and noteworthy body of work makes Gauguin a memorable character in art history.

Gauguin came to be known as the leader of the Symbolist movement and a catalyst of Fauvism. Still, it can be difficult to sum up Gauguin’s body of work as being part of one single movement.

He was a painter, sculptor, and print-maker, who can simply be remembered as one of the most influential French artists of his time.

Here are 7 interesting facts about Gauguin that you might have never known.

Gauguin was French but had Peruvian ancestry

Born as Eugene Henri Paul Gauguin to a French father and a Spanish-Peruvian mother, Gauguin was born in France, although his life took him to various places around the world. In fact, he was raised in Peru as a child before his family returned to France.

As his art turned more and more to primitivism, his Peruvian roots would prove to be inspirational to his work. In 1888, he explained his art as “a reasoned and frank return to the beginning, that is to say, to primitive art.”

Although Gauguin started his career as an Impressionist painter, he eventually coined the term “Synthetism” which described the way he synthesized traditional elements of his work with their emotional aspects. The stepping stone to this newfound directness can be seen in Vision After the Sermon.

Unlike many other prolific painters of his era, Gauguin didn’t begin life as a painter until the age of 35. From 17, he joined the French Merchant Marines where he spent the next few years on the open sea.

Then, his mother died in 1867 and his family fell into the custody of Gustave Arosa. Arosa was an elite businessman and avid art collector. Arosa also got Gauguin a job as a stockbroker and introduced Gauguin to his future wife Mette Sophie Gad.

As we already know, Gauguin took to art rather late in life and needed a bit of a push along the way. Artist Emile Schuffnecker was a fellow stockbroker alongside Gauguin and encouraged Gauguin to paint whenever he could.

Eventually, Gauguin would become an art collector in his own right. His collection had works by Claude Monet, Edouard Manet, Paul Cezanne, and Camille Pissaro.

By 1874, Gauguin was part of this elite circle of artists and Pissaro even took it upon herself to teach Gauguin some of her techniques. Gauguin’s work Landscape at Viroflay was eventually shown at The Salon in 1876.

Gauguin painted daily after the French stock market crash of 1882

As a stockbroker, the market crash led to Gauguin losing his job. To overcome the stress of it all and to encourage a sense of optimism, he began painting every day. Even though he enjoyed it, it didn’t have any financial returns which caused a rift between him and his wife’s family.

Still, it’s interesting to note that he took something negative and turned it into a huge body of work that’s now celebrated all over the world. How’s that for seeing the bright side?

Gauguin was included in the first Impressionist exhibition in France and his work was completely overshadowed by the success of Seurat’s A Sunday Afternoon on the Island of La Grande Jatte.

Frustrated, Gauguin moved to a Brittany region of France called Pont-Aven and later employed his sailing skills to venture to the Caribbean island of Martinique in 1887. These moves allowed him to experience the simpler life he craved as well as separate his art from the Impressionism movement.

Important work that came out of this period were Tropical Vegetation and By the Sea.

Gauguin’s travels didn’t stop there. In 1891, he moved to the island of Tahiti where he lived among the natives. He even took one of the native girls as his wife and had a child with her.

There are rumors that Gauguin was involved with Vincent van Gogh’s missing ear.

It’s safe to say that Gauguin and Van Gogh were not friends. In 1888, Van Gogh invited Gauguin to stay with him in Arles, but the two had a volatile relationship, often arguing about the true purpose of art.

Gauguin claimed that Van Gogh attacked him with a razor which led to the cutting off of his own ear, but art historians Kaufmann and Wildegans concluded that it was Gauguin who cut off Van Gogh’s ear, however not with a razor, but with a sword.

Gauguin’s painting When Will You Marry? sold for a record-breaking $300 million.

Few artists are part of the $100 million club and unfortunately, Gauguin died before he could see the day when he joined the ranks of this elite group. His painting When Will You Marry? was completed during his time in Tahiti and was sold in a private sale to a Qatar Museum.

Gauguin suffered a stroke in 1903 and therefore never benefitted from the attention his artwork later garnered. In 1906, the Salon d’Automne in Paris exhibited 227 of his paintings in his honor.