HomeCollectingTop 5 Auction Houses in the World

Top 5 Auction Houses in the World

Get to know the top 5 auction houses and what they offer. 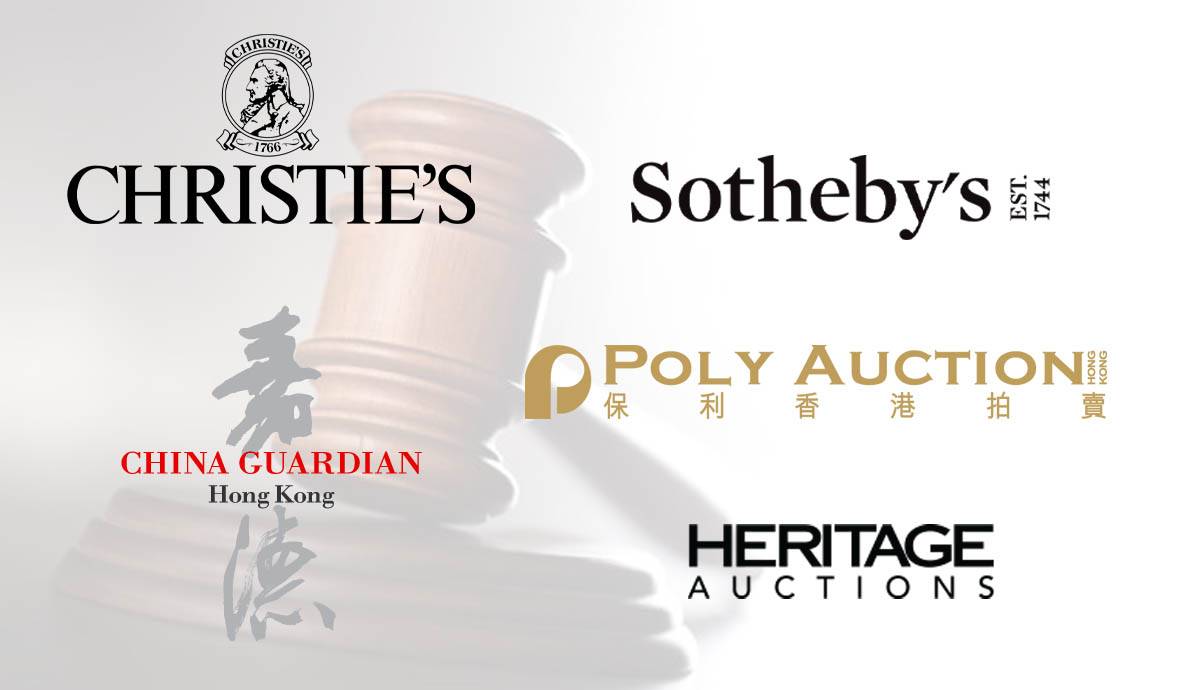 Art collectors and luxury seekers know all about auction houses. Even in the age of Amazon and online shopping, auction houses with international acclaim are still seeing record-breaking sales.

Sure, auctions are taking advantage of the internet as well, but there’s something magical and thrilling that goes along with in-person bidding wars.

So, what makes an auction house top-notch and why are some better than others? To narrow it down to only five elite auction houses, we’ve considered sales figures, item selection, and esteem.

Historic sales at China Guardian are Album of Mountains and Rivers by Qi Baishi, China’s most well-known artist coming in at $6 million as well as a rare famille-rose vase of “eight immortals” crossing the sea which was sold for an unknown amount.

Throughout its 26-year history, China Guardian has held more than 1,200 auctions with a sales volume reaching more than 50 billion yuan. The auction house broke regional records with its sale of Ming Dynasty painter Qiu Ying’s Red Cliff when it sold for over $10 million.

In the Asian market, China Guardian was beaten out by Poly International Auction Company in the mid-2000s but the auction house continues to expand its collections and feed China’s hunger for luxury.

With only a short history compared to old-timers like Sotheby’s and Christie’s, Heritage Auctions is now established as the world’s largest collectibles house. The auction house is unique in two ways: from its collections and its headquarters.

First is due to its specialized collections complete with rare coins, Western art, vintage comics, jewelry and watches, books and manuscripts, Civil War memorabilia, space memorabilia – the list goes on.

Another reason Heritage Auctions is unique is the fact that it’s the only auction house that was created on American soil while also never moving its headquarters overseas. Plus, although Heritage Auctions has satellite offices worldwide, many of its sales take place online, with nearly half the money it earns coming from e-commerce transactions.

With yearly earnings reaching nearly $1 billion, Heritage Auctions has seen some impressive sales – like a rare 1792 penny, the first to ever be created by the Philadelphia mint, sold by the auction house for $1.2 million, and a collection of Lalique crystals which sold for $1.7 million.

Even as a “new kid on the block”, Heritage Auctions has proved its worth as one of the top auction houses in the world.

Outshining China Guardian to become the most influential auction house in mainland China, the Beijing Poly International Auction Company has an emphasis on modern and contemporary art and is leading the way in the Asian market.

Poly International has expanded to Shanghai, Japan, Taiwan, and the U.S. and grosses billions of dollars in sales each year. Some noteworthy sales include The Jade Dragon auctioned for up to $12 million in 2013 and Qi Baishi’s Album of Insects which sold for $18 million in 2015.

It’s undeniable that the Beijing Poly International Auction Company is not only stirring the art world pot in Asia but around the world and we’re sure to see more from this strong state-holding company. They’re growing quickly and show no signs of slowing down.

Now, Sotheby’s holds auctions in ten different salesrooms, has offices in 40 countries, and sells items in over 70 categories, including fine art, retail, diamonds, automobiles, and wine.

Notable sales include Andy Warhol’s Orange Marilyn for $17,327,500 in 1998, Edvard Munch’s masterpiece The Scream, which sold for an, at the time, record-breaking $119,922,500 in 2012, and collections from Greta Garbo, Jacqueline Kennedy Onassis, the Duke and Duchess of Windsor, Gianni Versace, and David Bowie.

Sotheby’s Museum Network was launched in response to advances in technology as a collection of video content and the auction house has presented a growing number of online-only sales. As the company continues to acquire businesses and prestige, it seems that Sotheby’s will continue to retain its status as a household name.

It’s well-known that Christie’s is the world’s top auction house in various respects. It has 85 offices in 43 countries and its main auction room in South Kensington is the busiest in the world.

From selling Marilyn Monroe’s Jean Louis gown she wore while serenading President Kennedy with a famously sultry rendition of “Happy Birthday” to Salvator Mundi, the painting attributed to Leonardo da Vinci which became the most expensive piece of art ever sold, it’s clear why Christie’s is the ultimate art auction house.

In 2016, Christie’s celebrated its 250th anniversary and has broken countless records over the years. Notably, sales at the Rockefeller collection auction at Christie’s became the most significant charity auction ever staged, coming in at $832.6 million.

With the rise of e-commerce, Christie’s has established an online auction service and clients are learning the trust this new medium. Still, the thrill and excitement of a live auction at Christie’s with some of history’s most treasured collectibles is something that can’t be replaced.

9 Lesser-Known Paintings By Edvard Munch (Other Than The Scream)

The Mystery behind DaVinci’s Salvator Mundi