These days, we might take for granted paintings that realistically depict life. After all, much of our modern lives are reflected in actual photographs of people and places. 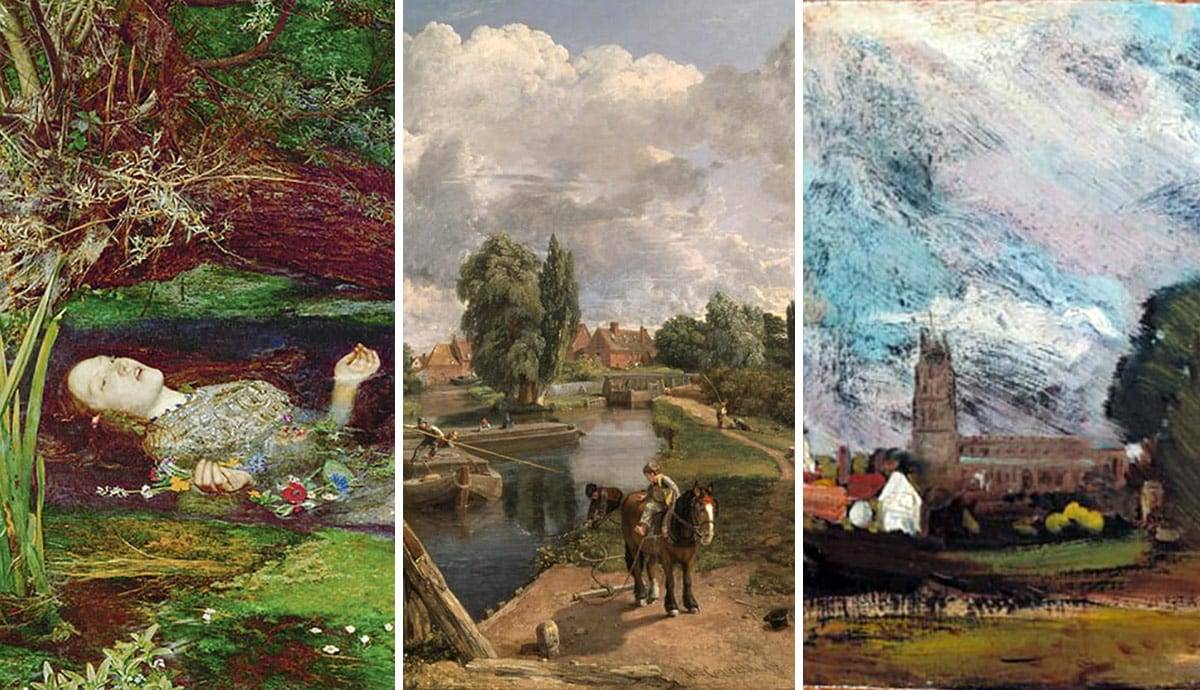 These days, we might take for granted paintings that realistically depict life. After all, much of our modern lives are reflected in actual photographs of people and places.

But, re-creating images as we truly see them is a relatively recent concept. Before the advent of naturalism and realism which led to impressionism, romanticized versions of the world around us was commonplace in the art world.

Still, the terms can be confusing as they are all closely related and, at times, the movements even overlap. Here, we explain naturalism, realism, and impressionist, their similarities and differences, and how they worked together to shape art history.

Naturalism came about in the 19th century and marked a shift toward representing subjects closer to the way we actually see them. Beforehand, art would represent people or landscapes in a stylized or idealistic way.

Leading the way for off-shoots such as rural naturalism and plein air styles. Naturalism was an attempt to represent life as it was. Rural naturalism refers to scenes of rural life while plein air refers to outdoor scenes. Some of these naturalist paintings, when seen at a glance, can look like photographs because of how realistic they seem.

Realism can be defined by a few characteristics. Realist paintings, which began to appear in the mid-19th century, depict everyday life and generally look almost photographic. Realism attempts to forego all stylization for a grittier view of the world.

Paintings of the realism movement include rural landscapes and working-class life. They also feature people in cafes, life on city streets, and a more frankness about the human body and sexuality. As opposed to the religious and mythological undertones of earlier eras, realism tried to take all the artificial out of art.

The term realism was coined by the French novelist Champfleury sometime in the 1840s and has been exemplified in the work of Gustave Courbet, John Everett Millais, and Jean-Francois Millet.

Developed in France during the 1800s, Impressionism is characterized by painting “on the fly”, usually outdoors, rather than in a studio using sketches. Generally, impressionist paintings depicted landscapes with the desire to paint what was seen in as realistic a way as possible.

But, artists like Pierre-Auguste Renoir often used the impressionist style to paint lively city scenes full of people, asserting that landscapes weren’t the only subject-matter that impressionists were limited to.

Claude Monet led the impressionist movement along with other Paris-based artists as well as painters like John Constable from Britain. The turning point from realism to impressionism was the use of light.

Artists were finding that painting outside, quickly and in the moment, gave them a chance to understand light and the way it affects color. Brushstrokes became more rapid and broken, representing how light offers a fleeting quality to what we see.

What Do They Have in Common?

These art movements all had the same goal: to portray life as it really was. All three of these movements started in the 19th century and dispelled the idea of high art and the academic nature of art at the time.

When looking at the work that came out of these three movements, you can see obvious similarities between them. Large landscapes, true-to-life expression, and the doing away with romanticized versions of everyday life that dominated the Renaissance and other earlier artist periods.

What Makes These Movements Different?

So, as you can see, these three movements are incredibly similar. How can we tell them apart? What distinguishes one from another?

Naturalism and realism are the most closely related, of the three. It could be said that naturalism is a form of realism since realism tends to show up in waves throughout the history of art.

The main difference is that naturalism typically refers to things in their natural state while realism can refer to anything, so long as it’s a real representation of that thing. For example, Ophelia depicts the Shakespearean fictional character, yet it’s painted in the realism style.

Therefore, naturalism paintings are often rural, unassuming, and sometimes sentimental. Realism seems to have a wider range, hence why it could be considered the umbrella under which naturalism falls.

Then there’s impressionism which took the use of light and color in an entirely new direction. Impressionism tends to be more colorful, hardly ever using browns and blacks. The shorter brush strokes also give impressionist paintings a distinctive feel.

Plus, the way that impressionists worked in real-time versus in studios from sketches is another way impressionism separates itself from the others.

How Do Naturalism, Realism, and Impressionism Work Together?

Naturalism and realism worked together to lead to the impressionist movement.

These three movements worked together to create most of the artwork that came out of the 19th century. By completely turning their backs on what was expected of classical painting, the realism, naturalism, and impressionist painters depicted what they saw in the world around them, not what they wished they’d seen or what they imagined.

No longer were romantic sentiments and imaginary fantasies the only inspiration for great work. Thanks to naturalism, realism, and impressionism, reality became a central theme in the art world.

Leading the way to art as we see it today, these movements opened the door to modern realism and post-Impressionism styles such as is seen in the works of Vincent van Gogh and Paul Gaugin, just to name a few.