Dating Roman coins can be challenging considering the Roman’s complex monetary system. Here we discuss a few numismatic methods that can help you identify and date your coin. 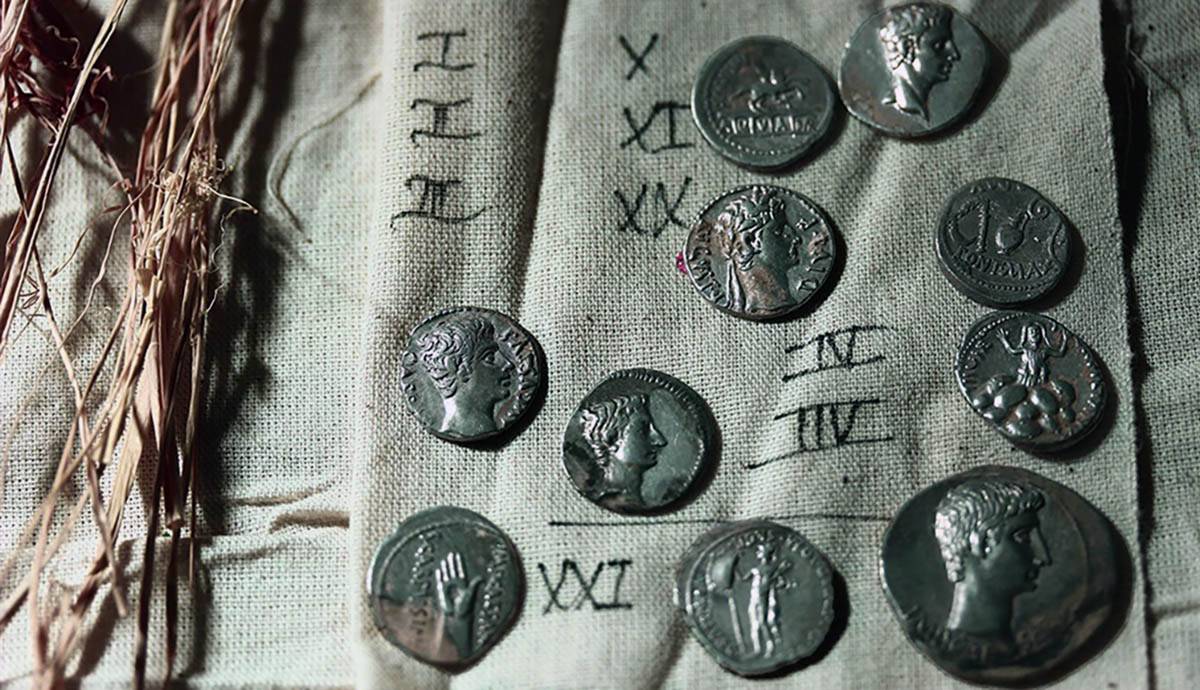 Identifying and dating Roman coins is a complex process. Roman monetary system was changing and evolving constantly during their impressive long rule in Europe and the Middle East. Millions of coins have been excavated and are still being discovered every day, so it can be challenging to determine the type and age of a coin. Here we’ll discuss a few basic methods numismatists use that can help identify and date coins.

Use Proper Literature To Identify and Date Roman Coins

Before analyzing your coin, make sure to arm yourself with proper tools. For numismatists (scholars that study historical currencies) those tools are manuals, catalogs and online databases. If you’re an absolute beginner, I would recommend reading a couple of books or papers on Roman coinage to familiarize yourself with terminology, denominations, and general rules. A great way to start is to check out the Digital Library Numis, an excellent research tool that contains a huge number of numismatics books, papers and manuals.

There are two other online coin databases I would recommend to collectors. WildWinds offers an extensive catalogue on both Republican and Imperial coinage, along with useful links and literature recommendations. OCRE (Online Coins of the Roman Empire) provides links to museum collections and maps as well as a catalogue of imperial coins.

Roman coins are extremely popular among collectors and there are a huge number of online sources (websites, auctions, forums, etc.) providing tips on identifying and dating coins. However, I would advise caution when consulting these sources. Even though there are many collectors that are very knowledgeable about Roman and Greek coinage, you should rely primarily on works by historians and scholars, especially if you’re a beginner.

When analyzing your coin, be sure to write down everything you can see on the obverse (front side) and the reverse (back side) of your coin. The common elements of the obverse are the head/bust (usually of an emperor or a prominent Roman), the legend (inscribed words), the field (the space around the bust) and the frame (a beaded line that frames the legend and the image).

Start with the legend. If all the letters are clearly visible, half of your work is already done. The legend usually contains the name of the person depicted on the coin and his titles. If you can read the legend, you can use the databases to find the equivalent to your coin. Remember that the Romans used abbreviations to save space, so consult your manuals to work out the text.

So, you immediately know that your coin was made during the reign of Trajan, who was an emperor from 98 to 117. However, you can further narrow the dating, based on Trajan’s titles. If you do some research, you’ll find out that the emperor received the titles Germanicus and Dacicus in 97 and 102, and his sixth consulship in 112. Now you can conclude that your coin was made between 112 and 117.

Another advice is to pay attention to the style of letters. It can help you determine at least a general era. For instance, if you notice that the letter N on your coin looks like the Roman numeral two (II), your coin was probably made during the Constantinian dynasty era, in the Late Roman Empire period.

Sometimes you can use the image to narrow the dating. Radiant crowns, for example, started appearing on coins from the middle of the 1st century AD onwards. If you see a bearded emperor on the obverse, it means that your coin should be dated to a period from Emperor Hadrian’s reign onwards (117 – 138).

Elaborate busts of emperors, dressed in armor are considered typical for the late 3rd century AD, and the armored emperors first started to appear on the coin from the reign of Trajan. Sometimes the number of dots depicted on the emperor’s diadem can help you determine the emperor and/or the century. It’s not impossible to identify and date your coin based on the image, but it does require a lot of research.

It’s possible to broadly date your coin based on denomination (which is based on the coins weight and diameter). However, this method is challenging even to experienced collectors and numismatists. The denominations of Roman coinage changed many times throughout their history and there are still some uncertainties and unanswered questions. A better approach is to date your coin using obverse and reverse elements, and then establish a denomination. When you’ve figured out a date of your coin, use your manuals to research the denominations that were valid in that period.

A reverse can sometimes be your best friend when it comes to dating your coin. A legend on the reverse can be specific to an era, such as SC (Senatus Consulto).

This abbreviation went out of use in the late 3rd century AD, so if you’ve got a coin with SC, you can be sure it was made before the end of that century.

Sometimes the titles of the emperors are inscribed on the reverse, so look out for that and be careful to research them properly. Imperial coins often have mint marks in their exergue (bottom of the coin, below the image).

The mint mark consists of two elements: the abbreviated name of the city in which the mint operated and the letter of the officina (workshop) that made the specific coin. Recognizing the mint and the officina can help you date your coin. The mint in the Roman town of Siscia was established during the reign of emperor Gallienus (253 – 268), so if you’ve got a coin with a mark of Siscia (usually SIS or SISC), you’ll know the coin can’t be older than the middle of the 3rd century.

If you conduct even more research, you can find information about operating years of particular officina, so you can be precise in your dating. Here’s a fairly detailed list of Roman mintmarks with their dates of operation.

Images on the reverse can help in some cases, but there are too many types and variations to date your coin based on just the reverse imagery. It can help you narrow the dating, if you’ve already established the general period or the reign of a certain emperor.

A great advantage is to know from the start if you have a Republican or Imperial coin. It will simplify your research. Republican and Imperial coins differ in some elements, but bear in mind that there are many variations of Roman coins and exceptions are common. These next few tips are general guidelines, not a rule. You’ll still have to confirm the dating with research and analysis.

Republican coins are generally larger and heavier. Late Imperial coins tend to be small and light. Due to the decline of the economy, it was important to conserve the amount of precious metals in coinage.

The legends on the Republican coins are much shorter (there are even coins without legends) and the images are not as elaborate or detailed. The obverse often depicts a head of a deity in an en face view. A common motif on the reverse is some mythological scene, such as a she wolf feeding Remus and Romulus.

I hope you find these tips helpful. If you do, make sure to share this article with your friends. Good luck!

By Tea FumićMA HistoryTea Fumić holds an MA in History and worked as a field archaeologist, curator and museum educator. She specializes in researching and writing about ancient civilizations, religions and mythologies. Her areas of expertise are auxiliary historical sciences, mainly numismatics and epigraphy.

Emperor Trajan: Optimus Princeps And Builder Of An Empire