The outcome of World War II could have been different had Hitler invaded Britain. But why didn’t he? Read on to find out more.

Can you imagine the Nazi flag flying over Buckingham Palace? Luckily, World War II did not end that way. In 1940, Hitler’s Nazi Germany was on the rise. Its military power was frightening, but was it powerful enough to cross the channel? After a shameful defeat at the Battle for France in 1940, the British army was in shambles. What appeared to be the only obstacle between Britain and the German army was the English channel.

In autumn 1939, the British government decided to send expeditionary forces to France. Their mission was to defend the Franco-Belgian border from the imminent German attack. The Battle for France ended before it started. At the Ardennes Forest, the German army delivered a textbook execution of the blitzkrieg movement by penetrating the weakest spot of the French defensive line at the town of Sedan. At the time, the bulk of the British Expeditionary Forces defended the northern sector of the Franco-Belgian border. The allies expected a direct attack on their lines (like in World War I), but this did not happen.

The allied forces numbered more than 3.200.000 troops during the Battle for France. When the German Army broke through the Ardennes Forest, it encircled the vast majority of these forces. This was one of the largest encirclements of World War II. The German tanks spearheaded the attack, pushing the enemy to the channel’s shores. As they fell back, the British soldiers left most of their equipment behind. At Dunkirk, the British army was trapped and expected final destruction. However, the final German attack never came.

The most probable reason was that the German Army had overstretched its supply lines. The Germans did not have substantial resources to fight an urban battle against thousands of British and French troops. The fast movement of the German forces had its negative side as the supply lines could not keep up with the speed of combat units. As they re-established their supply lines, the Luftwaffe conducted frequent air attacks.

This delay bought time for the British government to organize the rescue mission called “Operation Dynamo”. Cruisers, Destroyers, Troop ships, and even civilian ships took part in this mission. For the first time in World War II, the Royal Air Force had an essential role in a large-scale operation. The operation was a massive undertaking that evacuated 330,000 allied troops within nine days. Even if they lost most of the equipment, these troops were trained soldiers and would present a formidable force from then on. At Dunkirk, the Germans missed an excellent opportunity to destroy the British army and invade the British islands.

After the evacuation of Dunkirk, the British government began preparations for an expected German invasion. The country prepared rationing orders for the civilian population and made plans to evacuate the children to the deep countryside. The military defensive strategy had the British intelligence “feeding” the Germans with incorrect information. Furthermore, the British Engineer Corps built anti-invasion obstacles on beaches and possible landing sites. These actions were good on paper, but Britain was on the brink of collapse. The truth was that there were not enough resources to defend the whole island.

The lack of a trained workforce was also a problem. Interestingly, civilian volunteers with improvised weapons and no proper training formed the Home Guard. People also gave their metal pans and utensils. The melted metal helped make fighter planes. The only thing that kept Britain safe was the Royal Navy and the Royal Air Force. In these desperate times, Winston Churchill’s leadership and bold rhetorics kept the morale high and intimidated the Germans.

The British anti-invasion preparations were weak and the army was depleted. However, the Royal Navy, the most powerful navy of the time, still ruled the channel. Unable to face the British with cruisers and battleships, Nazi Germany began mass-producing U-Boats. Britain was relying heavily on imported goods, and a lot came from Canada and the USA. During World War II, the allied shipping suffered high losses due to German submarine attacks. Despite the high losses, a substantial number of ships still reached Britain. In the end, the German could not produce the submarines needed to control the North Atlantic and the La Manche channel. Furthermore, Hitler’s tendency to build battleships diverted much-needed resources that would have otherwise gone towards the production of U-Boats.

Either way, the German navy did not have enough ships or submarines to dominate the channel and this was one of the main reasons why Hitler was hesitating to invade Britain.

Hitler’s Mistake in the Battle for Britain

Herman Goering, the Head of the German Air Force, convinced Hitler that a massive aerial bombing campaign could destroy Britain’s air power. Goering also believed that the bombing campaign would cause Britain to surrender. The attacks began in July 1940 with the purpose of destroying the Royal Air Force. At first, the Germans bombed British supply lines, ships, radar stations, airfields, and hangars with great success. If they kept doing that, they might have destroyed the Royal Air Force’s capacity to fight. However, one mistake decided the battle’s outcome. A single German He-111 bomber dropped bombs over London by mistake. After this incident, Hitler diverted all attacks to London. He hoped that terror could destroy Britain’s will to fight. Needless to say, he was wrong.

Hitler’s mistake gave the Royal Air Force time to re-equip and re-arm as the German airforce was faced with the surprising capabilities of the Supermarine Spitfire. Although this British aircraft had similar characteristics to the German Messerschmitt Bf-109 it had one key advantage: it could outturn every German aircraft.

An additional British advantage was that the Germans had enough fuel only for 15 minutes of a dog fight over London. The German inability to destroy the Royal Air Force was another reason why Hitler did not invade Britain. Nazi Germany lost the Battle of Britain. The Germans did not have naval or air supremacy. These two aspects were vital for conducting a seaborne invasion. Hitler was furious with Goering and was looking elsewhere on the world map. When Goering asked one of his pilots what they would need to win the Battle of Britain, the pilot answered: “I should like an outfit of Spitfires for my squadron.”

Perhaps Hitler’s intention to go east was a good enough reason not to invade Britain. Hitler openly hated communists. He criticized and demoralized other races and cultures and held a vast contempt and hatred against Slavic people. For him, the Slavs were mere peasants and pagans. Contrarily, Hitler respected western cultures, and even though he hated monarchists and capitalists, he also respected and, in some way, envied them. During World War II, Nazi Germany’s concept of “Living Space” was radicalized by Adolf Hitler and Heinrich Himmler (the leading architect of the Holocaust). The idea represented the German people’s need for living space. This endeavor was Nazi Germany’s justification for territorial expansion towards Eastern Europe as the ideal “necessary” living space. This expansion also meant permanently removing the population that already lived there. Nevertheless, Hitler was eager to expand his empire. After failing to achieve naval and air supremacy over the British channel, he diverted his forces eastwards, attacking the Soviet Union in the summer of 1941. Nazi Germany was not capable of fighting two fronts. The scenario of an invasion of the British Isles disappeared when Hitler attacked the Soviet Union. Besides, the most precious resource for fighting a war was oil, and there was plenty of oil in the Caucasus’ oil fields.

The Nazi connections to the British Royal Family were among the most controversial speculations of World War II. The Duke of Windsor, Edward VIII (king of Britain until his abdication in 1936), was a well-known Nazi sympathizer. After the abdication, he still had an important role within the Royal family. However, he conspired with the Nazis to overthrow the British government. Allegedly, Hitler hoped that with the duke’s help, he could replace Winston Churchill and install a pro-Nazi puppet government. These connections created numerous conspiracy theories. One of them was that Hitler had mutual relatives with the Royal Family and intentionally did not invade Britain. Another view was that he appreciated and respected the crown and did not want to wage war against it. Even though these theories were not real, Hitler maintained contact with Edward VIII but without any real success as the Royal Family stationed the Duke as the Governor of the Bahamas for the rest of World War II.

In conclusion, although in 1940, a Nazi invasion of Britain seemed inevitable, it wasn’t. Hitler’s intention met Winston Churchill’s rhetoric that boosted the British morale, as well as the Royal Navy and the Royal Air Force which made it impossible to cross the channel. In the end, Hitler’s intentions drifted towards the east. 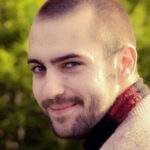 By Dimitar DanevskiBA Defense & Peace Studies Dimitar holds a BA in Defense and Peace Studies from the Ss. Cyril and Methodius University in Skopje, North Macedonia. He worked as an advisor in the Department of Defense of North Macedonia and has a deep interest in the World War II era. His interests span from military philosophy to the in-depth analysis of military tanks, battles, and especially WWII military aviation. In his spare time, he builds model kits and plays blues guitar with his band.

The Women of the Red Army & Their Role in WWII
By Dimitar Danevski, in Stories