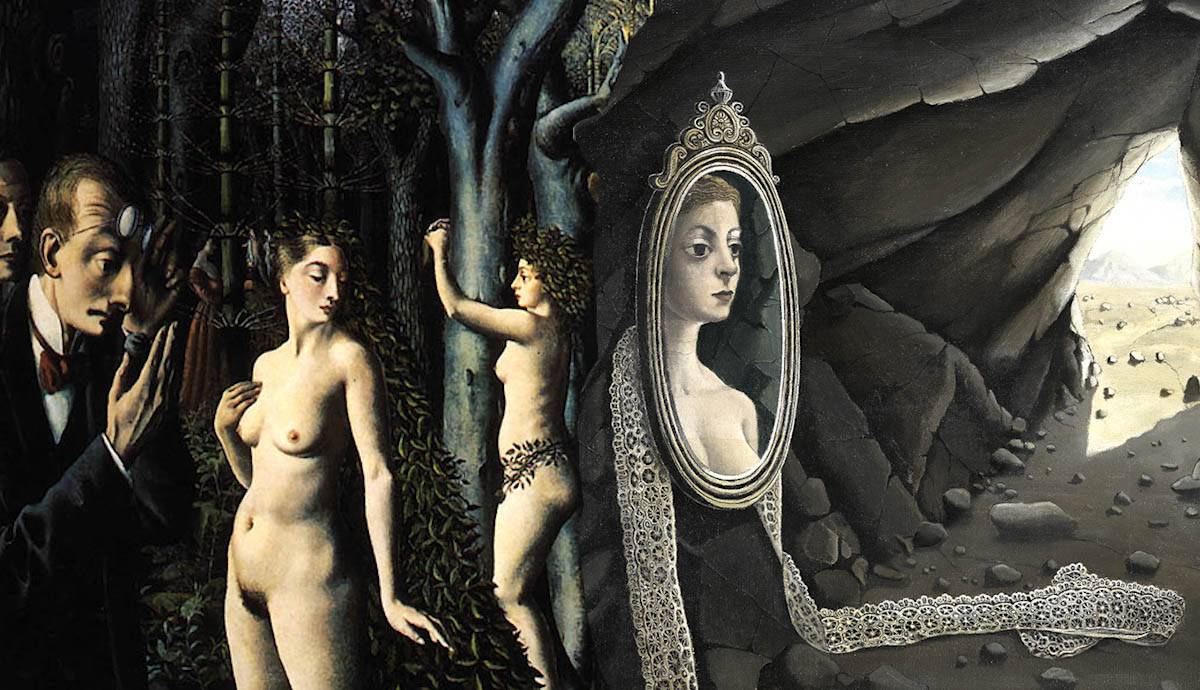 Comparing the Marvel Cinematic Universe (MCU) to any other property today seems ludicrous. After making more than $23 billion in the box office worldwide, there has never been something quite as big and spectacular as what Marvel Studios has crafted. Or has it? If I told you that almost a century ago, in the lowlands of Belgium and plastered on a canvas, a precursor of the MCU was boiling, would you believe it? What if someone had the same ambition to create a massive world where dozens of characters and places coexisted? But instead of connecting them through narrative storytelling, themes and feelings web them together. Paul Delvaux was such a creator, and through his work, he changed the landscape of Surrealism forever.

Paul Delvaux was born back in 1897 in Wanze, Belgium and came from a family of lawyers. He was born amid the technological revolution (1869 – 1914) and was marveled by the imagination and inventions of the era. Fascinated by trains and trams, he had an overriding passion for Jules Verne’s Journey to the Center of the Earth (1864). Its fantastical world and the illustrations made by Édouard Riou influenced what was to become typical Delvauxian painting.

Paul Delvaux had to convince his father to let him enter the Royal Academy of Arts in Brussels so that he could study his passion. After a short period enrolled in architecture, Delvaux opted instead for decorative painting, from which he graduated in 1924. Initially, Paul Delvaux fit into the Expressionist movement. His work Harmony (1927) displays the dread, darkness, and strong emotions that characterized Expressionism. Nonetheless, works like Girls By The Sea (1928) are a great preview into the Belgium painter’s next phase.

Halfway through the 1930s, Delvaux discovered Surrealism through the works of fellow artist René Magritte and the metaphysic master Giorgio de Chirico. Surrealism became a revelation to Delvaux, but not in the same sense as his colleagues who carried to heart the surrealist ideology. He wasn’t interested at all in the politics of the movement; rather, it was the poetic, mysterious atmosphere and absurd logic that lured him in.

In the words of the Dutch painter, it was the techniques displayed in Surrealism that changed the whole landscape of possibilities. “When I dared to paint a Roman triumphal arch with some lamps lit on the ground, the decisive step was taken. It was for me an absolutely extraordinary revelation, a capital revelation, to understand that in this way any limitation to inventiveness would disappear.”

After Surrealism opened the doors for a canvas with no logical boundaries or universal rules, Paul Delvaux was free of everything that tied him to reality, and thus able to create something that hovers in between modernity and classes, in between dreams and privacy. To better understand Paul Delvaux’s life work, it’s imperative to know his ambitions, objectives, and feelings towards painting.

A Web of Dreams

Delvaux’s career in Surrealism can be divided into three main stages. The three stages are connected through technique and color, and are mainly webbed through personal experience, feelings, and themes. Although there are experts who decided to divide his whole iconography from two points of view (love and death), many think there are five major themes that expand through three different stages, or phases, with certain characters and elements indicating their relevance.

What Paul Delvaux was already hinting at in his Expressionist work became the cornerstone of his universe. Delvaux visited a brothel in his young adulthood, and what he saw there became the origin of his female obsession. The brothel gave free rein for his imagination to delve into subjects that until then were forbidden to someone from such a conservative background. He represents couples in strangely uncommon positions, posing in front of the artist or walking indifferently to those who contemplate them.

Women are the centerpiece of Paul Delvaux’s first works. They’re at the forefront of almost every painting; backgrounds have little to no weight. The female body depicted is one of pure white beauty. Although they’re not entirely identical, their facial factions are delicate, their breasts are perfectly round, and their hips have volume.

The women interact with each other in unconventional ways. There’s hardly anything sexual about surrealist nudes, but there is more affection between them than with the few male characters that appear on the canvas. Delvaux turns to lesbianism to indicate his disappointment with heterosexual relationships, which he tends to stigmatize in his works, condemning characters of the opposite sex to a lack of contact and dialogue. He loves the female so much, Delvaux purposely heightens them to a level that is unreachable by any man.

What Paul Delvaux was already nodding at in his Phase 1 Masterwork The Awakening of the Forest becomes a staple in Phase 2, especially with his Phases of the Moon trilogy. The double and mirrors echo the themes of the relationship with Paul Delvaux’s alter ego; as for the skeletons, they manifest his fascination for subverting the daily human presence. His interest in biology led him to acquire a skeleton that he always had in his studio and used as a model for his representations of skeletons in movement. Always devoid of funereal meaning, Delvaux’s skeletons seemed to be animated objects. Delvaux intended to go beyond the logical to convey bewilderment.

Jules Verne, his idol and main source of inspiration, begins to be a constant character in his paintings, often sharing the same weight as their women or skeletons. When he is not the protagonist, he appears in the background, blending in with the scenery and adopting a secondary role, but no less important, and typical behavior of humans.

Women are still the main characters in his paintings, but they’re now accompanied by secondary characters. Different male actors repeat appearances in his works, as well as the introduction of the female antagonist, the skeletons. Phase 2 not only introduces new characters but settings as well. The background evolves into delicately crafted architecture, particularly with Roman columns and hallways.

In his final and third phase, Paul Delvaux takes a step back from his subjects. Instead of placing them in the forefront, making them the main attraction of the canvas, he scatters them around and finally gives the background, the ambiance, and the architecture its deserved recognition. From the very first phase, some hints showed the surrealist potential when painting aside from the human form, and it is here, in the midst of the night with the littlest of lights, that it shines the brightest. Without deserting completely from his antique structures, trains, stations and trams fill his last phase with emotion.

These came from his travels when he used to go on vacation to his aunts’ house as a child. The incessant appearance of lamps that illuminate his works; also are the memories of the oil lamps he knew in his childhood. The key characters of his third installment are the use of iron architecture, lamp posts, or references to industrial installations, as well as the interest in peripheral places. Delvaux places them in period settings or cities of antiquity, scenes starring women waiting on platforms or in waiting rooms, perhaps for an appointment or the start of a journey.

Even though Delvaux’s work has deep roots in his memories, the third phase is the closest to home. He references his childhood memories, depicting night scenes in which girls wait in deserted stations, illustrating their fears of the adult world.

The strangeness in Delvaux’s paintings is always dressed with a marked scenography and invites the viewer to a tiny theater, where his figures are positioned with restrained sensuality and elegant solitude. The scenes are always perfectly illuminated, just like the lighting of classical cinema.

The absence of communication between characters puts them in an illogical situation, challenging the viewer to decipher what may be happening. All this epitomizes an intensely disconcerting image, which the viewer tries to apprehend but escapes irremediably. It is precisely here where the joy of his universe lies; everything seems to be recognizable but inexplicable. In the words of Paul Delvaux, “Painting is not only the pleasure of giving color to a painting. It is also the expression of a poetic feeling. The paintings speak for themselves. There are no words to explain the painting. If there were, they would be totally useless.”

Delvaux’s works takes us to a dreamlike world, with beings so isolated and self-absorbed that they seem to sleepwalk. They are figures whose eyes do not communicate anything, who seem to look at themselves from within. The universe within Delvaux’s paintings is the result of the surrealist painter’s own emotional baggage, which he transforms and disarticulates to create a new order. Surrealism became something else through Delvaux’s highly intricate vision; rather than painting the irrational, Delvaux searches for the beauty and emotion of the real world, and tinges it with disconcerting qualities of unease. 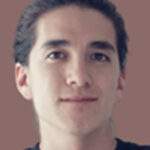 By Gabriel SanchezBA Journalism and Communications, BA Visual ArtsGabriel is a journalist and writer with a passion for the greatest of philosophical questions and a keen interest in political theory. He believes history has played a huge role in today’s environment that is often disregarded in modern society. He likes to dive deep into topics that better explain our current world.