HomePhilosophyPlato’s Theaetetus: What is True Knowledge?

Plato’s Theaetetus: What is True Knowledge?

In his famous and celebrated dialogue Theaetetus, Plato answers a supposedly simple and straightforward question: “what is knowledge?” 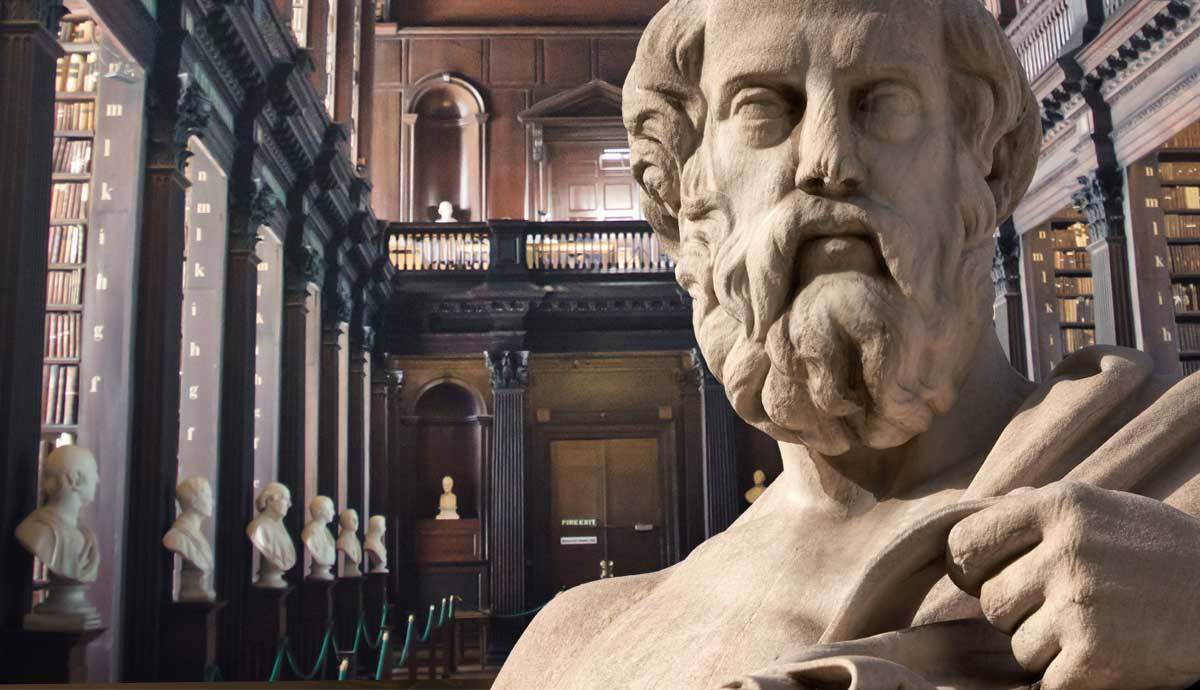 What are the main ideas in Plato’s Theaetetus, one of his most influential dialogues? In this work, Plato considers the question of knowledge directly, and consequently our understanding of the Theaetetus should inform our conception of Platonic thought more generally, as understanding the conditions of knowledge is part of understanding what it would take for Plato to demonstrate the success of his own philosophical project.

Because the dialogue is complicated and the conclusion it comes to is uncertain, this article begins by unpacking the dialogue’s ambiguous relationship to Plato’s own perspective on knowledge. It then sets out Theaetetus’ three definitions of knowledge and explains their failure within the dialogue. In doing so, an exploration of Socrates’ philosophical method and the purpose of the Theaetetus is explored in greater depth.

A Basic Overview of Plato’s Theaetetus

As all Platonic dialogues, the Theaetetus takes the form of a conversation. The debate takes place between Theaetetus, a precocious young mathematician and philosopher, his teacher Theodorus, and Socrates, and constitutes an attempt to define what knowledge is. The dialogue is dedicated to Theaetetus’ memory following his death whilst on military service.

As with several other of Plato’s works, the dialogue is framed by a prior conversation, between Eucleides and Terpison, in which Theaetetus’ bravery and intellectual prowess is praised, before Eucleides orders his slave to read from the dialogue, which it is implied that Eucleides has written. Besides functioning as a dedication, this initial section also serves to provide some distance not just from the philosophical conversation about to take place, but from the record thereof.

This is unusual; whilst in other writings Plato will subtly suggest that even the perspective he seems to sympathize with does not represent his full account of whichever subject, distancing himself even from the dialogue’s authorship should prepare an experienced reader of his work to expect whatever conclusions we might draw from the Theaetetus to be particularly provisional and uncertain.

Socrates’ Self-conception as a “Midwife”

Socrates was Plato’s teacher, and is understood to represent Plato’s own sympathies when he appears in any of Plato’s writings. However, what we find in the Theaetetus is Socrates’ claim not to be providing his own view of the topic under discussion, but merely to help his conversation partner clarify their own view.

He uses the following analogy: “You know, I suppose, that women never practice as midwives while they are still conceiving and bearing children themselves. It is only those who are past child-bearing who take this up… Artemis was responsible for this custom, because she, who undertook the patronage of childbirth, was herself childless. She didn’t, it’s true, entrust the duties of midwifery to barren women, because human nature is too weak to acquire skill where it has no experience. But she assigned the task to those who have become incapable of child-bearing through age.”

Plato’s Indirectness and His Wider Corpus

What are we to make of Plato’s suggestion that he didn’t even write this dialogue himself, along with Socrates’ claim that he is too old to come up with his own ideas? The straightforward interpretation is that Plato is uncertain about the dialogue’s results, and wants to remain neutral with respect to some of its conclusions (and, as we shall see, those conclusions are not themselves definitive).

However, to understand the progression of uncertainty within Plato’s work, it is worthwhile situating the Theaetetus in the wider Platonic corpus. Plato’s earlier dialogues tend to focus tightly on a single subject of discussion, and specifically on the attempt to define it. These dialogues are generally led, as Socrates’ midwife analogy suggests, by Socrates’ conversation partner, their attempted definition and associated (often contradictory) conceptions of that subject.

In what is often called Plato’s ‘middle period’, the dialogues become less tightly focused, and a more extensive discussion of reality in general is engaged with. The Theaetetus is generally thought to follow the Parmenides, which is arguably the climax of this second approach. Why the return to the more focused approach to a single topic? Why has Plato moved away from the certainty of this middle period, when a constructive philosophical project – an account of reality in general – is developed?

Depending on how one interprets the Theaetetus, one can view Plato as returning to his earlier approach only superficially, and continuing to construct this project. Perhaps, if we take the ‘midwife’ analogy seriously, we could see the Theaetetus as the beginning of a third stage of Plato’s authorship: having established the most important features of his philosophical system, he is now setting to work teaching it to others (albeit indirectly).

Equally, one can see Plato as abandoning the metaphysics of this middle period and satisfying himself with simpler philosophical projects; the systematic attempt at definition, rather than the creation of a system from nothing.

This is one of the main tendencies of Plato’s middle period; towards creativity, and the construction of a self-consciously original conception of reality, and away from merely forcing an aporia (contradiction) with one’s interlocutor.

Theaetetus is then persuaded to focus on the definition of knowledge directly. In doing so, he will propose three definitions of knowledge, and it is the discussion of the first definition which is most famous. Theaetetus firstly attempts to define knowledge as perception, on the grounds that “it seems to [him] that a man who knows something perceives what he knows”.

Socrates’ response to this first definition is one of the most interesting parts of this dialogue. Socrates doesn’t dispute this claim directly, but rather argues that in order to hold that ‘knowledge is perception’, one must also hold two further doctrines. First, that ‘man is the measure of all things’, which comes from Protagoras, and second that ‘all is motion and change’, a doctrine commonly accepted in prior Greek philosophy.

Socrates will go on to attack these two arguments on which Theaetetus’ definition of knowledge appears to depend, and although there isn’t space to cover his criticisms in the detail they deserve, it is worth taking some time to understand why Socrates’ approaches Theaetetus’ argument this way.

Socrates’ Criticism of the First Definition of Knowledge

In many ways, this is an exemplification of the very point of the Socratic dialogue as a philosophical method. The claim ‘knowledge is perception’ is presented as something like common sense, which is to say how things appear to be. Theaetetus explicitly acknowledges that this is how knowledge ‘seems’ to him.

Socrates’ approach is to try and get at what it would take for the way knowledge appears to actually be true, for the appearance and reality of the concept to coincide. In other words, rather than engage with Theaetetus’ definition as a claim about reality, he implicitly designates it a claim about appearance only.

The point here isn’t just to draw the distinction between appearance and reality at the earliest opportunity, but to observe something about the way concepts tend to appear to us. Namely, that they appear decontextualized, without their implications attached. One way of characterizing many of Socrates’ conversations is as a recontextualization of philosophical concepts.

That is, for instance, if I believe something will happen against all of the available evidence which might help me to make an informed decision about the likelihood of such a thing happening, and then a freak accident means that the very thing I (rather stupidly) thought would happen, happens.

Theaetetus, naturally, amends his definition, and now defines knowledge as ‘true belief with an account’ (by an account, we should understand Theaetetus to mean a good justification). This is the third definition of knowledge. As we might expect, Socrates then asks to know just what an ‘account’ could consist in.

The Ending of Plato’s Theaetetus: Towards Aporia

Three possible definitions of account (or of a good justification) are considered in the Theaetetus: of account as speech or a statement, of account as ‘enumeration of the elements’ of a certain belief, and finally of account as the ‘sign’ which differentiates a belief from anything else.

And yet the main strategies for defending it are mirrored here, especially in the last two definitions. The problems with ‘enumeration’ are, chiefly, that the elements of a belief must themselves be accounted for, as Socrates has already demonstrated by enumerating the elements of Theaetetus’ first definition of knowledge. The criterion or criteria of definition are similarly difficult to supply. Thus, the dialogue ends in aporia; a contradiction, or literally ‘no passage’, and so the day’s discussion ends.