Is Pop Music Art? Theodor Adorno and the War on Modern Music

Theodor Adorno was a big critic of popular forms of music. But does his philosophical argument hold up to today’s standards? 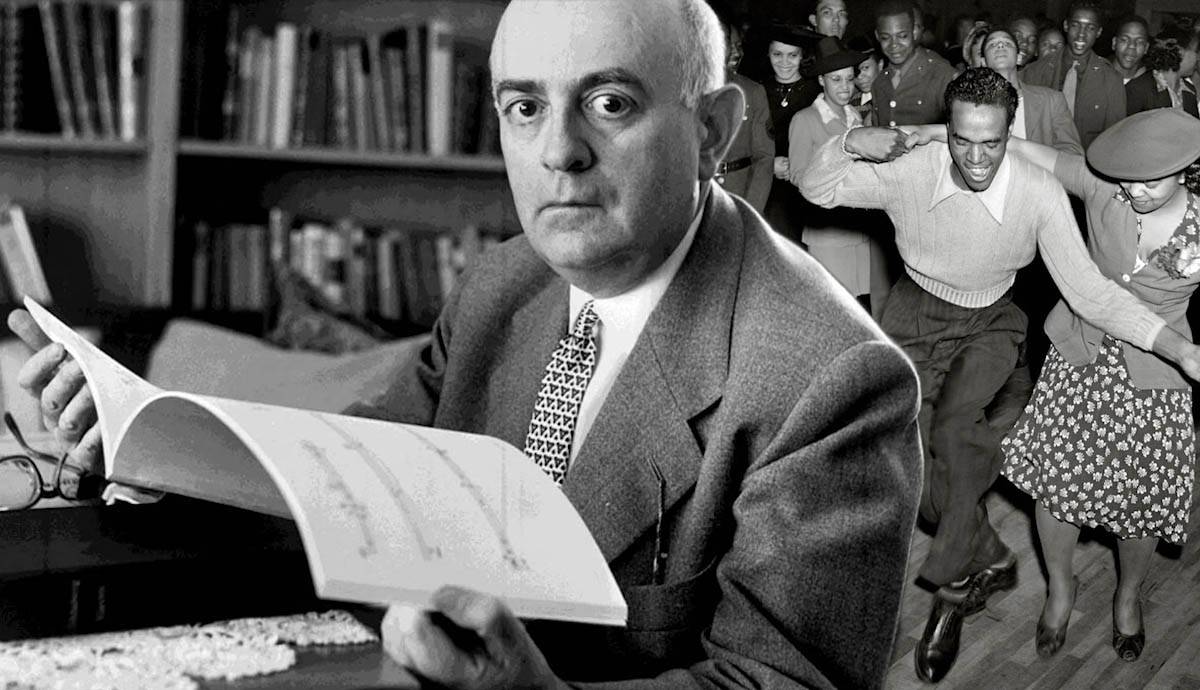 Theodor Adorno was an aspiring composer turned philosopher. It is unsurprising that he had his finger in the pie when it comes to the philosophy of music. Traditional aesthetics is very rigid and often disavowing when it comes to discussing music. The famous philosopher Immanuel Kant is largely applauded as the most influential philosopher in aesthetics. He argued in his ‘Critique of Judgement’ that all instrumental music is beautiful but ultimately trivial.

In many ways, Theodor Adorno acts as an antithesis to Kant’s stance on music, as he championed music’s potential to be a respected art form. He saw the beauty and meaning that music could hold through his own experiences. However, in the same way that Adorno broke tradition within Aesthetics, he also enforced his own rigid rules. For Adorno, the last window of worthy music was classical music in the 1910s.

Philosophy of music is often concerned with the nature of classical music. It pays little attention to more recent musical forms such as jazz or pop music. Baked into many discussions within aesthetics is a distinction between ‘serious’ and ‘popular’ music. Already we can see some elitism through characterising classical music as being ‘serious’, in contrast to its pop counterparts.

The thought was that ‘popular’ music somehow tarnishes the art of music. This may be the result of the inclusion of lyrics, the dumbed-down musical qualities, or the way in which the public enjoyed ‘popular’ music.

Why Was Adorno So Negative About Popular Music?

For Theodor Adorno, criticism of ‘popular’ music is rooted in its function for audiences. He argued that popular music could be solely characterized by ‘standardization’. In his famous paper ‘On Popular Music’, Adorno wanted to emphasise the dull nature of the verse-bridge-chorus structure of songs. This meant that nothing novel could be produced from popular music. Adorno felt popular music was ruining the way we consumed art. He believed that this standardization of music was a result of the distribution of music in capitalist society.

Adorno tried to uncover in his paper that through standardization, we have already ‘pre-consumed’ the music that we hear. Since we have been trained to look out for standard features in popular songs, we already know what to expect when we listen to them. This means that for Adorno, they fail to hold an emotional and intellectual power comparable to classical music. Nothing unexpected can occur within ‘popular’ songs. Alternatively, classical music is made to be listened to attentively, and every note matters to the totality of the piece.

Adorno’s take on popular music seems extremely at odds with how we perceive songs today. So-called ‘popular’ music holds meaningful importance to people’s lives. Just look at how concerned couples get with what song their first wedding dance will be to. What’s more, people wouldn’t get so excited about new music if it didn’t hold some kind of value! Somewhere along the lines, Adorno has gone wrong in his total disavowal of popular music.

The History of Adorno’s Claims

Perhaps we can come to a better understanding of Adorno’s perspective by considering the cultural context that surrounds his claims. Adorno published his paper in 1941. At this time, ‘popular’ music was dominated by the likes of swing, big band, jazz and country music. The highest charting original song of that year was Chattanooga Choo Choo by Glenn Miller. Even from a modern listener’s point of view, there is a noticeable similarity between plenty of the famous songs from the time. This is in part due to the domination of the popularity of swing music. The music industry looked to reproduce swing songs as it was a working formula that sold records.

This doesn’t mean that swing music is totally devoid of value! However, its domination in the charts could be a strong factor in understanding Adorno’s perspective. When mapped onto music from the time, Adorno’s claims of standardization make some sense from a modern perspective.

When I put on a swing song from the 40s, I do know what to expect when I listen to it. I must admit, most of it doesn’t do much to particularly move me. Of course, I’m writing with the bias of a 21st century perspective on music. Swing music is very far from what’s in fashion nowadays! I’m sure back in the 40s plenty of swing music was considered quite revolutionary. Upon listening to some swing music from the 40s, I have found plenty of examples of enjoyable songs worthy of artistic merit. Examples include Bugle Call Rag by The Metronome All-Stars. However, the point that the songs follow a rigid structure remains, so Adorno’s assessment is understandable.

So, what did Adorno make of jazz improvisations? Intuitively, the idea of improvisation in music appears to go against the grain of standardization. Improvisation is anything but standard! Adorno had this to say on the matter: “Even though jazz musicians still improvise in practice, their improvisations have become so ‘normalized’ as to enable a whole terminology to be developed to express the standard devices.” What Adorno is getting at here is that jazz improvisation at the time consisted of various common licks and progressions.  This made it a false sense of improvisation for Adorno. He felt that jazz performers didn’t improvise. They just regurgitated the same melodies and rhythms in various ways.

Adorno’s claims seem to make a little more sense in the light of historical context. Adorno concludes that ‘popular’ music provided nothing new or subjective to the audience. This is because music at the time fell under a standardized regiment that was largely dictated by market demands. He concluded that “[popular music] is catharsis for the masses, but catharsis which keeps them firmly in line.” Since popular music acted as nothing but unchallenging catharsis, it maintained the status quo. However, he thought classical music provided an opportunity to grapple with strong emotions such as frustration and was free from market influence.

Where Did Adorno Go Wrong?

The problem with Adorno’s claims is that he refused to see any potential in the development of popular music. The fact that popular music is shaped by the market doesn’t mean it has to fall in line with conformist mindsets. Many critics have also argued that this refusal to engage with popular music was rooted in prejudice and racism. This is because African Americans invented and dominated genres such as jazz and swing.

Had Adorno published the same arguments of standardization just fourteen years later in 1956, it would have been a different story. There would already be potent counterexamples to his arguments in the avant-garde jazz world. Cecil Taylor’s revolutionary album Jazz Advance is anything but standard. Breaking the status-quo of expected harmonies, Taylor’s work acts as a spit in the face to Adorno’s claims. Adorno could no longer argue that so-called ‘popular music’ is reliant on “primitive” harmonies. He also couldn’t argue that jazz improvisations were standard anymore. Taylor’s improvisations were anything but standard, and truly challenge his listeners to this day.

Had he waited until 1965 and the release of The Beatles’s album Rubber Soul, his argument would become less defensible. Freeform jazz legends such as Cecil Taylor didn’t reach a mainstream audience, which could make them immune from Adorno’s criticism. However, you certainly can’t argue the same for the Beatles!

Rubber Soul marked the advent of what we now recognise as the modern concept of an album. It was unexpected and rule-breaking at every turn, not just sonically through its inclusion of eastern scales, but lyrically too. The lyrical content is heavily inspired by the psychedelic counter-cultural movement.  This movement was largely antithetical to the conformist mindset that Adorno branded ‘popular’ music to adhere to.

A Modern Perspective on Adorno’s Arguments

Does the current landscape of popular music demolish Adorno’s criticism of ‘popular music’ from a 21st century perspective? It seems that Adorno’s argument from standardization still holds up when applied to some more vacuous examples of modern pop music. Take for example One Direction’s ‘Best Song Ever’, which fits perfectly into Adorno’s descriptions of the negative functions of popular music. The song provides no harmonic challenge or significant emotional weight for the listener. Its lyrics exist just to make young audiences happy. In this sense, we could aruge that its function is keeping audiences in line.

However, mindless pop songs appear a whole lot less heinous when they are no longer the only popular form of music people consume. Just look at mainstream rap artists such as Kendrick Lamar. Lamar has continually presented thoughtful critiques of capitalism within his music, such as in his acclaimed album To Pimp a Butterfly. Lamar’s album also features some challenging sonic qualities too, such as the nightmare inducing track ‘u’. Lamar and many other popular artists go against Adorno’s idea that popular music’s standardization means it exists to adhere to standards and conform.

Was Adorno Right About Popular Music?

From today’s perspective, ‘popular’ music can no longer fit into Adorno’s worldview. While lots of popular music is still standardized, that doesn’t mean some of it fails to challenge conformity. There is also no reason to distinguish ‘serious’ music from ‘popular’ music at all! As we have seen, plenty of modern music can be serious and worthy of artistic kudos.

Unfortunately, Adorno’s paper holds little philosophical interest in current discussions about music. The paper is interesting from a historical perspective and highlights considerable points about the market’s role in shaping music. However, it also uncovers Adorno’s deeply entrenched prejudice against popular music. I believe this barricaded Adorno from seeing modern music’s true potential. So please, ignore Adorno in this case, and treat modern music with the love it deserves! 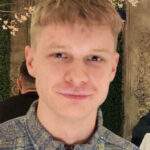 By Sam MurphyBA PhilosophySam is a philosopher with a passion for philosophy’s crossover with the world of art. His main interests include the philosophy of music, and the ideological undertones of art movements. He holds a BA in Philosophy from the University of Warwick. In his spare time, he composes music and writes about art.

Who Was Theodor W. Adorno?