HomeStoriesProhibition in the States: How America Turned Its Back on Liquor

Prohibition in the States: How America Turned Its Back on Liquor

The 1920s ushered in a new era of a dry America with the passing of the 18th amendment, enacting Prohibition in the States. But how did we get there?

The 18th amendment was proposed by Congress on December 18th, 1917, and would later be ratified on January 16th, 1919. This amendment would introduce the era of Prohibition which riddled American cities with bootleggers, speakeasies, and organized crime. How could a nation enamored by whiskey and beer outlaw it entirely? What societal factors led to a change of heart on drinking in America? It would take decades of opposition parties to gain enough momentum to convince the public that Prohibition in the States was necessary to ensure safety and prosperity in America.

America’s Love Of Liquor Before Prohibition In The States

Liquor has always been an integral part of American society. Europeans who migrated to the New World in the 1600s were already heavy drinkers. But due to the expense of imported beer and liquor, the colonists had to come up with their own way to quench their thirst. They began fermenting juice to make cider and states with a surplus of corn began transforming their crops into whiskey. So much so that there was a point where whiskey was cheaper than milk or coffee.

One of the earliest and most crucial events leading up to Prohibition in the States was the Whiskey Rebellion of 1791. The act was met with immediate disapproval as colonists refused to pay. Colonists protested this new tax and even became violent by burning down the house of a tax collector. President Washington would bring a stop to the protesting by ordering a militia to keep the peace. This rebellion set the scene for the decades to come and would make it increasingly difficult for Prohibition enthusiasts to gain a foothold.

In the 17th and 18th centuries, drinking in America was widely accepted and ingrained in nearly every aspect of society. By the late 1700s, the average colonial American consumed 3.5 gallons of alcohol every year – that’s nearly double the modern rate. Even with this extreme consumption, early American society was under the general impression that abusing alcohol was unacceptable. It was not unusual for colonial workers to grab a drink around 11 am to take a break and socialize, or even start the morning with a beer. Drunkenness was usually avoided as Americans would only drink small amounts throughout the day. This slow-paced workday was commonplace before the industrial revolution would redefine productivity.

Women And The Temperance Movement

The Temperance Movement started their nation-wide message in the 1820s by focusing on only drinking in moderation, as opposed to quitting outright. They advised against hard liquors and promoted a moral obligation to be an upstanding citizen. But in 1826, the American Temperance Society was founded and sought harsher reform and Prohibition in the States. In only 12 years the society had over 8,000 groups and 1.2 million members. The movement was able to gain some traction during its early days. Massachusetts set a precedent in 1838 by banning the sale of certain hard liquors. In 1851 Maine would follow suit by passing a law that prohibited the sale of alcohol entirely, although it was repealed the following year.

While there were some Temperance movements since the founding of the nation, the coalition gained most of its traction after the Civil War. One of the most prominent ways the Temperance Movement was able to get its message across was through the use of theater in America. Men and women wrote temperance plays and showcased them across the nation in theaters, schools, communities and churches. Most of the shows focused on similar parameters: greedy saloon owners, broken families, and drunken men. Many of these plays and short stories were performed hundreds of times across rural America. These performances were the catalyst for many American women to form and join temperance organizations, the most prominent group being the Women’s Christian Temperance Union (WCTU), who rallied for morality and family values.

While the Temperance Movement was the driving force for Prohibition in the States, they would face an uphill battle on their “dry crusade.” The Temperance Movement was a coalition of mostly women and a variety of Christian denominations who argued that drinking would lead to a slew of societal problems. Temperance leaders felt that the movement was key to women’s safety and civil rights. According to Temperance leaders, drunk men were to blame for the insurgence of domestic violence and child poverty during this era. Even drinking in moderation was not acceptable to them at this point. Any amount of liquor would lead the drinker down a dark path of poverty, crime, disease, and eventual death.

One of the most impactful leaders of this time was the president of the Woman’s Christian Temperance Union, Frances Willard. She focused on women’s suffrage, abstinence, education, and above all, Prohibition. Willard traveled over 30,000 miles and gave over 400 lectures a year to spread the ideals of temperance. In another effort to promote temperance, she published the “Home Protection Manual.” Willard argued that women needed the right to vote in order to save the sanctity of family. In doing so, Willard weaved women’s suffrage and the Temperance movement together, strengthening both causes in the process.

Changing technology and industry would lead Americans away from the farm and into the densely packed cities. Instead of leisure farm work on one’s own property, the majority of the American workforce shifted to scheduled factory life. It’s easy to see how a drunk workforce operating dangerous machinery could be an issue. One of the major figures of American industrialization, Henry Ford, was an advocate for Prohibition in the States. Ford aimed to hire only family men, who led a life free of gambling and drinking. It’s clear to see why a business owner would not want drunk employees operating heavy machinery. Wealthy businessmen like Ford had another reason to fear workers who visited the saloon. Saloons were often the meeting places for Unions.

As industrialization swept the nation, so too did labor unions. The workers in the factories, slaughterhouses, and coal mines would ban together in local taverns to discuss their demands, and if they were not met their subsequent strike procedures. Industry owners needed a way to disband these unions and get their labor force back to work. Those who owned these industries were quick to join the Anti-Saloon League.

The ASL was a key component in the fight for Prohibition in the States and gained heavy support from the Women’s Christian Temperance Union. The League was led by Wayne Wheeler, who sought to focus on Prohibition and Prohibition only. As a single-issue campaign, their message was clear – “The Saloon Must Go.” Wheeler and the ASL brought their single issue to both political parties in order to avoid partisan pursuits.

Wheeler’s tactics were so effective that the term “Wheelerism” was coined after him. Also known as Pressure Politics, these strategies relied heavily on mass media in order to convince politicians that the public was invested in the Prohibition movement. The League would go on to harass Congress and politicians alike in order to push their agenda. Throughout the early 1900s, the ASL used their power to back Democrat and Republican candidates who supported the Prohibition movement. When the 1916 election came around, the ASL had managed to create a legislative body that was two thirds in favor of Prohibition in the States.

Through the recent industrialization and improvements of the printing press, the League was able to mass-produce newspapers, leaflets, and propaganda to support their cause. Headquartered in Westerville, Ohio, the League was able to utilize the American Issue Publishing House and produce over 40 tons of mail per month. One of their most devious, yet effective tactics involved capitalizing on the fear of German-Americans during the first world war.

While support for Germans at the start of World War I was generally accepted, by 1917 the public quickly became unsupportive. German-Americans were ostracized from society and their language was banned from schools. Prominent German breweries were targeted by the Temperance movement. The ASL was able to convince the public that Germans and their beer were Anti-American and unpatriotic.

A Wave Of Immigration Aided Prohibition In The States

The most popular platform of the Women’s Christain Temperance Union was the fight against immigrant drunkenness. Used as scapegoats, immigrants would also be a huge topic in the fight for temperance. The late 19th century would see a mass influx of immigrants, mostly from Europe, who came to America for a better life and fair wages. In fact, after the Civil War, the number of immigrants more than doubled.

Organizations like the WCTU and ASL would promote the idea that immigrants were heavy drinkers. Their propaganda coupled with the waves of immigration consistently solidified Americans’ growing fears and anxieties about the shift in American culture. In turn, the WCTU and ASL would capitalize on these fears and present Prohibition in the States as the solution.

As the nation persistently watched European countries engage in bloody warfare during the First World War, anti-German sentiment sky-rocketed. Once the United States declared their entry into the war in April of 1917, the public tides turned in favor of Prohibition in the States. Due to the tireless campaigning of the ASL and extreme American patriotism, the path to Prohibition was now clear. In December of 1917, the 18th amendment was proposed by Congress and ratified the following January. 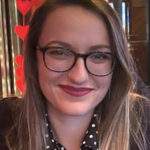 By Amanda LewisBA in HistoryAmanda is a contributing writer with a passion for history, politics, and education. I hold a BA from the University of Illinois at Chicago in History. Topics I am most passionate about include immigration, radical social movements, civil rights, religious studies, and the LGBTQIA community. In my free time, I enjoy reading, cooking, and rock climbing.