The silenced history behind the horrors of residential schools for American Indian children led to a cultural genocide that still has negative effects on Native American communities.

From the middle of the 19th century until the late 1970s, the American government decided that housing in residential schools should be compulsory. Residential schools were buildings specifically structured for Native American children. For many decades, Canada and the United States violently abducted children from their families and placed them into cold, emotionless, and abusive environments. The most famous residential schools were in Pennsylvania, Kansas, California, Oregon, and Kamloops in Canada.

What resulted in this criminal legislation was the fact that Native American culture was officially treated as a terminal disease in American society. The purpose of the residential schools was to exterminate the American Indians’ culture through the forcible assimilation of their offspring. Recent discoveries, along with thousands of indigenous testimonies (those of the survivors and the descendants of the survivors), reveal great horrors that led to a long-lasting ethnocide and cultural genocide.

“Kill the Indian, Save the Man’’

Residential schools for Native Americans existed from the beginning of America’s colonization. Christian missionaries were already organizing special schools for the indigenous people to save them from the “savagism’’ of their traditions and way of life. At first, these early Indian schools were not compulsory. Many parents were sending their children to them because of the free food, clothes, and warm buildings.

As the loathing for the indigenous people dramatically increased in the late 19th-century, intellectual reformers proposed to Congress a special and compulsory form of education to reshape the new generation of American Indians, forcibly assimilate them into the “civilized’’ society. This option was an alternative to the extermination that was already taking place towards American Indians. It was a more “humane’’ way for European Americans to get rid of the Indian “problem.” And so, they did. In 1877, the American government legalized the compulsory education of indigenous minors at the newly-built residential schools. Carlisle Indian School in Pennsylvania was one of the first residential schools opened by the government in 1879.

Thousands of children were taken from their families in the 19th century, most of them violently without the consent of both parents and children. Parents acted defensively and tried to protect their young ones, risking their own lives. In the beginning, many tribes like Hopis and Navajos would make fake promises to the police officers to slow down the assimilation process. When the officers found out their tricks, they tried other ways to take the children. Bribing the parents didn’t work, so the last option was to stop supplying indigenous communities and terrify the families with weapons.

Many parents, along with the village leaders, didn’t give up. The government ordered the arrest of many indigenous adults who were resisting the abduction of their children. In 1895, the officers arrested 19 Hopi men and prisoned them on Alcatraz because of their “murderous intentions.” In reality, these men were just opposed to the government’s plans for their children. Many families camped outside the residential schools where their children were living in the hopes of taking them back.

Children cried when entering the residential schools and wanted to return to their homes. Their cries were never heard. The emotionless environment inside the buildings made it even crueler for the children to adjust. Residential schools were places with rough training. Children’s long hair (a symbol of strength and pride in many cultures among Native American communities) was initially cut. Identical uniforms replaced their beautifully-made traditional clothes. The staff and the school teachers would mock their culture for the slightest reason.

New generations of Native Americans learned that it was shameful to be like them. They were even taught racist songs about stupid and dead American Indians, like the original “Ten Little Indians.” Their maternal language was forbidden. Their original, meaningful names were replaced by European ones. At the residential schools, children learned to prioritize material goods over human connections. They learned to celebrate people like Christopher Columbus, who harmed their tribes. Officials would handcuff and confine the unruly students in small jails.

However, indigenous students did learn useful things like reading, writing, sports, cooking, cleaning, sciences, and arts. They would make new friends for life too. Residential schools like Carlisle Indian Industrial School were considered exceptional for their sports teams and bands. Most of the remaining photographs show students happily doing all the “civilized” things European Americans had taught them. But were they really happy? Or were these photographs part of the white supremacist propaganda that white Americans spread from the beginning of their colonization?

According to the survivors, not all of their days were utterly horrible. However, this doesn’t change the fact that their childhood was shattered. Nor does this justify the atrocities that occurred. Today we surely know that the physical, emotional, verbal, and often sexual abuses children suffered overshadowed the beneficial educational parts. This resulted in ongoing generational trauma and a high mortality rate.

Indian residential schools in Canada and the USA were structured like military schools, which involved humiliating training exercises. The living conditions inside the buildings were horrid. Children were often malnourished. The food portions given to them were extremely small. They were placed into dirty and crowded rooms where they got sick with fatal diseases like tuberculosis. Medical neglect and heavy labor were the norms. Children would die from untreated infections, the unhealthy diet imposed on them, the overwork, the extreme physical abuse, or a combination of them all. Some students would die in accidents while escaping, attempting to return to their families. Officials never really cared about Indian children’s well-being, preferring to exploit them, torture them, and ruin their traditions, culture, and unique mindset. Those who survived were expected to be low-paid workers for the wealthy European Americans who had stolen their land and destroyed their childhood, mental health, and tribal traditions.

In the middle of the 20th century, most residential schools closed due to shocking reports revealing the crimes committed against the students. However, in 1958, the government found another substitute for residential schools: white American families’ adoption of Native children. Many newspapers wrote articles on the poor, lonely, orphan American Indian children saved by white families who gave them a loving home. Unfortunately, that was a story far away from reality. The adopted children were neither orphans nor unloved. They were children taken from their families who were considered unsuitable by the white American standards. Most of these families were abusive towards their adoptive children.

Indigenous communities resisted and protested in the 1960s and 1970s. In 1978, a new law, the Indian Child Welfare Act, prevented the American government from having the power to remove Native American children from their families and place them into the foster system. Despite these efforts and the success, Native American communities had already changed forever after the mandatory “education’’ at the residential schools and the adoption project. First and foremost, the new generations of indigenous people were taught to forget their roots, languages, culture, and mindset. Native American culture and population suffered irreparable damage. Even though Native American tribes united into a Pan-Indian movement that became stronger after the cultural genocide, they never managed to recover. In addition, many students of the Indian residential schools and foster homes never managed to overcome their abusive childhood. They developed severe psychological and behavioral problems that passed them on to their children, forming a vicious cycle of violence and trauma.

Graduated students of the residential schools found it difficult to adjust to American capitalist society. Even though they had learned English and European culture, European Americans still wouldn’t fully accept them. Their families also no longer accepted them because of their westernized assimilation. Thus, the new generations of Native Americans became victims of labor exploitation. Many worked in dangerous positions or underpaid jobs that nobody else was willing to do. They were living in poverty, and many developed severe depression, anxiety and personality disorders, low self-esteem, anger, alcohol or drug abuse, and suicidal tendencies.

Before the colonization era, most of the indigenous tribes were living a peaceful and open-minded way of life within their communities. After the forced assimilation projects, the crime rates among them raised sharply. Many graduates became abusive towards their children as a result of their own abuse. The recent discoveries of unknown children’s graves reveal a clearer image of the inflicted damage. Residential schools still have a significant impact upon Native American communities and the new generations. The former students of residential schools therefore still have a long way to go before they can recover. 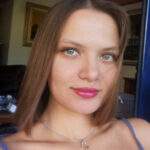 By Marietta KorfiatiBA History & Archaeology, MA in-progressMarietta earned her BA in History & Archaeology at the University of Crete. She is presently continuing her education with a master's program in History at the University of Uppsala. She is a passionate historian and author who loves reading books and watching historical documentaries, movies, and TV series. In her free time, she is an artist who loves drawing and creating vintage jewelry.

19th Century Hawaiian History: The Birthplace of US Interventionism