HomeCollecting6 of the Most Interesting Diamonds in the World

What makes a diamond interesting? Sometimes its size, sometimes its color, sometimes its historical connections– but there can be little doubt that, as a civilization, we’re surprisingly fascinated by these shiny bits of pressurized carbon.

Diamonds are shiny bits of pressurized carbons and they are some of the most expensive pieces to collect. What makes diamonds so fascinating? The size, color, or perhaps it is the historical connections. We have comprised a list of the the most intriguing diamonds from around the world. 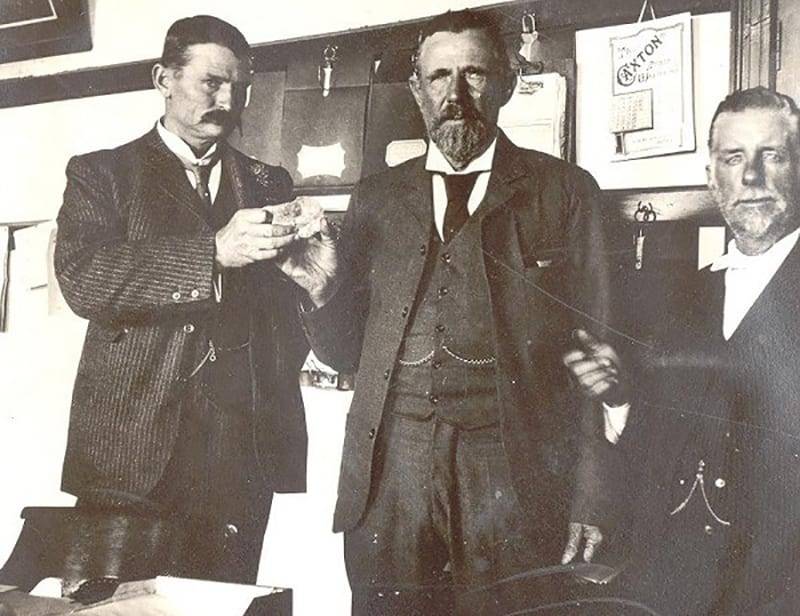 This enormous diamond was discovered in South Africa in 1905, and it is still the largest gemstone-quality diamond ever found. The piece weighed 621.35 grams. It was unsold at auction for two years, at which time it was purchased by the Transvaal Colony and given to Edward VII of the United Kingdom.

It was then cut into 105 diamonds, including nine major diamonds. These are respectively known as Cullinan I through Cullinan IX. Many of these were bought by or given to members of the British royal family, including the following two diamonds.

The Great Star of Africa (and its sister)

Now part of the Crown Jewels of England, the Great Star of Africa (also known as Cullinan I) is the largest clear cut diamond in the world, weighing in at 530.4 carats. It resides at the top of the Sovereign’s Sceptre with Cross.

Its counterpart, the Second Star of Africa (or Cullinan II), is mounted in the Imperial State Crown, which is also part of the Crown Jewels. Queen Elizabeth II personally owns several other diamonds cut from the Cullinan.

Although the tale of its discovery has been lost to history, this 105.6 carat diamond, called the “Mountain of Light,” was mined in India, where it exchanged hands for some years before the British empire seized control of the region.

It is thought to have originally been 191 carats at this time. The British monarchy took the diamond as its own, and it was re-cut into an oval brilliant in 1851 on the orders of Prince Albert.

The Koh-i-Noor is reputed to be bad luck for any man who wears it. As such, it has been worn by women since Queen Victoria first donned it in a brooch. Most recently, it has held a spot in Queen Elizabeth’s crown.

The countries of India and Pakistan have both claimed the jewel as their own, but the United Kingdom asserted its ownership of the gem via treaty and ignored their claims. In 2016, India’s solicitor general issued a statement saying that Britain was the rightful owner of the Koh-i-Noor diamond.

Thank you!
The striking blue gem is currently in the Smithsonian Museum in Washington, D.C., where it has resided since 1958. Thought to have been mined in India, the gem was given to the Sun King, Louis XIV of France, in 1668, when it weighed an astonishing 112.2 carats.

The king had it placed on a ribbon that he wore for ceremonial occasions. Looters stole the Hope Diamond in 1792 during the heat of the French Revolution. In 1812, a diamond of similar color and size turned up in London; due to the rarity of such a gem, it was widely considered to be the missing French diamond.

The jewel gets its name from its owners at the turn of the twentieth century, Henry Philip Hope and his nephew Henry Thomas Hope. A jewelry company purchased it in 1949 and donated it to the Smithsonian nine years later. In its current iteration, it weighs 45.5 carats.

This diamond is legendary– not only for its size, but also for the fact that no sightings of it have taken place since 1747.

It supposedly weighed 787 carats when it was discovered in India in 1650, but a jeweler tried to ground out its flaws instead of cutting the diamond into several smaller pieces. He did this so poorly that he reduced the stone to 280 carats.

When its final known owner, Nadir Shah, was assassinated in 1747, the diamond vanished with him. Some historians think that the Orlov Diamond, is the centerpiece gem of Russia’s Imperial Sceptre, is a fragment of the Great Mogul Diamond.

Have you ever decided to hide something valuable in a gaping wound on your body? That’s exactly what the Indian slave who found the Regent Diamond in 1698 did with all 410 carats of it.

When an English sea captain found out, he killed the slave and stole the diamond, thus beginning a string of owners that ends with the French government. Over the course of two years, it was cut to the white-blue cushion brilliant it is today, weighing in at 141 carats.

It gets its name from Philippe II, Duke of Orleans, who was the French regent when he acquired the gem. Both Louis XV and Louis XVI of France wore the Regent Diamond in their crowns, and it was also worn on a hat by Marie Antoinette.

Napoleon Bonaparte used the diamond as a centerpiece for the hilt of his sword. Today, it is on display at the Louvre with the rest of the French Royal Treasury.