Titian was one of the Renaissance' leading painters, and remains among Italy's most famous artists. His pieces are some of the world's most valuable. 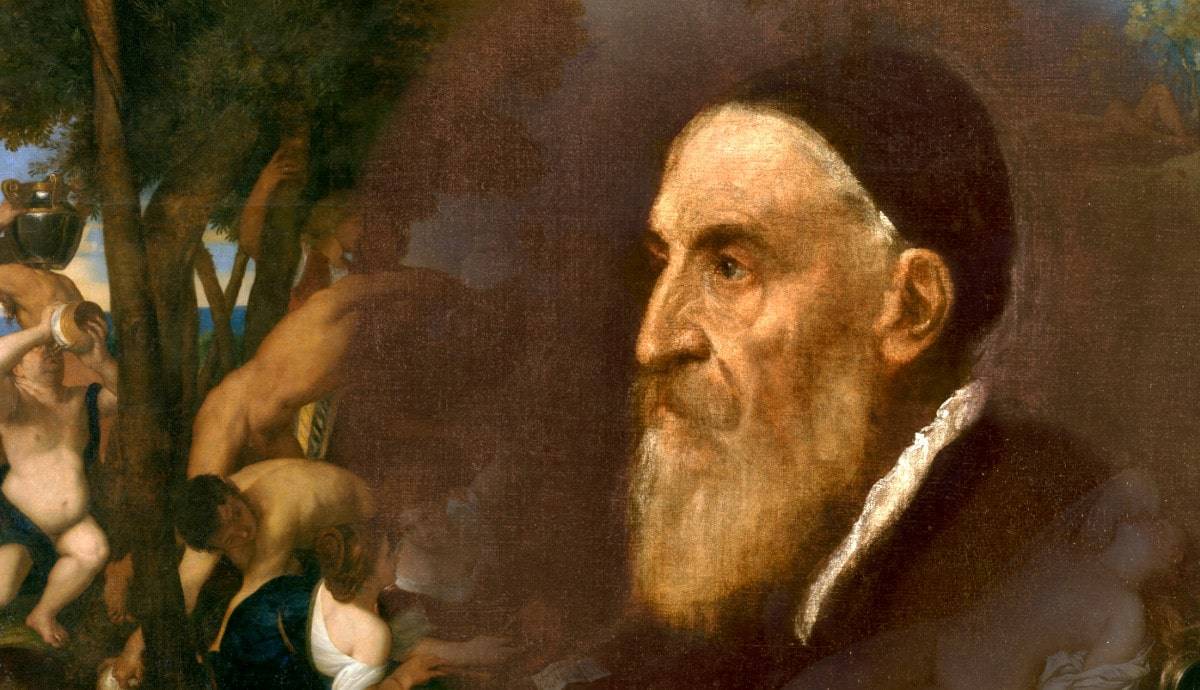 Since the Renaissance, the work of Tiziano Vecelli has been so important that the artist has joined the ranks of those so famous that they need only a single name to identify them: Madonna. Cher. Titian.

Known primarily for his revolutionary use of color and expressive brushstrokes, Titian set in motion a new style of painting that would go on to inspire generations of artists across the globe, and make his own work some of the most valuable art in the world.

With the Renaissance in full-swing and Italy overflowing with aspiring artists, Titian managed to soar above any would-be rivals and distinguish himself as one of the most admired Old Masters. Read on to find out how.

Born in the late 1480s at the foot of the Dolomite mountains, Titian found artistic influences at an early age when his father sent him to Venice to find an apprenticeship. He and his brother were trained by Gentile and Giovanni Bellini, who were both highly regarded painters at the time. In Giovanni’s studio, Titian found himself working among other young men who would also become hugely successful artists. Most significantly, he developed a competitive friendship with Giorgione, and to this day, art historians and collectors still debate whether some paintings from this period, such as the one below, are the work of Titian or Giorgione.

In letters to his friend Aretino, Titian revealed that he couldn’t bear to be away from the city for too long because he needed his models. They would arrive by gondola at his studio, and the artist would then paint them from life, often without the detailed plans and sketches typically made by his contemporaries. This gives Titian’s works, especially his portraits, a particularly sensual feel. Although he was married from 1525-1530 and had three children with his wife, it is widely believed that Titian slept with his models, and it is almost certain that they were prostitutes. In Venice, respectable women were expected to be modest and chaste; men could find an outlet for their sexual urges with the multitude of prostitutes who worked there.

Just as Titian was producing some of his best-known portraits, several residences were opened up in Venice for ‘converted prostitutes’. Nowhere is this concept better captured than in his ‘Penitent Magdalene’, which presents Mary Magdalene looking both reverent and undeniably sexualized.

During the sixteenth century, portraits were the ultimate status symbol, and a portrait by Titian demonstrated one’s position at the top of society. The faces he paints express unmistakable emotions: anger, disdain, pleasure, fear, pain.

He also painted many religious pieces, including his ‘Assumption of the Virgin’ behind the altar at the Church of Santa Maria Gloriosa dei Frari in Venice, which is considered to be among the finest surviving Renaissance works. His depictions of Christ often focus on the passion and convey a striking sense of suffering, capturing the religious fervor of sixteenth-century Italy.

He was also commissioned to produce a series of mythical landscapes and used pagan themes to explore the senses in a way that was considered unacceptable in Christian art. ‘The Bacchanal of the Adrians’ is well-known for the languid, inviting figure of the reclining nymph, as well as the cheeky boy urinating beside her.

In all these pieces, Titian utilizes color in a revolutionary way, creating images that appear to move before the eyes. He combines loose, broad brushstrokes with fine lines and details, giving unparalleled depth to his scenes.

Early in his career, his work caught the eye of some of Italy’s most powerful aristocrats, including the Dukes of Ferrara, Urbino, and Mantua. For the first of these rulers, he painted his ‘Venus and Adonis’, famous for its dramatic use of subtle light and shadow to capture the contours and movement of the human form. The two lovers are not locked in a static embrace but are shown in the midst of their interaction. In the 1530s, he even corresponded with the court of Pope Paolo III, one of the most influential figures in the world.

It was not only in Italy, however, that Titian won great renown. His paintings became hugely popular across Europe and were sent by ship to the Holy Roman Emperor, Charles V, and the King of Spain, Philip II. As a result, it is said that Titian became the richest artist who had ever lived.

During his lifetime, Titian had refined and perfected an artistic style characterized by the dramatic use of color, full-bodied forms, and bold handling of the brush. This is poignantly shown in the final work, the ‘Pietà’, which was originally planned to be placed in his tomb after he died in 1576. Titian had a huge impact on the future of Renaissance painting, and the history of art in general, with artists from Rembrandt to Rubens taking inspiration from his work.

His paintings have remained equally as popular with collectors, such as Empress Catherine the Great of Russia. Unsurprisingly, many of the most sought-after pieces have historically been held in the Doges Palace in Venice, but England’s Blenheim Palace, the ancestral home of Winston Churchill, had an entire room known as the ‘Titian Room’ until it burnt down in 1861, along with its treasures.

The majority of Titian’s work is now held by institutions worldwide, but they do occasionally appear on the market. His ‘Portrait of Alfonso d’Avalos with a Page’, ‘Diana and Actaeon’ and ‘Diana and Callisto’ were sold at auction for roughly $70 million each in 2003, 2009 and 2012 respectively, making them some of the world’s most expensive paintings.

Titian: Did you Know?

Titian’s signature is often hidden inconspicuously in the collar of a pharisee’s cloak, or an unnoticed oil pot in the background.

Titian was one of the millions in Europe who died of the plague.

One of Titian’s closest friends was Pietro Aretino, who became infamous for his satirical criticism of Italy’s most influential figures. He is also known for his wildly pornographic poetry.

10 Things To Know About Giorgione