HomeArtistsWassily Kandinsky: The Father of Abstraction

Wassily Kandinsky was a Russian artist known for his artistic theories and innovation. He viewed art as a spiritual vehicle and the artist as a prophet. Kandinsky was the first known 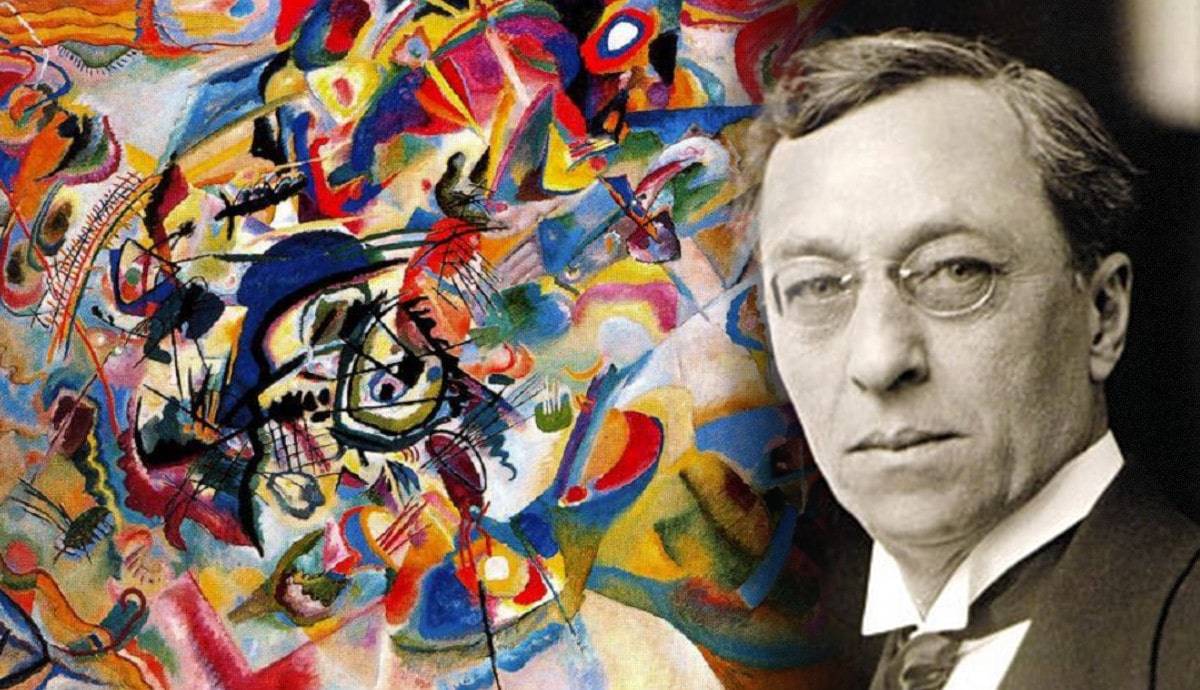 Wassily Kandinsky was a Russian artist known for his artistic theories and innovation. He viewed art as a spiritual vehicle and the artist as a prophet. Kandinsky was the first known and recorded European artist to create fully abstract artworks. This would change the trajectory of Modern Art and open possibilities in the art world for the rest of time.

1. He had an ethnically diverse background

Wassily Kandinsky was born in Moscow, Russia in 1866. Though he is known as a great Russian painter, his lineage is technically both European and Asian. His mother was a Muscovite Russian, his grandmother a Mongolian princess and his father a Serbian Kyakvita.

Kandinsky grew up in a well to do family. At a young age he was well traveled. He specifically felt at home in Venice, Rome and Florence. Kandinsky asserts that his attraction to color began around this time. He noticed color in art and the world around him, more specifically, how it made him feel.

He finished secondary school in Odessa. Throughout his schooling, he performed locally as an amateur pianist and cellist.

2. He did not begin painting until age 30

In 1866, Kandinsky studied law and economics at the University of Moscow. His interest in art and color peaked while exploring the city’s architecture and vast wealth of art. He felt a deep connection with Rembrandt’s works after visiting the city’s churches and museums.

In 1896, at the age of 30, Kandinsky began to study art Anton Azbi’s private school before eventually being accepted into the Academy of Fine Arts. Kandinsky says that Claude Monet was one of his biggest artistic inspirations.

The light and color changes in Monet’s Haystacks series seemed to take on a life of their own and he was deeply drawn to that. Kandinsky also cites musical composers, philosophers and other artists as inspirations, specifically those in Fauvist and Impressionist circles.

3. Kandinsky was an Art Theorist

Kandinsky was not only an artist but also an Art Theorist. He believed that visual art was much deeper than its purely visual characteristics. He most notably wrote “Concerning the Spiritual in Art” for the Blue Rider Almanac (1911).

“Concerning the Spiritual in Art” is an analysis of form and color. It declares that neither are simple concepts, but they do connect to idea association that stems from the artist’s inner experience. Given that these connections are all within the viewer and artist, color and form analysis is “absolute subjectivity” but enhances the artistic experience nonetheless. “Absolute subjectivity” is something that has no objective answer but subjective analysis is valuable for understanding in itself.

Kandinsky saw artists as prophets, with the ability and responsibility to open viewers up to new ideas and ways of experiencing. Modern art was a vehicle for new thought and exploration.

Given his theory, it makes sense that Kandinsky painted works that did not just capture reality but the unconscious experience of moods, words, and other subjects. This came to fruition through abstract paintings that focused on color and form with little or no figurative elements. Kandinsky was the first European artist to create fully abstract works.

He wanted to evoke emotions and sound and the viewer’s own experience through pure colors and forms. His interest in music led to his view of paintings as compositions, with sound imbued in on their canvas like the visual is imbued in musical composition.

5. Kandinsky was forced to return to Russia

After sixteen years of studying and creating art in Germany, Kandinsky was forced to return to Moscow from Munich. Now, in his middle ages, Kandinsky felt like an outsider in his mother country. He made little art during the first few years until finally feeling better and more creative by 1916.

At this time, he became involved in the Russian art world. He helped organize the Institute of Artistic Culture in Moscow and became its first director.

Ultimately, Kandinsky found that his artistic spiritualism simply did not fit in with the dominant Russian art movements. Suprematism and Constructivism were the major artistic styles. They glorified the individual and materialism in a way that clashed with Kandinsky’s spiritualistic views. He left Russia and returned to Germany in 1921.

Back in Germany, Kandinsky taught courses at the Bauhaus school until a Nazi smear campaign forced the school to relocate in Berlin. The Nazi regime seized much of its art, including works by Kandinsky.

His art was then displayed in 1937 at Nazi art exhibition, Degenerative Art. In addition to Kandinsky, the show displayed works by Paul Klee, Pablo Picasso, Marc Chagall, to name a few.

Frederic Spotts, author of Hitler and the Power of Aesthetics defined Degenerate art as works that “insult German feeling, or destroy or confuse natural form or simply reveal an absence of adequate manual and artistic skill.”

Modern art movements were radical and supported rebellion, something the Nazi government did not want. The exhibition was an attempt to prove that Modern Art was a Jewish conspiracy to undermine and ruin German purity and decency.

Rigide et courbé sold on November 16, 2016 at Christies for a record 23.3 million dollars. Before that sale, Kandinsky’s Studie für Improvisation 8 (Study for Improvisation 8) sold for 23 million.

Given Kandinsky’s historical importance for abstract art, it is no wonder that his works sell for substantial amounts. Many sell for less than 23 million but they still remain valuable in the art market.

After the Bahaus moved to Berlin, Kandinsky also moved, settling in Paris. Even though he is known as a Russian painter, he became a French citizen in 1939.

He painted some of his most prominent art while living in France and ultimately died in Neuilly-sur-Seine in 1944.