HomeAnswersWhat Are the Four Cardinal Virtues of Stoicism?

What Are the Four Cardinal Virtues of Stoicism? 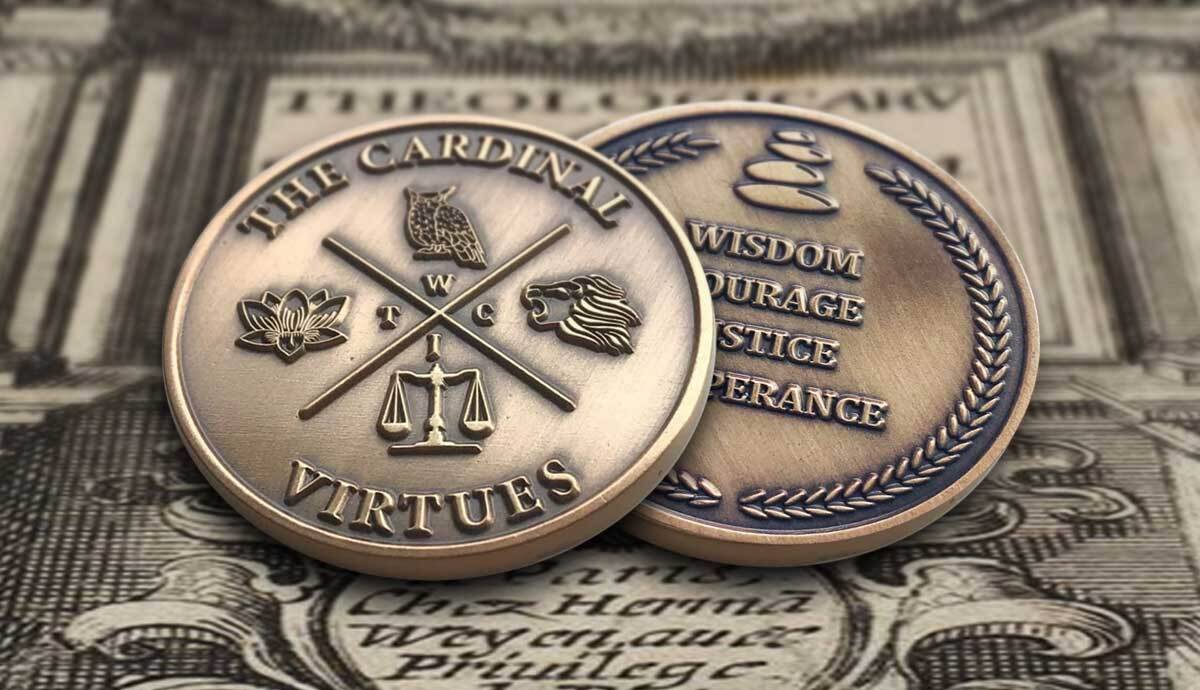 Stoicism was a school of philosophy that emerged out of Ancient Greece, and it remained popular throughout the Roman Empire, until around the 3rd century CE. While its ideas shifted and changed throughout the centuries, Stoicism centered around a series of four fundamental mind habits. These were known as ‘Cardinal Virtues’, that its leaders believed could lead to a better, happier and more fulfilling life. The four virtues of Stoicism were: wisdom, courage, temperance, and justice. Let’s delve into the Stoic attitude towards each virtue to find out more.

Ancient Greek Stoics emphasized the importance of practical wisdom (sometimes referred to as prudence) which they called phronesis. This virtue of Stoicism was important for distinguishing the differences between the good, the bad and the indifferent. Stoics thought being able to make these distinctions was important in making sound judgements and logical decisions in a practical, considered way, rather than acting with passion or impulse. They divided wisdom into the sub-topics of common sense, calculation, quick-wittedness, discretion, and resourcefulness. Contemporary Stoic scholar Massimo Pigliucci says, “A wise person is the one that takes the right course of action, not just instrumentally, but morally.”

Another important trait in the virtues of Stoicism, courage, or fortitude, is the state of remaining strong and in control of one’s emotions, no matter what life has to throw at you. Stoics divided courage into the following sub-categories: endurance, confidence, high-mindedness, cheerfulness, and industriousness. In all these categories we see the emphasis on remaining positive and productive in the face of adversity. Ancient Greek Stoics emphasized that courage is not about eliminating fear, but rather accepting it and pushing through with endurance and resilience. Easier said than done, perhaps. But this trait marks the great strength of character we see in high-profile figures, world leaders and top athletes, who have all seen their own fair share of adversity.

Temperance, also known as moderation, is all about acting with restraint, self-control and discipline. This virtue of Stoicism means regulating one’s emotions rather than being swept up in the heat of the moment. Stoics subdivided temperance into the following categories: good discipline, seemliness, modesty, and self-control. This act of self-regulation can refer to any aspect of life. It is about controlling and moderating one’s bad habits such as over-eating, drinking too much wine, or wallowing in a pool of pity or despair.

Stoics even thought we should control our feelings of extreme excitement and happiness so we don’t get too carried away. Although this aspect might sound boring, the Stoics thought it was better to focus on long-term well-being rather than short-term pleasure. Or, in essence, taking a step back and seeing the bigger picture.

The final fundamental trait in the four virtues of Stoicism is Justice, also known as morality, or what the Greek philosophers called Dikaiosynê. Stoics subdivided justice into the character traits of piety, honesty, equity, and fair dealing. This virtue is all about doing what is right and fair, particularly when the going gets tough.

People who live with a strong sense of justice and an inner moral code stand up for themselves, their wider communities, and society as a whole. Roman Stoic Philosopher Musonius Rufus described justice: “To honor equality, to want to do good, and for a person, being human, to not want to harm human beings. This is the most honorable lesson and it makes just people out of those who learn it.” Stoics also believed in the power of ‘distribution’ – the dishing out to others exactly what they deserve. This can be a real positive, making sure people are treated with dignity and respect. But it is also about making sure criminals get their due, and this has trickled down into the legal justice systems of today.