In this article we explore five of the most important ethical theories in moral philosophy. 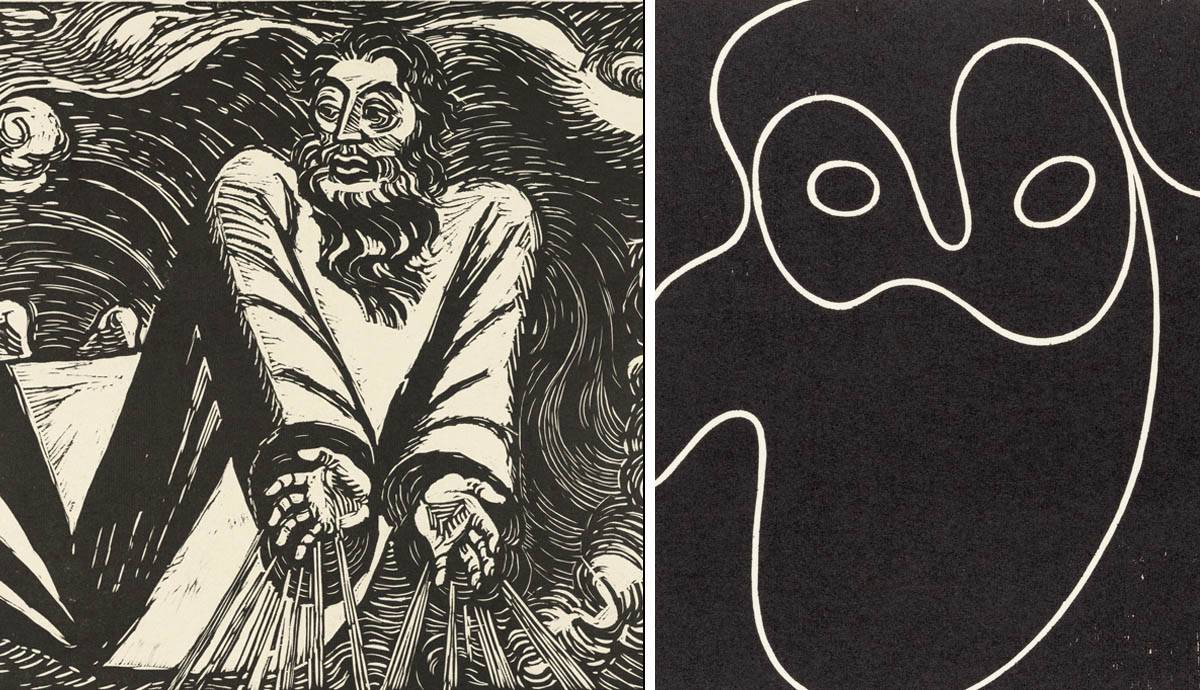 We all have beliefs about what is moral and what is immoral. But where do we get those beliefs from and how are they justified? In this article, we look at five of the most important theories in moral philosophy.

A question that we could ask about act consequentialism is: how can we make moral decisions without knowing the outcome of those decisions? Perhaps we merely intend to bring about the best possible outcomes, and that is what matters.

Rule consequentialism proposes that we can assess whether an action is moral or immoral according to whether the decision to act abides by certain ‘rules’ that generally lead to positive outcomes. Lying, for example, tends to lead to negative outcomes. Therefore, according to rule consequentialism speaking truthfully is a moral act, even if it results in an undesirable outcome.

So far we have looked at two types of consequentialism that attempt to secure the best possible outcomes. However, negative consequentialism proposes that we ought to minimize harm rather than try and secure pleasure or the best possible outcome (which may in turn result from minimizing harm). Perhaps the most radical negative consequentialist is David Pearce, who proposes that we ought to eliminate all suffering from the Earth with the aid of technology and drugs. In his self-published memoir, he refers to this idea as the ‘hedonistic imperative’.

Problems with consequentialism lie in its subjective nature and its heavy reliance on our ability to predict what will bring about positive consequences.

Liberalism is a moral philosophy that prioritizes human freedom. This philosophy was summarized by the nineteenth-century philosopher John Stuart Mill:

“The only purpose for which power can be rightfully exercised over any member of a civilized community, against his will, is to prevent harm to others.”

Liberalism is largely a political moral philosophy that aims to prevent governments from interfering with the lives of people, except for when the actions of people harm others. It is associated with civil libertarianism, a type of political thought that promotes civil liberties (individual freedoms). Taboo subjects like sex work and illicit drug use are generally seen to be acceptable forms of behaviour provided they harm no one else.

A problem often raised by critics is that liberalism may be short-sighted. Similar to consequentialism, we can question who is harmed and whether we can be sure of the carry-on effects of our actions and who they may affect.

Virtue ethics takes its name from its emphasis on virtue. According to this moral philosophy, an act is moral if it contributes to a person’s virtuous character. Take stealing, for example:

A virtue ethicist may conclude that in Case 1 the theft that took place was out of desperation and as such cannot contribute to that person’s virtue or character development. However, in Case 2 the thief is stealing for the sake of a greater good, which is to improve the lives of his friends and neighbors. In Case 2 the thief is acting virtuously, whereas in Case 1 the thief only acts to serve their base instincts.

Stoicism is an ancient form of virtue ethics that has seen a rise in popularity since the COVID-19 pandemic began. It teaches adherents to critically assess their emotions and their knee-jerk reactions to events in the world and to uphold a virtuous character. If you are to act virtuously one must imagine what a virtuous person might do and then follow their example. Of course, virtue ethics could be potentially vague, given the intricacies of humanity and of the social contexts people live in.

If you believe that stealing is always wrong no matter the circumstances, you may be a moral absolutist. Moral absolutism claims that there are moral facts that never change. The Ten Commandments are an example of moral absolutism, whereby commandments such as ‘do not steal’ are examples of what moral philosophers call ‘divine command theory’. Interestingly, it is precisely this lack of flexibility that could raise problems for moral absolutism.

Take divine command theory, for example. If God is the sole decision-maker about what is moral and immoral, could God change his mind? That is to say, could God make an immoral act moral? Not only does this type of question challenge the omnipotent (all-powerful) characteristic of God, it could have radical implications no matter the answer. For if God can make an immoral act moral we can ask ‘for what reason?’. If that reason happens to be that God simply changed its mind, then all of morality comes from a whim and is without a satisfactory reason. However, if God cannot make an immoral act moral it suggests that even God must abide by moral laws. If that is the case, we can ponder whether God is necessary for morality at all. These are the types of questions that philosophers of religion have tackled for centuries.

On the opposite end of the spectrum, we have moral nihilism. Moral nihilism claims that there are no moral facts whatsoever. Some philosophers, like Immanuel Kant, have suggested that if there is no God (or even if there is no idea of God) then there can be no objective basis for morality, although some modern atheists dispute this, such as Sam Harris. Moral nihilism is often associated with moral decay and the downfall of civilization. However, moral nihilism in some way or another finds its way into other moral theories.

One example of a moral philosophy that is arguably nihilistic is moral relativism. Simply put, moral relativism is the view that morality is determined by social convention and is differently understood across cultures and times. According to moral relativists, there is no proper or universal moral code.

Another example of moral nihilism can be found in a moral philosophy called non-cognitivism. Moral non-cognitivism states that most (or all) of our moral statements and beliefs are not based on reason. Rather, they are based on preference and personal taste. Take Youtube comments for example. Non-cognitivists would likely suggest that many of the inflammatory remarks that people post about popular social issues are knee-jerk emotional responses that masquerade as moral judgments. Similarly, if you believe that X, Y or Z are moral simply because your parents or community told you so, you may have fallen into the trap of consensus rather than having formed a rational basis for your moral beliefs.

Perhaps the most pertinent question we can ask about moral nihilism is whether it is useful to us. Does knowing that there are no moral facts help us? Perhaps two questions are going on here; 1) is there an appropriate way to act? and 2) do morals exist? Moral nihilism says that there are no moral facts, but there may still be non-moral reasons to behave a certain way, and nihilist theories may help explain this.

The Key Questions of Moral Philosophy

Moral philosophy largely comes in two forms: practical ethics and metaethics. Practical ethics has to do with deciding what is the right course of action in real-life situations. For example, biological ethicists determine how humans or animals should be treated in a scientific study, or how a study involving living things ought to be conducted. Metaethics, on the other hand, is what we have discussed in this article. Metaethics seeks to find a theoretical basis for our morality–what makes something moral or immoral and why.

What is your moral code? Where do you derive your moral beliefs from? On what basis are they justified? These are the questions we should ask as we develop our moral philosophy.