Jean-Paul Sartre was a leading twentieth-century French philosopher and novelist. In this article, we look at his most important contributions to philosophy. 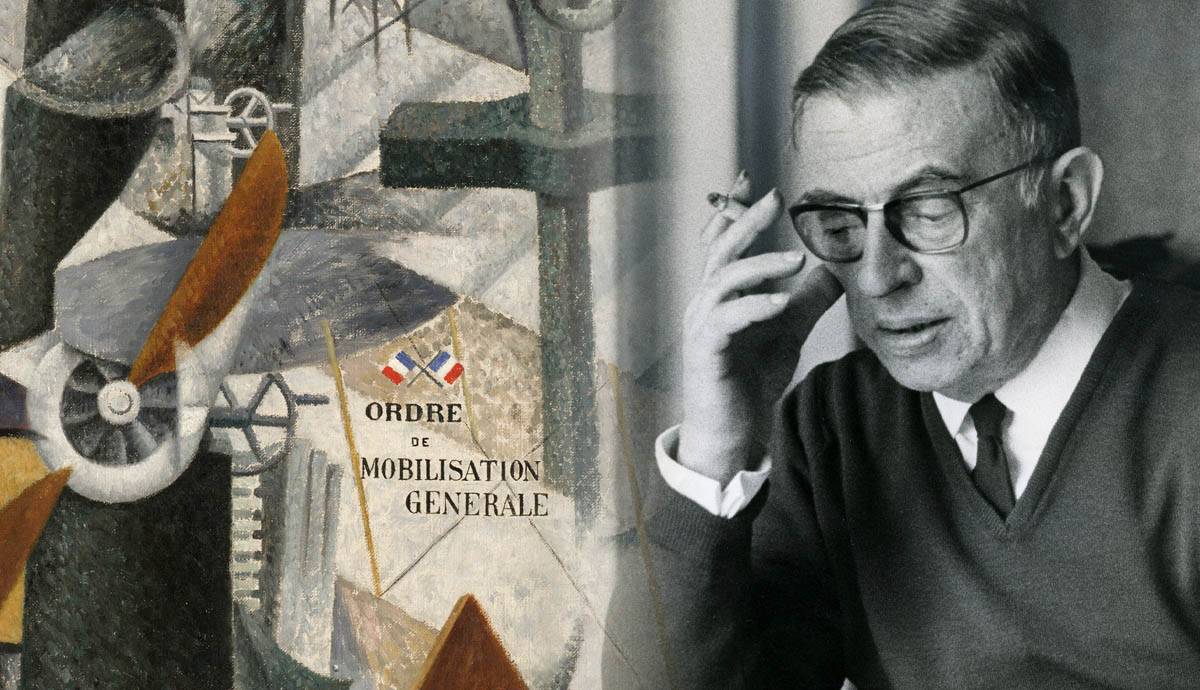 Jean-Paul Sartre was born in 1905, in Paris. He was to become one of the most famous writers and philosophers of the twentieth century, eventually declining the Nobel Prize for literature in 1964. His philosophy and writings on existentialism provoked strong themes of human freedom and the corresponding angst that comes with the responsibility of being free. Jean-Paul Sartre’s philosophy attracted many adherents in philosophy and the arts and he notably had a relationship with second-wave feminist, Simone de Beauvoir. In this article, we look at some of his most significant contributions to existential philosophy found throughout his various writings.

For Sartre, there are philosophically significant differences between the states of being between things in the world and people. Things that are not conscious, such as rocks, chairs, or can-openers, are what he referred to as being-in-itself. A can-opener is defined by what it does (opens cans) which defines what it is. No matter how you use a can-opener, its defining quality (i.e., essence) is that it is an object that opens cans. A rock, similarly, is a rock no matter what you do to it. These types of objects are locked into their essence and cannot change it.

Sartre suggests that people are not like things (such as rocks or can-openers), which is why he uses the term “no-thing-ness” to refer to the kind of being that people are. Unlike things, we do not have an intrinsic essence. A can-opener, for example, has an essence that was ascribed to it before it even existed. A designer created that object for the sake of opening cans. In this way, we can say that its essence preceded its existence. According to Sartre, we are not designed by a God, therefore we are unlike things; i.e., no-thing-ness. With this in mind, we can now begin to understand Sartre’s greatest contribution to existential philosophy.

“What do we mean by saying that existence precedes essence? We mean that man first of all exists, encounters himself, surges up in the world – and defines himself afterwards […] He will not be anything until later, and then he will be what he makes of himself. Thus, there is no human nature, because there is no God to have a conception of it. Man simply is. […] Man is nothing else but that which he makes of himself. That is the first principle of existentialism.”
Sartre, Existentialism is a Humanism

If there is no designer (i.e., God), there is no intrinsic essence of human life, therefore there can be no human nature (what humans are supposed to be). Instead, we must invent our purpose, our own “essence”. So whereas a can-opener’s essence precedes its existence, the opposite is true for the being-for-itself. We exist first and then we must create our essence later. It is for this reason that Sartre proclaimed that we are “condemned to be free”.

One of Sartre’s most controversial contributions to philosophy is his claim that we are “radically free”; radically free to define our essence but also free to choose, act, and even change our emotions. Of course, radical freedom is not exactly a pleasant experience. Realizing we are free to choose means that we are entirely responsible for our lives, which creates angst — a feeling of anxiety or even despair. Nevertheless, to deny our radical freedom is what Sartre referred to as “bad faith”. Accordingly, we act in bad faith any time we refuse to take responsibility for our actions, beliefs, or emotions. He likened it to a kind of self-delusion. In this way, he controversially claimed in Being and Nothingness: A Phenomenological Essay on Ontology, that even slaves are free since they could choose to run away or end their own lives. To believe otherwise is to deny one’s radical freedom — to act in bad faith.

However, not everyone agrees with Sartre’s view on radical freedom. Are we free to choose when our choices are limited or coerced? If we are so radically free as Sartre suggests, what does it mean for someone to be a victim? Are they, in some sense, responsible for what happens to them? These unsavory aspects of Sartre’s philosophy contributed to the apprehension that many felt about existentialism at the time.

Sartre considered some of these concerns in his formulation of the being-for-itself. He believed that there are certain facts about ourselves which we cannot change no matter how radically free we are, which make up our “facticity”. These conditions include where a person was born, their social class, and their bodily condition. These form the background against which we make choices, the unchosen situation of the for-itself.

Sartre proposed that even though we cannot change our facticity (including aspects of our temporality), we can choose to not let those things define us. For example, if a person was bullied in school they can choose to transcend those past experiences in a way such that instead of shying away from the world they choose to become stronger and more courageous. Of course, there are some things that we cannot change, such as our skin color or body type. However, we can — according to Sartre — choose not to be defined by the stereotypes ascribed to us; instead, we define ourselves.

Defining ourselves — our essence — is a unique feature of Sartre’s philosophy, which can be empowering. However, it also comes with responsibility.

Lastly, synthetic unity is a term that Sartre used to describe the relationship between the for-itself and the in-itself. According to Sartre, meaning emerges from our conscious interrelations with things in the world. Take an illustration of a car, for example.

Here the illustration is a being-in-itself, it is simply there. To take a reductionist point of view, the object is made up of matter. Whatever meaning we ascribe to the object (e.g., that it is an “illustration” of a “car”) comes from our conscious relationship with that object. The interesting point that Sartre raised, however, was that the illustration of the car did not exist just in the mind of the being-for-itself. Rather, the illustration (e.g., of a “car”) exists within the synthesis between the being-for-itself and the being-in-itself, whereby it could not exist without both. For this reason, Sartre proposed that there are objective facts about the world that exist only within the relationship between the for-itself and the in-itself.

As we have seen here, Sartre helped to define some of the defining differences between conscious beings and things; therefore contributing to our understanding of ourselves. He proposed ideas that not only relate to consciousness but also to how certain facts emerge between the conscious and the non-conscious. Furthermore, his most significant contributions were about what it means to be a self, which he concluded to be one of no-thing-ness. From nothing, we henceforth create ourselves in an image of our own making. In doing so we find our freedom, which is radical and full of responsibilities.