What Is Russian Constructivism? 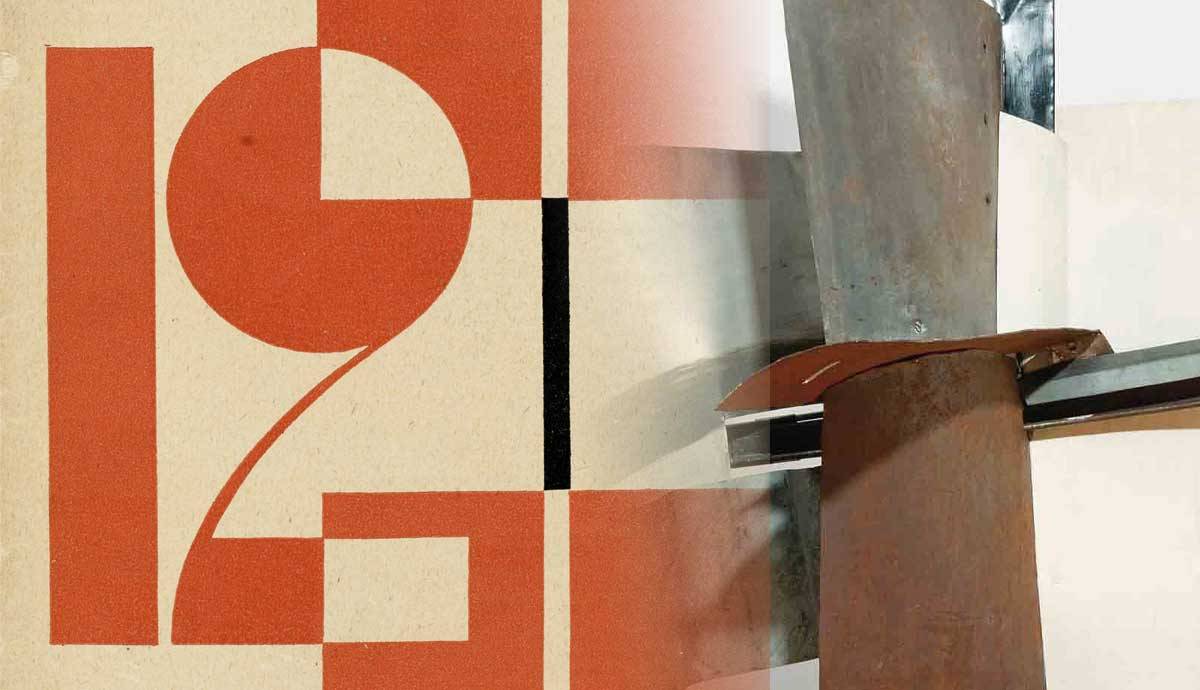 Russian Constructivism was a pioneering art movement from early 20th century Russia, that lasted roughly from 1915-1930. Leading artists, including Vladimir Tatlin and Alexander Rodchenko, explored a new, constructed language of geometry, making angular sculptures from scraps and shards of industrial materials. Artists associated with the movement later expanded into other art forms including typography and architecture. While the Russian Constructivists took influence from avant-garde art movements including Cubism, Futurism and Suprematism, the Constructivists deliberately made three-dimensional objects connected to the real world of engineering and industry. Let’s take a closer look through how the movement evolved over the years.

1. A Development of Suprematism

Russian Constructivism has its roots in the earlier school of Suprematism founded by Kasimir Malevich. Like the Suprematists, the Constructivists worked with a reduced language of geometric shapes that seem suspended mid-air. Vladimir Tatlin was the first Constructivist, and he exhibited his early Constructivist sculptures, titled Corner Counter Reliefs, at the Suprematist exhibition, titled the Last Futurist Exhibition of Paintings 0,10 in Petrograd in 1915. He made these slight, minimal sculptures from discarded scraps of metal, and arranged into the corners of architectural spaces like an extension of the building around them.

Merging art with industry was at the heart of Russian Constructivism. Artists tied their art with Communist ideals, believing art should be closely connected with ordinary life and should speak a language everyone could understand. Thus, connecting their art with industrial production brought it away from lofty escapism and back into the realms of real life. Early Constructivists worked with metal, glass and wood, and constructed sculptural forms resembling architectural forms or machine parts.

In their manifesto, which they published in the magazine Lef in 1923, the Constructivists wrote, “The object is to be treated as a whole and thus will be of no discernible ‘style’ but simply a product of an industrial order like a car, an airplane and such like. Constructivism is a purely technical mastery and organization of materials.” Later, artists expanded their ideas into a range of other art and design forms, including painting, typography, architecture and graphic design.

Vladimir Tatlin’s architectural model, titled Monument to the Third International, 1919, is the most iconic emblem of Russian Constructivism. (Historians often refer to this artwork more simply as Tatlin’s Tower.) The artist made this intricate and complex model as a planned building for the Third International, an organization committed to worldwide Communist revolution. Unfortunately, Tatlin never actually built the full tower, but the model has nonetheless become world renowned for its innovative curving forms and futuristic style.

Another important icon of Russian Constructivism was El Lissitzky’s ‘Proun Room’, in which he arranged a series of angular painted wood and metal pieces around the room to create a lively, engaging and all-encompassing installation. Lissitzky was particularly interested in creating a dynamic and sensory experience that would jolt the art viewer awake. He argued that this sensation mimed the same kind of changes he believed the Russian Revolution would bring about in society.

5. A Precursor to Minimalism

Although Russian Constructivism dissolved following the rise of Communism and Socialist Realism, several of its leading artists carried their ideas to the West, including Naum Gabo and Antoine Pevsner, where they continued to exert an influence. In fact, the simplified geometry, modern, industrial materials, and merging of painting and installation we see in Russian Constructivism paved the way for various abstract art movements that followed, most notably Minimalism in the United Kingdom and the United States.